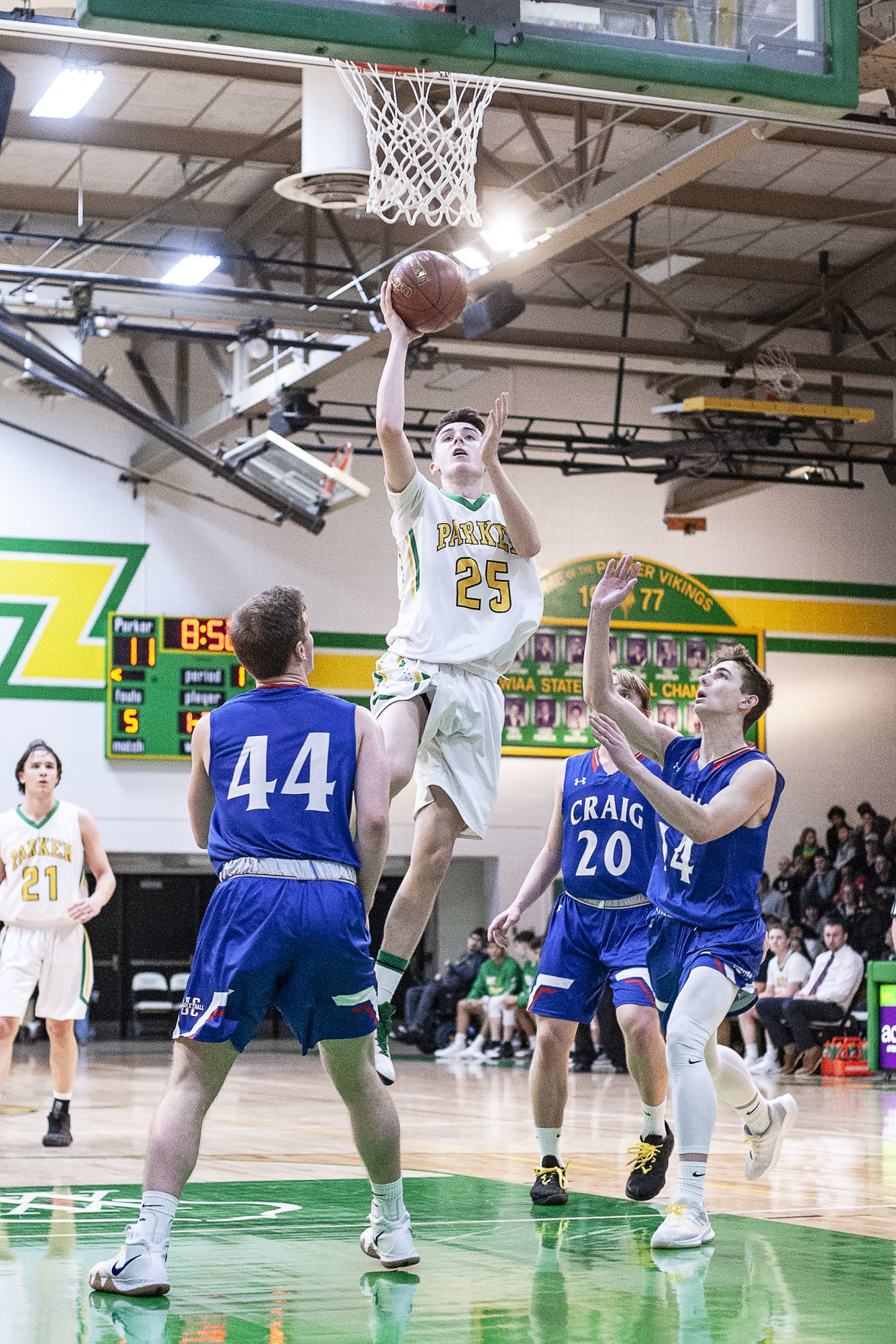 Janesville Parker's Brenden Weis attempts a shot as he jumps past several Janesville Craig defenders in the first half of a Big Eight Conference game Saturday, Jan. 19, 2019, at Parker High. 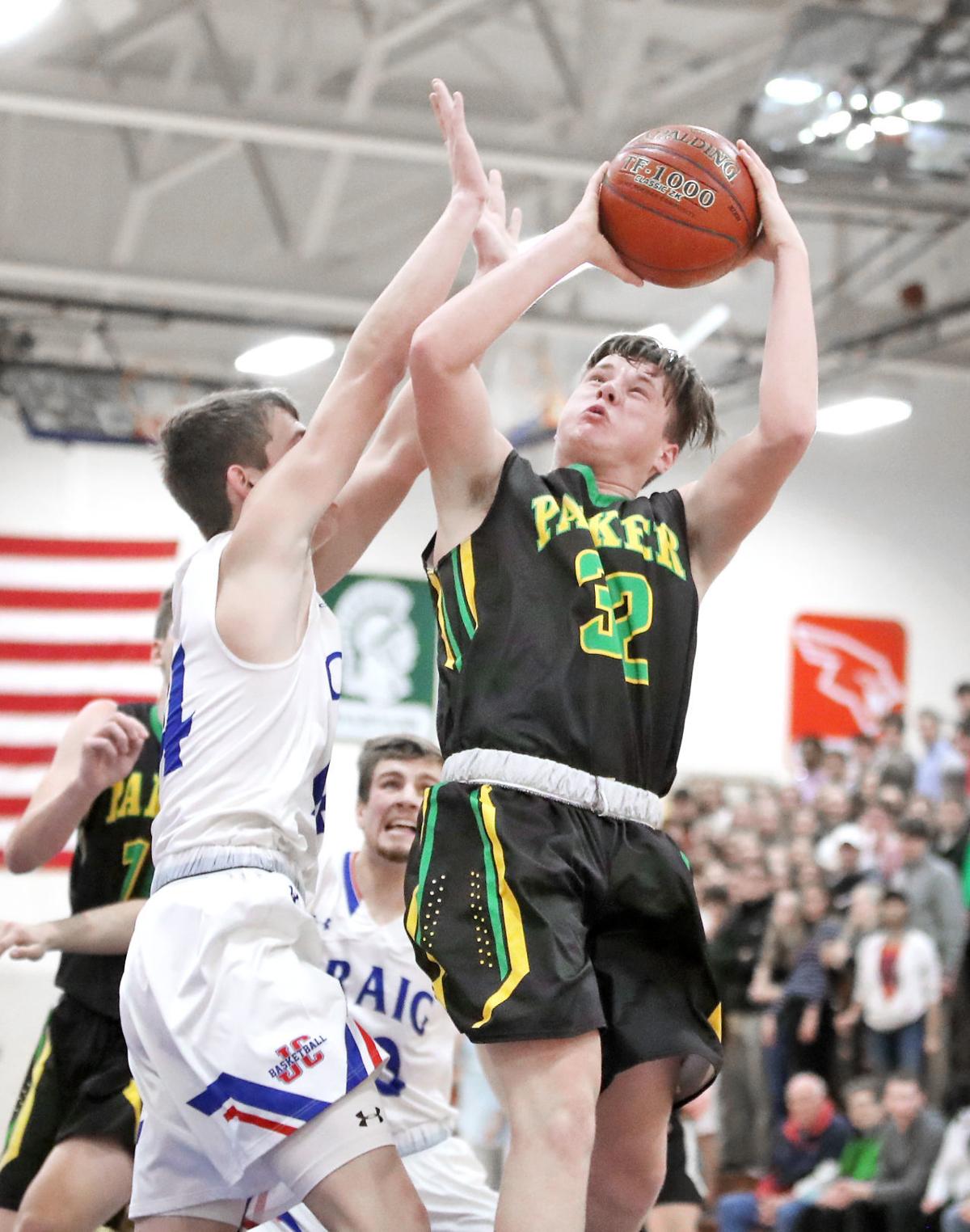 Janesville Parker's Brenden Weis attempts a shot as he jumps past several Janesville Craig defenders in the first half of a Big Eight Conference game Saturday, Jan. 19, 2019, at Parker High.

The Vikings have won only 10 games overall the last four years. But with four starters returning, second-year coach Matt Bredesen believes his team can escape the Big Eight Conference cellar for the first time since the 2010-11 season.

“More than anything, I told the kids they have to learn how to win,” Bredesen said. “You have to go back to 2002 to find the last time Parker had a winning season. And winning isn’t just about ability, it’s about mentally and physically being able to complete the task.

“We need to get a couple of wins early, especially on the road. We haven’t won a road game in our conference in five years.”

Parker’s season does not open until Dec. 6 with a Big Eight Conference road game against Verona.

“Branden really came on the second half of last season and had a really strong summer,” Bredesen said. “He’s playing with a lot of confidence right now.”

“He is going to present some matchup problems with his length.”

Matthew Hartwig is the Vikings’ leading returning scorer. The 6-3 junior averaged 8.0 points a game last season and was second on the team in rebounds.

“Matt’s probably a little undersized for the post, but he more than makes up for it with his hustle and heart,” Bredesen said. “He’s an excellent rebounder, has good feet and makes good decisions on the court.”

“I’m predicting a big senior year for Brady,” Bredesen said. “He’s shown really good progression the last two years on varsity and has taken on more of a leadership role this year as team captain.

“And DeLong is our best shooter. He has the ability to spread the floor and open up some driving lanes.”

Ethan Thompson started several games last season and will likely open at point guard. The junior is a steadying influence on his teammates, according to Bredesen, and has really improved his jump shot.

Kaden Vernon (6-3) brings good length to the floor and is one of the team’s top defenders.

Bredesen calls junior Braxton Connors the best athlete on the team, while 6-6 sophomore Jacob Nabor provides a big body that can back up in the post.

Junior Nick Galvan provides depth in the backcourt and is expected to be one of the team’s top shooters beyond the arc.

“Most of these kids have played a lot of basketball together, including over 50 games in the summer,” Bredesen said. “Hopefully that translates to success on the floor.

“Our biggest thing is how we handle adversity and respond to it.

“East, Sun Prairie and La Follette are going to be very good, but I think the rest of the Big Eight will be pretty even. If we can avoid injuries, I think we’ll be very competitive.”