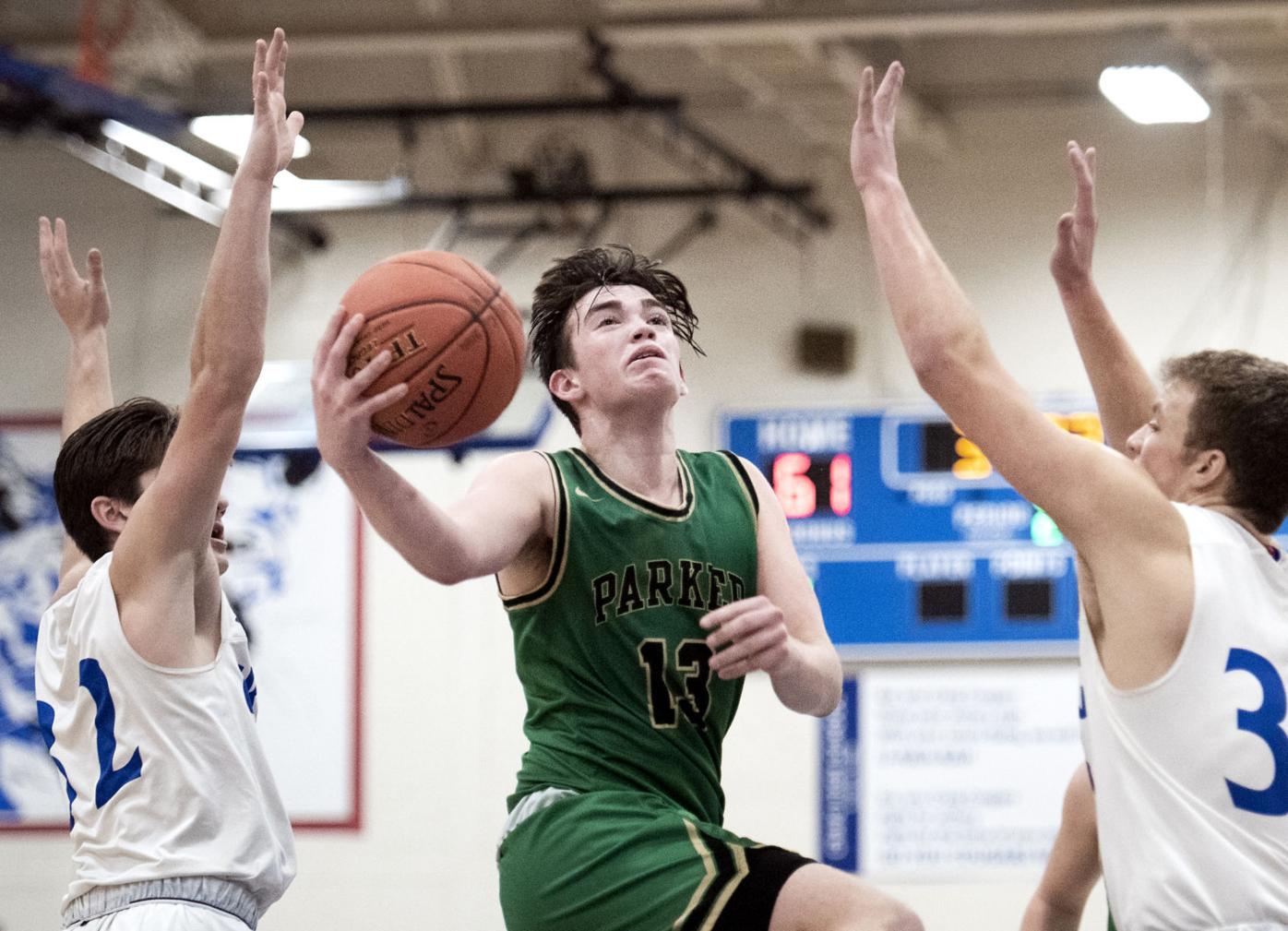 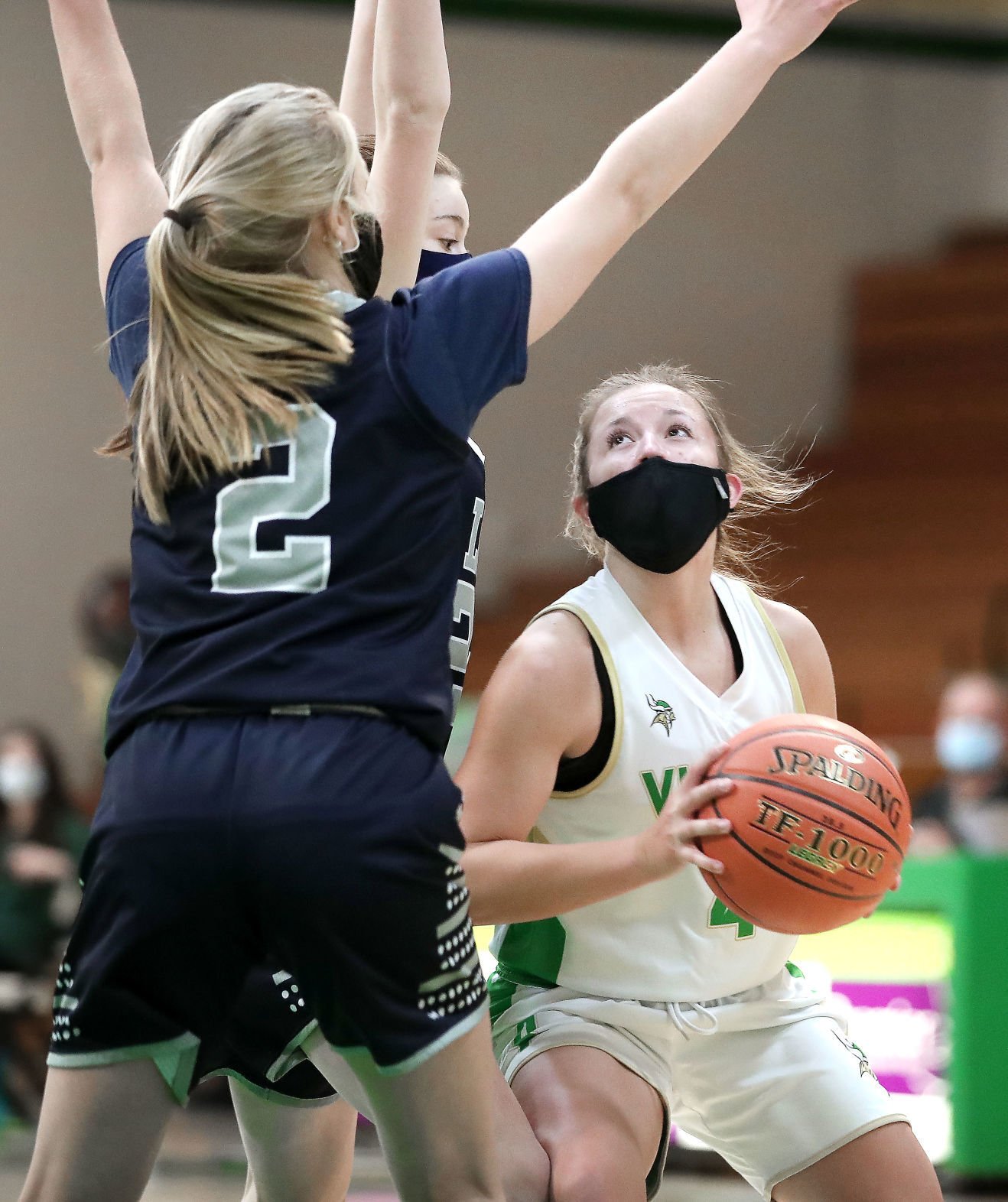 Janesville Parker’s Alli Rosga looks to shoot beneath the basket during their nonconference season opener against Lake Country Lutheran at home on Tuesday, Dec. 1. 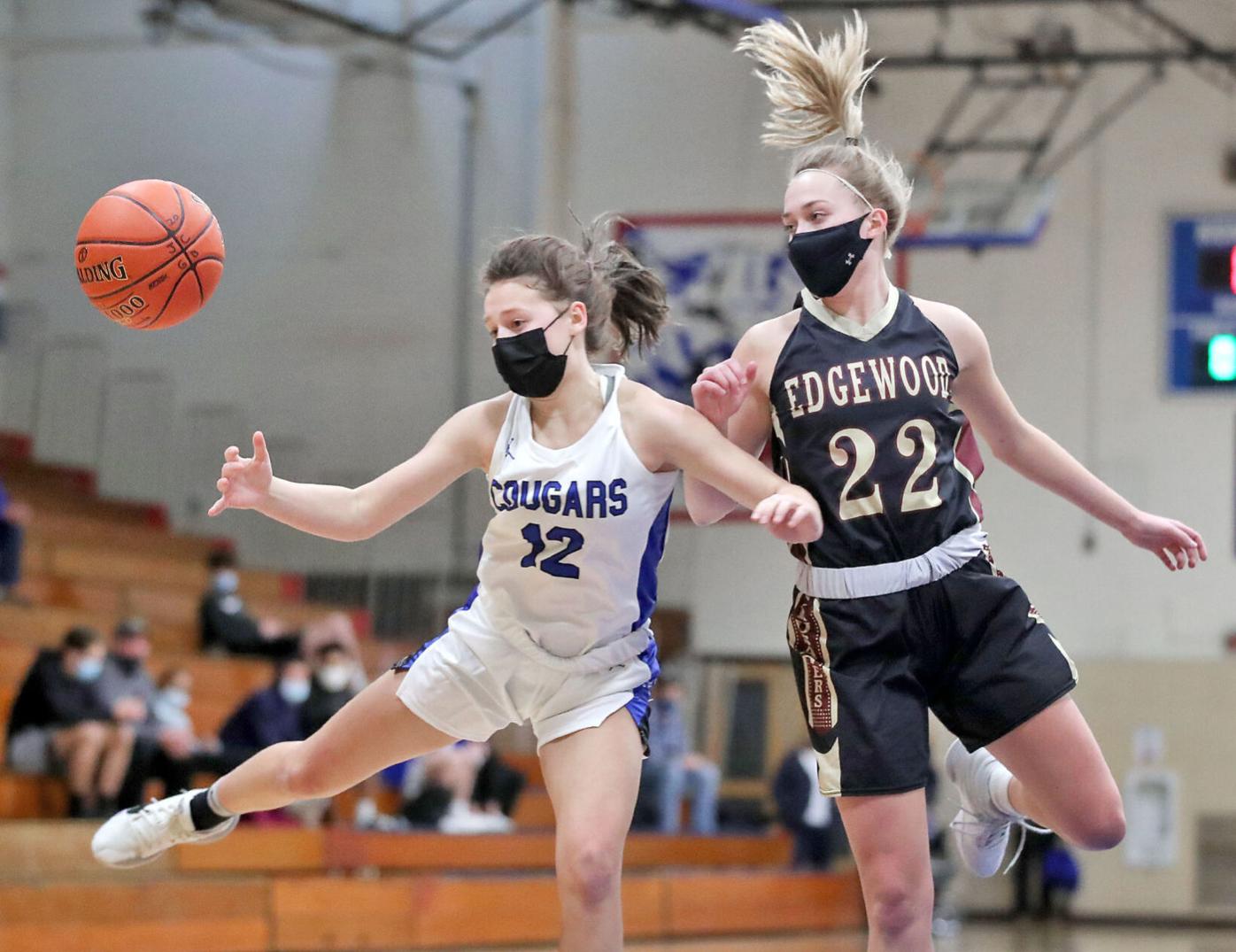 Janesville Craig’s Ellie Magestro-Kennedy, left, and Madison Edgewood’s Amber Grosse both compete for the loose ball during a nonconference game last week. Wearing masks while running the court has been a hassle, but players love the opportunity to be competing.

Janesville Parker’s Alli Rosga looks to shoot beneath the basket during their nonconference season opener against Lake Country Lutheran at home on Tuesday, Dec. 1.

Janesville Craig’s Ellie Magestro-Kennedy, left, and Madison Edgewood’s Amber Grosse both compete for the loose ball during a nonconference game last week. Wearing masks while running the court has been a hassle, but players love the opportunity to be competing.

Senior year. The last chance to play competitively with your lifelong buddies. And the opportunity to put your skills up against some of the best players in the state in arguably the best conference in the state.

That was the dream scenario for Robert DeLong heading into the 2020-21 high school boys basketball season.

Unfortunately, the Janesville Parker sharpshooter was afraid a month ago none of that would unfold. He was facing the prospect of wrapping up his senior year virtually—stuck at home in what many consider one of the most memorable years of young person’s life.

DeLong won’t get the chance to play against eight of the other nine Big Eight schools after the conference canceled all winter sports competition, but he’s back on the hardwood and that’s all that matters to him.

Parker is 2-2 on the season, and DeLong is coming off a 26-point performance in a win over Palmyra-Eagle on Tuesday. He said he wasn’t sure what to expect a month ago.

“The week of the (school board) meeting, I thought that was it,” DeLong said of the season getting axed. “Once we went online (learning), I didn’t think they’d let us play.

“But I think going virtual actually helped us, because it limited the risks involved. This isn’t exactly how I thought or wanted the season to go, but at least we’re getting the opportunity to go out and play.”

The biggest change for all athletes competing is having to wear a mask at all times. Only swimmers can compete without one.

DeLong hopes the mask mandate on the court isn’t a permanent thing.

“You have to adjust and you get a lot tired faster. It’s hard to explain, because you’re constantly adjusting it and making sure it’s not falling off.

“But right now, you take what you can get. We’re one of only two Big Eight schools (along with Craig) that are getting to play. It’s a great opportunity.”

DeLong said the game itself hasn’t changed. He hasn’t noticed a difference in how physical teams play or the amount of contact that occurs rebounding, blocking out or playing defense. He said the only difference he notices is that players, coaches, referees and the limited number of fans allowed are all in masks.

DeLong is fixated on playing basketball at the next level and does not play a fall or spring sport. He played on the Swing 17U AAU team this past summer and got a full schedule in without any COVID setbacks, postponements or cancellations.

Tuesday night was the first time he’d played a game in the Parker gym since March. A month ago, he thought his playing days at Parker might be over.

“It’s disappointing to not be able to play the other Big Eight teams, because I really feel like our team can compete with anybody,” DeLong said. “But at the same time, its a great opportunity that we have that so many others don’t.”

IT’s an opportunity that seems to be working out thus far.

Craig picked up its first win Tuesday after two close losses to start the season.

The Cougars have won four straight in the series.

Parker has struggled to start the season. The Vikings have been blown out in all three losses and dressed only six players in each of the first three games because of injuries, grades or code violations.

Junior Alyssa Ayers leads the team in scoring at 8.5 points a game.

The only fans allowed at Saturday’s game are the two allotted per player for the home team only. The game can be seen via livestream on YouTube.com via Janesville Parker Athletics and heard live on WCLO AM 1230.