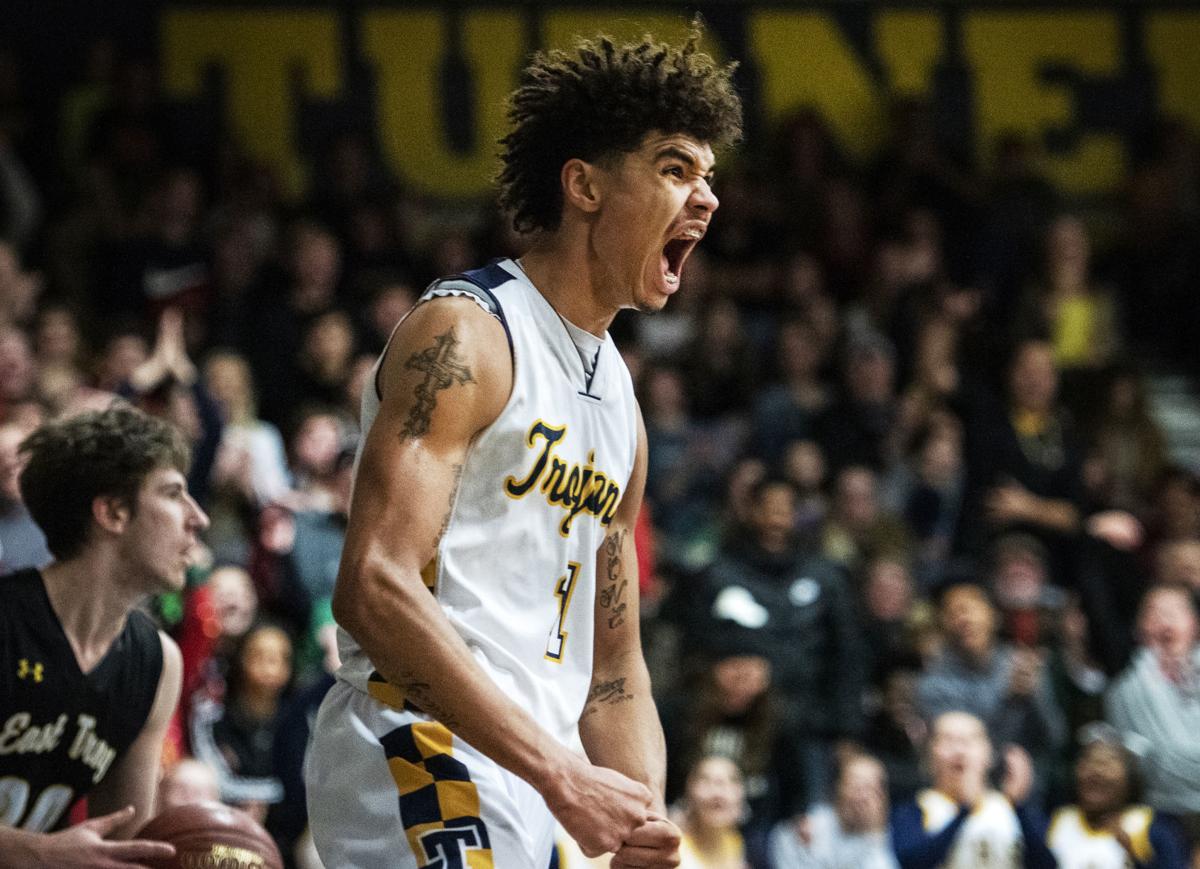 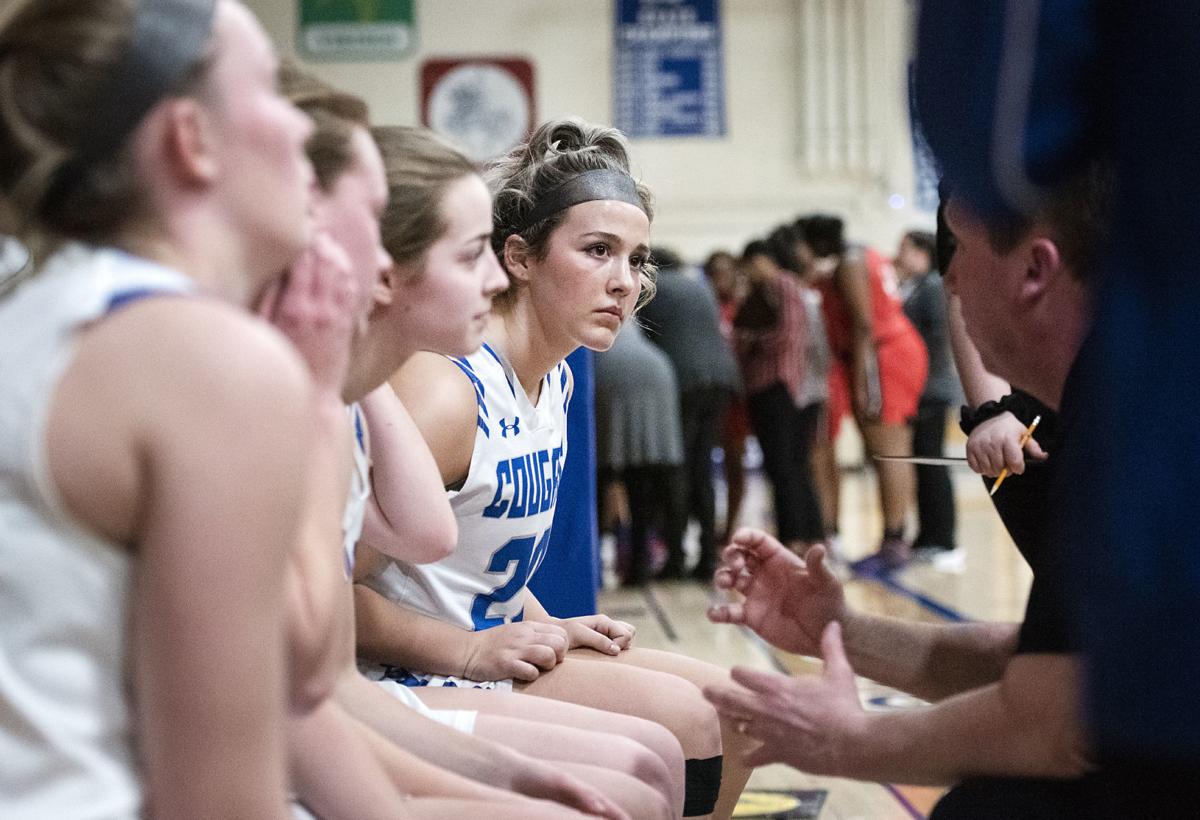 Craig’s Claudia Fieiras (20), center, listens during a timeout during the Cougars’ regional semifinal game against Racine Horlick on Friday, Feb. 28, 2020, at Craig High School in Janesville. 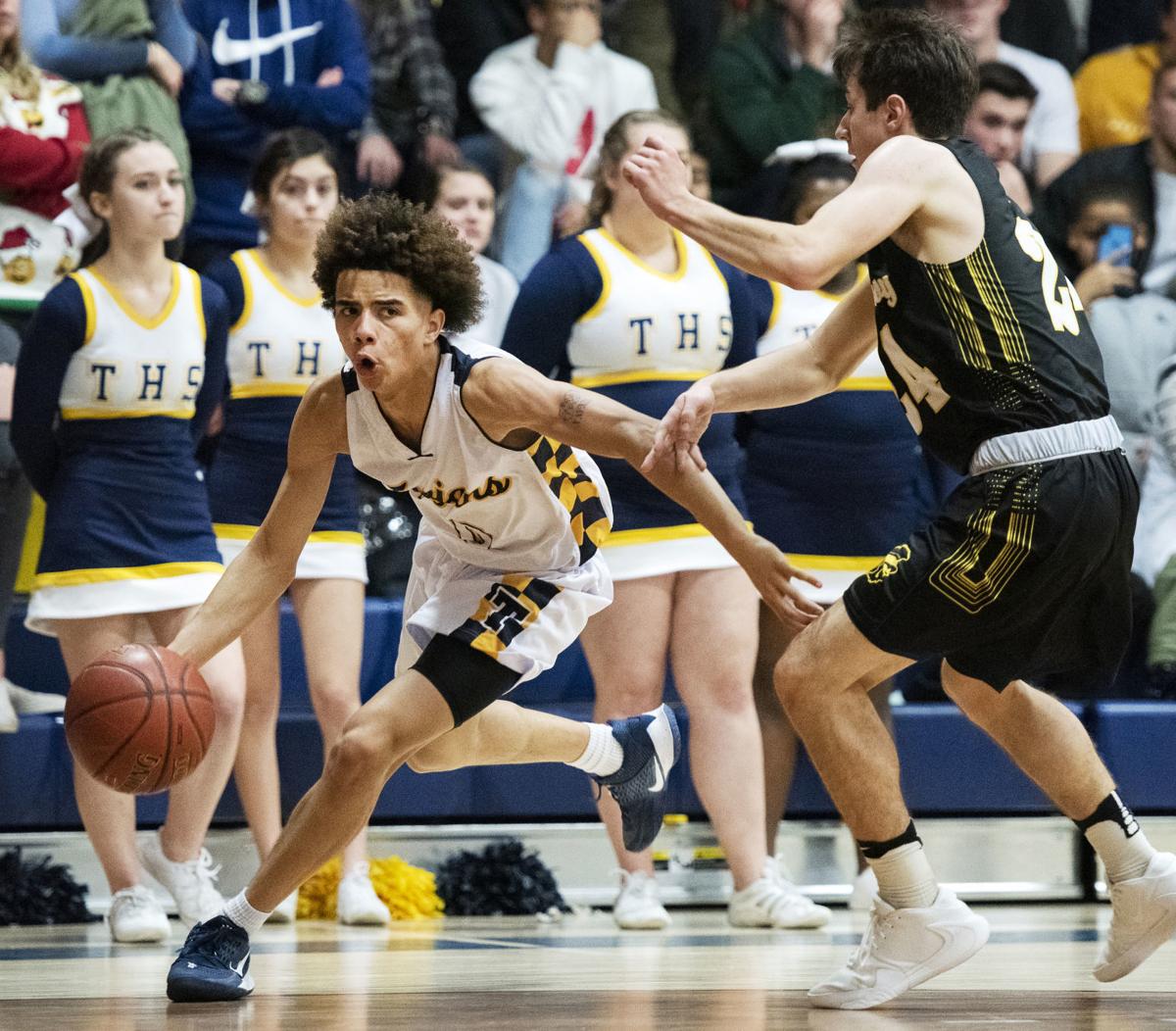 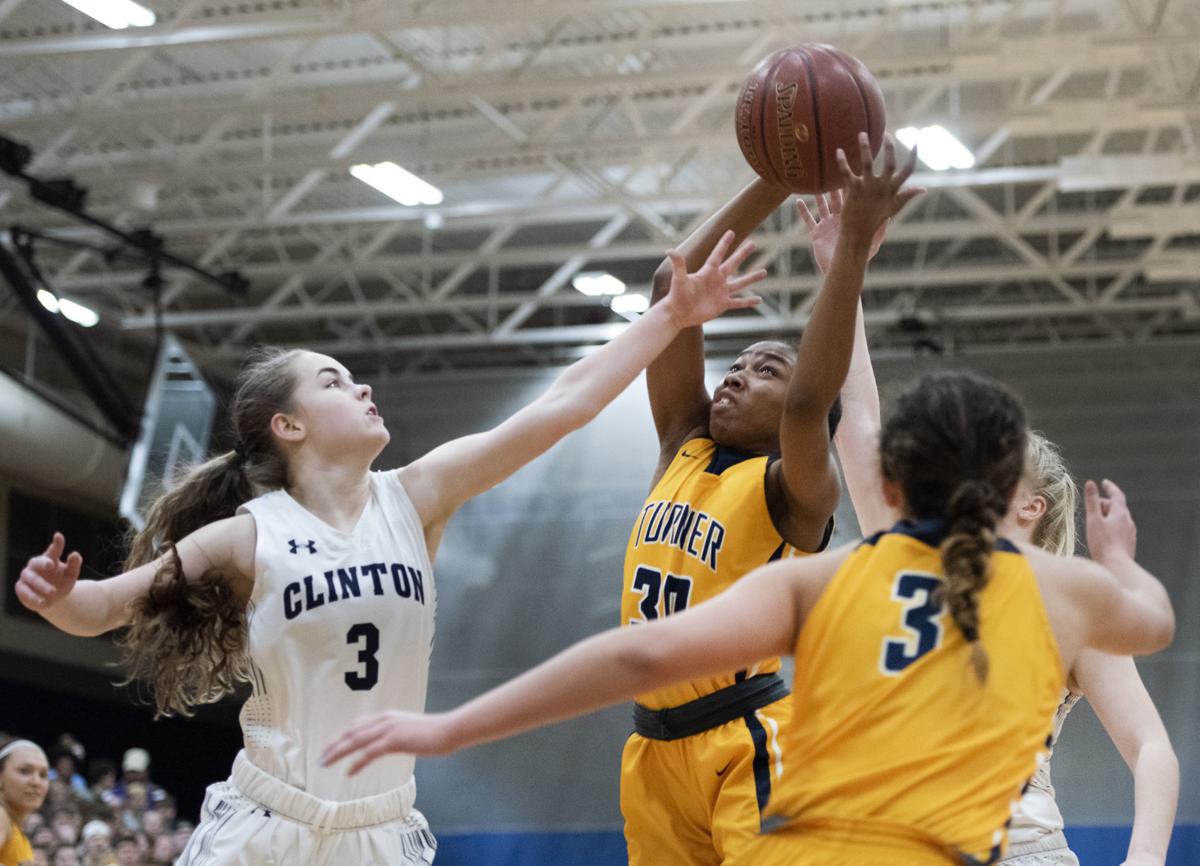 Craig’s Claudia Fieiras (20), center, listens during a timeout during the Cougars’ regional semifinal game against Racine Horlick on Friday, Feb. 28, 2020, at Craig High School in Janesville.

Last week, I unveiled my predictions for the girls state tournament.

Thankfully, none of my five predicted state championship winners stubbed their toes in regional play.

If they had, I probably should pick another profession.

Now let’s move on to the boys tournament and the five teams I expect to hoist a gold ball at the Kohl Center on March 21.

I picked a team from the Big Eight Conference (Madison Memorial) to win the girls Division 1 title, and I’ll stick with the best basketball conference in the state to win the boys, as well.

Madison La Follette spent much of the season as the top-ranked team in the state. The Lancers were unbeaten until losing in overtime to sixth-ranked Madison East.

The Purgolders are back to full strength, and with 6-foot-2 Division I recruit Anthony Washington leading the way, they will be a tough out in a loaded sectional that also includes La Follette, Madison Memorial, Sun Prairie and Waunakee.

Sussex Hamilton has the best player in the state in Patrick Baldwin Jr. and should get a chance to avenge two regular-season losses to top-ranked Brookfield Central in a sectional title game that is sure to draw a gazillion fans wherever it’s held.

When all is said and done, I’ll take La Follette’s speed, long-range sharpshooters and overall athleticism to upend the one-man wrecking crew that is Patrick Baldwin Jr.

This division seemed to be wide open until one Jalen Johnson returned to Glendale Nicolet. The state player of the year last season started his prep career at Sun Prairie and then transferred to Nicolet and led them to a state title last year as a junior. He transferred again, to IMG Academy in Florida, for one semester this past fall but returned to Nicolet during the winter break.

Since the 6-foot-8 Johnson, the nation’s sixth-ranked Class of 2020 recruit, returned to the lineup, Nicolet has won six straight games by double digits.

La Crosse Central features University of Wisconsin recruits Johnny and Jordan Davis. The dynamic duo are averaging 41 points a game combined, with Johnny fourth in the state in scoring at 28.4 points a game.

Onalaska won the Mississippi Valley Conference, has two wins over La Crosse Central and did not lose to a state team all season.

As much as it pains me, and probably many others statewide, the return of Johnson gives Nicolet a huge advantage in its quest for a second straight state title.

This division appears to be Racine St. Catherine’s and then everybody else.

The Angels have rolled to a 22-0 record and the state’s No. 1 ranking, with only two wins coming by less than 10 points.

Area-wise, Beloit Turner and Edgerton could be in line for a sectional semifinal game against each other for the second straight season. Turner is the No. 1 seed in the upper half of the Evansville Sectional and Edgerton the No. 2 seed. The Trojans won both Rock Valley meetings during the regular season.

Rock Valley champion East Troy is a No. 2 seed in the Waukesha South Sectional, but unfortunately for the Trojans, St. Catherine’s is the No. 1 seed.

I like Turner to grab the program’s first-ever state tournament bid, but also for the Trojans to receive the No. 4 seed at state, which would pair them with St. Catherine’s in a state semifinal.

Don’t think it really matters who St. Catherine’s plays at any point of the postseason.

Can Jerry Petitgoue get his fourth state title in his illustrious career?

The dean of high school coaches in the state has been Cuba City’s head coach since 1971.

The Cubans are 22-0 and have been ranked No. 1 all season. They’ve won all but one game by double digits and have scored over 100 points three times, including a whopping 126 in a win over Riverdale.

Milwaukee Academy of Science has plenty of talent and is averaging more than 82 points a game but also fattened up on several very poor Milwaukee city schools.

Roncalli could be a team to keep an eye on. The Jets have been soaring down the stretch and would likely meet Milwaukee Academy of Science in a sectional title game.

Much like the girls postseason, this is the division I know the least about.

Since everybody else seems to have jumped on the bandwagon, I’ll hop on board in support of Sheboygan Lutheran.

The alma mater of former University of Wisconsin standout Sam Dekker has lost only once all season and is averaging a ridiculous 93.6 points a game.

Jacob Ognacevic, a 6-8 Valparaiso University recruit, leads the state in scoring at 38.6 points a game.

I won’t even pretend to know anything else about any other team in Division 5, other than it appears Bangor is just as good in basketball as it usually is in football.

When all is said and done, I’ll take the Crusaders to win it all for the first time since Dekker scored 12 points in the last 48 seconds to lead Sheboygan Lutheran to the 2012 state title.

The top-seeded and top-ranked Cardinals have won 18 straight since a December loss to second-ranked Memorial. They beat Craig 73-54 and 60-40 during the regular season.

“We need to make Middleton beat us from the outside,” Craig coach Kerry Storbakken said. “No easy layups or high-low from Sitori Tanin and Karina Bursac.”

“We need to make shots early and have no regrets,” Storbakken said.

“All the pressure is on Middleton. We have nothing to lose. Just go out and have fun.”

Second-seeded Martin Luther ended the regular season with back-to-back losses but had won seven straight before that.

The Spartans were second in the Metro Classic Conference to unbeaten Racine Lutheran.

“They have a full-court press, a 1-3-1, and even when they drop back they do a lot of trapping,” Turner coach Nick Faralli told Adams Publishing Group’s Josh Flickinger. “That’s going to put a lot of pressure on us to be strong with the basketball. How we deal with that pressure is going to go a long way in determining who wins this game.”

Olivia Tinder leads the Trojans in scoring at 15.8 points a game.

Whitewater is the only common opponent between these two teams. Martin Luther defeated the Whippets in a regional final game last Saturday, while the Trojans lost twice to them in Rock Valley Conference play.

The ninth-seeded Regents limp into the postseason, losers of four of their last five.

Dayne Armwald led the Big Eight in scoring. The senior is averaging 23 points a game and had 31 in West’s 68-67 win over Craig.

“It all starts with Armwald,” Craig coach Ben McCormick said. “We have to play him super tight, because he’s proven to us in the past that he can beat you several ways.”

West is averaging 65 points a game but allowing 71.

Craig senior Caleb Scoville and junior Angelo Rizzo tied for second in scoring in the conference at 19.8 a game.

Like West, eighth-seeded Craig struggled down the stretch, losing four of its last five regular-season games. The only win came against West.