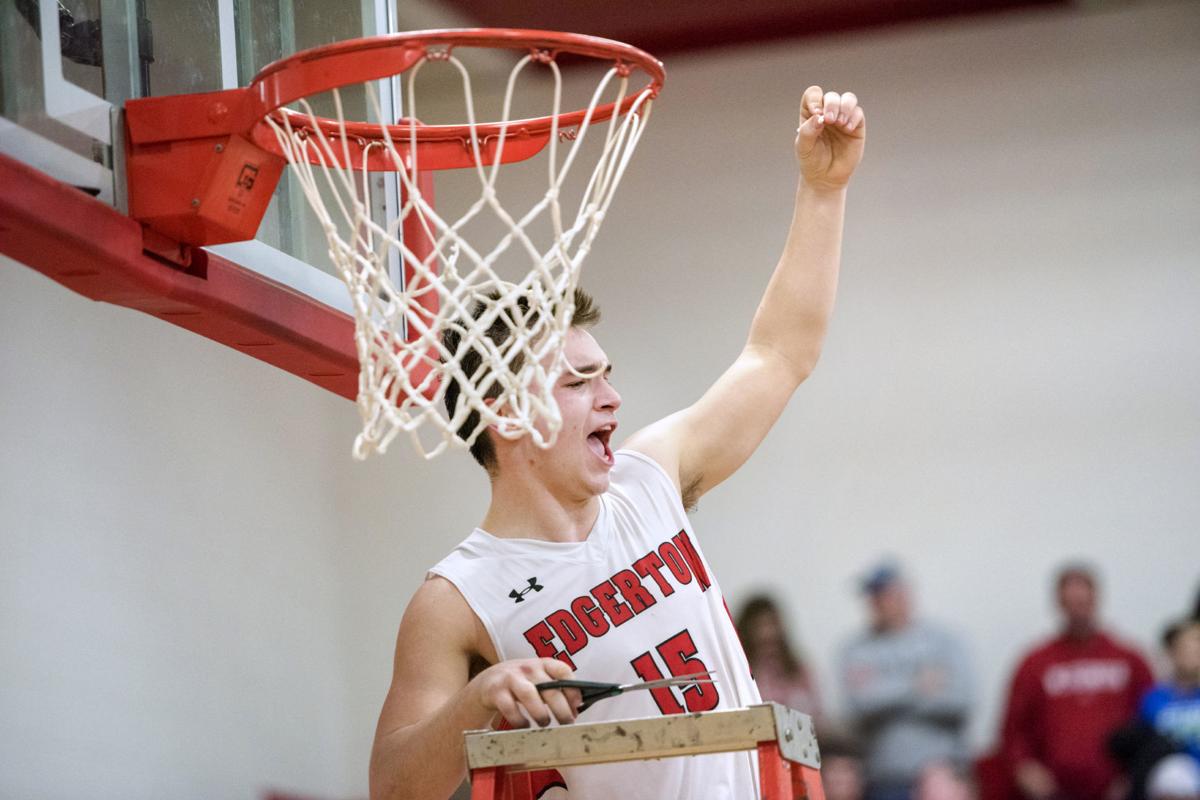 Edgerton's Dan Zeimet (15) holds up a piece of the net while celebrating the team's regional final victory against Lodi on Saturday, March 3, 2018, at Edgerton High School. 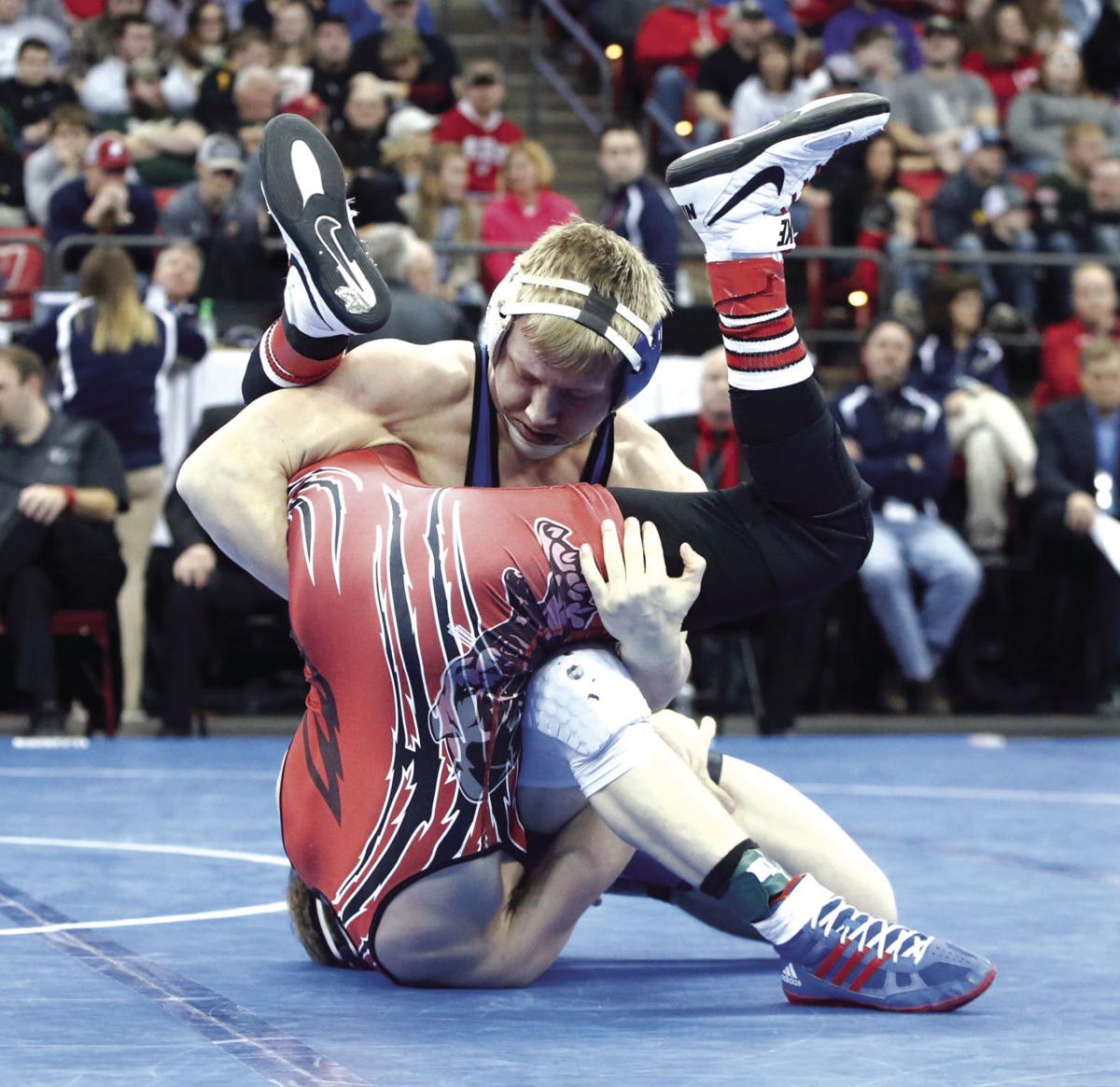 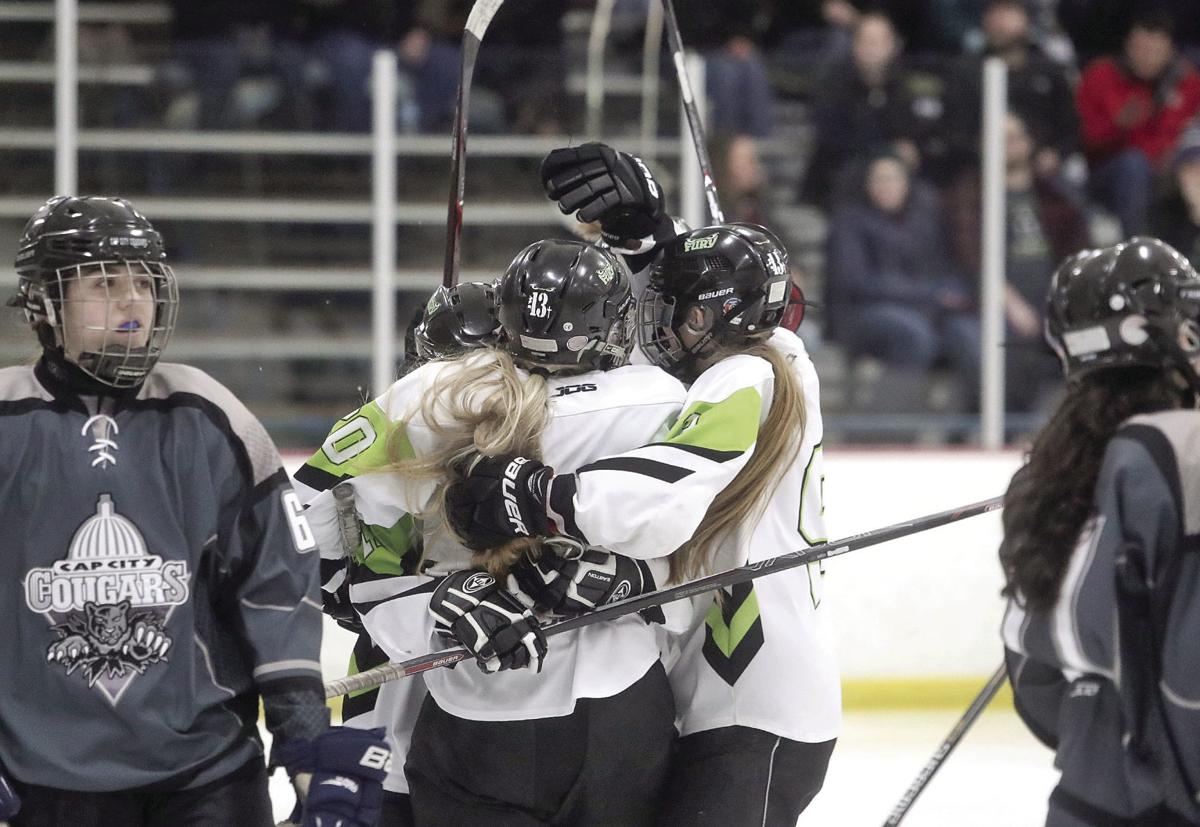 The Rock County Fury celebrate after a made goal by Maggy Henschler during their sectional final game against Sun Prairie Co-op at the Madison Ice Arena on Saturday, Feb. 24. The Fury lost 3-2.

Edgerton's Dan Zeimet (15) holds up a piece of the net while celebrating the team's regional final victory against Lodi on Saturday, March 3, 2018, at Edgerton High School.

The Rock County Fury celebrate after a made goal by Maggy Henschler during their sectional final game against Sun Prairie Co-op at the Madison Ice Arena on Saturday, Feb. 24. The Fury lost 3-2.

The boys state basketball tournament this weekend at the Kohl Center will put a cap on the winter sports season.

Athletes competed in five different sports, and as is generally the case, our area picked up plenty of state hardware.

Although several area athletes excelled, this turned into a three-person race.

Buescher, the Fury’s starting goalie, led the state in shutouts with 11 and goals against average at 1.40. She was second in the state in save percentage at .928 in helping lead Rock County to the sectional semifinals and a program-record 19 wins.

Henschler, one of five finalists for Ms. Hockey in the state, put up some eye-popping numbers for the Fury. She finished with 26 goals and 22 assists for 48 points—an average of two points per game.

Kicmol capped off his senior season by winning a state title at 152 pounds. He finished the season 46-4 and defeated Brodhead/Juda’s Jackson Hauri 10-2 in the championship match.

And the winner is: I’ll give the nod to Kicmol. He won a state title. Enough said.

No state champions in the mix this winter but plenty of quality teams that had successful seasons.

Edgerton was one win away from its first state tournament berth since 1941.

The Crimson Tide played the game the right way under second-year coach Daryl Fox and finished the season by winning 10 of their last 12 games. Three of Edgerton’s six losses were to East Troy, which also ended the Tide’s season in a Division 3 sectional final game.

Elkhorn’s boys swim team made a big splash this season. The Elks won the Southern Lakes Conference dual meet and tournament titles, won a sectional title and finished fifth at state in Division 2.

The Elks gymnastics team was a model of consistency all season in advancing to state. Elkhorn was second at the Division 2 Whitefish Bay Sectional to earn an automatic bid to state and finished fourth overall there.

And the winner is: I’ll go with the Fury and first-year coach Luke Steurer. The Fury were ranked in the top 10 in the state for most of the season but came up one game short of a state berth after losing 3-2 to the Cap City Cougars in the sectional title game.

The crystal ball brought mixed results from the girls state tournament. I correctly predicted Beaver Dam to repeat in Division 2—-which was a no-brainer—and also locked in on La Crosse Aquinas winning the Division 4 title.

I was stunned when Black Hawk fell in the Division 5 title game to Bangor, while my pick in Division 1—Oak Creek—lost in the semis to runner-up Mukwonago.

I should’ve stayed with my original hunch in Division 3. I liked Marshall all year long but thought its youth would be the downfall come tournament time. Hardly. The Cardinals beat Amherst in the title game. My pick, Laconia, didn’t even make it to state.

Three of the five teams I picked to win state on the boys side are still alive.

In Division 1, Sun Prairie was my pick going into the tournament, and I’m not changing my tune. Jalen Johnson is beyond good, and the Cardinals have not lost with him in the lineup.

Bangor was my pick in Division 5, and if the Cardinals can win it, that would give the school two gold balls in two weeks.

I liked defending champion Destiny in Division 4, but the Eagles are a no-show at state. And Brown Deer was my pick in Division 3, but Kettle Moraine Lutheran put an end to Brown Deer’s season in a sectional semifinal game.

Some of our area track and field teams will kick things off with some indoor meets Friday.