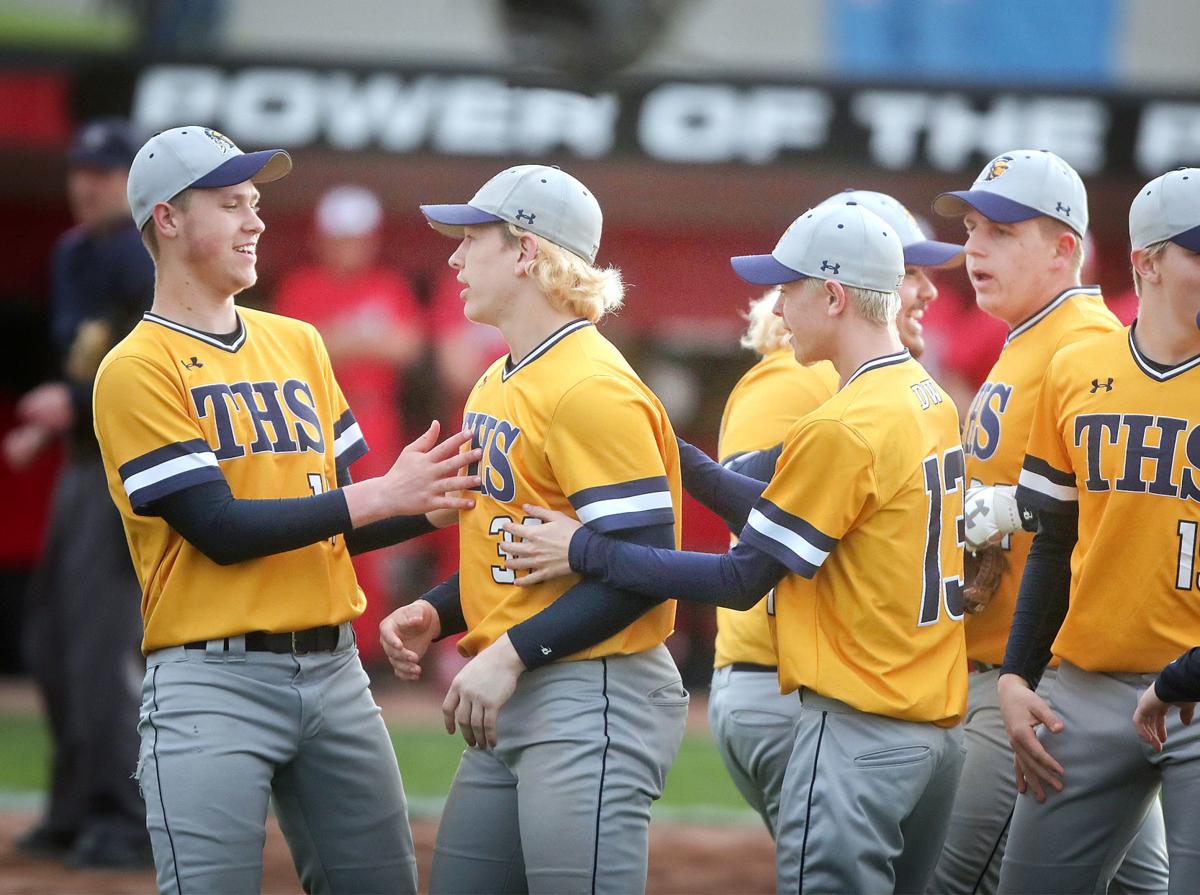 Beloit Turner gathers around pitcher Drew Ries, second from left, after winning their away game 4-3 in 8 innings against Edgerton on Friday, May 2, 2919. 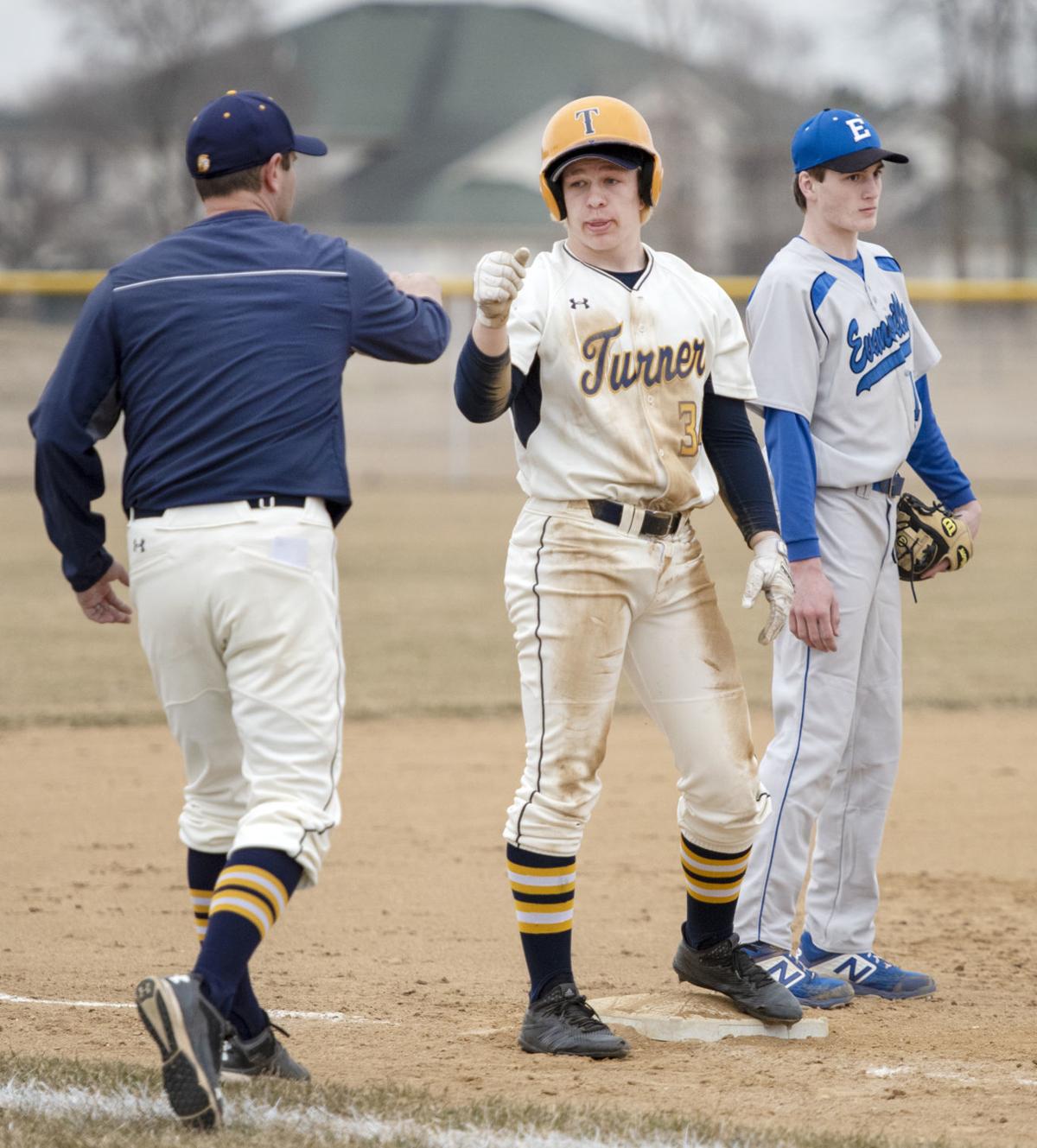 Turner's Drew Ries (34), center, fist bumps coach Jeff Clowes after stealing third base during a game against Evansville in 2019. Ries, who also stood out in football and wrestling, will play baseball for UW-Stout. 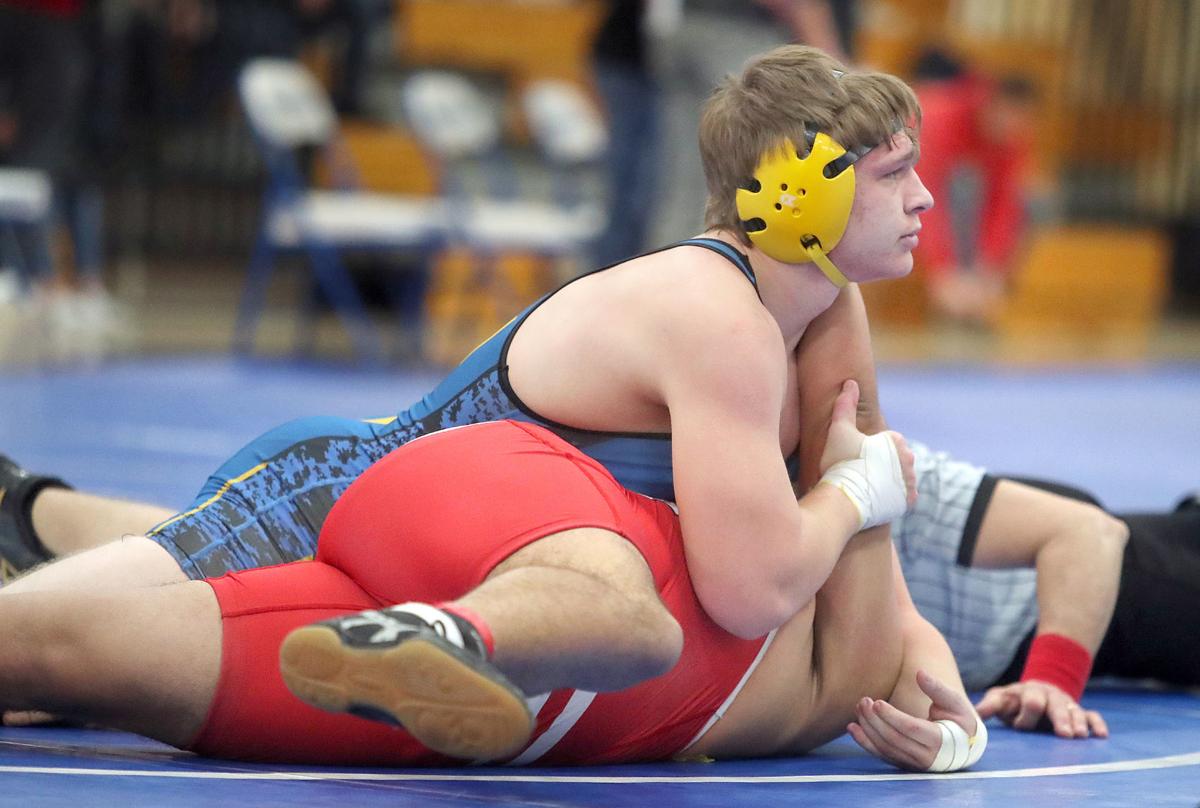 Beloit Turner’s Drew Ries wrestles during a regional meet as a junior in 2019. Ries finished in fifth place at the WIAA Division 2 state meet as a senior. 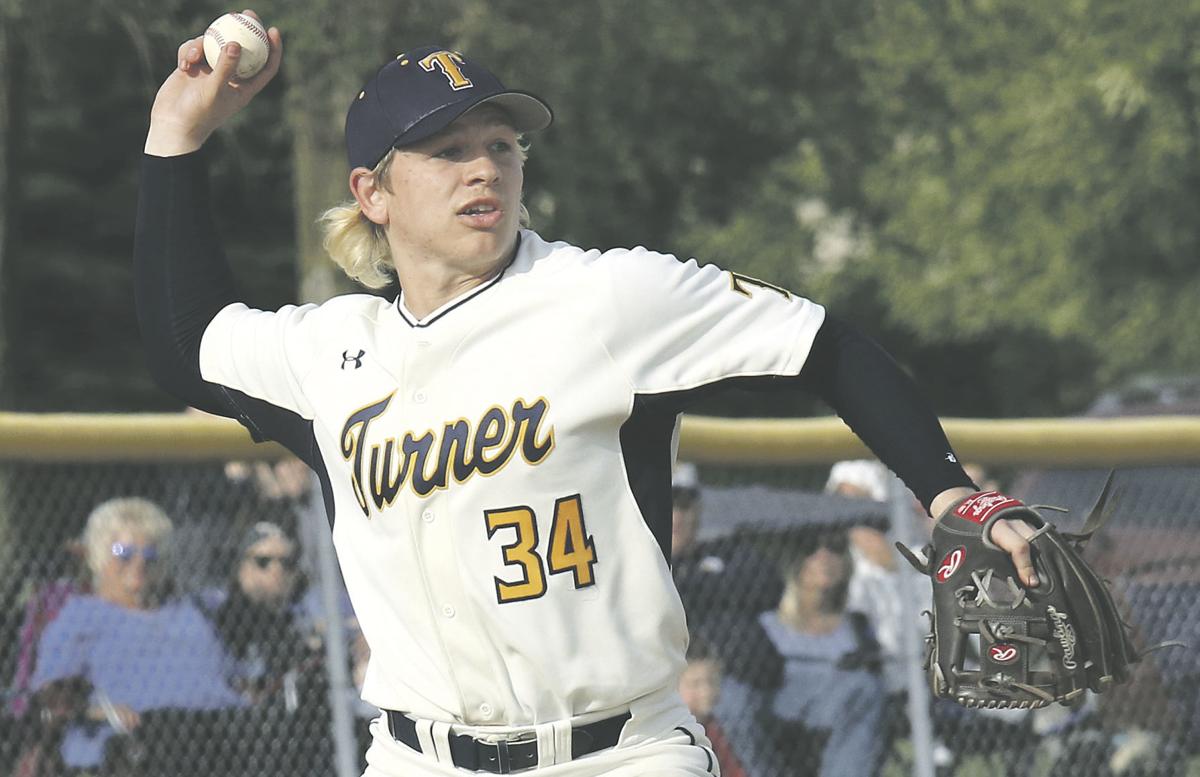 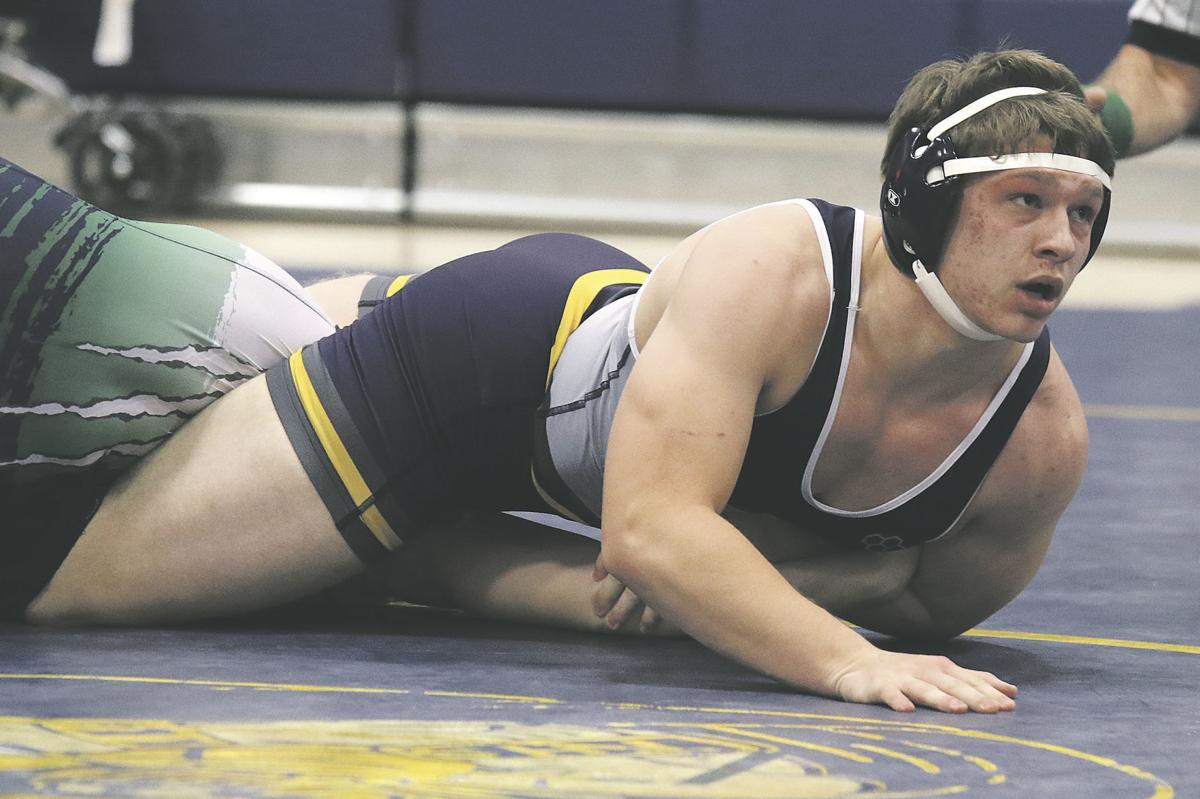 Beloit Turner gathers around pitcher Drew Ries, second from left, after winning their away game 4-3 in 8 innings against Edgerton on Friday, May 2, 2919.

Turner's Drew Ries (34), center, fist bumps coach Jeff Clowes after stealing third base during a game against Evansville in 2019. Ries, who also stood out in football and wrestling, will play baseball for UW-Stout.

Beloit Turner’s Drew Ries wrestles during a regional meet as a junior in 2019. Ries finished in fifth place at the WIAA Division 2 state meet as a senior.

Drew Ries has played his final game in a Beloit Turner uniform.

His athletic career, however, is far from over.

Ries will play baseball at UW-Stout after an outstanding career as a three-sport athlete for the Trojans.

He was the second-leading tackler as a hard-nosed linebacker on the football field.

Ries didn’t miss a beat this winter transferring over to the wrestling mat, where he finished fifth in the WIAA Division 2 state tournament at 195 pounds and was the Beloit Daily News all-area wrestler of the year.

And he was planning on once again being a key cog for the Trojans’ 2020 baseball team, which was expected to compete for a spot at or near the top of the Rock Valley Conference.

Ries said he never put much thought into being a three-sport star.

“I didn’t sit around and think about it,” Ries said. “I just knew that at the end of every season, I wanted more. We’d have about a week off between seasons, and I would just go home after school and be bored. Sports gave me something to do every day.

“I was someone who had a lot of fun every day at practice. I didn’t view it like it was work.”

It should be no surprise that Ries excelled both on the mound and at the plate. Turner coach Jeff Clowes said Ries was critical to the team’s success.

“Drew is one of those kids that I’ve known since he was a little kid,” Clowes said. “His freshman year he missed the season, but we still brought him along on the trip up to state because we realized what an important piece he was going to be in the future, and we wanted him to have a taste of what it was like.”

Clowes appreciated the ability to utilize Ries in a number of roles.

“He’s a versatile player,” Ries said. “For a lot of teams, he would have been a starting pitcher for the last two years. With guys like Preston Viens and Cory Walker, we felt like he would be better used as a closer, and he’s made a huge impact in that role.

“Offensively, I think he was the unluckiest hitter in the state last year. He hit almost .400 and he lined out 15 or 17 times. He’s a heck of a ballplayer that’s going to do really well at UW-Stout. He really set the tempo and came in every day with a lot of energy.”

Ries said he was looking forward to enhancing his leadership role this year.

“We have a really good freshman class coming in,” Ries said. “And Coach Clowes talked a lot about how it was going to be the job of the seniors to lead them and show them how we do things. I was really excited to do that.

While his individual accomplishments speak for themselves, Ries said it is the team camaraderie he will miss the most.

“My freshman year football team, we had a lot of groups and didn’t work well together as a team,” Ries said. “After that, every team I played on was all about team. You might not talk to people for the entire year, but when you get to play on the same team as them, for that time they become your best friends.”

As a three-sport standout Ries, that meant a lot of best friends.