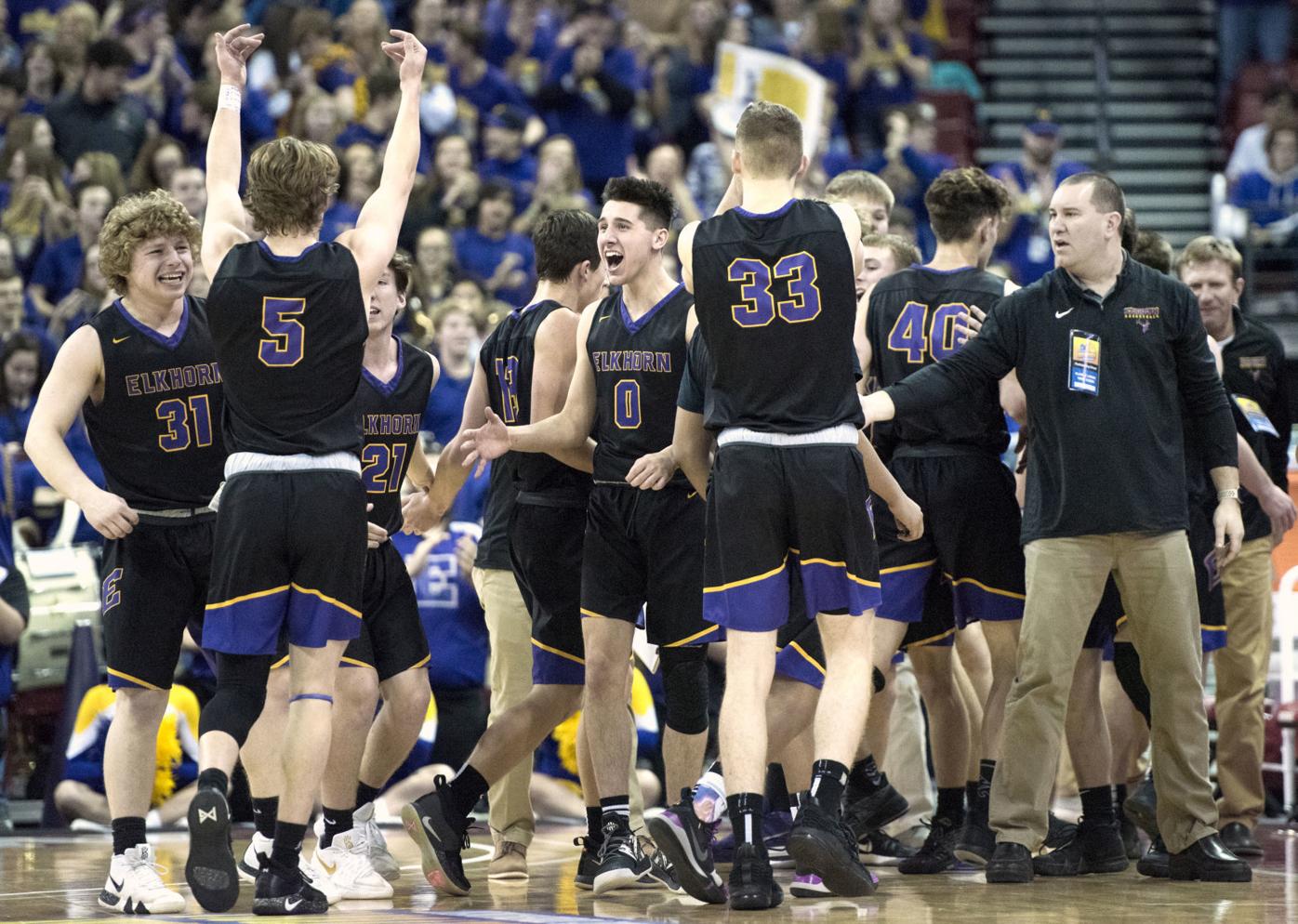 Elkhorn players celebrate as a timeout is called during the first half of the Elks' game against Nicolet on Friday, Oct. 15, 2019, at the Kohl Center in Madison. 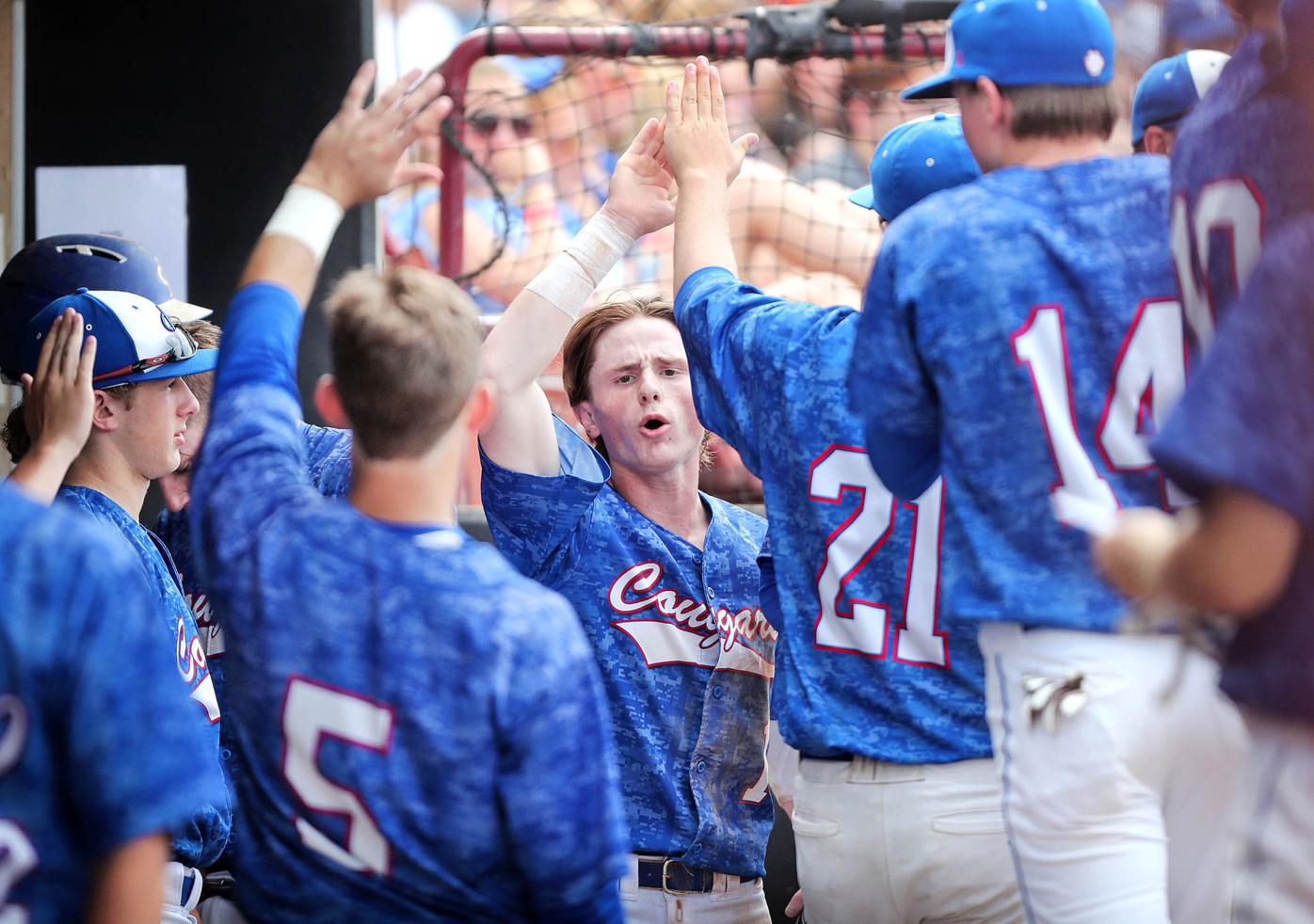 The Janesville Craig cougars welcome Dan Blomgren back into the dugout after scoring during their quarterfinal game against Milwaukee King in the state baseball tournament on Tuesday, June 12.

Elkhorn players celebrate as a timeout is called during the first half of the Elks' game against Nicolet on Friday, Oct. 15, 2019, at the Kohl Center in Madison.

The Janesville Craig cougars welcome Dan Blomgren back into the dugout after scoring during their quarterfinal game against Milwaukee King in the state baseball tournament on Tuesday, June 12.

Advancing to a state tournament is hard.

I know what you’re saying: Duh!

This is not something that I just learned last night. But after wrapping up my sixth full school year since returning to Janesville to cover area high school sports, the difficulty of making it to state has truly set in.

Maybe it’s the fact that, for the first time in six years, John Barry and I won’t be piling into a car to make the trek to Grand Chute for the WIAA state baseball tournament. Janesville Craig, Janesville Parker and Beloit Turner have spoiled us there over the past five years.

And yet, even those teams have a story or two about what could’ve been.

Craig has been to the state baseball tournament three times in the past five seasons, and the Cougars won a gold ball in 2015. And yet there are those that will tell you the 2017 team, which lost in sectionals to Beloit Memorial, was the best of the bunch.

This year’s team was again the top seed in its sectional, and after seeing most of the other top teams in the bunch, we’d tell you the Cougars were the best all-around team. And yet it was Parker and Casey Stone that stopped them with 1-0 victory in a regional final.

Even when you’re the favorite, nothing comes easy.

A quick look at how our local teams have fared in getting to state in the other “big six” sports continues to paint that picture.

Behind standout Carly Mohns, Brodhead got to the Resch Center for volleyball and basketball in 2013.

Elkhorn finally got us to the Kohl Center for some state boys basketball action this past winter. All the Elks had to do to get there was win its final three games before state by a combined nine points.

So that’s 13 area state qualifiers between baseball and softball, boys and girls basketball, football and volleyball.

Certainly not bad. But seven of those 13 were 2015 or earlier, and we’ve had just one each the past two school years.

One other outlying factor that I think played a role in me needing some time to understand just how tough championships can be is the success of UW-Whitewater.

It was 2014 that the Warhawks won national championships in football, men’s basketball and baseball—the only NCAA school to ever accomplish that “Triple Crown”. And the women’s basketball team made the Division III Final Four in both 2013 and 2014.

Like I said, I was spoiled by state or championship runs around here when I first moved back.

I’d love to be spoiled again.

But in the meantime, consider this column a good reminder, to student-athletes and fans alike, that it’s perfectly fine to celebrate the milestones like conference titles or regional or sectional titles—particularly if it’s been a while since your favorite program has achieved such feats.

And if and when you make it to state, absorb every single second of it, because it takes a special team, and often some special circumstances, to get there.

Parker and Craig seniors celebrated graduation in recent days, and the schools listed their top 20 (or so) students in their senior classes in The Gazette on Friday and Saturday.

A whopping 17 of of Parker’s top 20 academic performers listed at least one sport as part of their extracurricular activities.

Half, or so, of the 22 that Craig listed participated in some form of athletics, as well.

Great work, and congratulations to all of our area graduates.

Here’s an example of how fine the line can be between having a very good season and having a season that includes a run to state.

But the Vikings beat Sun Prairie 8-7 in one of the teams’ meetings this year and lost 2-1 in eight innings in the other.

Parker got a double-digit seed and lost in a regional road game. Sun Prairie played Saturday night in the WIAA Division 1 state championship.