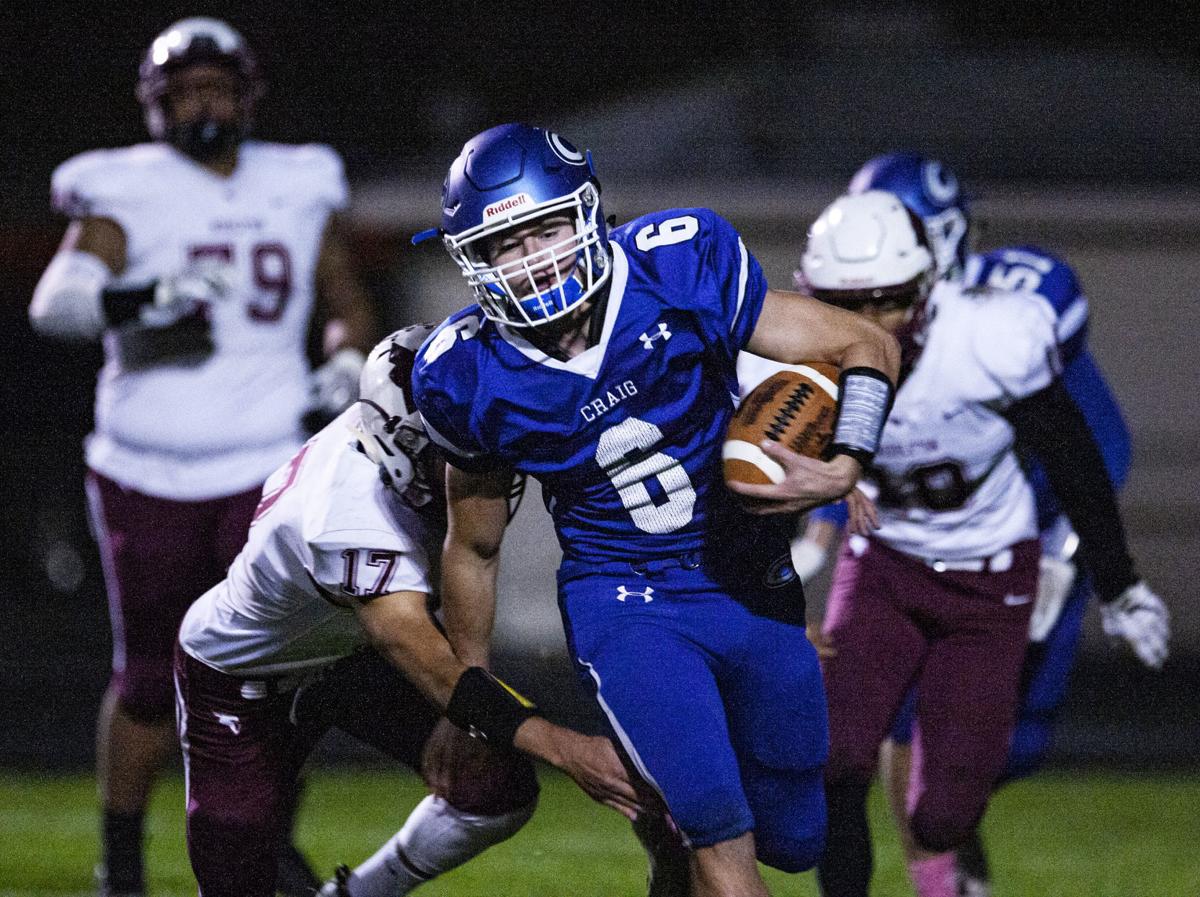 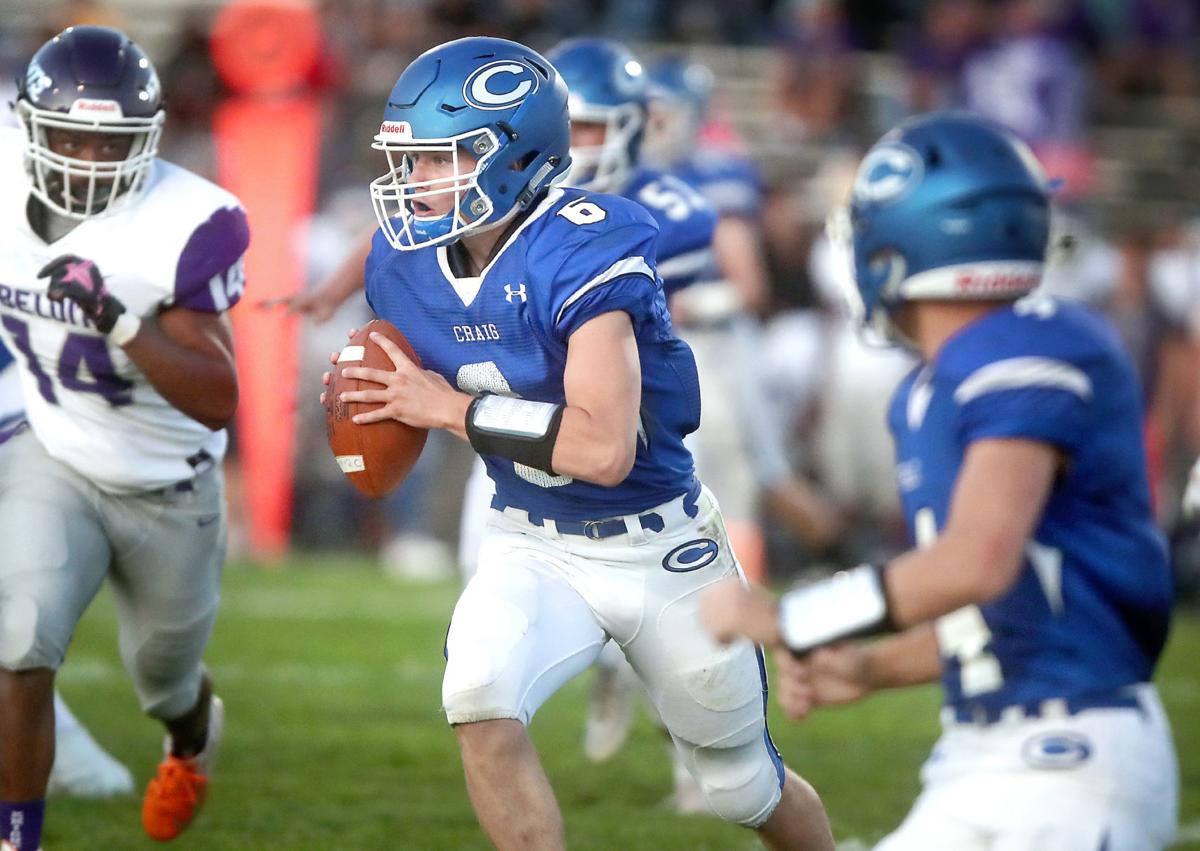 Janesville Craig's Eric Hughes runs with the ball before pitching off to running back Eli Shucha during the first half of their season opener against Beloit Memorial on Friday, Aug. 23. 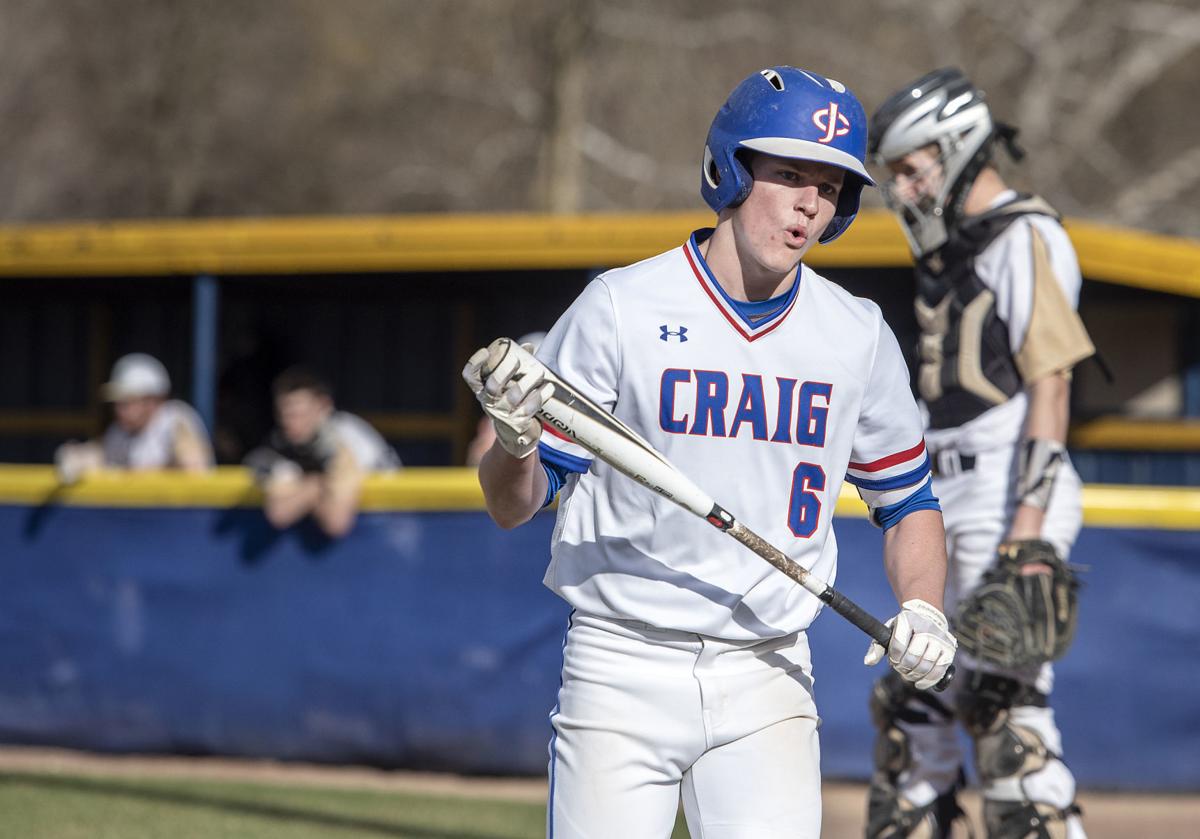 Janesville Craig's Eric Hughes runs with the ball before pitching off to running back Eli Shucha during the first half of their season opener against Beloit Memorial on Friday, Aug. 23.

Specializing was never an option for Eric Hughes.

The Janesville Craig senior was certainly good enough at baseball to concentrate solely on the sport, but that would have meant giving up football and basketball.

Hughes was Craig’s starting quarterback this past fall and a three-year varsity player. He did not play basketball his junior season but is out again this year and averaging 6.8 points per game as a part-time starter.

On the diamond, Hughes was first-team all-Big Eight last season for the conference champion Cougars.

“I think me playing other sports helps me with my drive and hard work for baseball,” Hughes said. “For football, you have to be really tough mentally and physically, and in basketball with our conference, you’re playing against some of the best guys in the state.

“I love competing and playing with my teammates. A lot of these guys, I’ve been on teams with them for a long time. And there’s nothing like running out of the tunnel for football on Friday nights.”

Craig’s football team struggled through a 1-8 season, but Hughes had a solid campaign. He rushed for 629 yards and 10 touchdowns and threw for 406 yards. He scored three touchdowns in Craig’s 27-7 win over crosstown rival Janesville Parker.

“When you play three sports, you’re always in win mode,” Bunderson said. “I thought that was apparent for us this season in that a game or a situation was never too big for Eric.

“He was used to competing, and it allowed him to play with a calmness that was impressive. The lights were never too bright, and he played a couple of his best games against top competition.”

Hughes was first-team all-conference as a junior at defensive back.

Although he sat out the 2018-19 basketball season to concentrate on baseball, Hughes came back this season because he missed playing with his teammates.

Despite spraining his ankle the first day of practice, Hughes played opening night against Madison Edgewood and scored a season-high 11 points.

He admits not having his “basketball legs” early on, but because he’s such a workout fiend and a mainstay at the Athlete X Factory—a training facility in Janesville—he said it didn’t take long to get up to speed.

Craig boys basketball coach Ben McCormick said when Hughes approached him about going out this season, he knew he would be a perfect for the team.

“His athleticism allows him to be one of those special kids,” McCormick said. “Very few kids at D1 schools play three sports, and even fewer have major roles in all those seasons like Eric does.

“Not only has Eric excelled in athletics, but he has maintained an outstanding GPA while taking challenging classes, which speaks to his tremendous work ethic. He’s a complete student-athlete.”

Baseball is Hughes’ first love and his future in athletics. He will play for Division III powerhouse UW-Whitewater next fall where he could be an immediate contributor in the outfield. He played last summer for Hitters Academy out of Caledonia, a program that has been a pipeline to the collegiate level.

As a junior, Hughes hit .356, stole 14 bases and threw a no-hitter for Craig. He homered in his first at-bat of the season and helped lead the Cougars to a conference title.

Craig baseball coach Victor Herbst said Hughes has a chance to be one of the top players in the state this season.

“I truly can’t wait to see what Eric brings to the diamond for us,” Herbst said. “He’s a five-tool player that is very rare at the high school level.

“He’s a tremendous competitor. Playing multiple sports puts a person in numerous and various situations of adversity. These situations transfer across all sports, allowing you to succeed because it’s not something you haven’t dealt with before.”

Through the ups and downs of three varsity sports, Hughes has just about seen it all when it comes to high school athletics.

But he has another season and a half to add to the memories.

Person I admire most: My dad (Ben).

If I could have one super power, it would be: Time travel.

If I could play any other sport, it would be: Hockey.