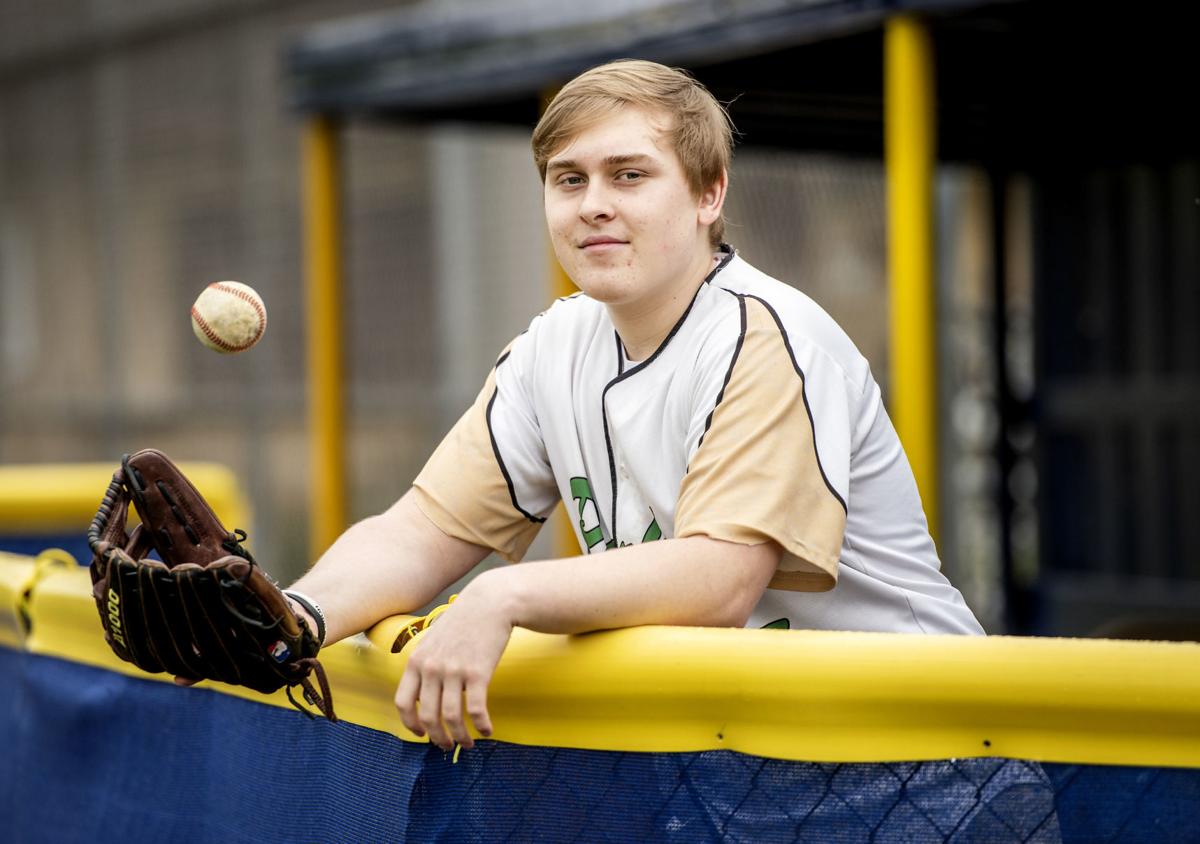 Parker senior Jared Emerson impressed his coaches with his hands at first base and hopes to catch on with a two-year college program to extend his baseball career. 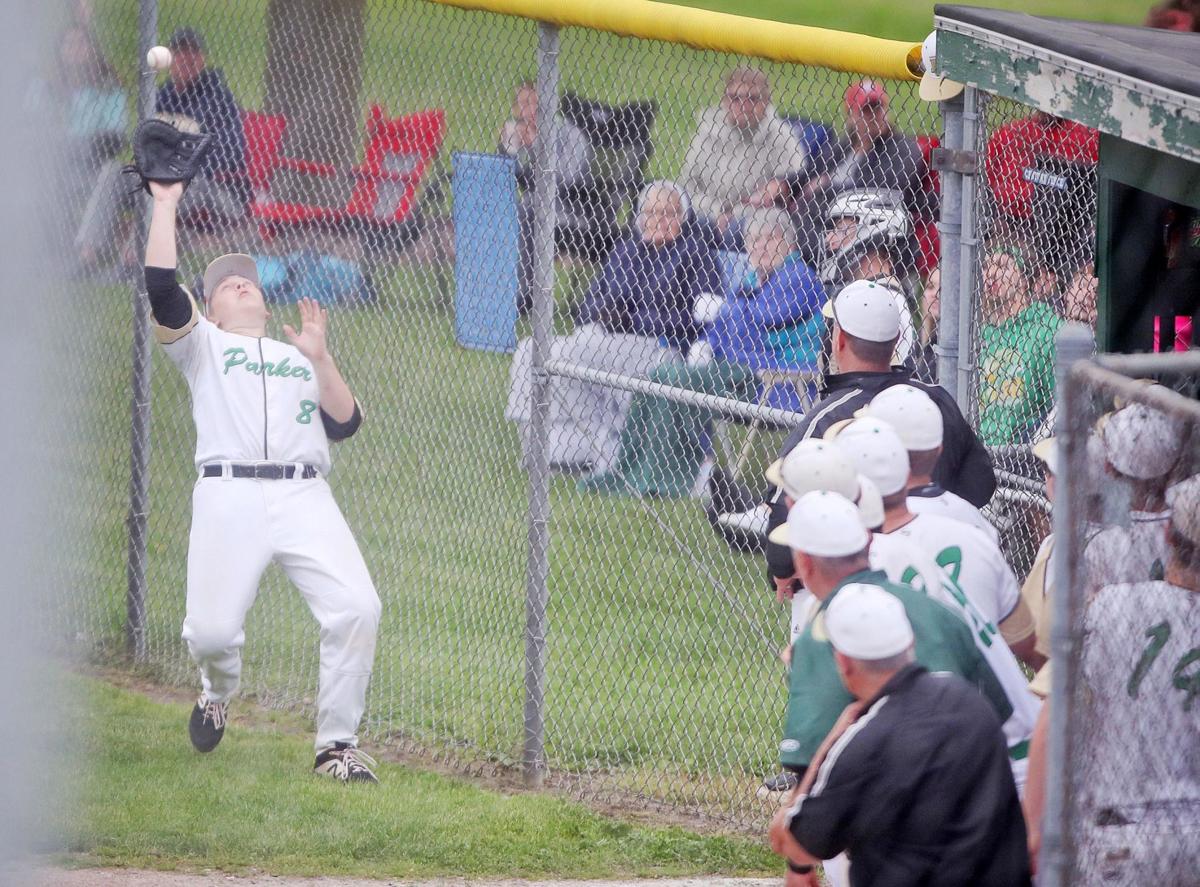 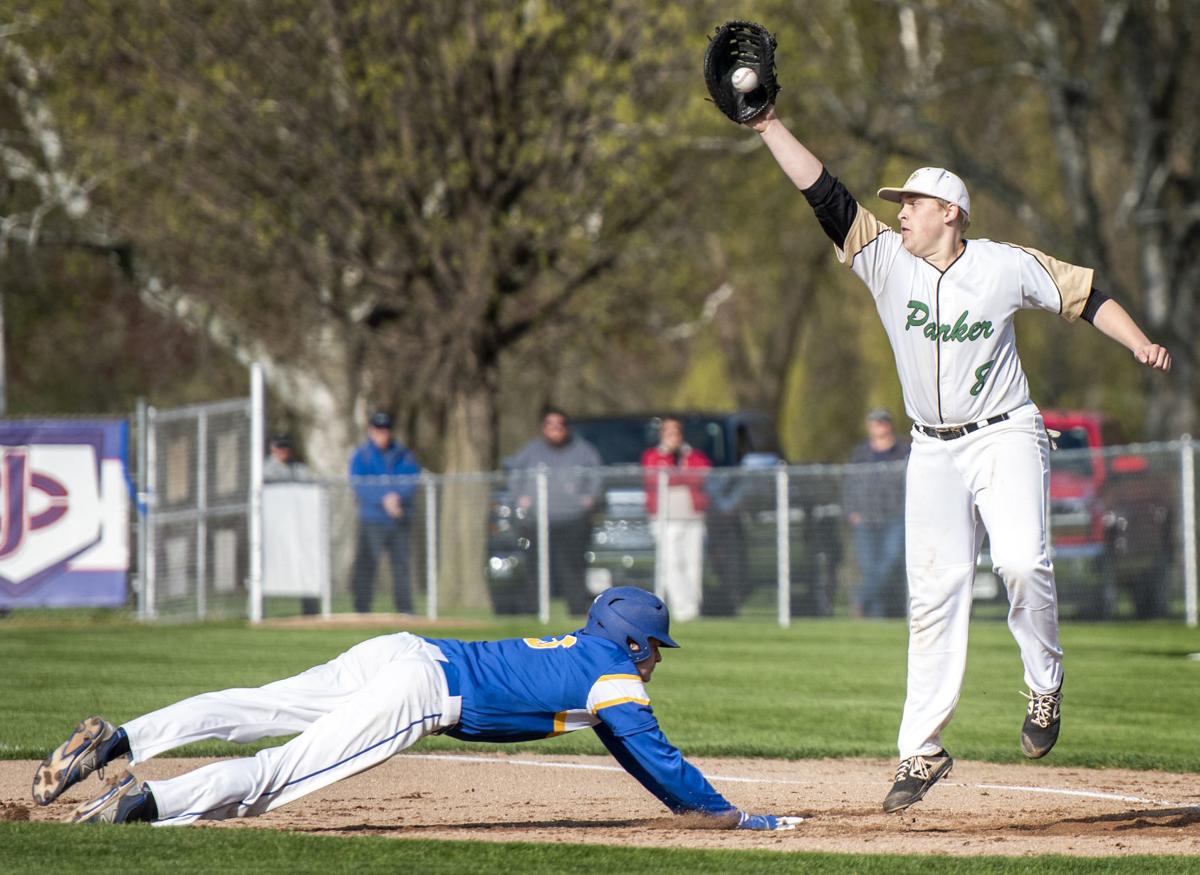 Parker’s Jared Emerson (8), right, catches a pickoff throw as a Madison West player dives back to first Tuesday, May 7, 2019, at Riverside Park in Janesville.

Jared Emerson didn’t choose to play first base. First base chose him.

As many left-handed throwers find out early in their baseball careers, they are likely destined to pitch, play first or roam the outfield.

I always had good hands, so in that way I was kind of natural at it.”

Was, and still is.

Emerson would have manned first base and been a senior leader this spring for a Janesville Parker team that had built momentum coming out of last season.

The Vikings finished with a 12-14 record and finished seventh in the Big Eight Conference last year. But they posted at least one victory against three of the teams that finished in the upper half of the league standings. And they saved their best for last by earning a regional title, beating crosstown rival Janesville Craig 1-0 in the regional final.

“Building is a process, and we were ready to take another step and get the record above .500,” Michaels said.

“We were looking to set the tone for the coming years. They were ready to do that.”

That was certainly the case for Emerson.

He was a second-team all-Big Eight selection as an infielder last spring and was named to The Gazette’s all-area team. Emerson hit .340 with 10 doubles and reached base at a 45% clip.

Michaels said Emerson was poised to be even better at the plate during his senior season.

“People would say I could only pull the ball last year,” Emerson said. “I was working on being a more complete hitter.”

“You could tell in the batting cage, he just looked so much more relaxed and in charge,” Michaels said. “I really thought he was going to have a monster year.”

As solid as he was at the plate, Emerson has been known for his glove work at first. He boasted a .992 fielding percentage as a junior.

“He ranks right up there with some of the better athletes I’ve coached, including at the college level,” Michaels said. “He does stuff at first base that is way beyond a typical high school player. He’s so solid on defense.”

Emerson, who played basketball his first two years with Parker but has focused solely on baseball the last two, is set to graduate after finishing his final year at Rock River Charter School.

With the coronavirus pandemic wiping out the spring season, Emerson is disappointed that he will not have a chance to catch the eyes of college scouts. He is still hopeful he might get a chance to play for a two-year program and continue to see where baseball takes him.

“I don’t have a for-sure move yet, but I’ve applied to a few schools and just waiting on some responses,” he said. “I would like a scholarship. ... I just want to keep playing baseball.”

In that regard, one final possibility might present itself by summer’s end. As reported Sunday, though the American Legion summer season has been canceled, area coaches and leaders are attempting to find a way to put together local teams to play some games.

One thing is certain: If those games do come to fruition, Emerson’s manager can pencil him in at first base without having a second thought.