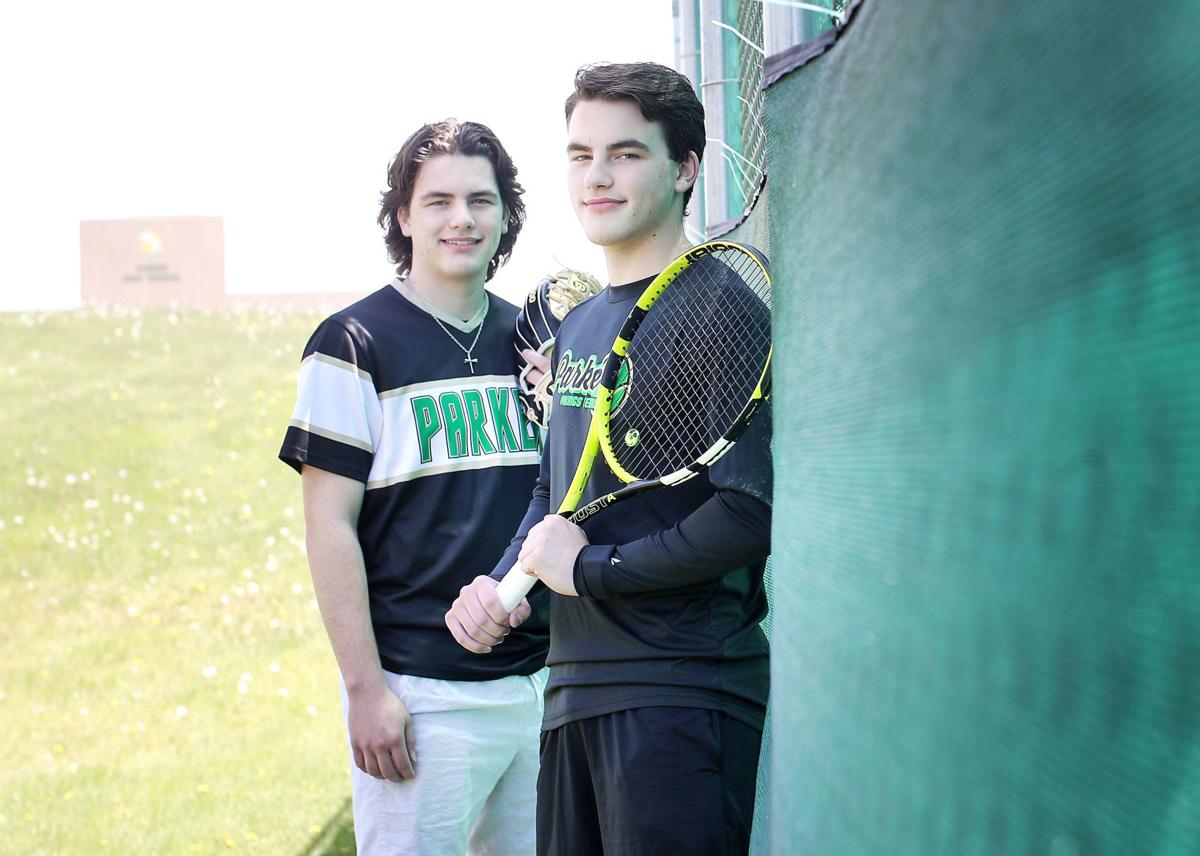 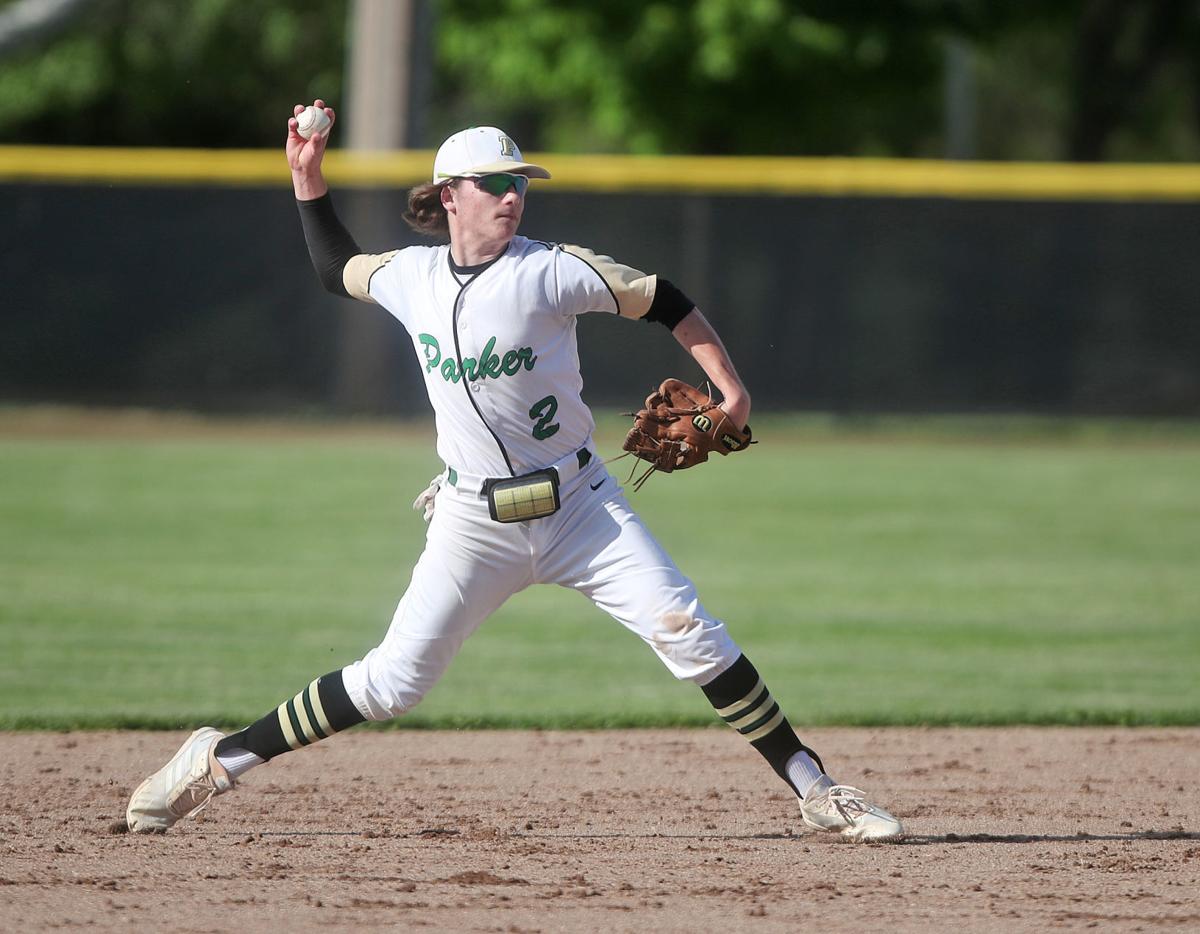 Janesville Parker's Carter Schneider throws the grounder to first for the out during they Division 1 regional final game against Janesville Craig on Thursday, May 30. 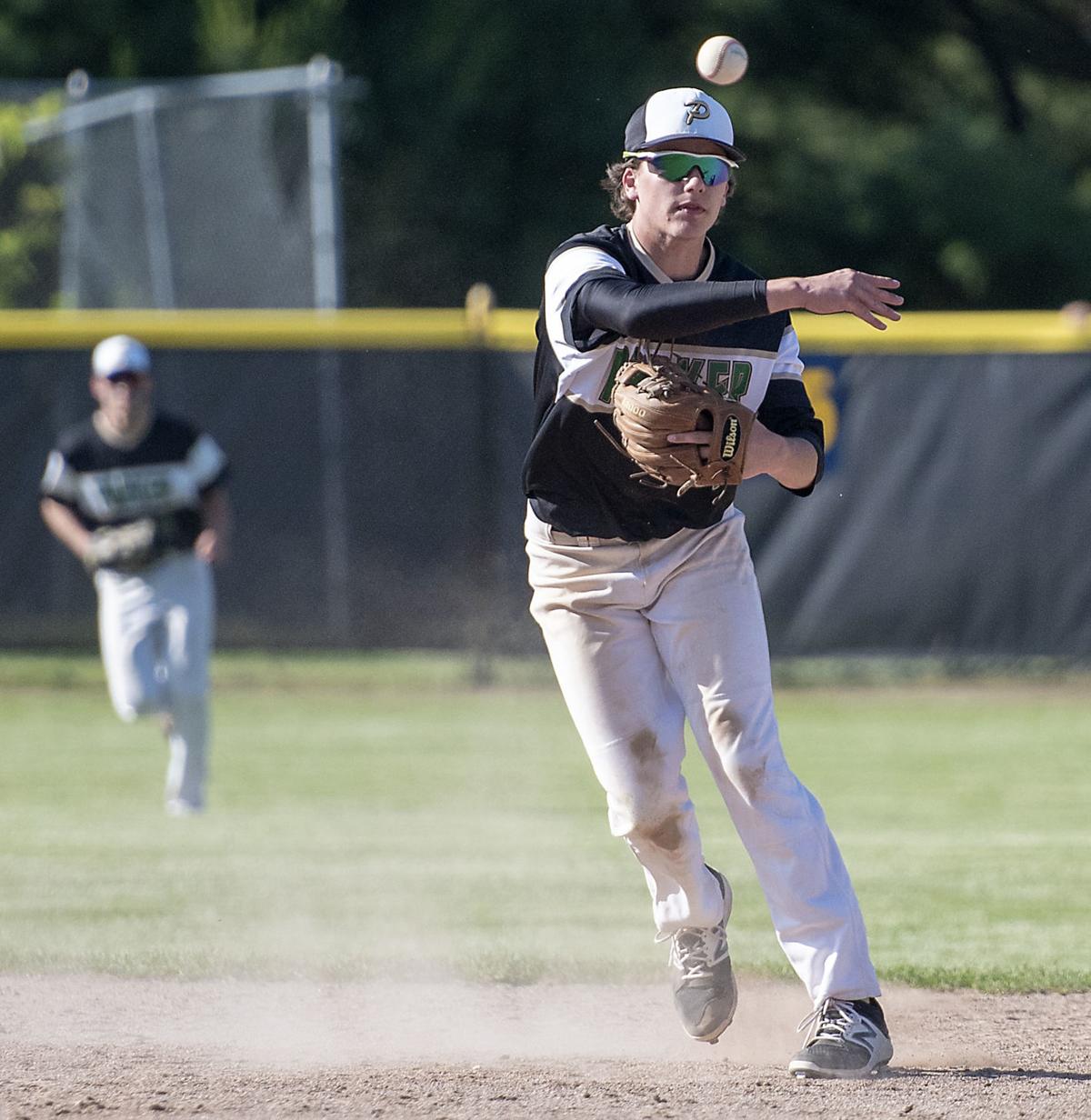 Parker’s Carter Schneider (1) throws the ball to a teammate Tuesday, June 5, 2018, at Riverside Park in Janesville. 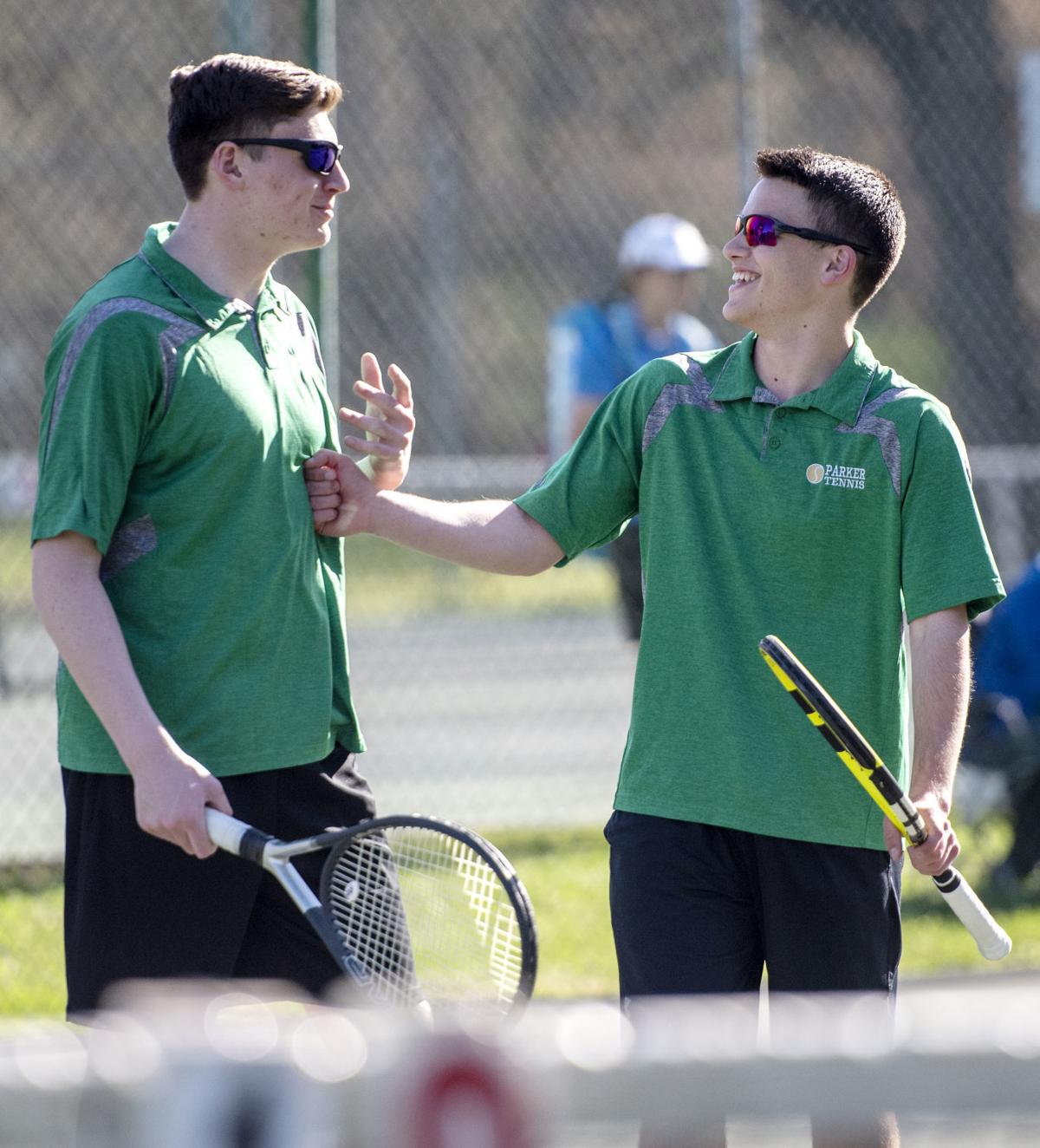 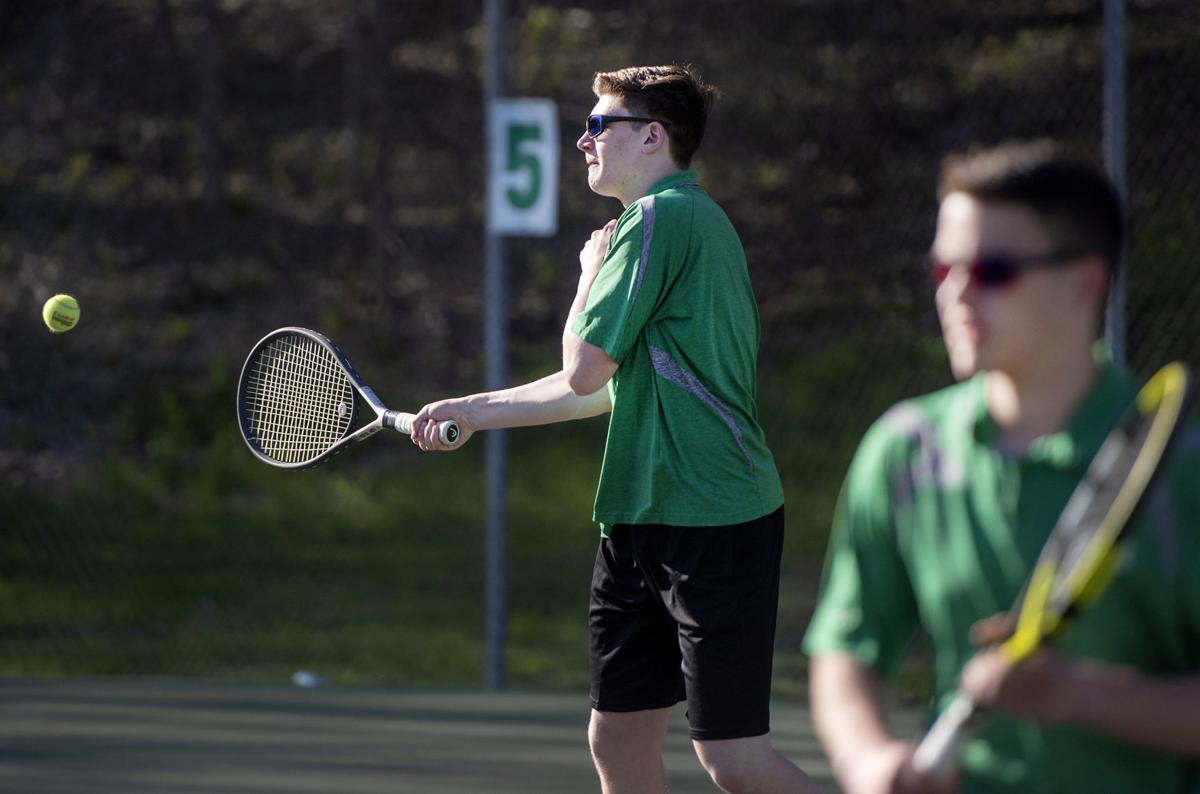 Janesville Parker's Carter Schneider throws the grounder to first for the out during they Division 1 regional final game against Janesville Craig on Thursday, May 30.

Parker’s Carter Schneider (1) throws the ball to a teammate Tuesday, June 5, 2018, at Riverside Park in Janesville.

Carter and Parker Schneider are brothers in arms.

Next year, the Janesville Parker seniors will be apart for the first time in 18 years. Carter is headed to Concordia University in Ann Arbor, Michigan, to play baseball, while Parker plans to attend UW-Rock County to pursue a business degree.

“I kind of look at it as it’s time for us to grow separately,” Carter said. “We’ve had the same friends and have hung out with the same people, and we’ll stay connected, but it’s time to meet new people and do new things. It’s exciting but sad, too, because we’ve been so close.”

The brothers, with Carter being older by a few minutes, grew up playing baseball together. Carter continued to play when he got to Parker and has been a standout for the Vikings.

Parker gave up baseball his freshman year and took up tennis as a sophomore.

In two years on the team, he went from never having picked up a racket to being the team’s No. 1 player and the team MVP last season.

“I had some arm trouble and just didn’t think I could throw well enough anymore to keep playing baseball,” Parker said. “I had a couple of friends that played tennis, so I decided to give it a try.

“I remember calling coach (Mike Fuhrman) the week before practice started and asking him what kind of racket I should buy. I had no idea what I was looking for or what to expect. Fortunately, my arm felt OK and never gave me any trouble in tennis.”

Fuhrman said Parker Schneider epitomizes what high school sports is all about: the ultimate student-athlete. He marvels at how quickly Parker picked up the game in two years time, and how his dedication to his craft elevated his game.

Parker and doubles partner Cayden Erickson came within one game of qualifying for the state meet last season.

The pair were expected to make a strong bid this spring to end their prep careers at state.

“To do what he has done on the tennis court in two years is pretty amazing,” Fuhrman said. “And that’s why I feel so bad for him.

“He had been working so hard the last two years to where I really believe he was going to have an outstanding senior season. He has worked so hard on his ground strokes, and really his game overall. He learned to really play the angles and has turned into a very good tennis player.

“He would hit bucket after bucket of balls with anyone that would stay around after practice and work with him.”

If Parker could not find a partner willing to put in the extra time, he always had Carter. The two took turns practicing with each other. Parker played the role of catcher and served as Carter’s battery mate for many offseason bullpen sessions. Carter returned the favor and acted as the guinea pig as Parker rifled shot after shot at him on the tennis court.

Carter was the ultimate utility player for the Vikings. He played shortstop and pitched last season and was expected to add catching duties this spring. He will likely play shortstop or second base at Concordia. Carter was honorable mention all-Big Eight last season despite missing four games with a foot injury.

Parker baseball coach Kerry Michaels, who spent many seasons as an assistant coach at Beloit College, believes Carter will excel at the next level.

“He’s definitely got the skill set and the athleticism to do well at Concordia,” Michaels said. “I think it is a perfect fit for him, as well. They’ve got great facilities and a great coaching staff. Carter has soft hands and a strong arm, and those are things you can’t teach.

“Plus, his love of the game and work ethic will make the transition easier. I’m looking forward to seeing how he does at the next level.”

One of the final memories for the brothers athletically turned out to be one of the best. With Carter playing shortstop, the Vikings defeated crosstown rival and top-ranked Janesville Craig 1-0 in a regional title game last season at Riverside Park. The stands were packed for the showdown, and who was leading the cheers for the Vikings? You guessed it: Parker Schneider.

The Schneider twins will continue to be each other’s biggest fans in the fall, but they’ll no longer be roommates.