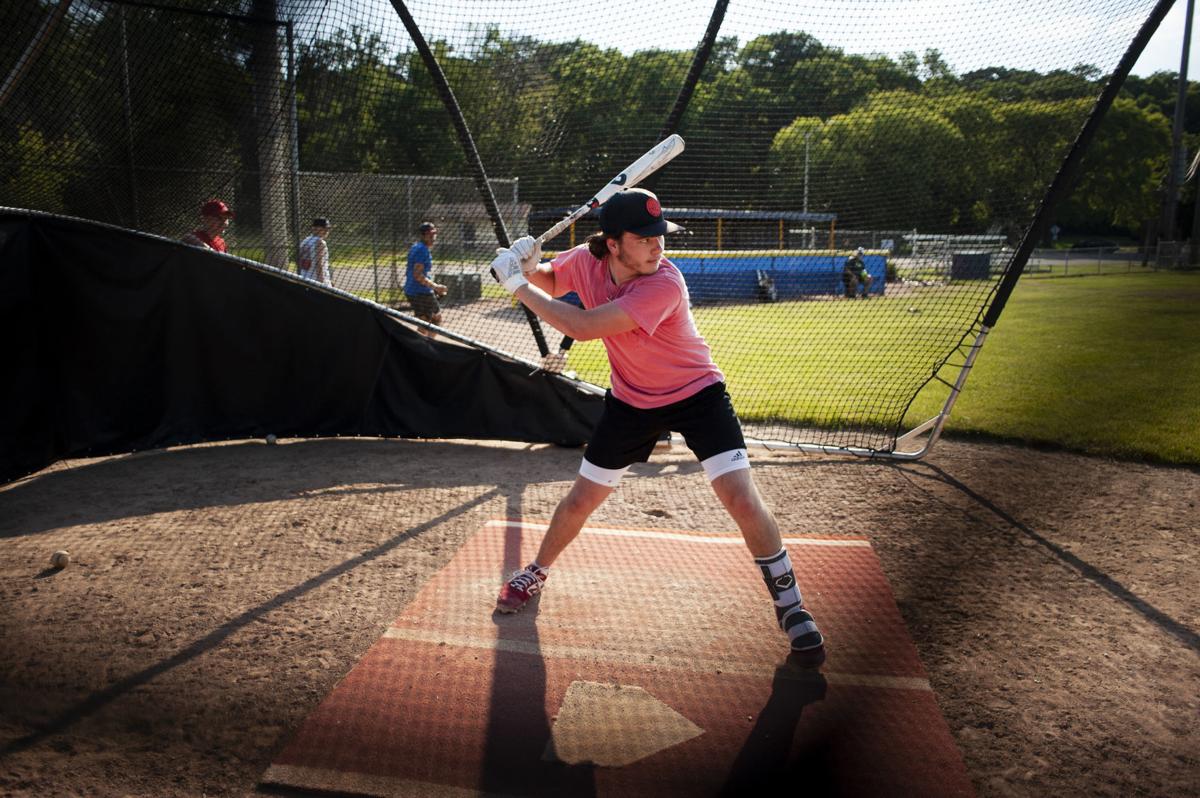 Carter Schneider stands in the batting cage during a practice for the Janesville Express on Wednesday, June 17, 2020, at Riverside Park in Janesville. 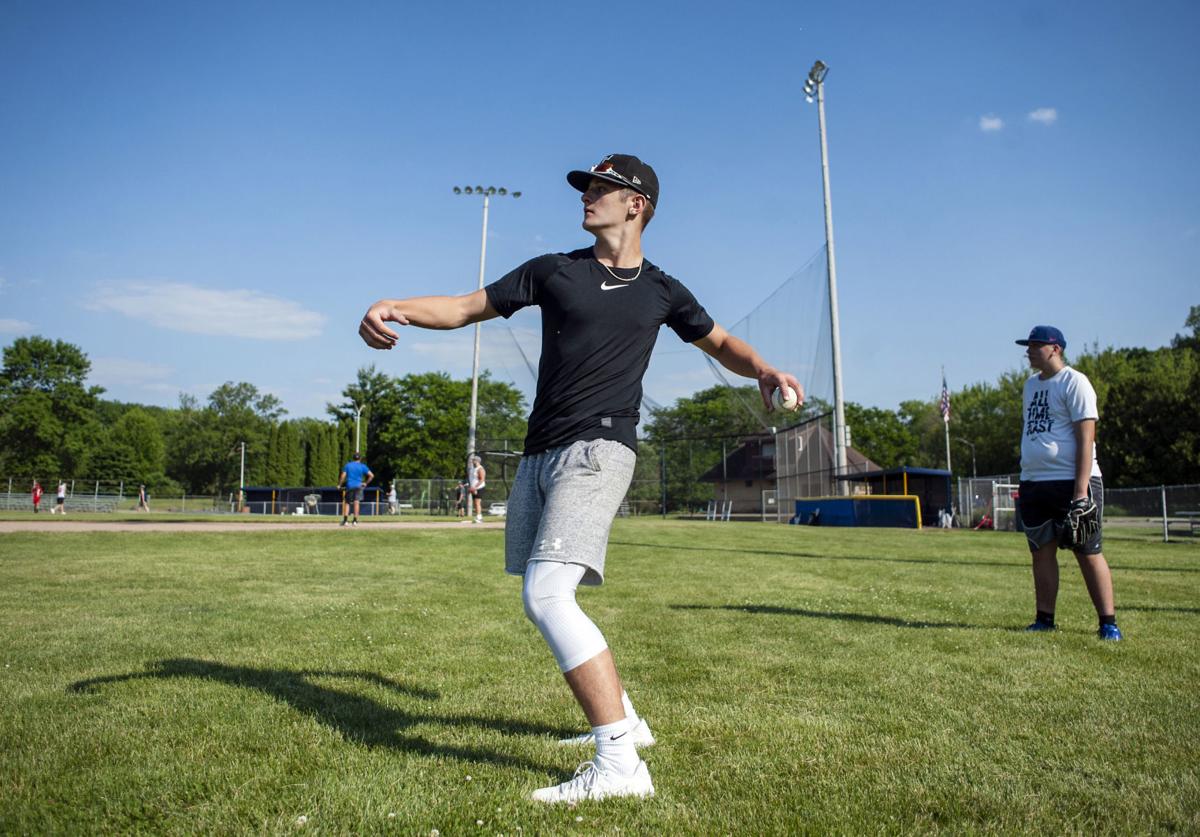 Parker baseball player Sam O'Leary throws the ball to outfielders during practice for the Janesville Express on Wednesday, June 17, 2020, at Riverside Park in Janesville. 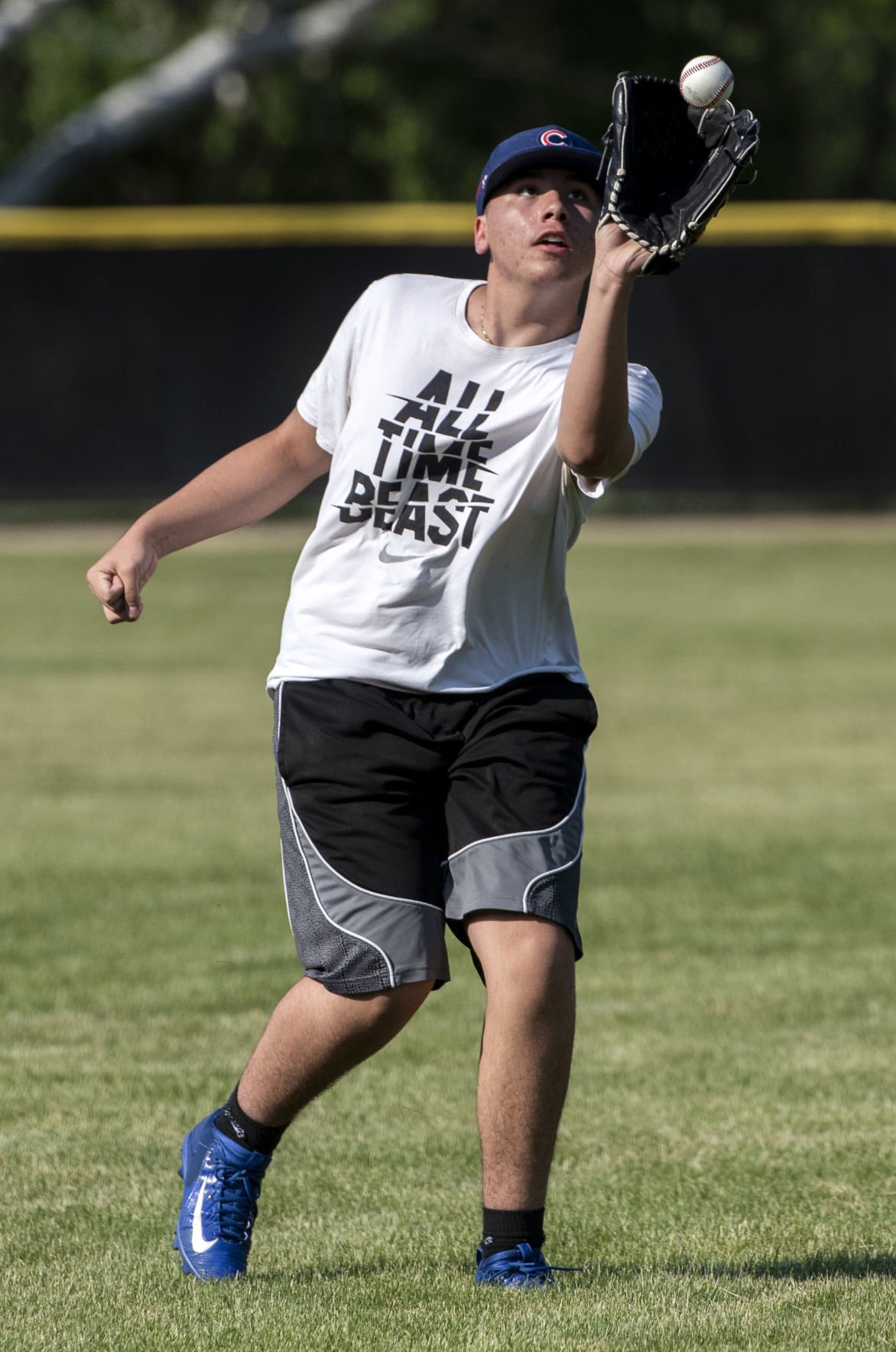 Angel Guzman catches the ball during practice for the Janesville Express on Wednesday, June 17, 2020, at Riverside Park. Guzman is a Parker freshman who was supposed to have his first season with the Parker baseball team this year. 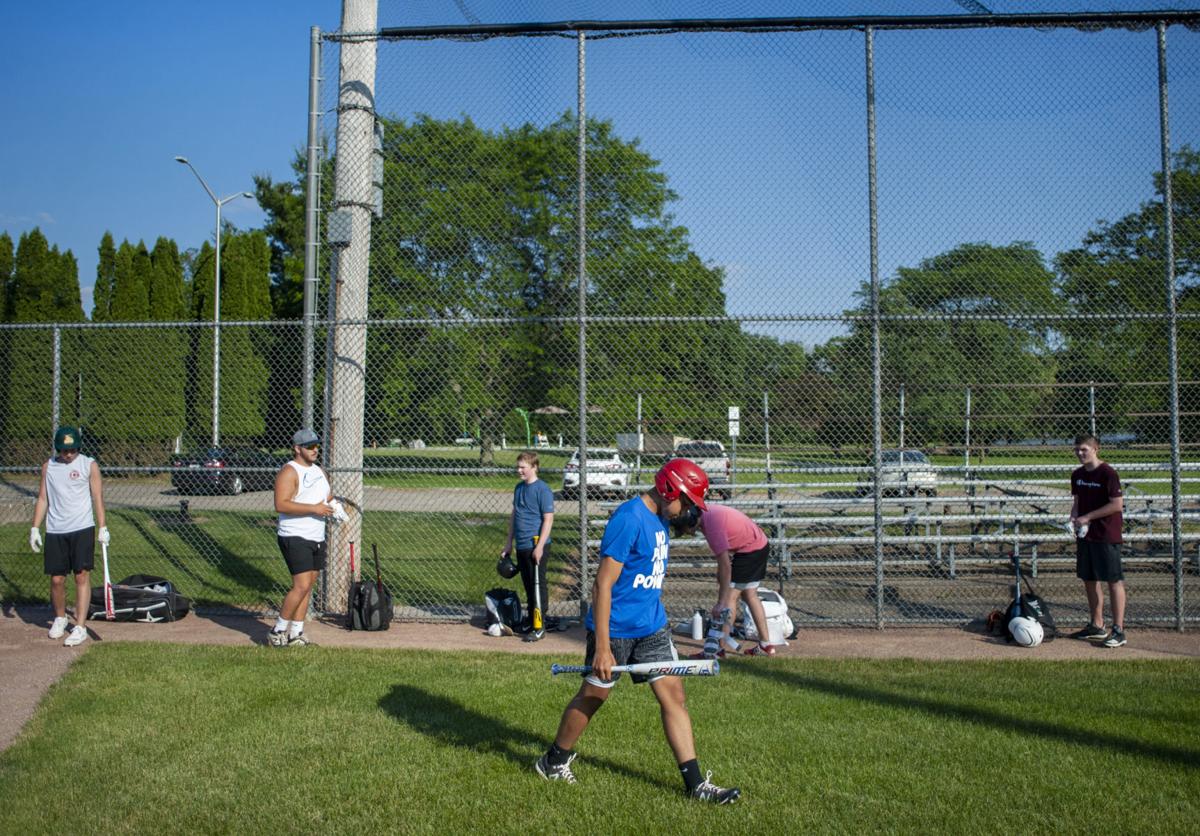 A batter walks up to home plate Wednesday, June 17, 2020, during practice for the Janesville Express. Players were instructed to socially distance outside of the dugout. 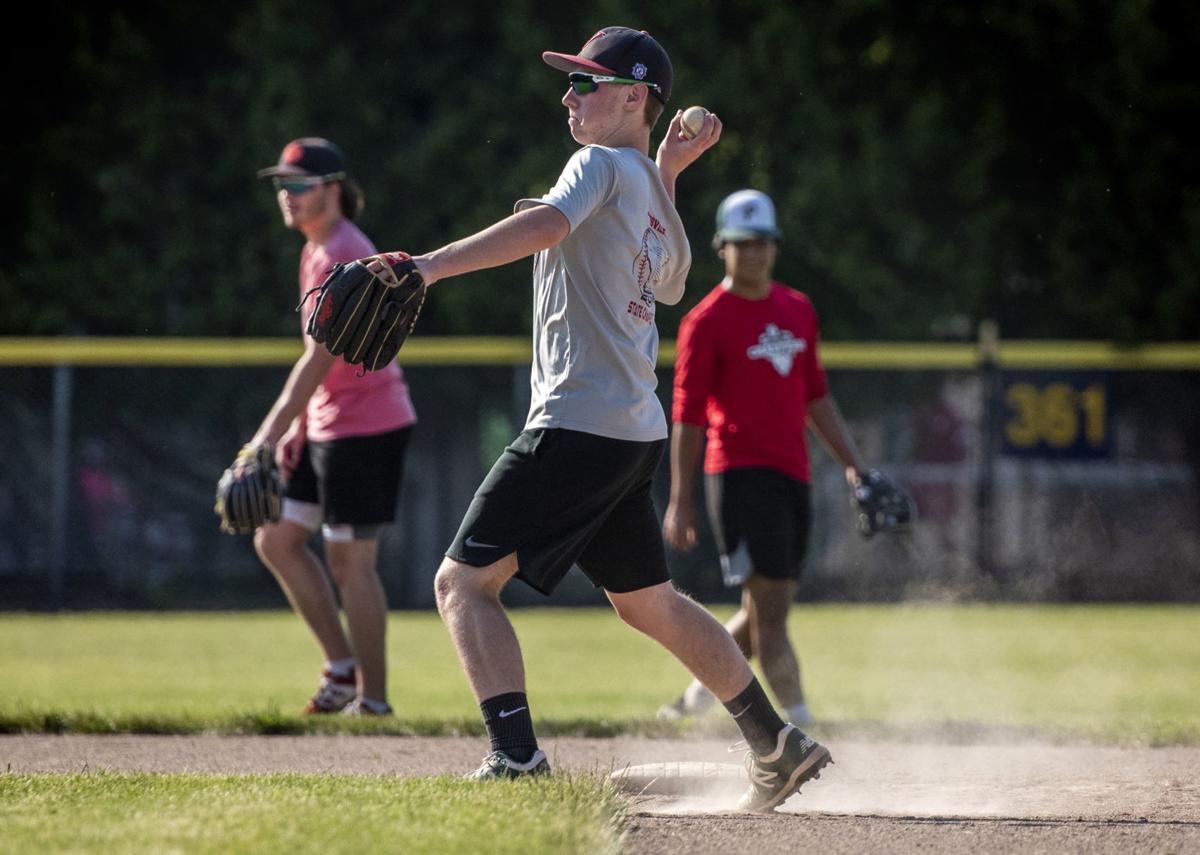 A player throws the ball from second base Wednesday, June 17, 2020, during practice for the Janesville Express.

Will baseball return to Riverside Park this summer?

That’s the hope of the Janesville Express.

Although Riverside is not authorized to host games yet due to Rock County COVID-19 guidelines and restrictions, the two Express teams can travel to area cities and play games outside of Rock County. Oconomowoc, Mukwonago, Racine and Genoa City are among the options for the Express to play games.

The Janesville Express are an independent organization and have no affiliation to Craig or Parker or to American Legion baseball. Craig head baseball coach Victor Herbst will coach one of the two Express teams, while Parker coach Kerry Michaels has the other. Neither Herbst nor Michaels can have any contact with the players until July 15 because of a Janesville School District policy, so volunteer assistants are currently conducting workouts.

Veteran’s Field groundskeeper Bob Schenck is optimistic that baseball will be played at Riverside, possibly by early July.

“We’re currently in Phase 2 of the Rock County Rebound plan, and if we can get to Phase 3, there will be baseball at Riverside,” Schenck said. “We’d like to host a tournament at the end of July for all the area independent teams that are trying to get some games in and give kids a chance to play.

“There will certainly be guidelines to follow and measures taken to ensure the safety of all, but at least we’ll get some baseball played. And I think coaches and players will be willing to sacrifice a few things in order to play.”

The Express have not played any games yet but plan to start playing a limited schedule in several of the southeastern Wisconsin cities that have independent teams. Players on the Express are responsible for their own insurance, and when games are allowed at Riverside will need to provide umpires, as well.

“That’s something we’re going to have to figure out when we do host, and a lot of it will depend on what the CDC’s guidelines are and what the Rock County Health Department recommends,” Schenck said.

“Right now, even though they’re just practicing at Riverside, coaches have to wear cloth masks at all times unless they’re doing some type of strenuous activity like hitting ground balls or throwing batting practice, while players are not allowed to share any equipment.

“In some instances, you can’t avoid getting close to one another, but since this is just practice, we’re trying to keep them socially distanced as required under Phase 2. Those are the county’s rules, and that’s what Riverside will follow at all times.”

Schenck said if Riverside gets the OK to host games, the concession stand will not be open but the public restrooms will be. Players from both the Express and visiting teams will be encouraged to bring their own water.

Baseball games are not back yet at Riverside, but at least it’s trending in the right direction.

The Wisconsin Baseball Coaches Association has canceled its 2020 all-star games, which had been set for June 26 and 27 in Oshkosh.