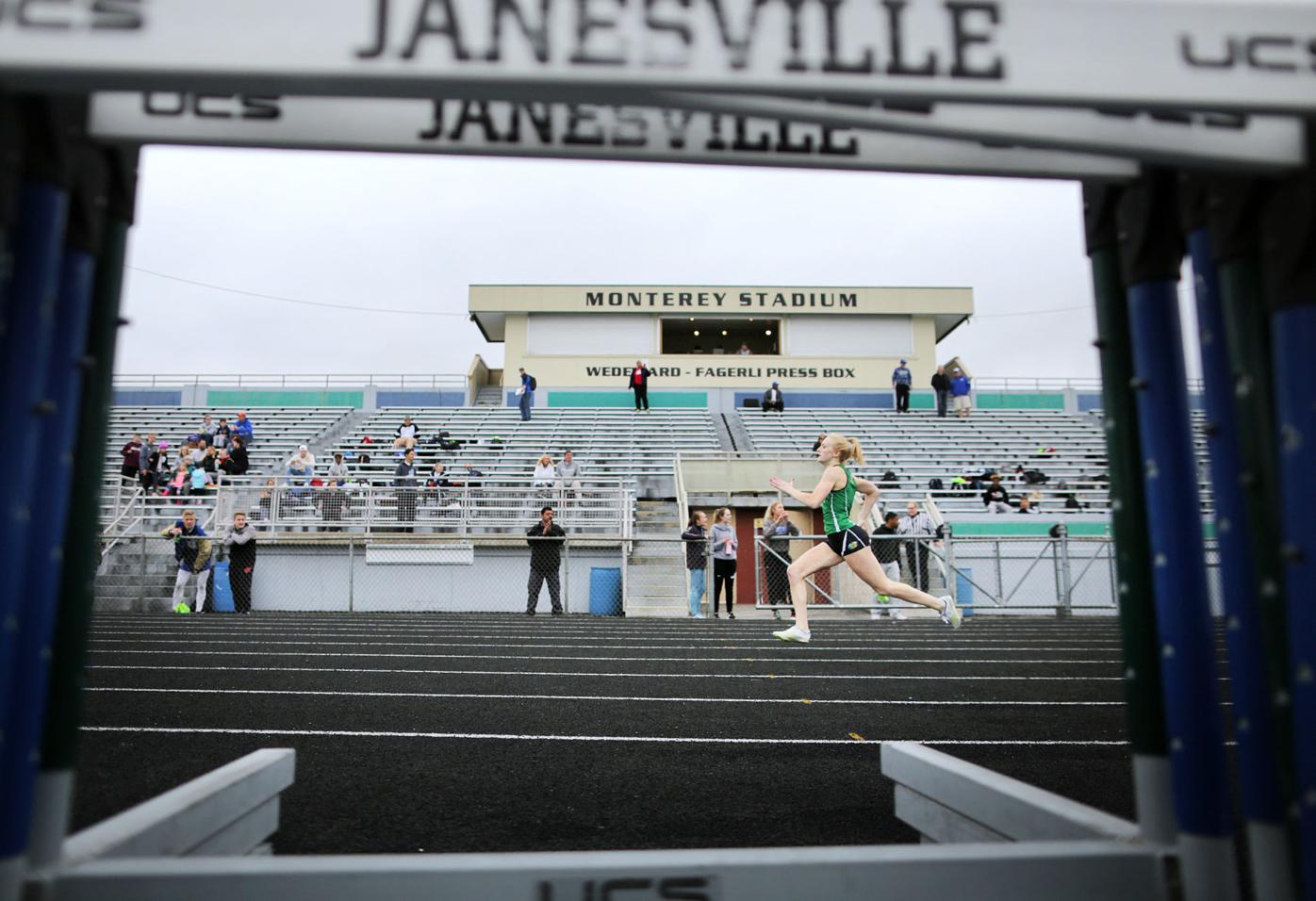 Parker's Brooke Graesslin cruises to first place in the 400-Meter race during a Big Eight Conference track and field meet at Monterey Stadium in Janesville on Wednesday, May 1. 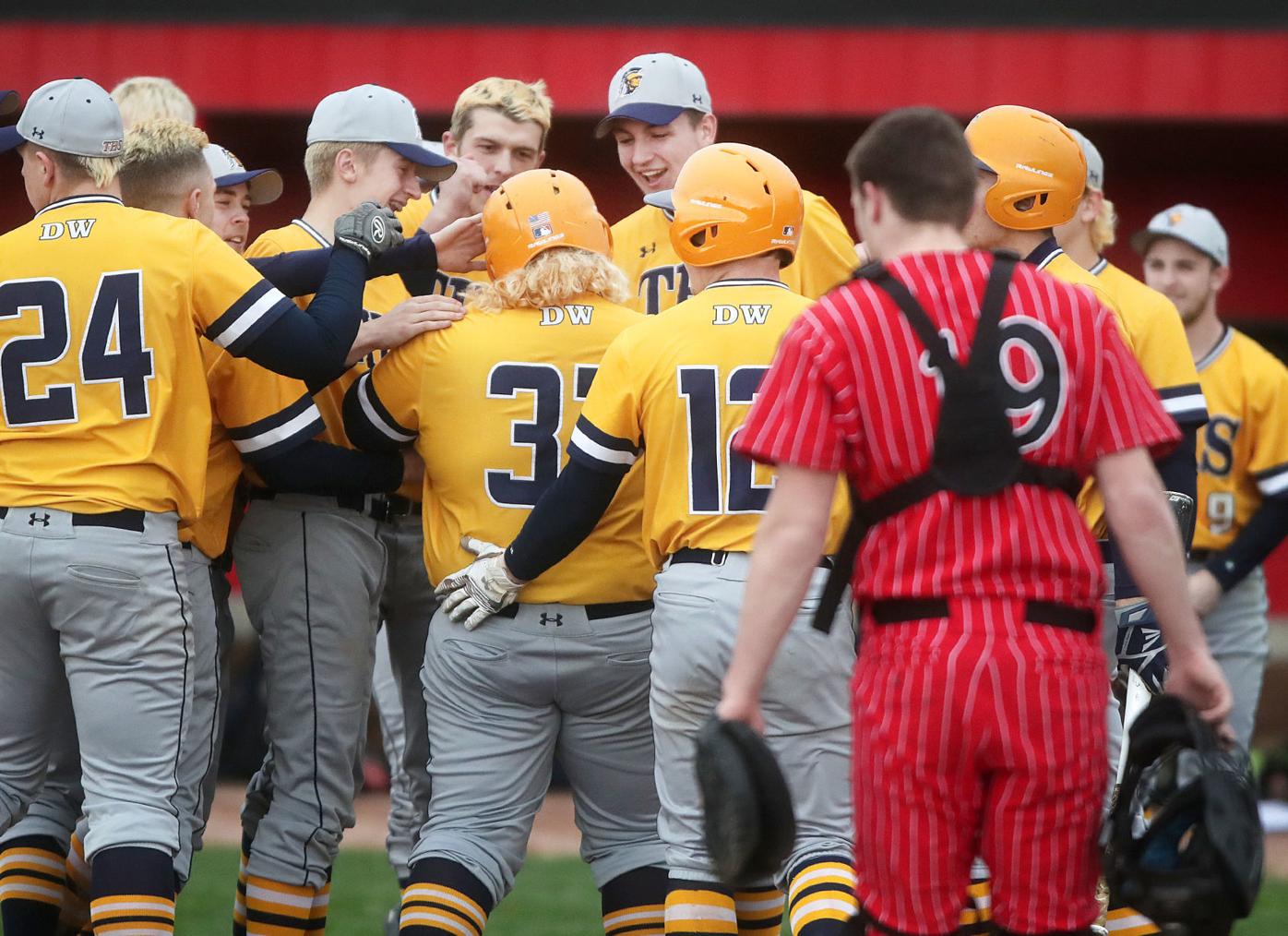 Beloit Turner's Adrian Estrada is welcomed at home plated after hitting a two-run homer during their game away against Edgerton on Friday, May 3.

Parker's Brooke Graesslin cruises to first place in the 400-Meter race during a Big Eight Conference track and field meet at Monterey Stadium in Janesville on Wednesday, May 1.

Beloit Turner's Adrian Estrada is welcomed at home plated after hitting a two-run homer during their game away against Edgerton on Friday, May 3.

Five notable performances by area high school athletes over the past week and five events to watch for in the next seven days:

Brooke Graesslin, Janesville Parker track and field—The Vikings senior helped Parker sweep a Big Eight triangular against Beloit Memorial and Janesville Craig on Wednesday night, winning the 400 and helping with the 800 relay. She did the same Friday at Burlington’s Demon Invitational, and her sub-1:01 time in the 400 puts her among the state’s best in Division 1.

Craig’s 800 runners—Janesville Craig made it a clean sweep at the Demon Invitational in the 800 on Friday. Aaron Leverson clocked in under 1:56 for the second time this season. And Clare Hulick was less than a second off her personal-best time at 2:22.44.

Adrian Estrada, Beloit Turner baseball—Estrada helped the Trojans remain unbeaten Friday. He hit a two-run home run in the top of the sixth inning to tie a game against Edgerton, 3-3, and Turner went on to win 4-3 in eight innings.

Madison Page, Elkhorn girls track and field—Page won four events to help the Elks capture the title at the Tider Invitational at Edgerton on Friday. Page won the 100 meters (13.05 seconds), the long jump (16 feet, 3.5 inches), the triple jump (33-8.5) and was part of the winning 400-meter relay.

Cav Mair, Parker baseball—Mair helped the Vikings earn a split of a doubleheader at Middleton on Thursday. In the opening game, he tossed a complete-game shutout in a 2-0 victory. He scattered seven hits and two walks and struck out one.

Janesville Craig at Middleton, girls soccer, 7:30 p.m., Thursday—The Cougars are right in the thick of the Big Eight Conference title race. A road win against the state-ranked Cardinals would go a long way in their quest to win the championship.

Wilmot at Elkhorn, softball, 4:30 p.m., Tuesday—The Elks lead the Southern Lakes Conference at 8-2, while the Panthers are a game and a half back, but tied in the loss column, at 5-2. This is the first of two remaining meetings between the two teams.

Turner to get tested, baseball—The Trojans have pretty much wrapped up a Rock Valley title, but they will take on their closest foes in the standings all week. They play McFarland on Monday and then a home-and-home with Whitewater on Tuesday and Thursday.