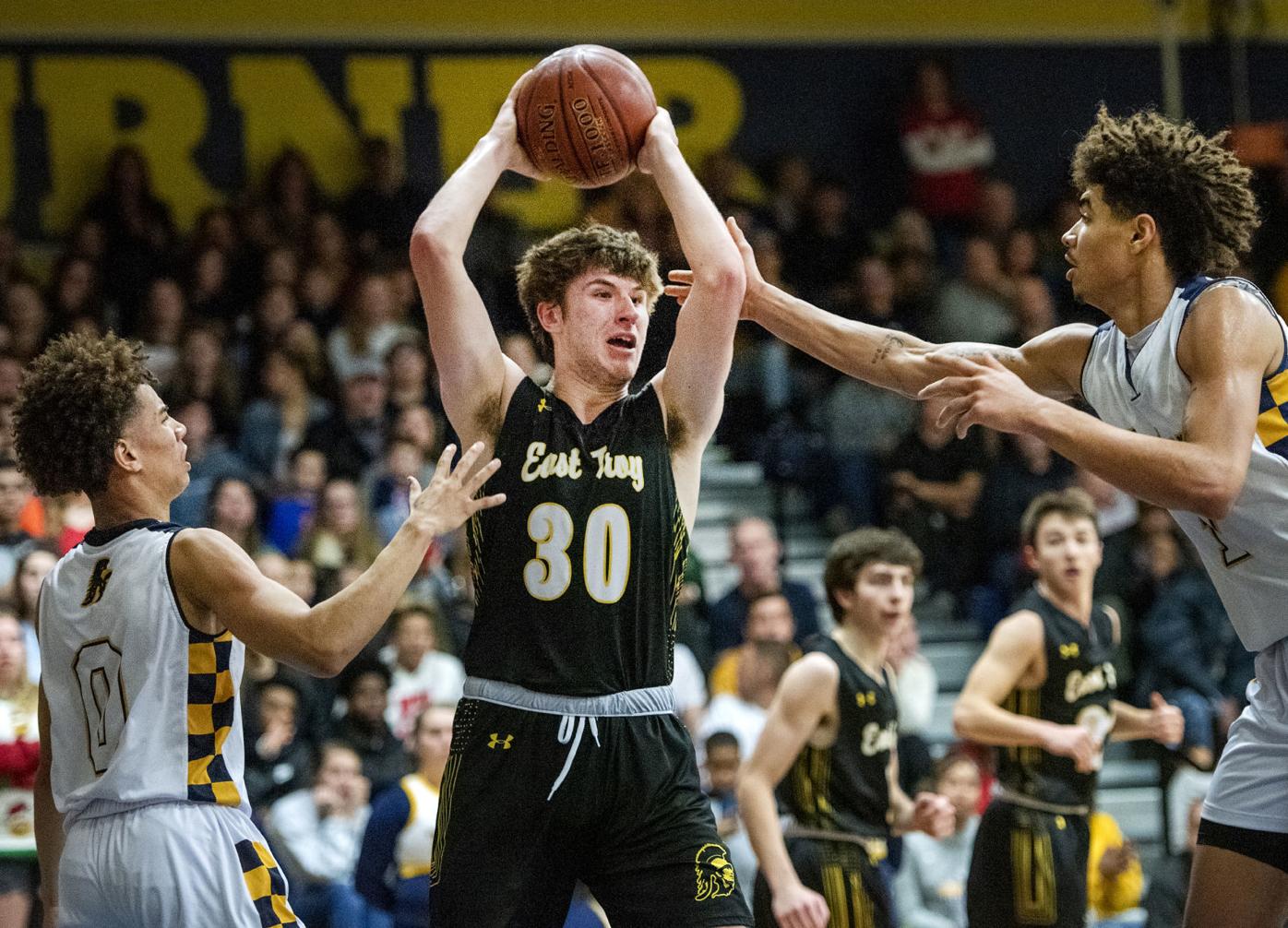 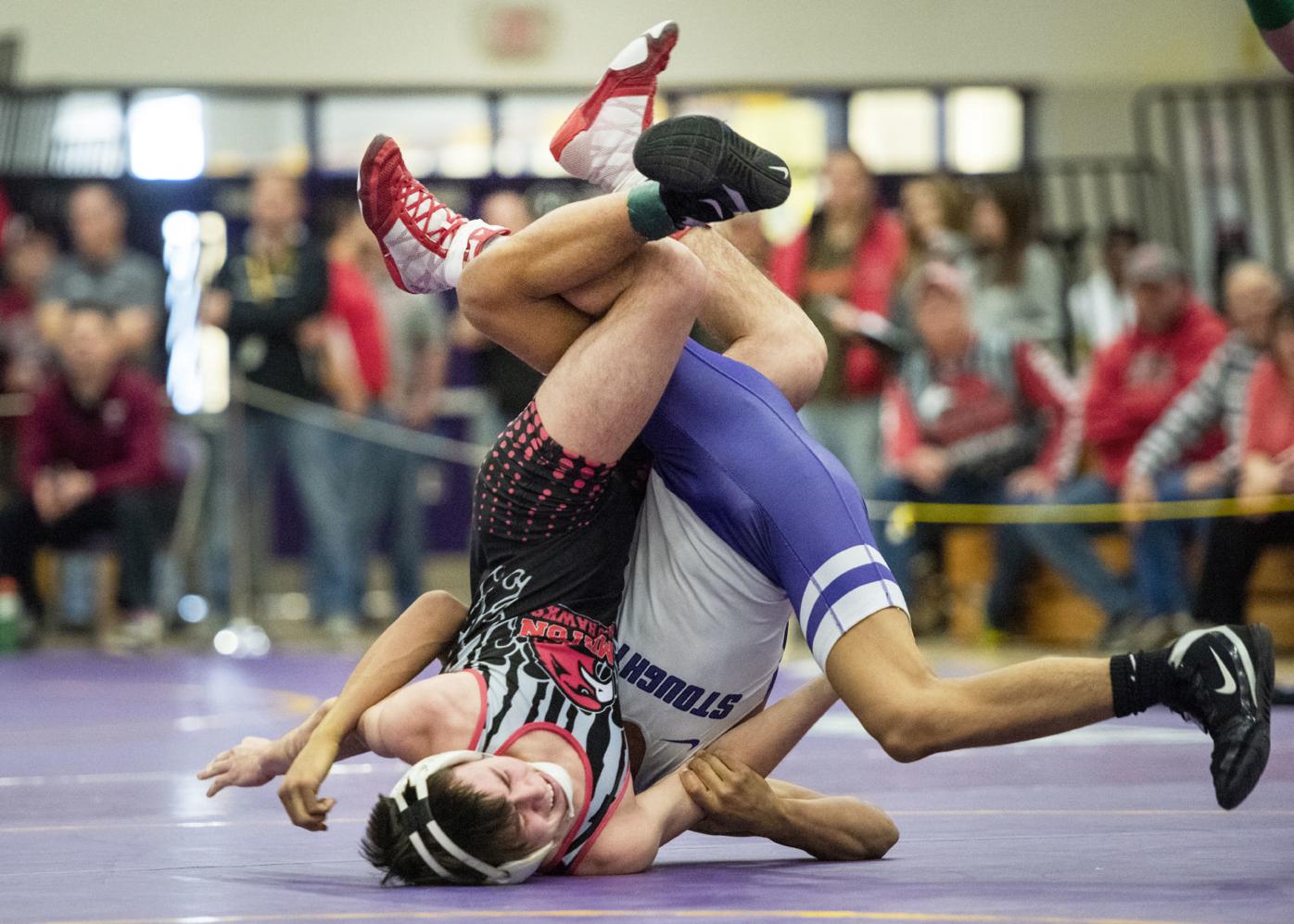 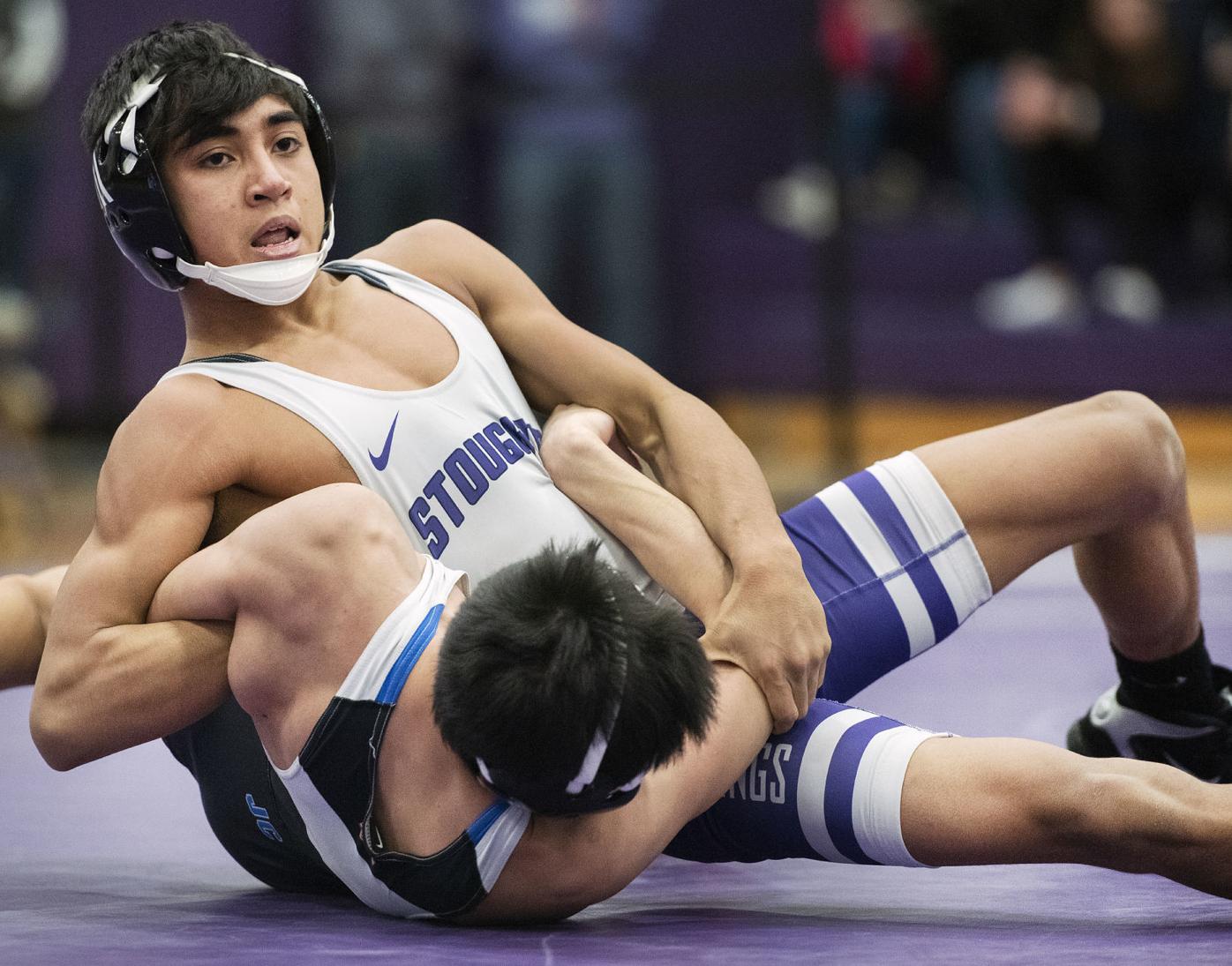 With the exception of boys volleyball and eight-player football, I’ve covered them all at some point while traveling around the state for The Gazette.

So trying to come up with the greatest athlete I’ve covered in each and every sport was not easy, but it sure was a lot of fun. I’ve seen so many great performances—both single event or game, or in a postseason run—that I had to dig deep into the archives to pick one for each sport.

Here’s a look at my personal choices based on seeing them in person:

Phil Downs and Molly Seidel are my overwhelming choices here.

Seidel, a 2012 University Lake School graduate, held the Midwest Invitational record for 4,000 meters and went on to star at the University of Notre Dame where she won the 2015 NCAA Division I national cross country championship. She earned a spot on the 2020 U.S. Olympic team by winning the Olympics Trial marathon.

The nod goes to Crystal Graff, a 2011 graduate of Madison La Follette.

Graff was the 2009 Gatorade Player of the Year and a member of the 2010 U.S. Women’s Junior National team that advanced to the semifinals of the Youth Olympics Games in Singapore. She played for the University of Wisconsin before a knee injury ended her career.

East Troy’s M.E. Dodge received strong consideration. She led the Trojans to the 2014 Division 3 state championship and a runner-up finish in 2015. She was also a key member of Wisconsin’s NCAA runner-up team in 2019.

I proclaimed Michael Flowers as the greatest athlete I ever covered last week.

But Flowers quit football to concentrate on basketball his senior season, I’m going with John Clay as my GOAT.

The 2006 Racine Park graduate appeared to be running downhill whenever I saw him play. He led Park to the 2005 Division 1 state championship with a 259-yard, three-touchdown performance.

I first saw his explosiveness and ability to elude tacklers by either running over them or around them in a playoff win in 2005 over Janesville Craig. On turf, he was nearly unstoppable.

He played three years for the Badgers before declaring for the NFL Draft after his junior season.

Beata Nelson, and no one else was even considered.

I swear Nelson could’ve competed in high school with the boys. She was that good. The 2016 Verona Area High graduate was a 12-time Division 1 state champion, broke national records in the 100 butterfly as a sophomore, junior and senior, and is currently the U.S. collegiate record-holder in the 100 and 200 backstroke thanks to a record-setting career at Wisconsin.

Nobody can convince me she didn’t swim with flippers on.

A foreign-exchange student gets my vote.

Barbara Ochonicka was a foreign-exchange student from Slovakia who enrolled at Janesville Craig as a junior. It didn’t take her long to fit in, either, as she breezed to an unbeaten Big Eight Conference season and went on to finish third in 2007 at the WIAA Division 1 state meet.

My tennis experiences have been few and far between, but Ochonicka stood out.

Soccer is not a specialty of mine by any means, but I certainly can judge talent when I see it, and Juan “Chuy” Rocha was the best player I’ve seen.

The Delavan-Darien graduate led the state in scoring with 55 goals and 127 points in 2014 in leading the Comets to the Division 3 state title.

Led by sisters Brooke and Allyssa Ferrell of Edgerton, along with Milton’s Mia Seeman, the area has produced many outstanding girls golfers that have found success at the state level.

But to be my GOAT, you had to do something really special on the big stage, and that’s exactly what sisters Casey and Lindsay Danielson of Osceola did. They remain the only individuals to win four straight high school state championships. Lindsay accomplished the feat from 2005-2008, while Casey tied her sister by winning four straight from 2009-2012. Casey also holds the state record for lowest score thanks to back-to-back rounds of 69 at University Ridge in 2010. The was the same year the Milton girls team finished second overall in Division 1.

No disrespect to all the greats I’ve covered over the years such as Madison Memorial’s Vander Blue and Keaton Nankivil, Madison West’s Reece Gaines, Janesville Craig’s Robb Logterman, the Flowers brothers at Madison La Follette or Donald Hayes at Madison East, but none of them dominated over a three-year stretch more than A.J. Vukovich.

The 2020 East Troy graduate was a stud on both ends of the court for the Trojans en route to three straight Rock Valley Conference player of the year honors. At 6-foot-5, Vukovich could play any position on the court and was a beast on the boards.

The toughest call for me of all the sports offered.

The obvious choice is Mistie Bass—a three-time state player of the year for Janesville Parker and a two-time state champion.

But for my money, I’ll take another Parker superstar as my GOAT and that’s Jennah Burkholder (Hartwig). Mistie was nearly unstoppable down low, but Jennah was simply always the best athlete on the court every time she played.

She led the Vikings to the state title in 1993, and in my opinion that’s one of the best teams to ever come out of the state. How many other Wisconsin teams can say they beat the No. 1 team in the country (Chicago Marshall) during the season?

Burkholder was named the state player of the year her senior season and virtually shut down high-scoring Angie Halbleib of Middleton in the state championship game at a jam-packed UW Field House.

Didn’t have to look back too far to pick the greatest in this category.

Stoughton’s Nicolar Rivera is still competing. The two-time defending Division 1 champion has yet to lose in his first two years of high school and basically dismantles his opponent every time I watch him. He’s nationally ranked and has got every major college drooling over his services.

I might be a little biased here and called a homer with so many great skaters I had the privilege of covering over the years, but it’s hard to argue with hometown hero Ross Mauermann as the GOAT.

I got to see the 2009 Janesville Parker graduate as not only a key member of the Janesville Bluebirds for four seasons, but also as a two-year player for the Janesville Jets. He later went on to lead Providence College to the NCAA Division I title in 2015 and is now playing professionally for the Fischtown Penguins in Germany.

I’m going to give the nod here to the 2020 seniors of the Elkhorn High Area team. Hunter Johnson, Willy Pinnow, Lucas Koepke and Danny Bush won a boatload of medals at the 2020 Division 2 state meet and capped off a memorable night by joining together to win the 200 freestyle relay.

I realize that Madison Memorial, Madison West and Middleton have dominated boys swim in Division 1, but I’ve never covered a D1 state meet nor a meet in which those teams have competed. My D1 meets have been limited to Craig versus Parker.

I have to pass on both of these because I only cover one gymnastics meet a year (Craig vs. Parker) and girls hockey has not been around long enough nor have I covered enough games to make a valid pick.

So many great ones over the years, including a bunch from Janesville’s 1989 American Legion team that qualified for the AAA World Series, and that’s where I go for my GOAT.

Mark Sievert, a 1991 graduate of Watertown Luther Prep, gets my vote. The right-hander, who was drafted and pitched seven seasons in the Toronto Blue Jays farm system, was nearly unhittable at times. As the youngest on a talented American Legion staff in 1989, Sievert shut down Fullerton, California, in a complete-game masterpiece in a quarterfinal game of the World Series. He also struck out 19 Oconomowoc batters in a game at Riverside Park his senior season for Janesville’s Legion team.

Others on this short list were Craig’s Jack Blomgren, Brian Spielmann and Jake Campbell, along with Tim Achterberg of Edgerton.

With the game on the line, I’ll take Jennah Speth for the win!

The 2016 Delavan-Darien put on perhaps the greatest two-game show in state tournament history. The right-hander struck out 36 batters in two games, including a state-record 22 in a 1-0 extra-innings semifinal win over Northwestern/South Shore. The 36 strikeouts in two games is also a state record.

Boys and girls track and field

There’s fast, and then there is Michael Bennett fast. The 1998 Milwaukee Bradley Tech graduate and former UW football player was a blur on the track. He set state records at La Crosse in the 100- and 200-meter dashes that I had a front row seat for in 1998. He ran a blistering 10.33 in the 100 and a 20.68 in the 200—two records that will certainly stand the test of time.

One look at the swing of Piercen Hunt and it was easy to see why he’ll likely someday make a name for himself on the PGA Tour.

The Hartland Arrowhead product was a two-time WIAA Division 1 state champion and a two-time winner of the Ashenfelter Invitational at Riverside Golf Course. The 2020 Arrowhead grad will play for the University of Illinois in the fall.

A tough call here because not only is my soccer knowledge limited, but I’ve seen far more boys soccer games than girls because Elkhorn and Delavan-Darien’s boys teams always seem to make a long playoff run.

McCabe called Speth “the best athlete he’s ever coached,” and I certainly wouldn’t argue with him. Speth could do it all and was a threat to score every time she possessed the ball. She led Craig to back-to-back regional titles in 2012 and 2013.

Unfortunately, I have to pass on boys tennis. I have not covered enough meets or been to any state tournaments to make a fair assessment.