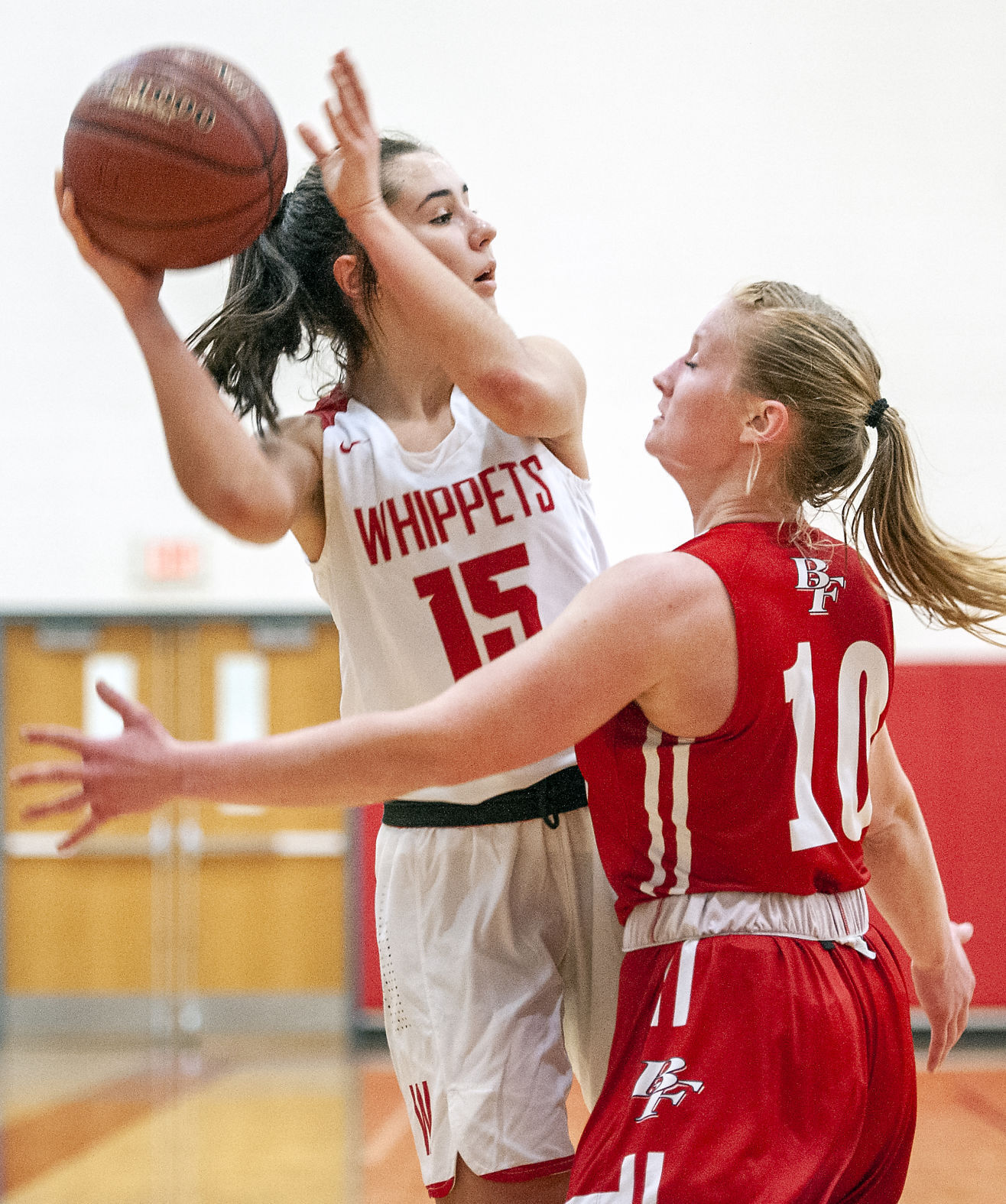 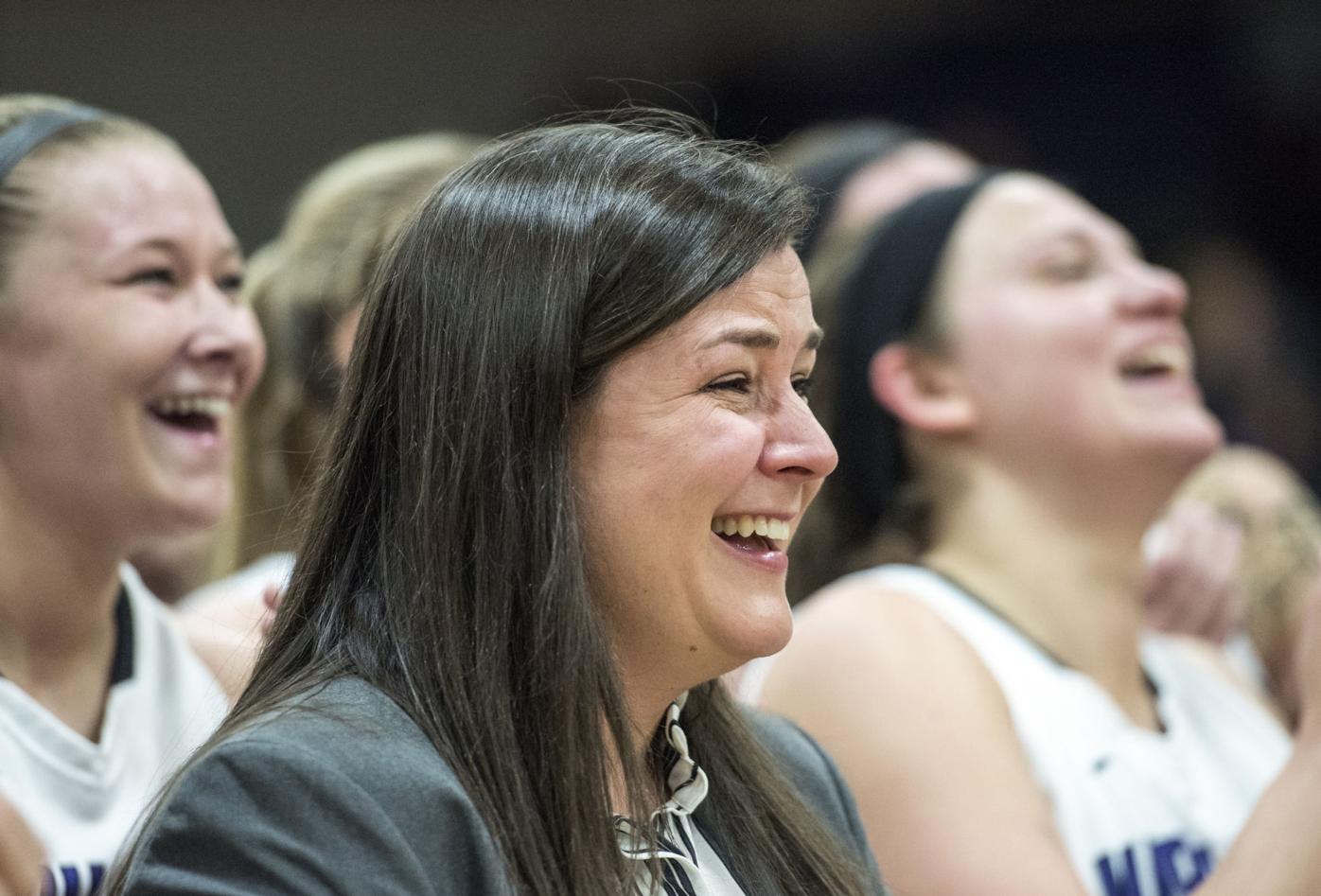 Coach Keri Carollo reacts to a video celebrating her 300th victory after her team's victory against UW-Oshkosh on Wednesday, Jan. 3, 2018, at UW-Whitewater.

Coach Keri Carollo reacts to a video celebrating her 300th victory after her team's victory against UW-Oshkosh on Wednesday, Jan. 3, 2018, at UW-Whitewater.

Friday was a good news/bad news kind of day for Keri Carollo.

On the down side, the UW-Whitewater women’s basketball coach found out that the Wisconsin Intercollegiate Athletic Conference has postponed the start of 2020-21 winter sports seasons until at least Jan. 1, 2021 because of the COVID-19 pandemic.

But the day was not a total wash for Carollo and her program, as her daughter Kacie—an all-Rock Valley Conference first-team selection last season—committed to the Warhawks and will be part of her mom’s highly successful program for the 2021-22 season.

“That really made it a special day,” Keri said of her daughter’s signing. “She was basically raised in that gym (Kachel) and around that program. And she’s got a chance ... to develop into a very good player.

Kacie Carollo will bring a rapidly improving offensive skill set to the Warhawks. The 5-foot-8 guard led the Rock Valley in scoring last season at 19.2 points per game and led the Whippets to a Division 3 regional title game.

She turned down an offer from Division II Missouri-St. Louis to stay home and play for her mom and the Warhawks.

“She’s not coming here just because her mom’s the coach,” Keri said. “She’s got a very high basketball IQ, is very athletic and has room to grow. She brings a lot of positives to our program.

“And she’s another one of those really good Whitewater players that we’ve had that came up through the youth program and developed under (former Whitewater High coach) Judy Harms.”

Coach Carollo said the Warhawks have nearly wrapped up the 2021-22 recruiting class thanks to an early start.

“We know whatever happens, this upcoming season is not going to be anything close to a quote/unquote normal season.”

Miller not surprised by WIAC decision

UW-Whitewater men’s basketball coach Pat Miller said Saturday he was not surprised about Friday’s announcement delaying the start of the season.

Miller said Warhawks fans should understand that resources at the Division III level are much different than Division I when it comes to COVID testing.

“There were other Division III conferences who had done the same thing already, so I knew it was coming,” Miller said. “In Division I, there’s a huge financial interest in playing a (NCAA) tournament his year. But they have more resources for testing, as well as EKGs for myocarditis. Logistically, there are just challenges at our level that are different.”

Miller said he and his staff have continued working on the recruiting trail, but between large freshman and sophomore classes and uncertainty surrounding the season, the process has been tricky.

I think the difficult thing for everybody is that no one knows how long this will last,” Miller said. “We’re all kind of in a situation where everything is fluid and can change. We encourage our guys to work as hard as they can and prepare like we’re going to play.”