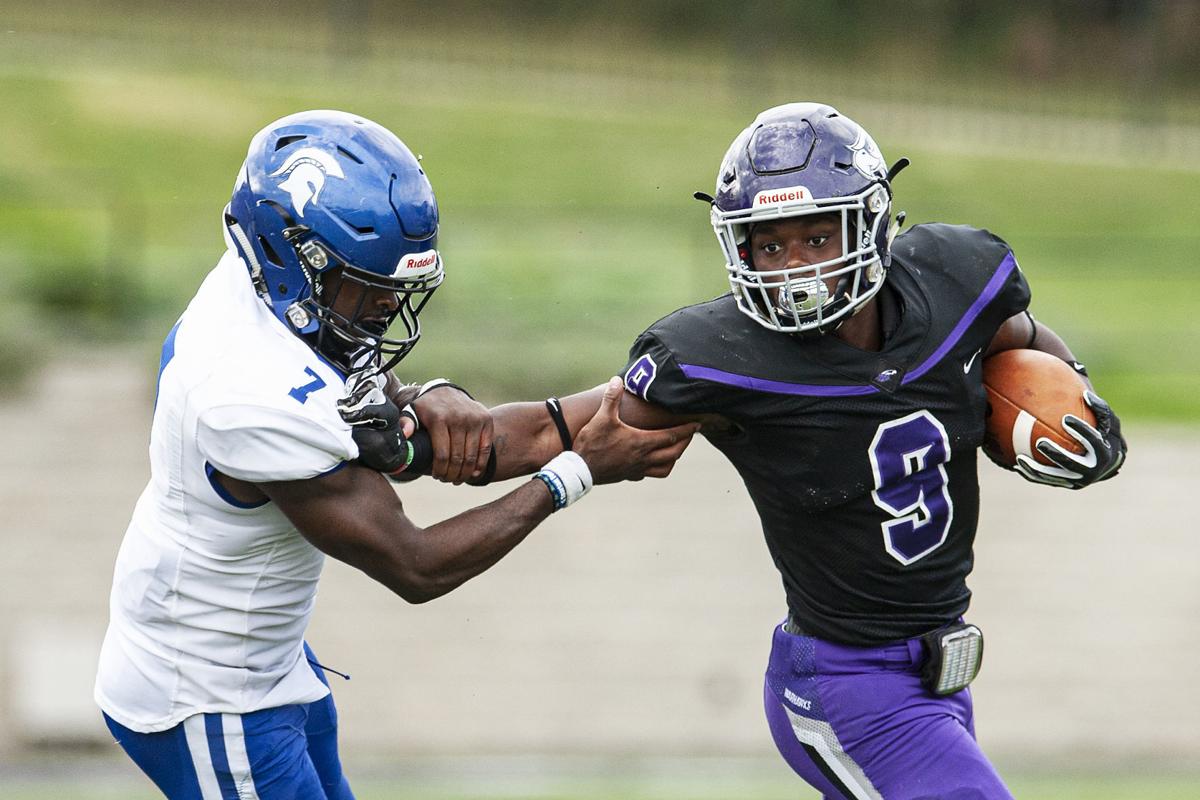 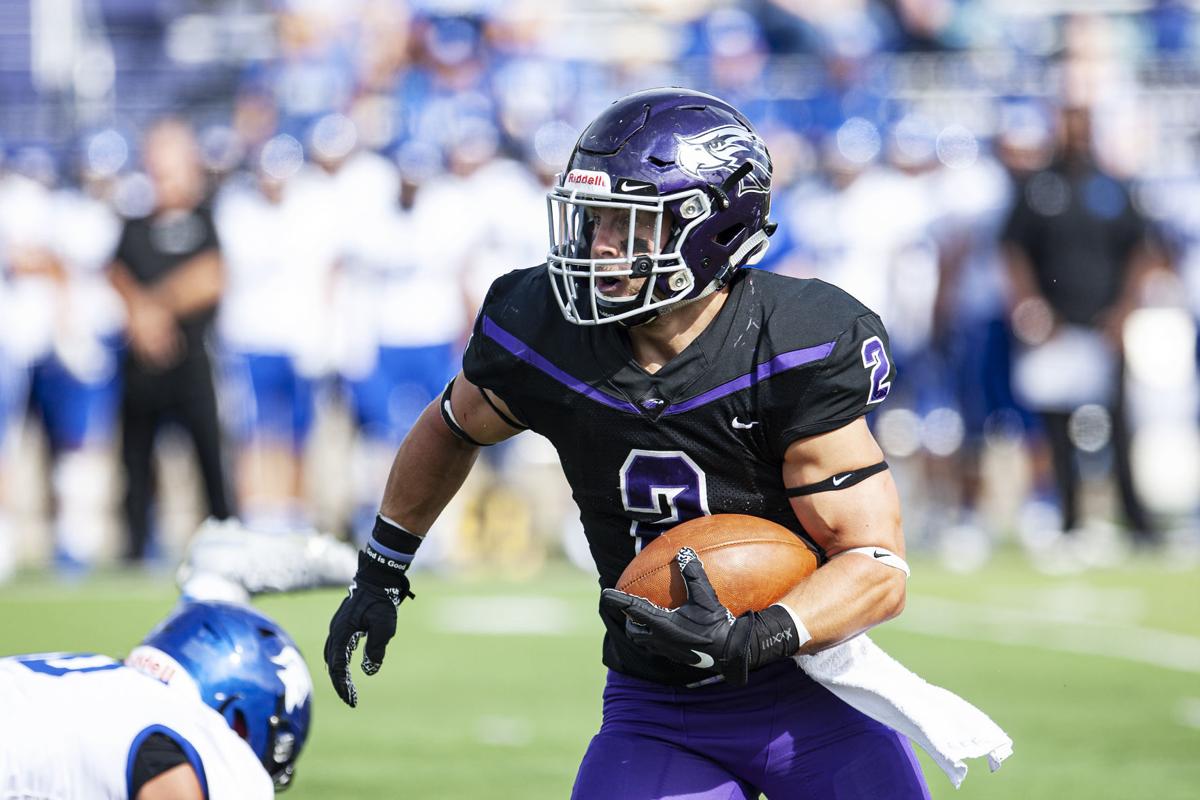 Whitewater running back Ronnie Ponick carries the ball against Dubuque in the third quarter of a nonconference game Saturday, Sept. 7, 2019, at Perkins Stadium in Whitewater.

Whitewater running back Ronnie Ponick carries the ball against Dubuque in the third quarter of a nonconference game Saturday, Sept. 7, 2019, at Perkins Stadium in Whitewater.

Three yards and a cloud of dust.

OK, given some of September’s soggy conditions, perhaps it was more like mud, but the number applies all the same to the UW-Whitewater football team’s rushing attack.

The No. 3-ranked Warhawks are off to a 3-0 start through the nonconference portion of their season, but they’re averaging just 3.4 yards per carry. It’s a number they will attempt to improve on in Saturday’s Wisconsin Intercollegiate Athletic Conference opener against UW-Eau Claire, which kicks off at 2 p.m. at Perkins Stadium.

“Defenses early in the season, in general … play great defense at the beginning of the year. It’s as much as anything to do with offenses continuing to build that timing.”

Whitewater got off to a good start in its 42-7 blowout of Dubuque, when it averaged 4.6 yards on 54 rushes and scored four touchdowns on the ground.

But Concordia-Moorhead and Saint Xavier made life much more difficult in the Warhawks’ two most recent games.

“Teams know we want to run the football,” Bullis said. “We look at it philosophically: Establish the run game, which will open up the pass game.”

Bullis said the Warhawks ran into a pair of defense’s that pride themselves on stopping the run.

“Ultimately, that’s what good defenses do, play great run defenses, and that’s where we had our challenges,” Bullis said. “But that’s what you need, because if you don’t play those caliber of run defenses, what do you learn about yourself in those nonconference games?”

The Warhawks very well could be tested again against the Blugolds.

Eau Claire—coming off an upset victory over St. Thomas (Minnesota)—has yet to allow an opponent to rush for more than four yards per carry, including twice where the opponent averaged less than three yards.

“As the season progresses, you’ll see the scores start to inflate more, and that’s pretty common. But no doubt, getting our run game to the standard we expect it to be at … in the conference season is vital.”

Bullis said he teaches his players respect in all manners, both on and off the field, and that has particularly been a message this week.

Eau Claire scored 21 first-half points and held on to take down No. 6 St. Thomas, and though the Blugolds went 4-6 last season, that record included victories over Platteville and Oshkosh.

“UW-Eau Claire is very disruptive, and they proved that a year ago,” Bullis said. “If you look at their … won-loss record, it’s not going to wow you, but take a look at their wins.

“And the common thing they did in each one of those games is they came out of the game fast as heck—disruptive, causing turnovers, big plays.

“Don’t look past Eau Claire. Do not do that. Three teams have done it in the past year, and it will bite you, for sure.”

Bullis said that last week’s bye week was all about correcting any issues from the first three games.