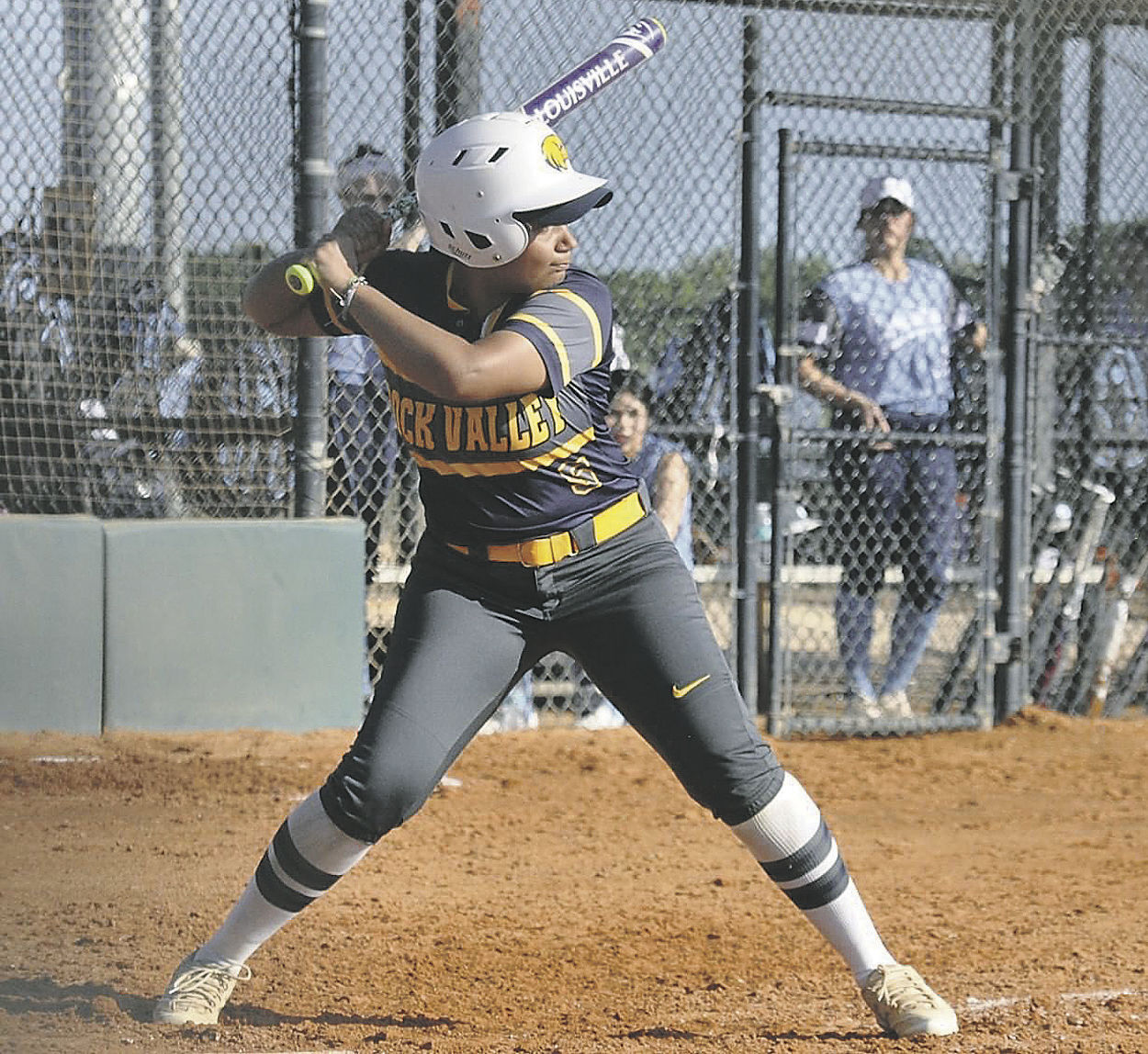 Trinity Fry will take advantage of an extra year of eligibility.

Now she will wear her number on her back.

Fry, a sophomore at Rock Valley College and a former teammate of Amman’s at Beloit Turner High, was chosen by her teammates and RVC coach and athletic director Darin Monroe to wear the No. 7 that Amman donned during her time with the Golden Eagles.

Amman took her own life in June 2018, and since then Monroe has found a way to honor the player that had a profound impact on himself and his uber-successful program.

Since Amman’s death, Monroe has appointed a player who best exemplifies the spirit of Amman, who was a positive presence off the field while being an All-American on it.

Monroe said the honor was well-earned for Fry.

“Of course they were teammates at Turner, and that only adds to it,” Monroe said. “But to see the evolution of what kind of person she’s turned into has been amazing.

“Her freshman season, she showed up, worked super hard and was kind of quiet. Last year, she came in with something to prove and an intent on leading the team. And after she took advantage of the extra year of eligibility because of COVID, she’s been an incredible leader.

“She has the kind of personality where she’s not afraid to speak her mind, and her teammates respect and listen to her.”

Fry’s relationship with Amman began when the two played travel ball with the Screamers. Though she was three years younger than Amman, Fry kept a close eye on her.

“When Summer walked into a room, she would instantly change the energy,” Fry said. “I looked up to her so much. I wanted to hold the same traits she had as a person. So while it’s great that I get to wear her number, it means more that people think I have characteristics that resemble Summer.”

Fry said it’s been a significant emphasis within the program to promote mental health awareness, of which she has personal experience.

“During my time at Rock Valley, I’ve gone through a lot of stuff,” Fry said. “My brother passed away and I definitely had periods where I struggled emotionally. I had to take some days off and seek help. And the coaches and my teammates were so supportive.

“Her death has changed the way the coaches, and really our community faces issues of mental illness. We know how serious it can be. We might not talk about it as much as we should because it’s still a sore subject with a lot of us, but we have changed our actions and the way we express emotions and tell each other how much we care for and love each other.”

Monroe said he is coaching and leading differently these days.

“It really challenged me as a coach to understand that different people go through different things,” Monroe said. “Struggling with your mental health is not a weakness. Being able to discuss it openly allows people to feel more comfortable about it. We need to make sure everyone knows that it’s OK to not be OK.

“There’s never been a better time to raise mental health awareness than right now. With the pandemic continuing and no real end in sight, it’s tough for everyone. These kids are dedicating 25 hours per week to their sport, another 25 or so to school and trying to deal with what can be a financial burden also. That’s a lot of stress when you’re 18 years old.”

Fry said she will do her best to honor Amman by staying positive and being the best teammate she can be.

“I made it my goal before the season to pay more attention to others than I do to myself,” Fry said. “I want to make my teammates as confident as possible, on and off the field. No matter what else is happening in their lives, I want Rock Valley softball to be a positive thing.

“Wearing the number makes it more personal, but throughout the fall I’ve been focusing on those things anyway. If I can just keep doing the things I’m doing, in some way I’ll be living up to what she always meant to me.”