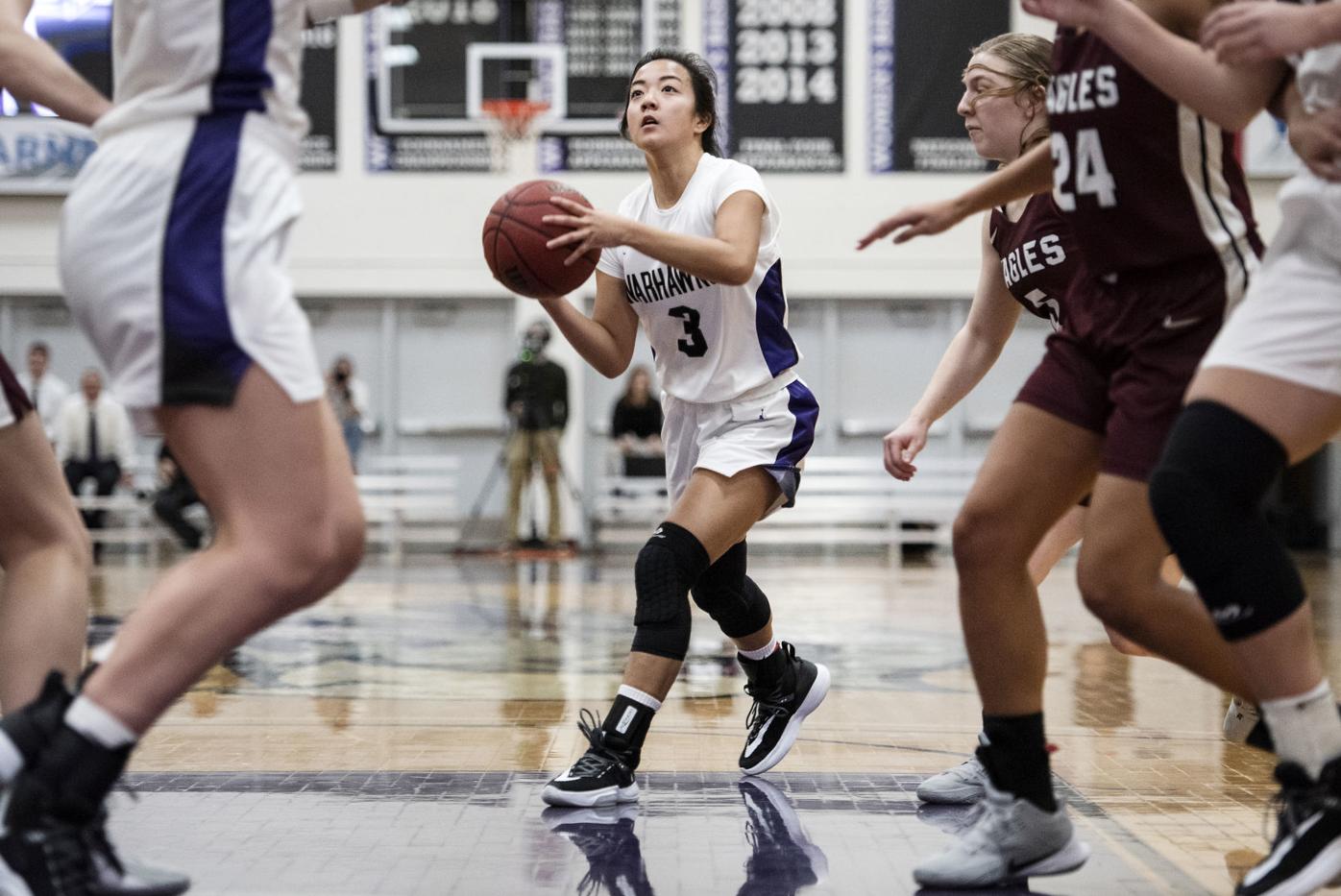 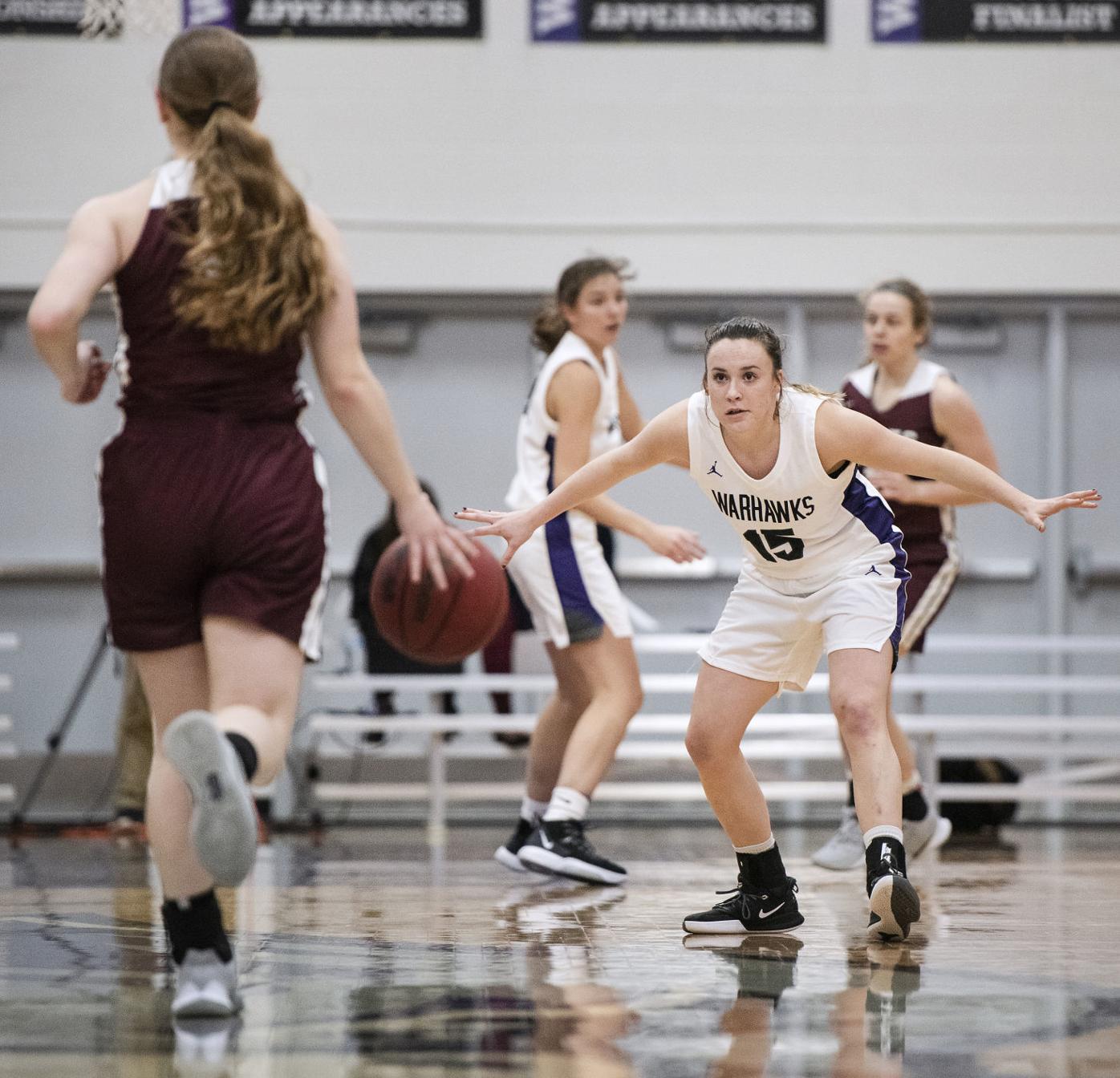 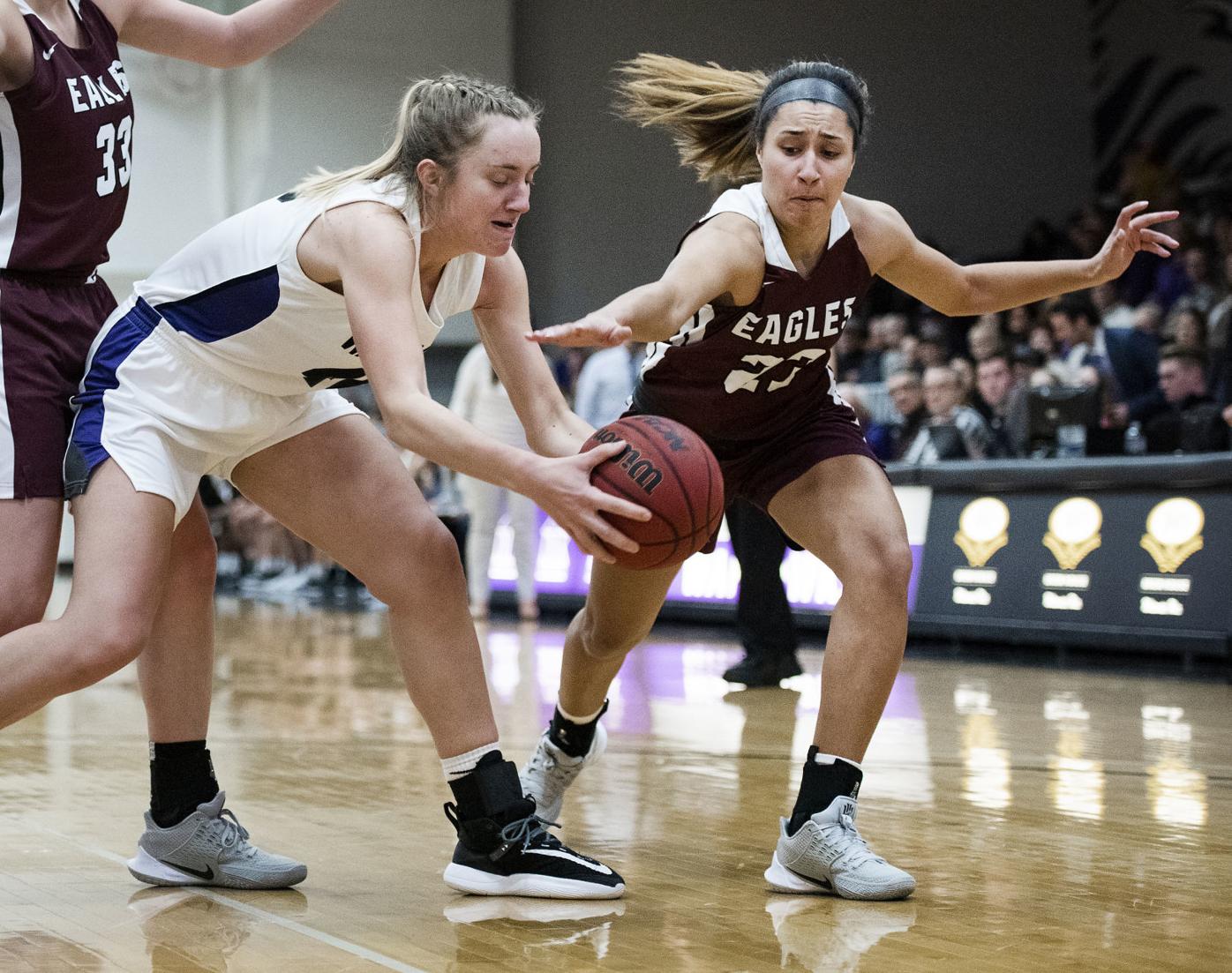 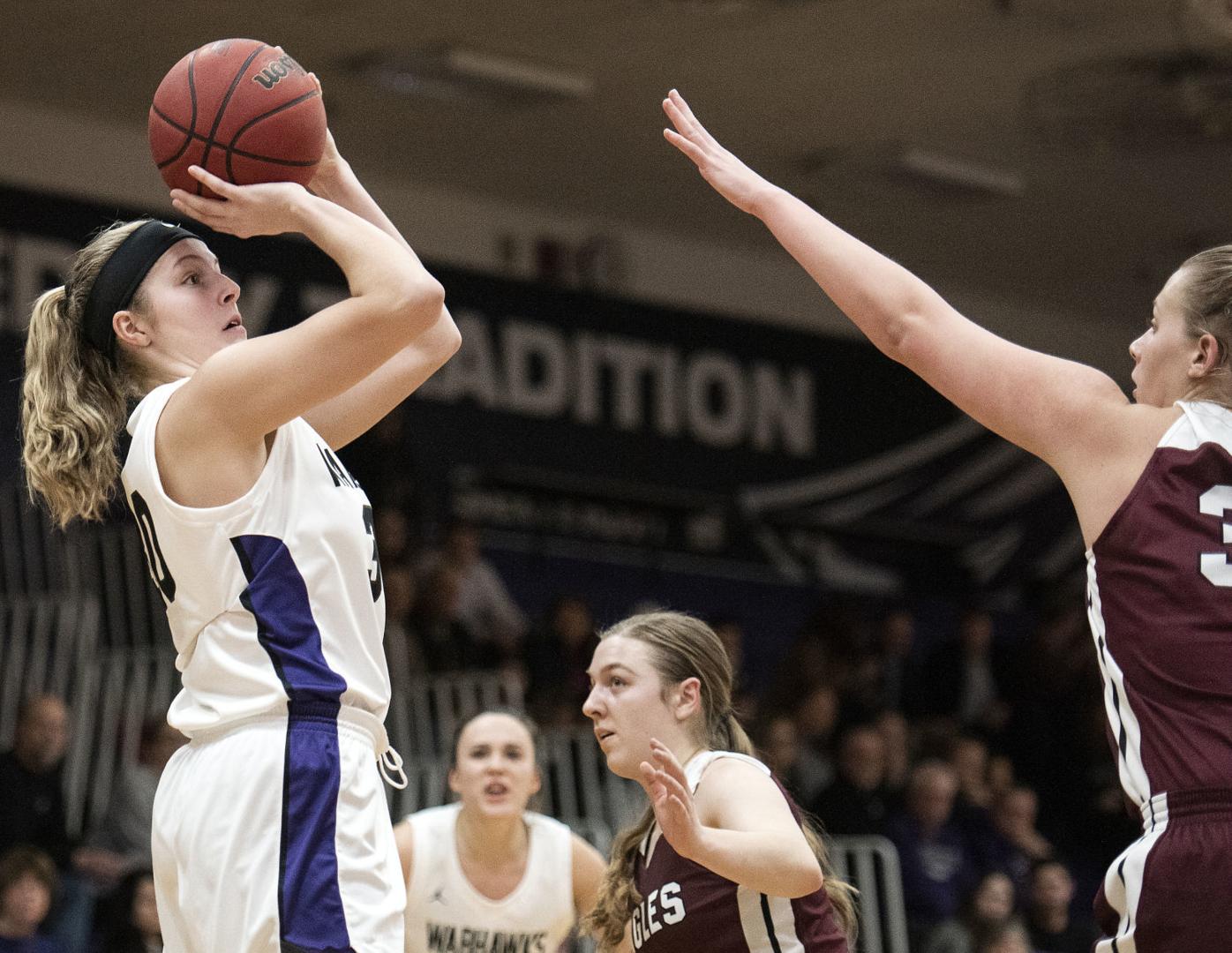 “We have, as a coaching staff, learned how to become extremely patient.”

“Consistency is going to be the most challenging thing.”

“There’s definitely going to be some high points and some low points.”

Those were some of the thoughts of Keri Carollo back on Nov. 6.

Needing to replace multiple starters and preparing to lean heavily on an incoming freshman class, the UW-Whitewater head women’s basketball coach sounded as though she was preparing for a rebuilding season.

Three months later, the Warhawks have rendered all of those quotes obsolete.

Heading into the final six games of the Wisconsin Intercollegiate Athletic Conference season, they are not only the prohibitive favorites to win a league title. They are 17-2, ranked No. 6 in the nation in Division III and—after picking apart nationally ranked UW-La Crosse last Wednesday night—appear built for a lengthy postseason run.

With 17 seasons worth of experience as UW-W’s head coach, it is not surprising that Carollo has put together a roster that meshes well together. She has three DIII Final Fours on her resume, so she knows what she is looking for.

But that this group jelled together so well, so quickly was a bit of a surprise to everyone.

“We just play together well,” senior guard Becky Raeder said. “There’s people that play well together and people that don’t.

“I wasn’t really expecting this, either.”

And yet it took the players just a couple games, or less, to realize they were in a good place.

Junior guard Rebekah Schumacher said the foundation of the team’s chemistry was laid in preseason practice.

“We have a super young team, so it took a little to get the hang of it, but by the time the season rolled around, I think we knew we had something special,” the Whitewater High graduate said. “We definitely had to work for it every practice, though.”

Raeder said she knew the team’s potential after its third game.

They took on 10th-ranked DePauw (Indiana) in a nonconference game Nov. 16 and lost by one point in overtime.

“We should have won that game,” Raeder said. “After that, we kind of realized, OK, we can do this.”

Carollo said before the season began that Raeder’s leadership would be key.

This was UW-W’s youngest team since 2014-15. That group also had a talented freshman class, but those rookie players were also tasked with being some of the team’s top leaders.

This year’s young group has been able to lean on Raeder when necessary.

“She’s taken them under her wing, and they follow her,” Carollo said.

“She leads by example, she works hard, always has a positive attitude. It’s hard not to gravitate toward that. To be a good team, you’ve got to have great leaders. She’s been a pretty special one for us.”

The thing the Warhawks flaunted most in their most recent victory over La Crosse was their depth.

Nine players logged at least 14 minutes, and nobody played more than 27:34.

Raeder and Veronica Kieres have been the mainstays at the guard position, each starting all 19 games.

But in a strong example of the team’s depth, when it lost all-conference guard Emily Schumacher to a torn ACL just after Christmas, everyone has stepped up to fill the void.

Rebekah Schumacher has moved into a starting position for the first time in her career and is beginning to flourish, scoring a career-high 14 points against La Crosse. Yssa Sto. Domingo is a sparkplug off the bench, and Adriana Green has returned from injury in the last few games and put in 14 productive minutes Wednesday.

But it is Whitewater’s depth in the post positions could be a game-changer come NCAA Tournament time. Carollo has four legitimate 6-footers that she can rotate.

Freshman Aleah Grundahl is the team’s second-leading scorer at 9.8 points per game. Six-foot-2 junior Johanna Taylor is the leading rebounder (6.7) and third-leading scorer among active players. And sophomore Courtney Oomens and freshman Abby Belschner come off the bench to provide about 12 points and eight rebounds a night.

Oomens played the fewest minutes of the four against La Crosse but finished with 11 points in 14 minutes.

“They give it their all when they’re in there, because they know their teammates are going to come in and give it theirs,” Carollo said. “They don’t ever worry too much about getting tired.

“And they’re all so different (in their styles) that they each bring something to the table.”

And that point leads right into the unselfishness of this Warhawks team.

Raeder, who averages a team-best 12.8 points, scored five against La Crosse—taking seven of the team’s 61 shots—and did not care.

Six different players have led the team in scoring in at least one game this year, and Schumacher was very nearly the seventh.

After 19 games, it’s fairly safe to say: Carollo’s patience is no longer being greatly tested; the Warhawks are pretty solid fundamentally; there has been no lack of consistency; and the high points have vastly outweighed the low.

That talk of a rebuild back in November is ancient history.

These Warhawks now appear built to play deep into March.