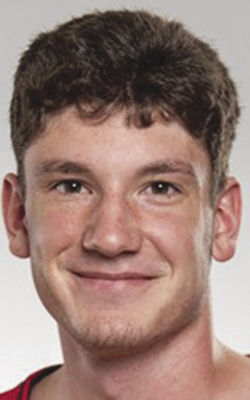 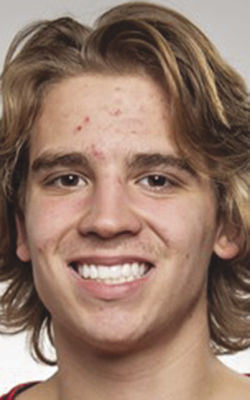 Here are some local and area high school graduates who had successful seasons:

“Ross has really grown as a player and a person since he arrived on campus in 2017,” Falcons coach Jeff Berkhof said.

“We really think the sky is the limit for Ross, but he has been hampered by continuous knee issues each year he has been here.

“Our hope is that he can get that straightened away and will have a really big senior season next year.”

Huml, a guard out of Janesville Craig, had a typical freshman season in the WIAC. He played 61 minutes and averaged 1.4 points.

“Jack Huml is a hard-working kid,” Berkhof said. “We did not promise him a roster spot last fall, but he has done a nice job working his way onto our team.

“He has seen some limited minutes this year due to some injuries and has done a good job when called on to play.”

The 6-foot-1, 295-pound offensive guard injured his shoulder his freshman year, but he recovered and was a starter in the final three seasons.

He earned third-team all-West Region honors for the second straight season this year. He helped the Green Knights average 185.2 rushing yards per game.

A starting right guard, he was a two-time all-Midwest Conference first-team selection.

Rinehart, an Evansville High grad, lost the third-place heavyweight match, 3-2, to Cole Fibranz of Chicago at the NCAA Upper Midwest Regional two weeks ago. The top three finishers qualified for the national meet.

Rinehart was ranked No. 4 in the heavyweight division going into the regional.

Rinehart captured the WIAC heavyweight title, pinning three of his four opponents. It was his first WIAC title.

Rinehart finished 24-3. His only loss going into the tournament was to the No. 1-ranked wrestler in the nation, Drew Kasper of Otterbein University.

Another solid contributor for the Pioneers wrestling team was Evansville graduate Chase Katzenmeyer. The junior wrestled in the 141-pound weight class.

Katzenmeyer completed the season with a 17-15 record, which included four pins.

Stilling did not wrestle in any Big Ten matches. Senior Tristan Moran was the Badgers’ No. 1 wrestler at 141, and he qualified for the national tournament.

The national tournament, which was scheduled to start Thursday in Minneapolis, has been canceled.

Tom Miller is a page designer/sports writer for The Gazette. Have a story idea on a recent area high school grad currently competing in college sports? Email Miller at tmiller@gazettextra.com.

Wisconsin is among 20 states that have not issued mandatory mask orders as a method to combat the spread of the coronavirus. Is Wisconsin doing the right thing?