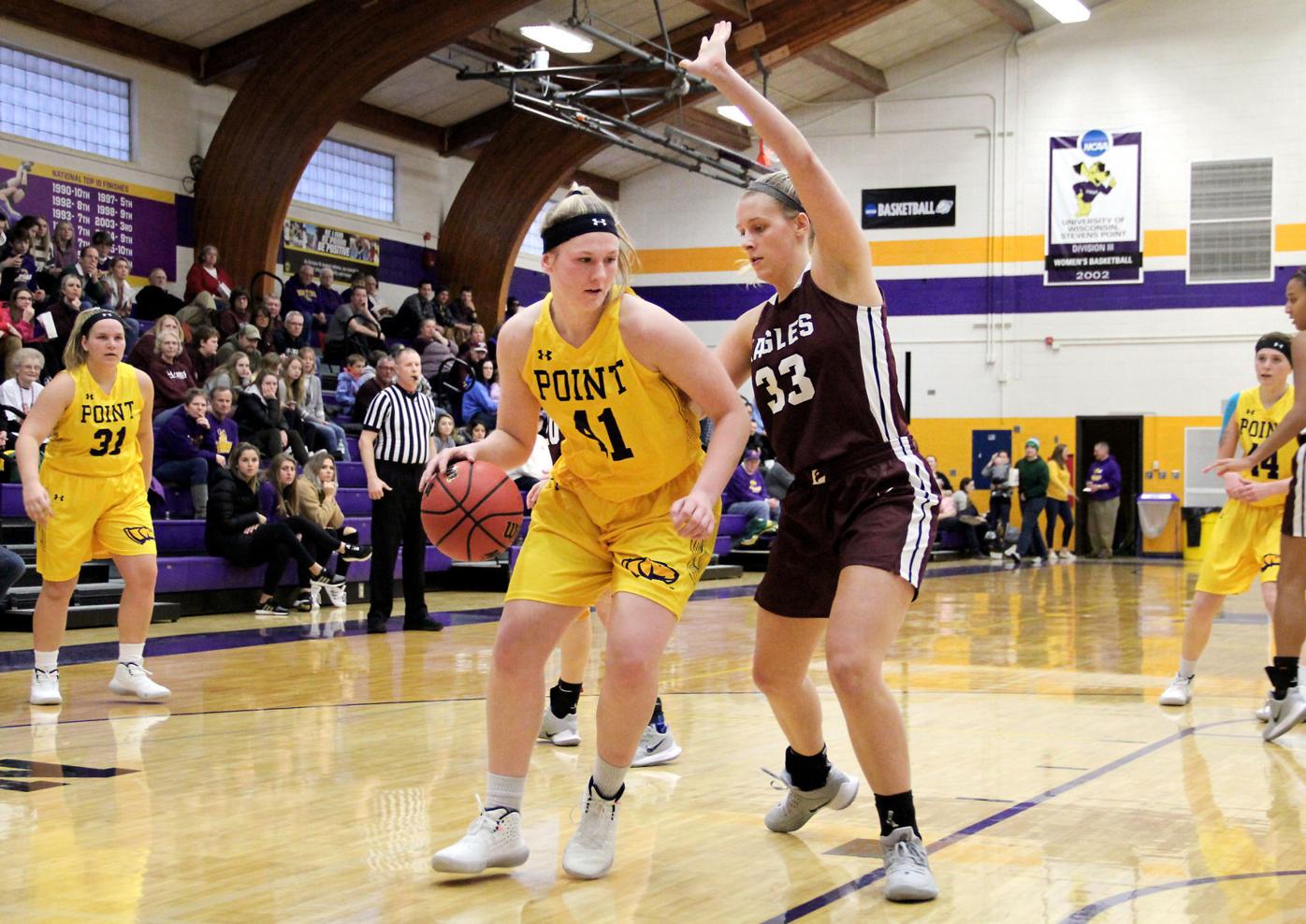 Bailee Collins, left, is a Milton High graduate who is finishing up her junior season at UW-Stevens Point averaging 10.9 points. 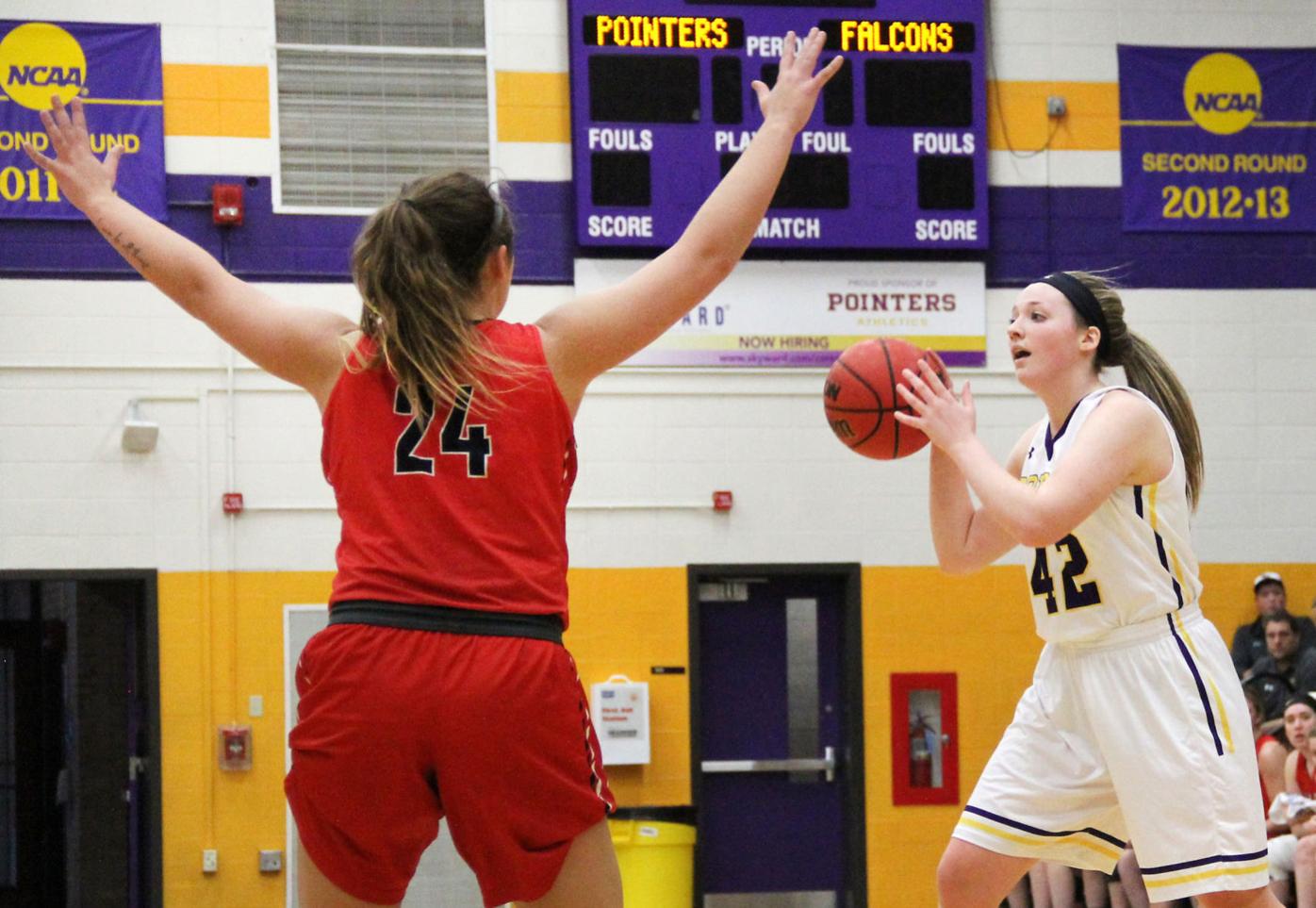 Kellan Schmidt, right, an Edgerton High graduate, is a starter for UW-Stevens Point. She is averaging 7.8 points a game in her junior season.

Bailee Collins, left, is a Milton High graduate who is finishing up her junior season at UW-Stevens Point averaging 10.9 points.

Kellan Schmidt, right, an Edgerton High graduate, is a starter for UW-Stevens Point. She is averaging 7.8 points a game in her junior season.

Kellan Schmidt remembers the August day she opened the email listing her basketball teammates for her freshman season at UW-Stevens Point.

The recent Edgerton High graduate scanned the roster when she came upon the name of Bailee Collins, Milton.

A player from a nearby high school going to Stevens Point? Great, right?

“This girl is going to the school I’m going to?” Schmidt recalls thinking. “She’s my rival. She’s from Milton, and I don’t like her.”

The feeling was mutual on Collins’ part. She thought she was through with dealing with Schmidt. Then she spotted Schmidt during a Pointers tryout.

“I was like, ‘Oh my gosh. She’s here too?’” the Milton High graduate said.

Their attitudes toward each other were developed during Tuesday night sweat league games in Edgerton throughout their high school years. Those matchups created a less-than-friendly opinion of each other.

While it did not seem like it at the time, it was a dislike out of mutual admiration.

“She’s physical, she wants to get into me, it’s a battle every time we play each other,” Schmidt said of those sweat league matchups. “Then, of course, it gets chippy because we both want to beat each other.”

“Kellan and I would always play each other,” Collins said. “Every time we’d play Edgerton, I was like, ‘You mean I have to play that girl again?’ I would get so frustrated about it because she was so good. She’s just one of those people you don’t want to play against.”

Both Schmidt and Collins are starting pivot players for the Pointers.

The 6-foot-1 Collins, an all-WIAC honorable mention selection as a sophomore, is averaging 10.9 points and 4.5 rebounds in 21 minutes of playing time. She also has six blocks and five steals.

They are getting along just fine.

Collins wasn’t even going to play basketball after high school, even though assistant UW-SP coach and recruiting coordinator Diane Gilbert had been sending her emails.

Her thinking changed one day while shooting baskets just a month before school started at the Milton YMCA.

“I really miss it,” she told herself.

So she tried out for the Pointers. Collins made it. Now Schmidt was a teammate.

“So here I am, playing with a girl I thought I hated,” Collins said.

Schmidt, meanwhile, was concentrating on volleyball when she first got to Stevens Point. A 12-letter winner at Edgerton High (volleyball, basketball and softball), Schmidt was determined to play both volleyball and basketball at the NCAA Division III level.

The goal was admirable, but the hours it took got to her. Besides adapting to college life and classes, Schmidt hit the wall when her volleyball season was ending and basketball season was starting.

“For about two weeks, they overlapped,” Schmidt said. “I would go from volleyball practice, which was from 3 to 5 (p.m.), and then go change from my volleyball clothes to my basketball clothes and practice basketball from 5 to 8.

“I did that for a week and then realized that I was about to burn out,” Schmidt said.

She said the coaches in both sports were accommodating. Pointers head basketball coach Shirley Egner recommended that Schmidt just attend practice to get to know the players.

After that first year, Schmidt decided to concentrate on basketball, the sport she was recruited to play. She believes she could have played both sports but that her play would have suffered in both.

“If I would have kept playing volleyball, my basketball play would have been very plateauing,” she said. “When I just focused on one sport, I got to excel in basketball instead of plateauing.”

So here Collins and Schmidt are, entering the final two games of their junior season as solid contributors in the Pointers program.

Tom Miller is a sports writer and page designer for The Gazette. Have an idea for a column catching up with an athlete who graduated from an area high school who is now playing in college? Email him at tmiller@