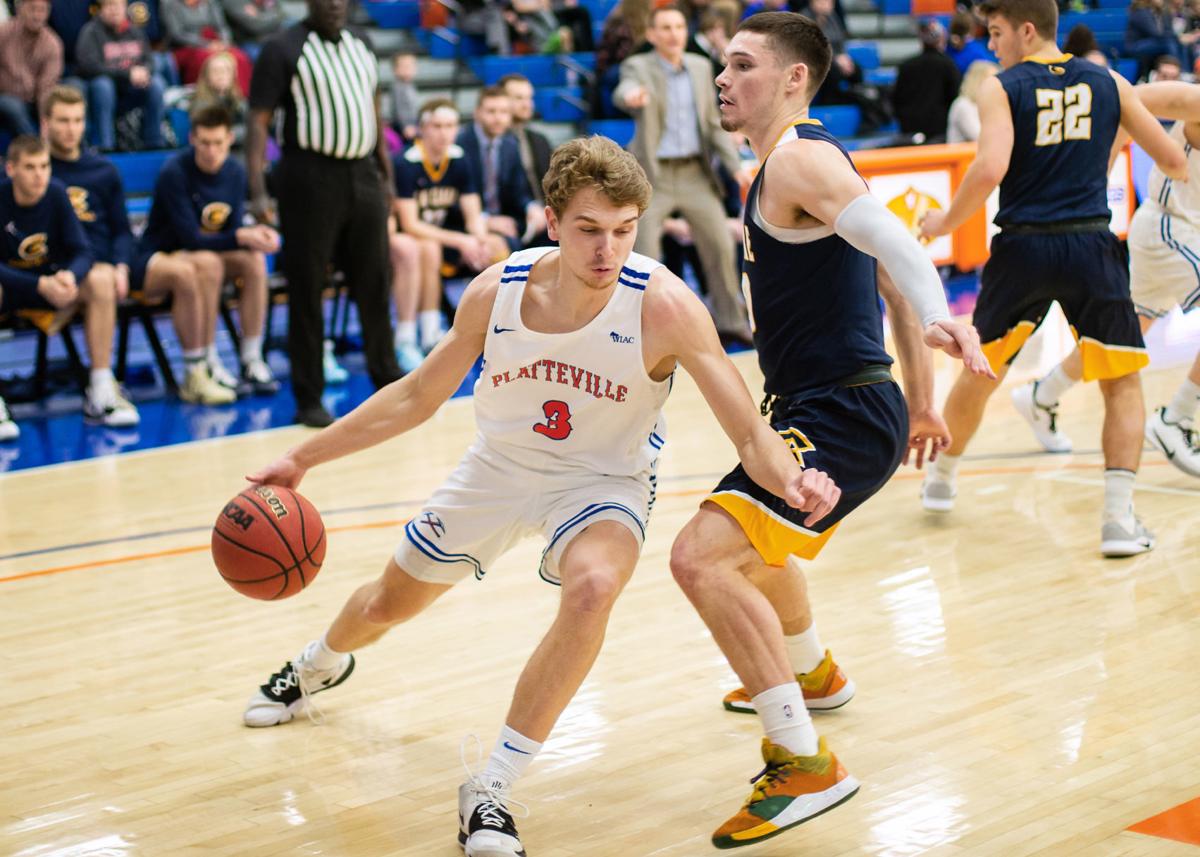 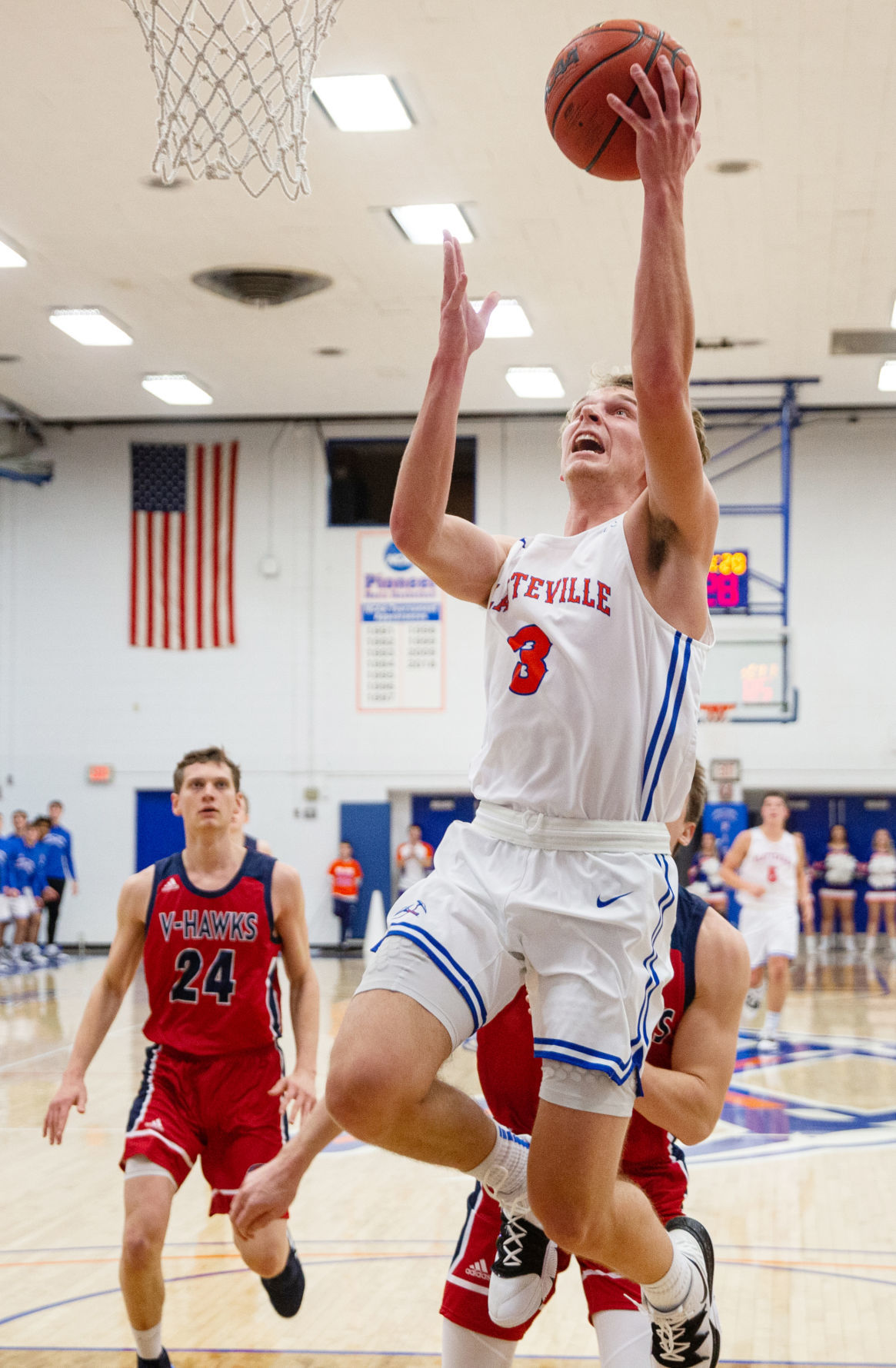 UW-Platteville sophomore Blake McCann goes up for a layup during a game earlier this season.

UW-Platteville sophomore Blake McCann goes up for a layup during a game earlier this season.

McGuire said this decades before the Kentuckys, Dukes and North Carolinas proved you can win with first-year players, but those are elite freshmen.

For the vast majority of freshman basketball players, there is a major transition going from high school to college.

Janesville Craig graduate Blake McCann is a great example of that. While far from a liability during his first season on the UW-Platteville squad last year, the guard has made major strides this season.

McCann played an average of 10.7 minutes a game last year and averaged 3.4 points for the Pioneers, who won the WIAC Tournament and lost in the first round of the NCAA Division III Tournament to finish 18-11.

In 18 games this season, the sophomore guard is averaging 24 minutes of playing time, scoring 7.8 points per game.

Platteville is tied for first place with Oshkosh at 6-2. The Pioneers are 16-3 overall.

McCann made his first start of the season Jan. 18 in a WIAC game at UW-La Crosse due to an injury to starting guard Quentin Shields. McCann played a season-high 34 minutes and hit a key 3-pointer late in the second half of the Pioneers’ 69-67 victory.

Platteville coach Jeff Gard said McCann’s progression is the result of building his body and understanding the game.

“That freshman year is usually about the adjustment to college,” Gard said in a phone interview last week. “And getting used to the physicality of the game. From freshman to the sophomore year, their bodies start to mature a little more both physically and mentally.

“Blake has filled out, and that has expanded what he feels confident doing both offensively and defensively.”

Gard did not worry about McCann making major mental mistakes.

“His basketball IQ is really high,” Gard said. “He always had a high ceiling.”

McCann displayed that his senior season at Craig High. He averaged 20.2 points a game and was The Gazette’s area player of the year.

Then, as most freshmen do, he had to start over when he got to college.

“You come from high school, and you’re the top man on the totem pole,” Gard said. “You come in and have to be patient. Let the process develop. You put in that work, and you’ll be rewarded at the end of the day.”

With increased playing time and numbers, McCann is a prime example of that.

Janesville Craig graduate Jake Negus is past his initiation into college basketball.

Now in his junior season at Edgewood College in Madison, Negus is the second-leading scorer for the Eagles, averaging 15.7 points per game. His 64 assists leads the team.

Negus missed four games for medical reasons, but he is on a roll recently.

On Saturday, he led the Eagles in points (24), rebounds (8) and assists (8) in a Northern Athletics Collegiate Conference game at Illinois Tech. A first-team All-NACC selection last season, Negus was 9-of-13 from the floor, including 2 of 3 on 3-pointers.

Empereur getting it done at Beloit College

The 6-foot senior is averaging 11.6 points and 4.9 rebounds a game for the Buccaneers, who are 6-6 in the Midwest Conference and 8-11 overall.

His most memorable game came a week before Christmas against UW-Whitewater.

Empereur logged 54 minutes of playing time. He had a team-leading 12 rebounds and four assists and scored 16 points.

Empereur has 54 assists and 26 steals. He leads the team in steals, is second in rebounding and assists and is the third-leading scorer.

Those totals likely will go up. The Buccaneers still have two games remaining against up-tempo Grinnell, which is allowing an average of 102 points a game while scoring 109.

Beloit plays at Grinnel on Wednesday night and will host the Pioneers on Tuesday, Feb. 18.

Both the WIAC men’s and women’s basketball teams took the weekend off from conference games.

It was the first bye in the conference schedule since UW-Superior left the WIAC in 2015.

Gard said the coaches pushed for the break.

“You want to send the best teams into the NCAA Tournament,” the UW-Platteville coach said. “You want them to go in rested and healthy.”

The Pioneers have qualified for the NCAA Division III Tournament the past two seasons. Last season was a grind for the team.

“We had to win the WIAC tournament just to get in the tournament,” Gard said. “That was 17 straight Wednesday-Saturday games and three conference tournament games. That’s Tuesday-Thursday-Saturday. That takes a toll on them.

“I don’t care how deep your bench is, that’s a grind on the kids. This gives them an opportunity to catch their breath and helps them academically as well.”

Tom Miller is a page designer/ sports writer for The Gazette. Have a story idea on an area high school grad now competing in college? Email him at tmiller@gazettextra.com.