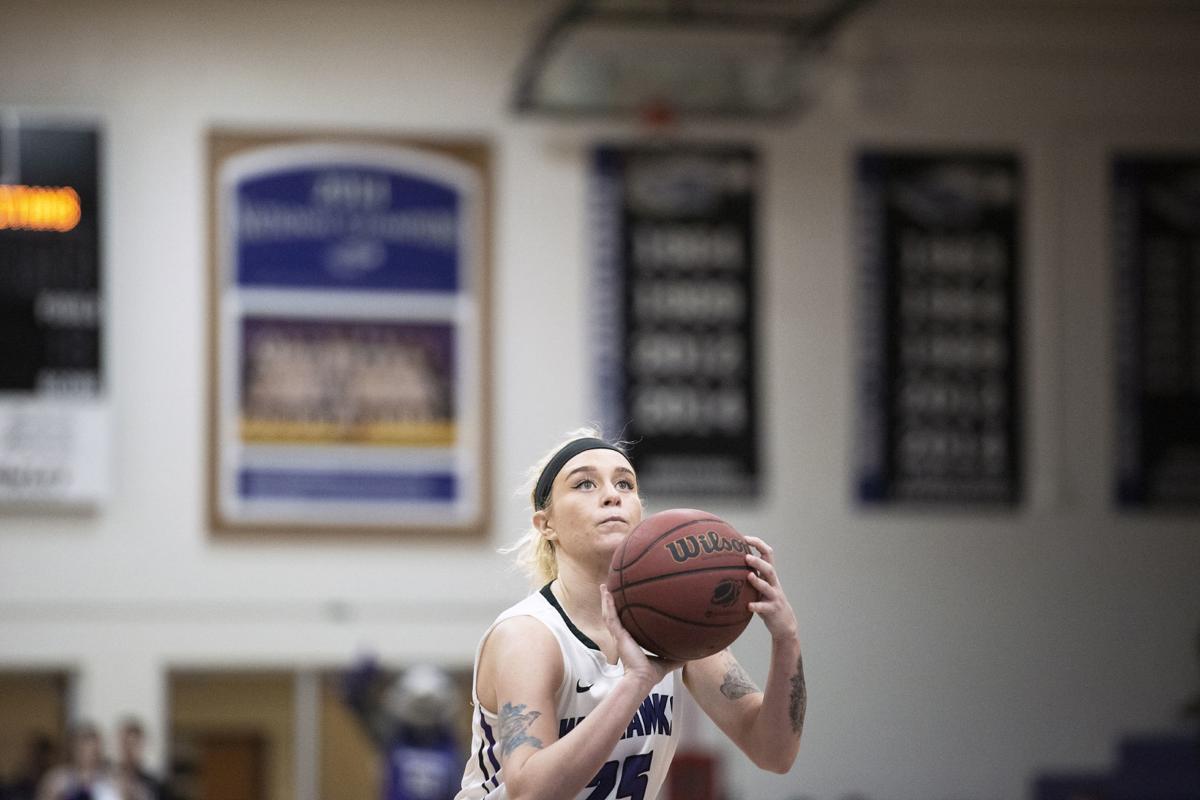 UW-Whitewater's Emily Schumacher (25) shoots free throws in overtime during the Warhawks' game against UW-Oshkosh on Monday, February 4, 2019, at UW-Whitewater. 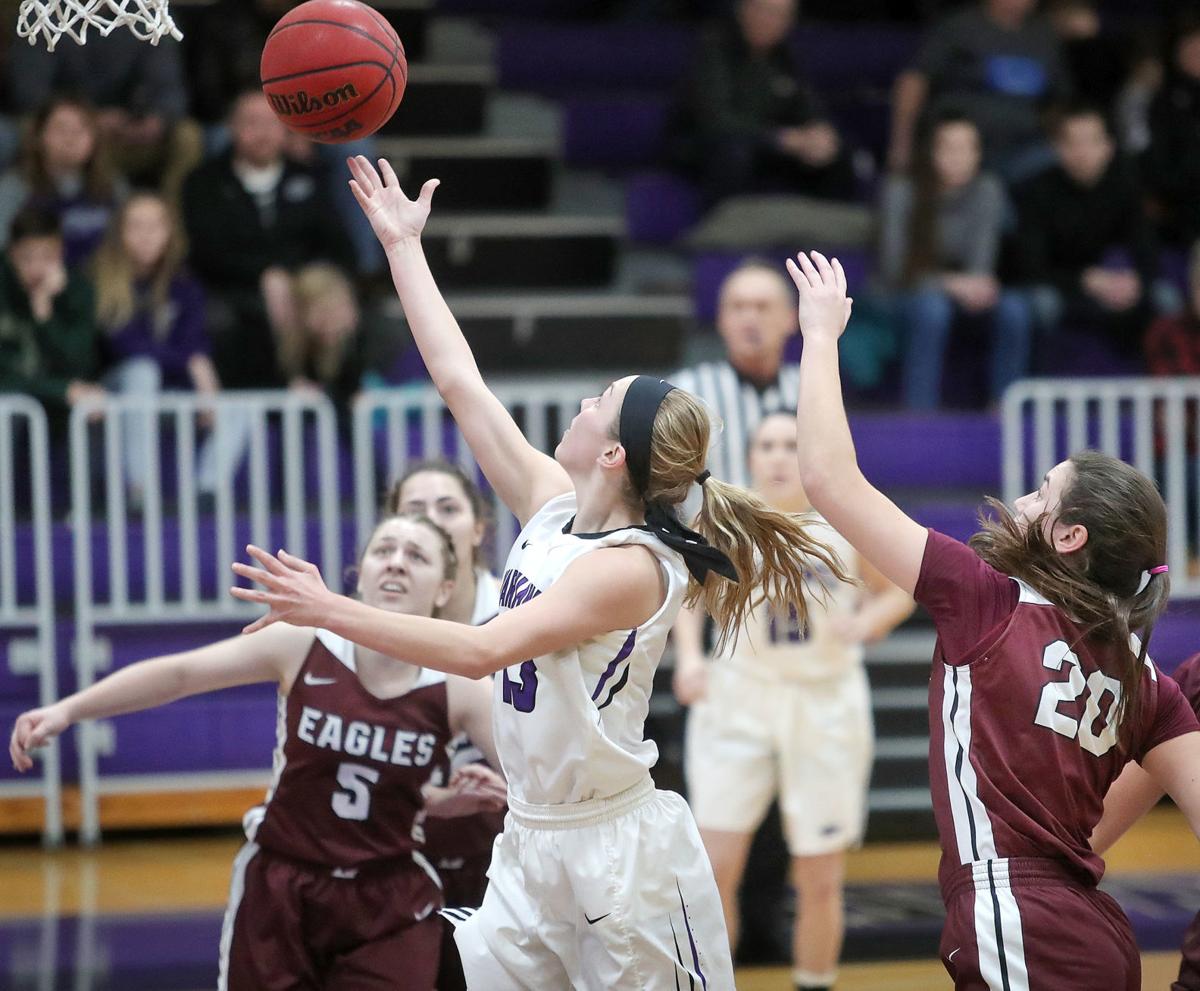 Becky Raeder attempts a layup during their game against UW-La Crosse in Whitewater on Saturday, Jan. 12.

UW-Whitewater's Emily Schumacher (25) shoots free throws in overtime during the Warhawks' game against UW-Oshkosh on Monday, February 4, 2019, at UW-Whitewater.

Becky Raeder attempts a layup during their game against UW-La Crosse in Whitewater on Saturday, Jan. 12.

Keri Carollo has a blueprint and an assortment of people ready to help her get to work.

The UW-Whitewater women’s basketball head coach must replace 60 percent of her starting lineup, and she will rely on new faces to help fill the gaps.

More than half of the Warhawks’ roster is freshmen as they get set to tip their regular season Tuesday night at Calvin in Grand Rapids, Michigan.

“We have, as a coaching staff, learned how to become extremely patient. And we have been doing probably the most teaching that we have done in a long time. … We brought in a whole group of freshmen that we feel like are going to be great contributors to our program—not only this coming season but in years to come.”

UW-Whitewater is coming off a season in which it finished 18-10 overall and 10-4 to tie for second place in the Wisconsin Intercollegiate Athletic Conference. It lost in the first round of the NCAA Division III Tournament.

The Warhawks were picked to finish third in the WIAC this season, behind UW-Oshkosh and UW-La Crosse, both of which are ranked in the top 25 nationally in preseason polls.

“It’s a building process with this group, but … you can see that they’re starting to come together,” Carollo said. “There’s definitely going to be some high points, and there’s going to be some low points throughout the season.

“Consistency for us is probably going to be the most challenging thing.”

If experience means anything, the Warhawks should be more consistent in the backcourt than in the frontcourt.

Junior guard Emily Schumacher was the team’s leading scorer last season at 12 points per game. She started all 28 games and made a team-best 58 3-pointers, shooting 33.5% from beyond the arc.

“Emily is really smart, and she knows when she needs to created and get a shot for us and when she can kind of settle in and just run our stuff and execute,” Carollo said. “We aren’t going to ask her to give us 20 (points) a night, we’re just going to ask her to take care of the basketball and make sure that we’re performing at a high level.”

And senior guard Becky Raeder was the third-leading scorer, averaging 9.0 points per game. She started all but one game, led the Warhawks in total minutes played and dished out a team-high 63 assists.

“We’re going to lean on her a lot to carry a little bit of the burden of scoring and then just being a great leader,” Carollo said.

Megan Corcoran, a 5-foot-10 guard, is the only other senior on the roster and gives the Warhawks another outside shooting threat.

Junior center Johanna Taylor averaged 3.5 rebounds a game last year despite playing just over 10 minutes per game. The other juniors are: Adrianna Green, who played just 14 games last year due to injury and is still working her way back; and Rebekah Schumacher, a Whitewater High graduate that appeared in 20 games last season.

Yssa Sto. Domingo and Lake Geneva Badger High graduate Courtney Oomens are the only other sophomores, and they played a total of 43 minutes as freshmen.

Armed with a message that her team had roles to fill, Carollo was able to bring in a 10-player freshman class that has plenty of potential.

Forwards Aleah Grundahl and Abby Belschner may lead that pack to open the season. They both stand 6 feet tall and will help fill the voids left by forwards Olivia Freckmann (11.1 points and 9.2 rebounds per game last year) and Sarah Schumacher (7.6 and 4.7).

“We talked to our freshman about, they can’t be freshmen, which is unfortunate for them but exciting at the same time,” Carollo said. “They’re going to have to step in and really play a big role for us.

“We will (play a lot of players) early, for sure, just to get that game experience. And then, as the season progresses, I’ll really be able to identify … who I can trust. Right now we’re trying to figure those things out.”