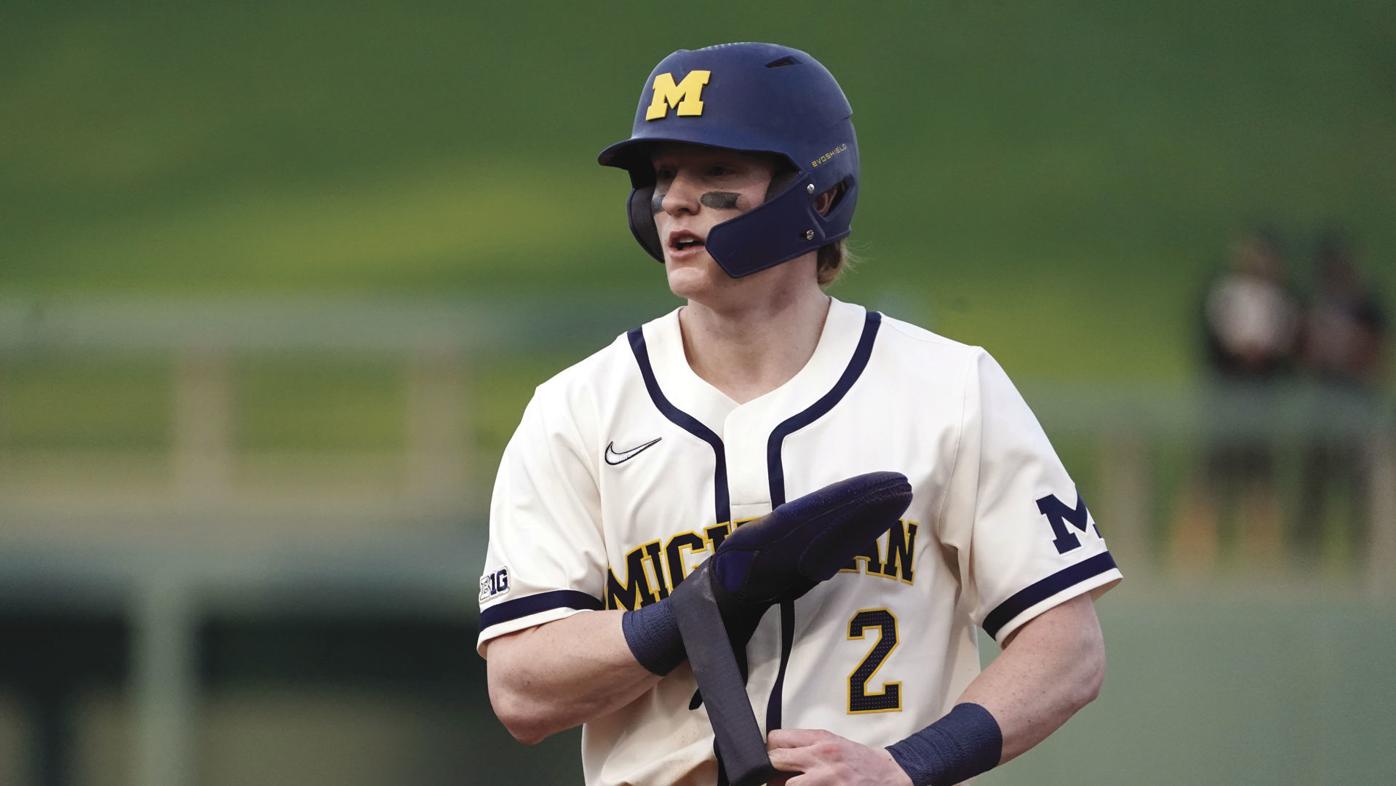 Michigan infielder and Janesville Craig graduate Jack Blomgren wraps a protective glove he used as a baserunner during an NCAA game against Vanderbilt on Feb. 14 in Scottsdale, Arizona. Blomgren’s junior season was cut short due to the coronavirus pandemic, but he hopes to be selected in the five-round MLB draft later this week. 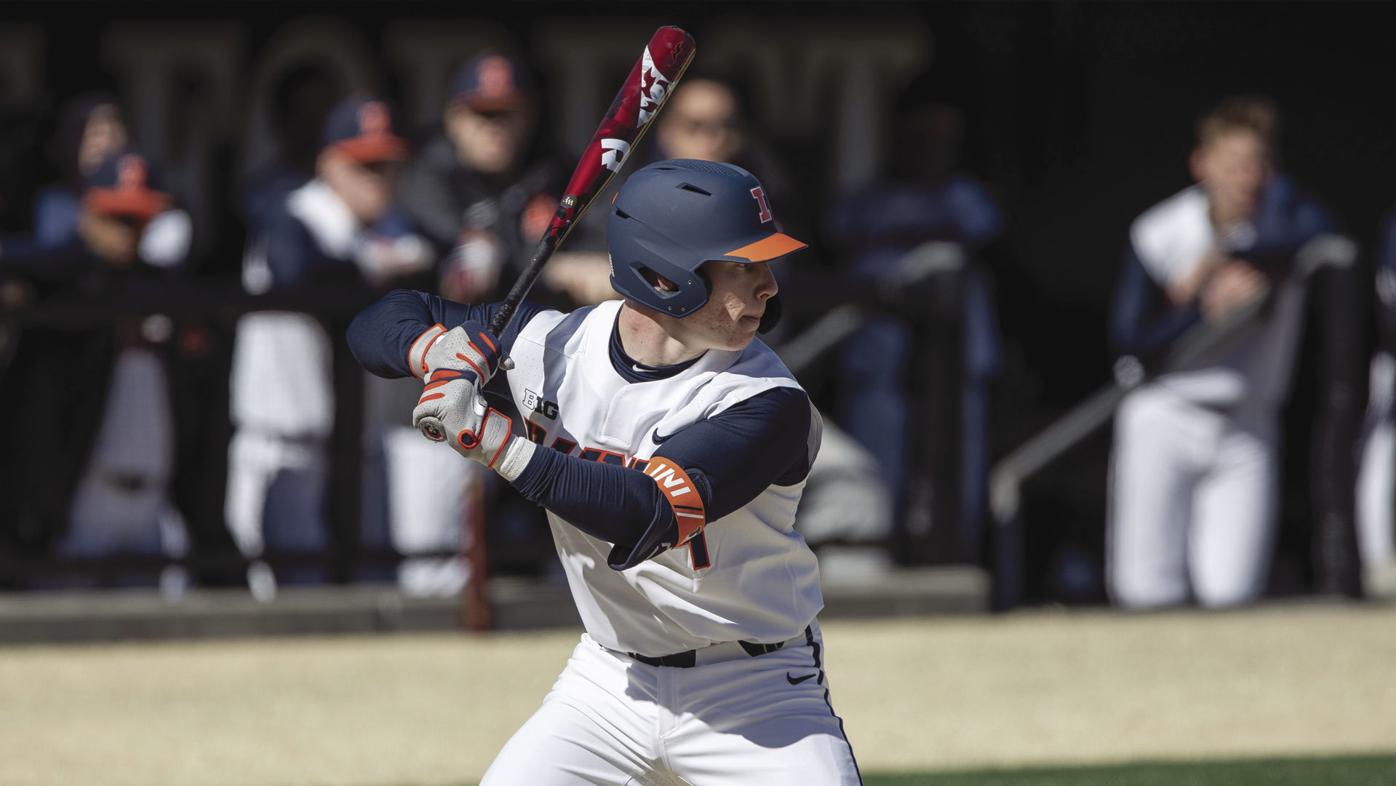 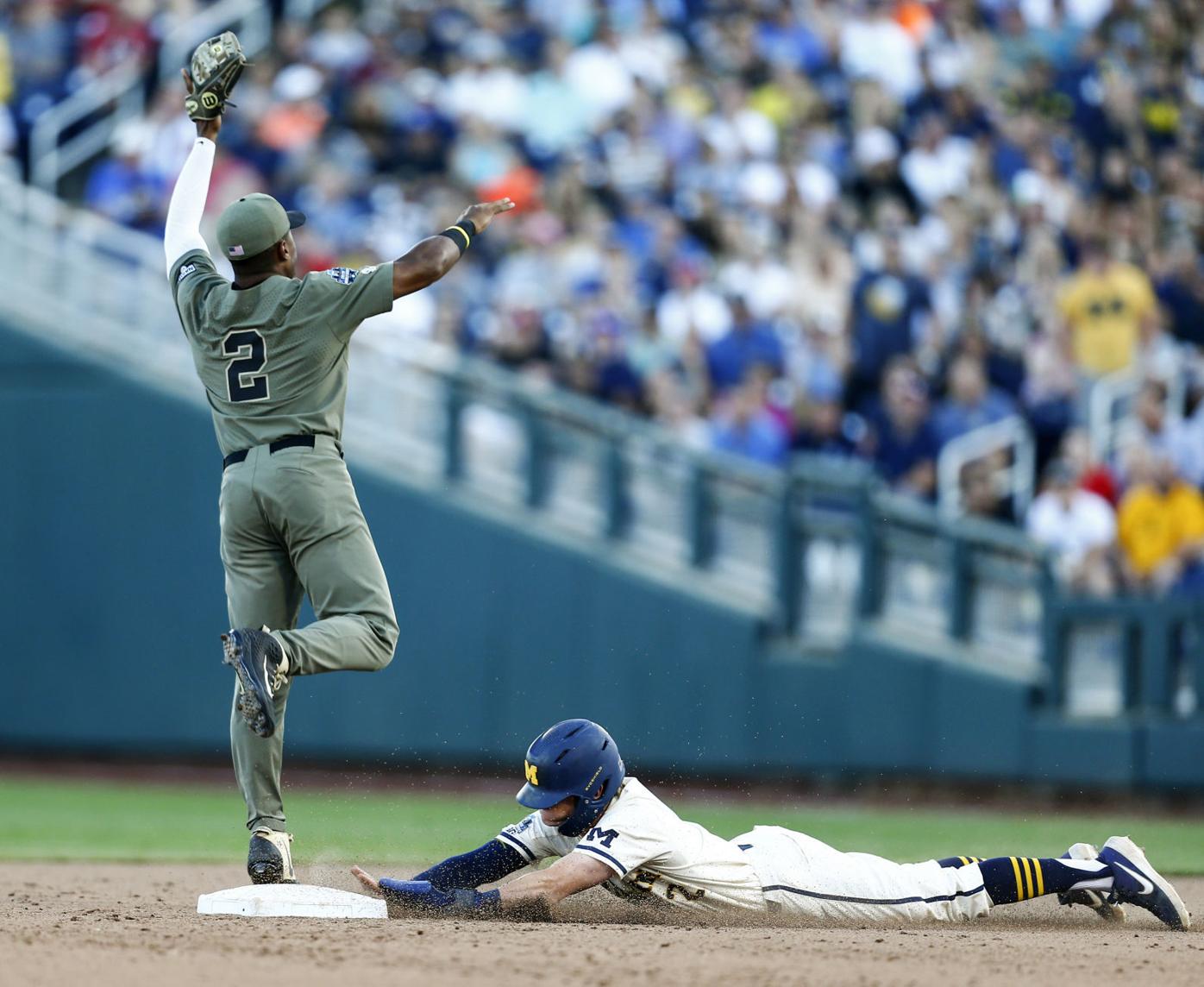 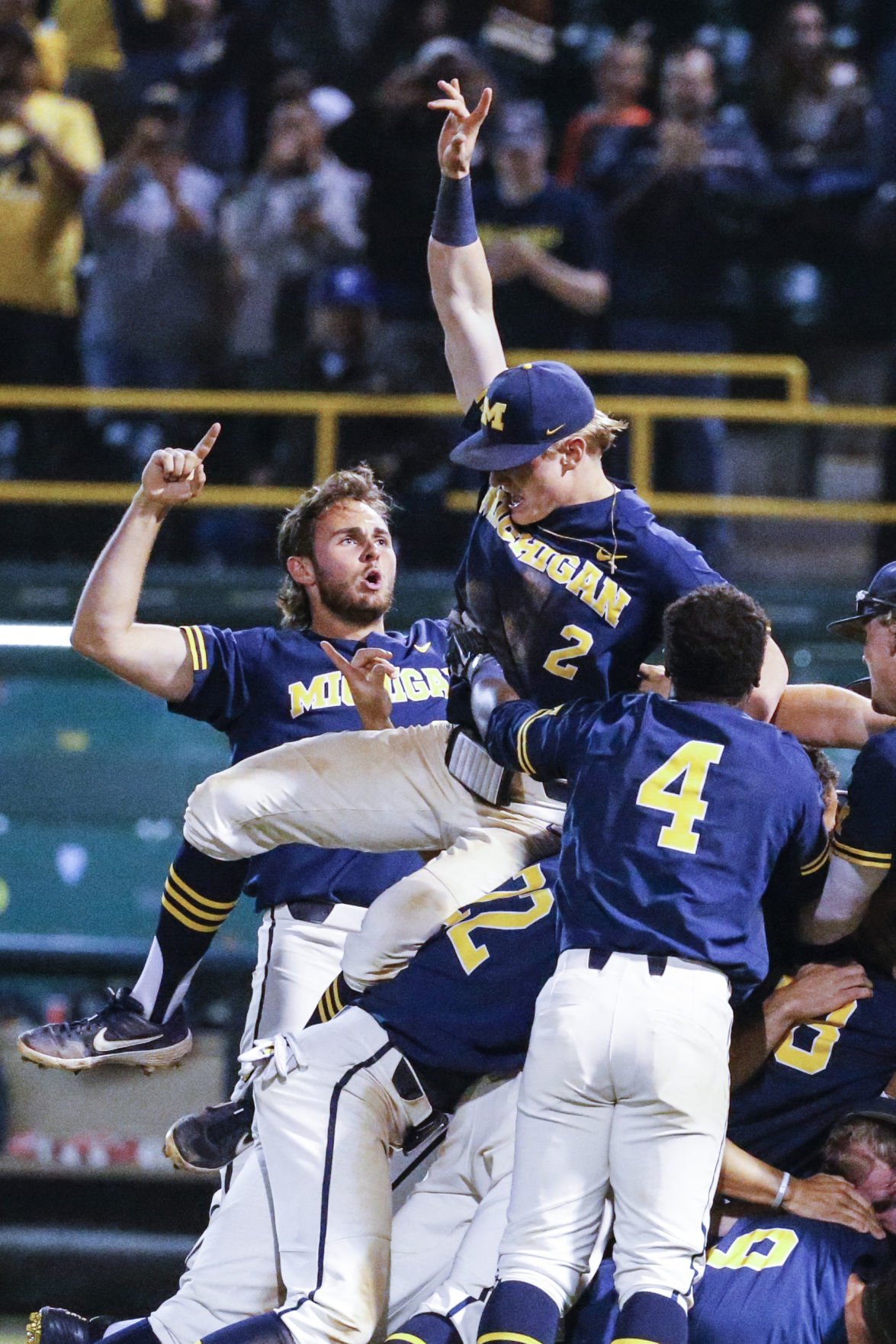 Michigan infielder and Janesville Craig graduate Jack Blomgren wraps a protective glove he used as a baserunner during an NCAA game against Vanderbilt on Feb. 14 in Scottsdale, Arizona. Blomgren’s junior season was cut short due to the coronavirus pandemic, but he hopes to be selected in the five-round MLB draft later this week.

Unfortunately, like all other sports, COVID-19 put an early end to the season. The Big Ten canceled all spring sports March 12.

A three-year starter at shortstop, Blomgren led the Wolverines this season with a .444 on-base percentage and six stolen bases. The 2017 Craig grad was second on the team in batting with a .286 average and 11 runs scored. He had reached base safely in all 15 games this season.

His strong postseason play in 2019 culminated with a selection to the NCAA’s College World Series all-tournament team. Michigan lost to Vanderbilt in the CWS best-of-three championship and had lofty expectations coming back this spring.

“It was obviously unfortunate for everyone, but mostly the seniors,” Blomgren said. “It was honestly sad being around the team and seeing people that sad and upset.”

Campbell, a 2018 Craig grad, was starting to show signs of what made him a 36th-round draft pick of the Chicago Cubs in the 2018 MLB Draft. He hit .333 in the final seven games Illinois played and was named to the all-tournament team at the prestigious Frisco Classic, which featured three teams ranked in the top 25.

A catcher, Campbell is considered the No. 4 MLB Draft prospect in the Big Ten for 2021 by Baseball America. He broke the hamate bone in his left hand in Illinois’ final game this season against Elon University and is scheduled to have surgery as soon as the ban on non-essential surgeries is lifted.

“I guess you could say selfishly, things worked out for me because of the injury and being able to have the surgery without missing any games,” Campbell said. “But I’d rather being back playing and healing up while cheering my teammates on.

“This is an interesting dynamic that none of us certainly ever expected. It certainly puts things in perspective.”

NCAA rules allow athletes to have four seasons of competition in a five-year period. But a recent ruling stated schools will be allowed to apply for waivers to restore one of those seasons for any athlete who competed while eligible in the spring season shortened by COVID-19.

That means Blomgren and Campbell will not lose a year of eligibility.

“Everyone gets another year of eligibility, but you don’t really know how that’s gonna work,” Blomgren said. University of Wisconsin athletic director Barry Alvarez recently said he had told UW’s seniors to move on and they would not be coming back for an extra season.

The situation is especially interesting for Blomgren.

As a junior, he is eligible for the 2020 MLB Draft, and with his draft status skyrocketing, he could be selected in what is expected to be a shortened draft. MLB will likely reduce the draft to between five and 10 rounds. Blomgren is currently listed by some among the top 75 college prospects for all positions.

If Blomgren is not drafted, or is drafted and decides not to sign, he could come back to Michigan with two years of eligibility remaining.

“I was hoping to let my playing do the talking, so it kind of sucks now just having to think about it. Obviously it’s in the back of your mind,” Blomgren said. “I think the opportunity (to get drafted) will be there, and I’m just hoping for it.

“If not, I’ll go back to school and get a degree. That’s not too bad an alternative.”

The NCAA has yet to decide, roster-wise, the number of players Division I teams will be allowed to have.

“I think an expanded roster would be great,” Campbell said. “For those seniors that thought their careers might be over, it would awesome.

“It might be tough for some freshmen that thought they might play right away, but if they’re good enough, they’ll find their way onto the field, anyway.”

For now, players are left to try and stay in shape while home, away from their teams and finishing up a semester of online classes.