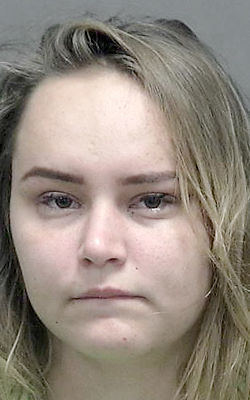 Maybe she did act in self-defense Aug. 22 when she stabbed Robert Thomas Jr. in a parking lot with no witnesses present.

But having a jury come to that decision instead of the district attorney would be a more satisfying form of justice.

A jury trial doesn’t seem likely, however. In an Aug. 24 news release, O’Leary announced he won’t be charging Stone and laid out the self-defense arguments Stone’s attorney could present to a jury.

Thomas’ family is justifiably upset over the decision, though we disagree racism motivated O’Leary. We cannot point to incidents from O’Leary’s past to suggest his prosecutions are racially motivated.

The more likely explanation is that O’Leary fears losing trials. This case admittedly would be no slam dunk.

To be sure, Thomas is not a sympathetic figure, and most of Thomas’ past would be admissible in court. In the news release, O’Leary points to “numerous prior instances of domestic violence by Thomas against Stone,” that Thomas has “facilitated” prostitution by Stone, that witnesses had heard Thomas threaten Stone with beatings and that Stone had told a witness Thomas had earlier raped her.

No doubt the violent history would complicate O’Leary’s job of obtaining a guilty verdict.

But what about the evidence in Thomas’ favor? Given that Stone did not raise a self-defense argument to police and initially told police somebody else stabbed Thomas, it seems presumptuous to conclude the state would for certain lose. In recommending a homicide charge, police clearly saw holes in Stone’s explanation.

Four days before the stabbing, for example, police investigated a report that Stone had threatened Thomas with a knife.

To succeed with a self-defense claim, Stone would have to show she stabbed Thomas because she feared death or great bodily harm. Stone told police Thomas “hit her on the face and would not stop. Therefore, she stabbed him,” court documents read.

Stone’s arrest photo shows no obvious injuries on her face. After admitting to police she had stabbed Thomas, Stone invoked her right to remain silent, preventing police from learning why she might have feared death or great bodily harm.

There’s still a lot we don’t know about the circumstances surrounding Thomas’ death, and it remains an open investigation. But at this point, even if new evidence damaging to Stone were to emerge, any reversal would be awkward for O’Leary.

O’Leary claims “the state would not be able to prove beyond a reasonable doubt that Stone did not act in lawful self-defense.”

The office of district attorney is quasi-judicial, meaning O’Leary was within his authority to judge the facts and to decide against filing charges.

But preferable would be a jury of Stone’s peers making a decision after judging the evidence.