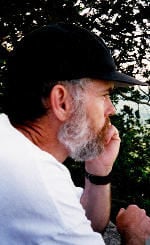 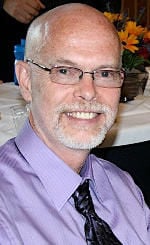 Janesville, WI -- Thomas Charles Ray, age 69, a good man, died peacefully at home on December 7, 2019. Born in Janesville, November 30, 1950; the son of Deaf parents Paul Vincent Sr. and Amy Elizabeth (Healey) Ray, Tom was a lifelong resident of Janesville. Tom rarely got in trouble growing up because he could always translate to his parents what a wonderful job he was doing in school despite what his teachers may have said. Upon graduating Craig High School in 1968, Tom went on to attend UW-Madison. Always one to stand up for his beliefs, Tom proudly and courageously participated in Vietnam War protests on campus and in Washington D.C. before graduating with a degree in Sociology in 1973.

While at high school, Tom met Mary Sullivan, the love of his life. This relationship would prove to be a poor man's fairy tale consisting of free meals from the local churches while at school, a courtship of adventure and romantic outings, a proposal with a cigar band ring, and marriage on January 27, 1973.

After a failed attempt to become a firefighter, Tom started his first real job as a machinist at Fairbanks and Morse in 1973. He later worked for Enzyme Bio-Systems in Beloit until his retirement. For many years, Tom was active in the local 4H community, primarily as head of the bicycle project, a position now held by his daughter, Meghan.

An adventurist at heart, Tom never passed up an opportunity to explore the outdoors. He enjoyed canoe trips to the Boundary Waters and numerous Wisconsin rivers. Tom also loved camping and hiking and was familiar with nearly every state park. He shared his love of the outdoors with his children, who have in turn passed it on to the next generation.

Tom also had a great appreciation for old cars. Proud of every single vehicle, regardless of how long they lasted, Tom spent many hours working on and fixing his cars. From sealing up holes in the floor that allowed his children to watch the pavement go by under their feet, to tearing into the engine of his treasured VW bus, Tom never shied away from a project that needed fixing.

Tom's independent spirit extended to his life-long renovations of his (and later his children's) homes. Able to build a house from the ground up, he was a master carpenter, a good electrician, an adequate HVAC technician, and a reluctant plumber. Tom did everything possible to put family first, including working long hours and building an addition on his house for his parents to move in later in their life.

A great teacher, Tom taught his children everything he knew from building houses, to working on cars, to starting a campfire and roasting marshmallows. Tom taught them to take risks, dream big, and follow their own hearts no matter what direction it takes.

A Mass of Christian Burial will be held at 11 a.m. on Thursday, December 12, 2019 at ST. JOHN VIANNEY CATHOLIC CHURCH. A visitation will be held from 4 p.m. until 6 p.m. on Wednesday, December 11, 2019 at SCHNEIDER FUNERAL HOME. Committal will follow Mass immediately to Mount Olivet Catholic Cemetery. Should friends desire, memorial contributions can be made to the Alzheimer's Association at www.alz.org. Schneider Funeral Home & Crematory is assisting the family. For online condolences and guestbook, please visit: www.schneiderfuneraldirectors.com

The family wishes to thank all the wonderful community members for the smiles and hugs and those little things that brighten your day.  Thank you, also, to Agrace Hospice for their support in helping Tom to spend his final days surrounded by his family and grandchildren, who often sounded like a thundering herd of elephants.