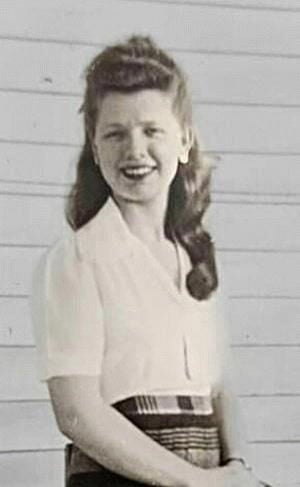 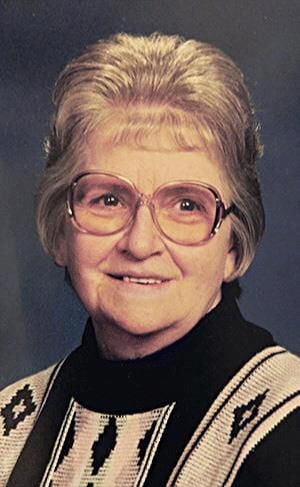 Janesville, WI - Shirley May Hatcher, 91, of Janesville, passed away Sunday morning, March 21st, 2021 at Rock Haven Nursing Home. Shirley was born in the town of Kickapoo, on May 27th, 1929. She was raised on a farm in Readstown, where she learned the values of hard-work. She never learned to ride a bike or swim, but could ride a horse without a saddle! She was a cheerleader, and well-liked in school. She married at 17, then graduated from Readstown High School in '46 with honors. She worked at a cheese factory with her husband while starting her family. After divorcing in '58, she was a single mother of five, supporting her children independently. She met and married her 2nd husband in '60 (keeping his name). They lived on a farm near La Crosse until separation shortly before his death in '67. Shirley moved her children to Janesville in '68, where she began working at the Gazette. During the 70's, she was an active leader of a support group for single parents and their children, "Parents Without Partners". She hosted events regularly, and through affiliations later ran an auction service. Shirley took care of her father in her own home while he suffered Alzheimers. He passed in '84, at which time she converted her home into a licensed CBRF, "River Road Rest Home". She provided live-in, 24/7 care for up to 13 residents at a time for 12 years. She sold it in '96, and spent the next 15 years helping raise grandchildren, caregiving with Senior Services, and volunteering throughout the community. She had a routine of delivering food to families in need, which an article in Oct. '96 recognized her for. She devoted much of her time and money to charities over the years, including Feed the Children, children's hospitals, various ministries, Salvation Army, and Janesville Mooseclub, where she was a member for 35+ years. She also donated blood regularly. Other passions of Shirley's life included playing piano, singing with children, hosting "cookie parties" at family reunions, camping, sewing, long phone calls, and studying the bible. Her Christian faith was very strong. She always spoke her mind shamelessly, and looked for the good in people. She had a loving smile, and gave the best hugs!

Services pending; will be announced. Her family would like to express sincere gratitude to the staff at Rock Haven, and Dycora in Fort Atkinson for the compassionate care they gave Shirley. She will be sorely missed, and fondly remembered.

To plant a tree in memory of Shirley Hatcher as a living tribute, please visit Tribute Store.