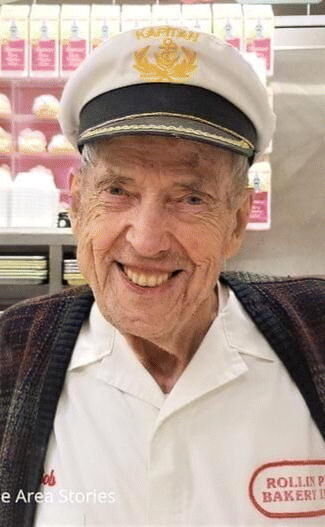 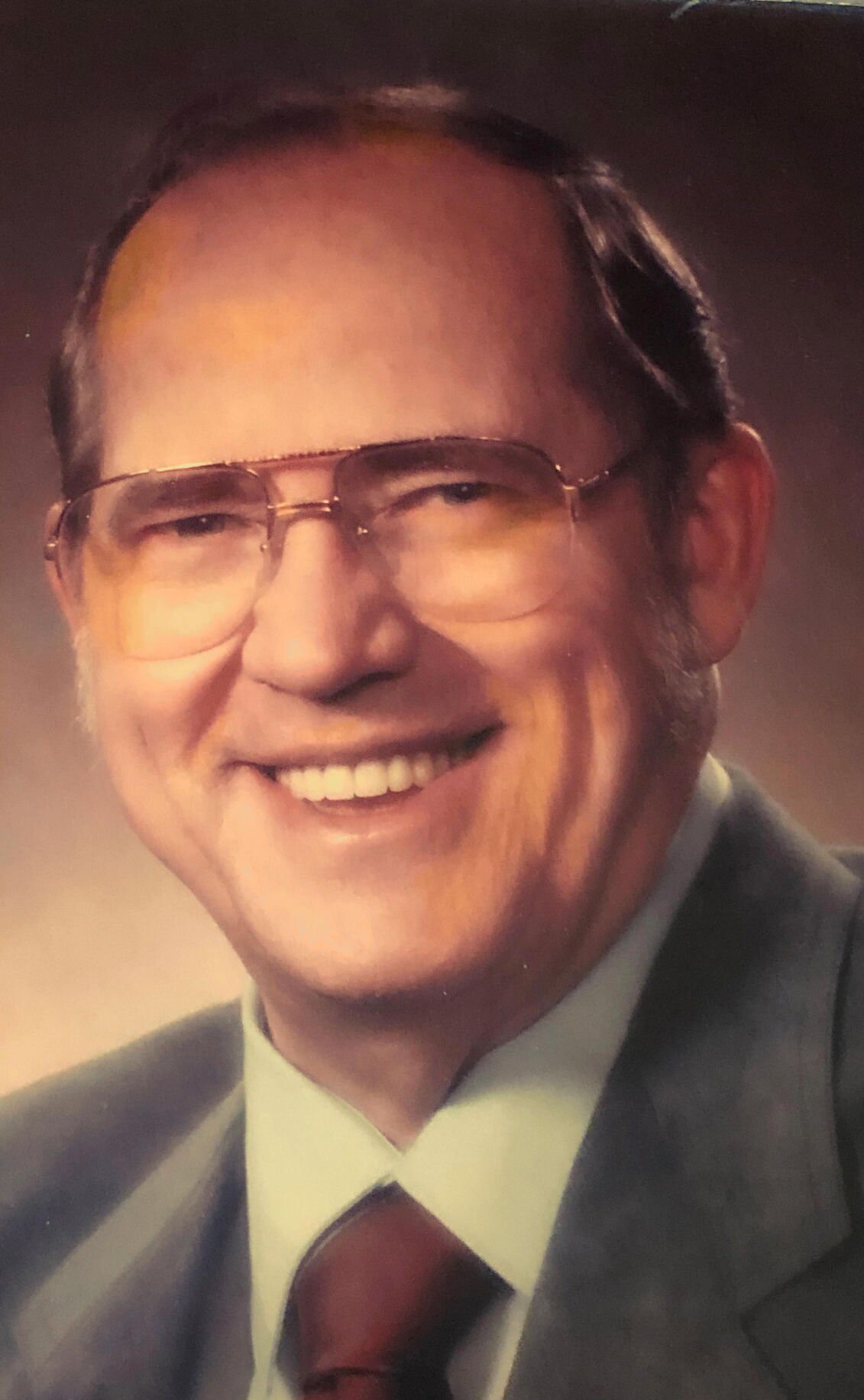 Bob owned and operated Rollin Pin Bakery for 74 years. His love of baking started in 1944, when he was 14 years old and washed pans at Cunningham's Bakery on Milwaukee Street in downtown Janesville. After saving some money, he bought a brand-new car for $795. His parents told him he couldn't keep the car so he ran an ad in the Janesville Gazette and sold the car for $1,300.

Bob used that money to buy his first bakery. He rode his bicycle from Ruger Avenue in Janesville to Milton Junction and purchased a bakery for $900 which included a 1937 delivery van. The bakery had a coal-fired oven and soon he was making donuts that sold for five cents apiece or 35 cents a dozen.

A few years later, he joined the Army and served three years in Korea as a baker. When he returned from Korea, he opened up a bakery at "the wedge" on Washington Street. He later moved to Delavan Drive and eventually moved to the Arch Street location in 1961.

Bob retired in 2000, but didn't stay retired for long. He rented space on Highway 14 and started baking his famous cream puffs, eclairs, and cut-out cookies. He would have two-day sales for specific holidays. People would travel miles and stand outside waiting in line. In the summer, Bob would take his Cream Puff wagon to fairs and especially enjoyed the Sandwich, Illinois fair every September.

Bob was well known in the community for his generous donations of baked goods to Parker Playhouse, Special Olympics, and Rotary Gardens to name a few. Bob was also well known for his famous cream puffs and chocolate eclairs and for his one cent chocolate chip cookie sales. He was a fixture at the Rock County 4-H Fair for over 50 years. You could see his red and white Rollin Pin Bakery trailer dubbed the Cream Puff Wagon often parked at Choice Cleaners where he would donate portions of his sales to various charities.

Bob was recognized worldwide as an authority in the baking industry. He was inducted into the Wisconsin Bakers Association (WBA) Hall of Fame in 2000. As WBA noted at the time, "Bob has traveled the United States and Australia presenting workshops and served on and led countless committees related to the baking industry. While he developed into a sharp businessman, he had an infectious enthusiasm, high energy level and a very playful side".

Bob had a love of flying as a teenager. He would spend hours flying his plane and flying cross country to attent RBA conventions.

Bob was preparing for his 2020 Easter sale when COVID closed many businesses in March of 2020. With the help of his family, Bob delivered boxes of cookies to all the Janesville Fire Stations. Bob had a special connection with the Janesville Fire Department and would donate baked goods every holiday.

Bob married Patricia McDonald on June 4, 1951. Together they had three children, Kathleen, Sheila and Robert. They later divorced. He married Sandra K. Keeter on May 3, 1970.

A Funeral Service will be held at 3:00 p.m. on Sunday, April 11, 2021, at APFEL WOLFE FUNERAL HOME, 21 S. Austin Rd, Janesville. Visitation will take place on Sunday from Noon until the time of service at the funeral home. A Private burial for immediate family and friends will be at Milton Lawns Memorial Park on Monday, April 12, 2021.

To plant a tree in memory of Robert Hiller as a living tribute, please visit Tribute Store.