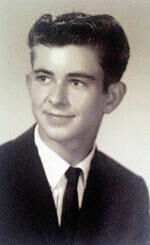 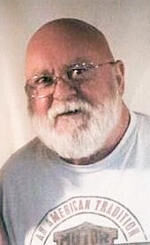 Conroe, TX -- Michael Haven Meton, 73, loving husband, father and grandfather, passed away peacefully on September 7, 2020 in Conroe, TX. He was the son of the late Norma (Peck) and Leonard Meton. Michael was born December 24, 1946 in Janesville, WI. Shortly after graduating with the Janesville High School Class of 1965, he joined the United States Navy. He served honorably from 1965 to 1971, including in Vietnam from 1967 to 1971 on board the U.S.S. Enterprise (CVN-65) attached to fighter squadron 92 as a jet engine mechanic. After serving, he had a career as a machinist working for ELCO Industries in Rockford, IL, and retiring with Abbott Laboratories in North Chicago, IL.

Michael lived a full life with his wife. They spent many years traveling America on his Harley-Davidson. There was always a charity ride or poker run Mike and Joyce would find to make friends, memories and give back when given the opportunity. Michael was a member of Lake County Hog Chapter of Illinois and Cut N Shoot Chapter of Texas. He also loved to give the grandkids rides on his Harley. Any excuse to ride he would take, leaving his grandkids with big smiles at the end of the journey.

Michael is survived by his wife of 46 years, Joyce Ann Blocker Meton of Montgomery, TX; his son, Nick Douglee (Tanya) Meton of West Des Moines, IA; his daughter, Nawatha Michelle (Brian) Harrington of Humble, TX. Michael was an awesome grandpa to three grandsons: Kayde, Ridik and Haven; and to the sparkle of his eye, his granddaughter, Hazel. Michael is also survived by his four brothers and their families: Claire Meton of Rocklin, CA, Dana Meton of Janesville, WI, Joel (Susan) Meton of Machesney Park, IL, and Norlen Meton of Milton, WI. Michael made his brothers-in-law feel like his own brothers; and he is also survived by Bill, Wayne and Garry Blocker and their families.

"There is nothing but a road ahead."

A graveside service with Military Honors and the Illinois Patriot Guard Riders is planned for 11 a.m. on Wednesday, September 16, 2020, at the Sunset Funeral Home and Memorial Gardens, 8800 N. Alpine Road, Machesney Park, IL. In lieu of flowers, please make donations to the Illinois Patriot Guard, http://www.ilpatriotguard.com/. Help keep their services going to pay tribute to veterans and their families.