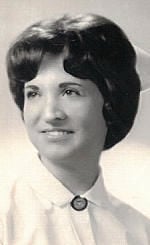 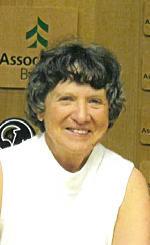 Elkhorn, WI -- JoLaine Sass, age 76, completed her early journey on June 19, 2020 at home, after a long battle with Alzheimer's, and, in recent years, combined with cancer. She was welcomed into this world on June 7, 1944 in Champaign, IL, by her father and mother, Fred and Eleanor (Frerichs) Lubben. She often referenced her birthday to D-Day (June 6, 1944). She grew up on the family farm in Ludlow, IL and graduated from high school in Paxton, IL and West Suburban College of Nursing in Oak Park, IL as an RN, and earned a BSN at Concordia University Wisconsin. She was employed at West Suburban Hospital in Oak Park for three years, until her marriage and moving to Wisconsin, where she then became the school nurse at Northwestern Military Academy in Lake Geneva. When the academy closed, she utilized her skills as a nurse at Lakeland Hospital in Elkhorn in the ICU (intensive care unit). She followed that up by becoming an office nurse for doctors in Lake Geneva, and later a private office nurse for one of those doctors in Elkhorn. Then, another school nursing opportunity became available to her, and she accepted the job with the Walworth County Handicapped Children's Education Board as school nurse for the Lakeland School in Elkhorn for many years until her retirement. On June 15, 1968, she was united in marriage to Wilbert Sass at her hometown church, American Lutheran Church in Rantoul, IL The newlyweds enjoyed an NEA (National Education Association) tour honeymoon of eight countries in Europe. Traveling was enjoyed by the couple as they returned to Germany two more times, and visited all 50 states except Alaska, with Florida and Washington being at the top of the list. Jo's favorite trip was to Mt. Rainier in Washington. During their travels, they frequently were able to take advantage of military lodging with Wilbert being an Army retiree. She was an active member of Our Redeemer Lutheran Church with School in Delavan, serving as recording secretary for Voter's Assembly Meetings for a period of time.

Jo's life as a nurse was very descriptive of the profession. Providing tender loving care to others: not only while on the job, but in everyday life to all she came in contact with. In addition to her hospital and school nurse professional jobs, she found time to go on a Medical Mission to Honduras; three different summer trips to Canada as a team member with Lutheran Indian Ministries; and a second medical mission to Central America, this time to Haiti. She will be dearly missed by all, especially the person closest to her, her husband of 52 years, Wilbert.

Services for JoLaine will be held June 29, 2020 at 11 a.m. at Our Redeemer Lutheran with School in Delavan, WI with The Reverend Robert P. Rickman officiating. Visitation will take place from 10 a.m. to 10:45 a.m. Special procedures may apply to accommodate COVID-19 restrictions and guidelines. A Christian graveside committal service will follow at 4 p.m. at American Lutheran Church/Eden Park Cemetery in Rantoul, IL, with The Reverend Matt Bahnfleth officiating. A celebration of life for JoLaine may be held at the one year anniversary. In lieu of flowers, memorials, if desired, may be made to Our Redeemer Lutheran Church with School (scholarship fund) in Delavan, WI, or charity of your choice.

Max A Sass & Sons Funeral and Cremation Services is assisting the family. http://www.maxsass.com

Special thanks to the Hospice Care Team of Aurora at Home for the tender loving care they provided for Jo during her greatest time of need.