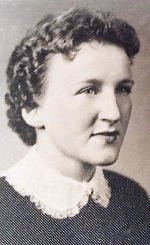 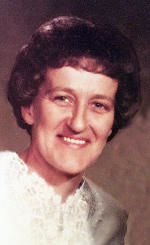 Janesville, WI -- Geneva Joyce "Shrimp" Trappe (Winchell) age 78, died Thursday, June 18, 2020, after battling a long illness beginning with Cancer. She was born on the family farm near Valley, WI on March 16, 1942, the daughter of Merlin "Chick" and Hazel Winchell. She attended the two room school house in Valley through the 8th grade then graduated from Hillsboro High School with the class of 1959. In March 1960, she was united in marriage to Richard Trappe at the Valley Church. He preceded her in death in January 2002. Although a farm girl at heart, Richard moved Geneva and their children to the "big city" of Janesville in 1964, to work at General Motors. They maintained their residence there, while still spending many weekends up north at the farm. Geneva worked many years at SSI Technologies retiring in 2002. She was a hard worker from a very young age, helping her dad milk cows and cultivating on the tractor while barely able to reach the pedals. The way Geneva could back a loaded hay wagon into the haymow would put any man to shame.

Geneva was a devoted wife, a wonderful mother, and an adoring grandmother, who couldn't say no. She kept an immaculate home. She was an exceptional cook...she loved making family dinners (more like feasts) on Sundays, Birthdays, and Holidays. I have yet to find someone who can make mashed potatoes & gravy with meat drippings better than mom. She loved to bake as well, and was well known for her pumpkin bars, butter-horn rolls, and melt in your mouth graham cracker pie with the perfect meringue topping. Geneva loved going to garage sales...spoiling her grandchildren relentlessly!

Geneva was a very determined woman. She didn't lose her battle with Cancer because she never stopped fighting. In fact, she knocked it out of the park! No matter how sick or weak she became she would just say, "I'm alright." When the doctor asked if she had any questions, it was always, '"When can I mow my lawn?"

Honoring Geneva's wishes and also due to social restrictions private graveside services will be held for immediate family at Oak Hill Cemetery. Schneider Funeral Home and Crematory is assisting the family. For online condolences and guestbook, please visit: www.schneiderfuneraldirectors.com

The family would like to extend their heartfelt gratitude to the dedicated staff at Rock Haven for the loving care given to mom. Special thanks to the CNA's for their compassion, kindness, and hard work! Mom shared a special bond with Julie, who took care of her from day one. We knew she was in good hands!

Mom, you will always be loved and never forgotten!

To plant a tree in memory of Geneva Trappe as a living tribute, please visit Tribute Store.