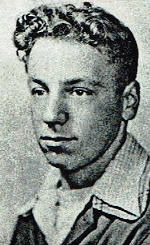 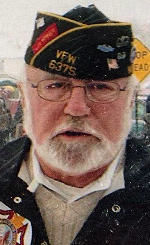 Delavan, WI -- Claron "Sid" J. Peck, 89, of Delavan, WI, died Sunday, December 8, 2019 at his home in the company of his family. He was born February 27, 1930 in Vernon County, WI, the son to the late Sidney and Lois (Geddes) Peck. Sid graduated from Readstown High School, Class of 1948. He served in the United States Army from 1948 to 1951, and was a Korean War veteran. Sid married Jeanette R. Cooper on November 3, 1951 in Delavan, WI. Jeanette preceded him in death on July 4, 2002. He worked for J & J Sanitary, retiring in 2000. Sid was a life member of VFW Post 6375. He enjoyed spending time doing yard work, gardening and tending to his flowers. He participated in bowling for many years. Sid enjoyed the annual rite of Wisconsin deer hunting, and, in younger days, enjoyed fishing with his father-in-law. He always welcomed family gatherings, and was known to be quite light on his feet on the dance floor. He also enjoyed his beer time with his cronies.

Funeral service will be 10:30 a.m. on Friday, December 13, 2019 at Haase-Lockwood & Associates Funeral Homes and Crematory, 730 N. Wisconsin St. Elkhorn, with Pastor Donald Peck officiating. Visitation will be 5 p.m. to 7 p.m. on Thursday, December 12, 2019 at the funeral home and 9:30 a.m. until service time Friday at the funeral home. Interment will follow services at Roselawn Memory Gardens in Town of Delavan, WI. In lieu of flowers, memorial may be directed to Aurora at Home Hospice, 116 N. Dodge St. Burlington, WI 53105. Online guest book at www.haaselockwoodfhs.com. Haase-Lockwood & Associates Funeral Homes and Crematory completed arrangements for the Peck Family.

To plant a tree in memory of Claron Peck as a living tribute, please visit Tribute Store.