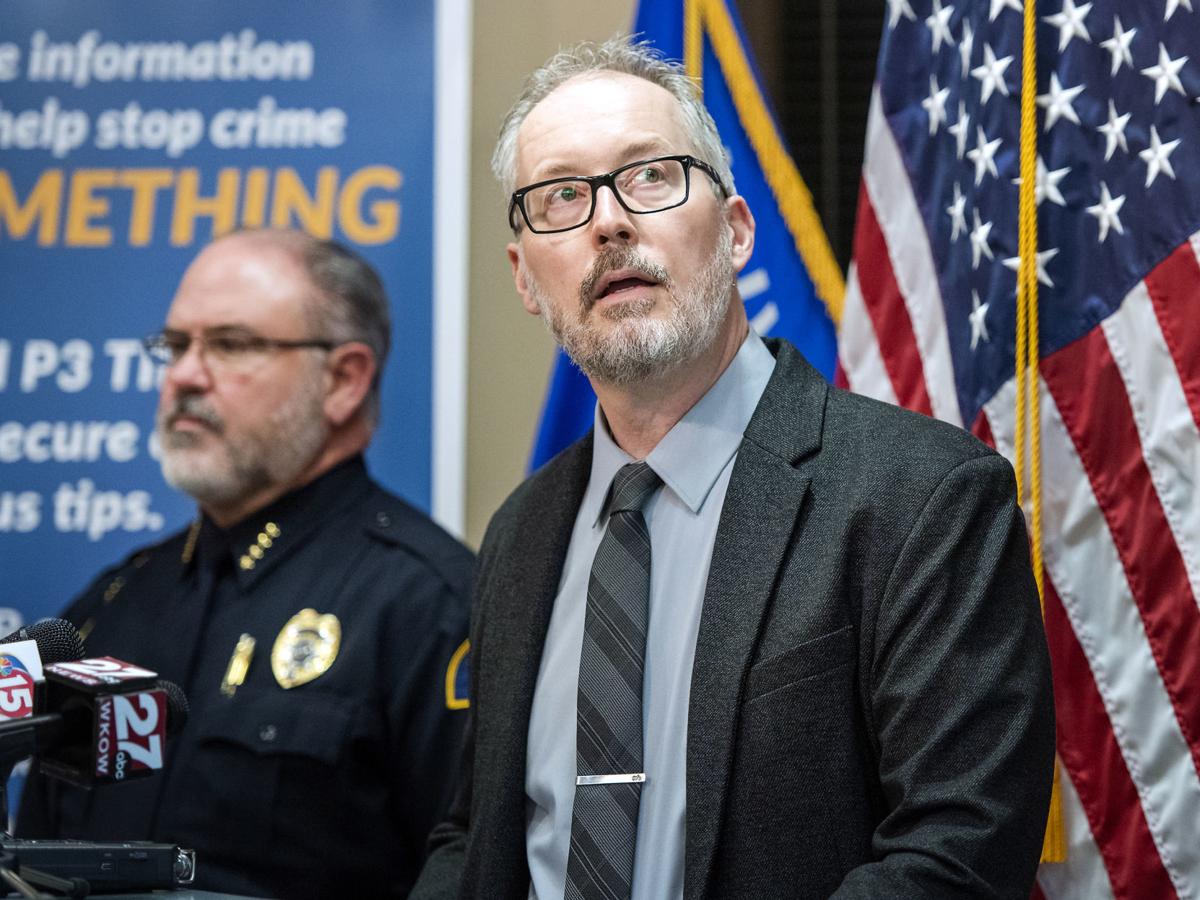 In a press conference Saturday evening, Janesville Police Lt. Charles Aagaard said Randle El, 33, of Homewood, Illinois, turned himself in Saturday afternoon to police at the Second District of the Chicago Police Department.

Aagaard said Randle El is the only suspect at this point in the Feb. 10 shooting homicides that killed Seairaha J. Winchester, 30, Janesville, and former Janesville resident Brittany N. McAdory, 28.

He said Randle El has not confessed to the killings, but he turned himself in to police about 3 p.m. Saturday.

Aagaard indicated that because Randle El was arrested in Illinois for a crime committed in Wisconsin, he would face a legal extradition process.

Janesville police were in Chicago when Randle El turned himself in, Aagaard said. Investigators believe Randle El took an SUV the women had been in early Feb. 10 before they were shot and killed.

Investigators believe Randle El stole the SUV after the shootings and later abandoned it along Interstate 294 near Justice, Illinois, in suburban Chicago.

Police say the two women were found shot several times. They were initially discovered by a resident driving past.

On Wednesday, police said they had an unidentified suspect in mind in the killing of Winchester and McAdory but until Saturday had not identified who it was.

Aagaard said police haven’t yet recovered a gun used in the killings.

Randle El is a former wide receiver for the UW Badgers football team from 2004 to 2007. He is the brother of retired NFL player Antwaan Randle El, who played for the Pittsburgh Steelers.

In 2014, Marcus Randle El faced criminal charges in what police called an abduction of his daughter.

In that incident, police said Randle El showed up at the Cook County, Illinois, home of his former girlfriend and mother of his then-3-year-old daughter with a pistol.

Police believe Randle El took his daughter and then drove off in an SUV with her. The girl was later returned home safely.

Randle El later was arrested and charged with felony home invasion and child abduction in the incident.

As police were investigating the Janesville killings earlier in the week, friends of Winchester and McAdory wrote in social media posts that they thought Randle El was involved in the women’s deaths. Some of those posts have since been removed.

The Saturday press conference comes after nearly a week of grieving by friends and family members as police continued to pursue an arrest in the killings. Earlier this week, friends and family of the two slain women held a vigil and used dozens of balloons, candles and other items to create a tribute at the spot where the two women were found by police.

Police found McAdory and Winchester shot behind the TA Express Travel Center at 3222 Humes Road, Janesville, at about 2 a.m. Monday after the two women were seen entering the travel center and then leaving.

Earlier this week, police said they were still trying to piece together where McAdory and Winchester had been late Sunday and early Monday before they had come to the truck stop.

In a brief statement during the press conference, police Chief David Moore said he hoped Randle El’s arrest could bring some comfort to the grieving families.

Randle-El agrees to be extradited in Janesville double homicide

An Illinois man suspected of killing two women in Janesville on Feb. 10 appeared in Cook County Court in Chicago on Tuesday.