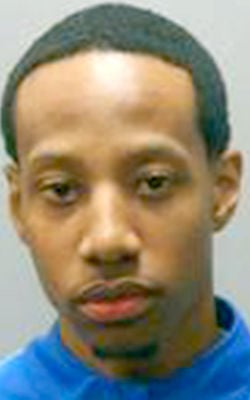 Authorities arrested a Chicago man who officers said shot at a snowplow driver on Janesville’s northeast side early Monday.

Police accuse Va Clan Na’eem Thomas, 25, of firing a handgun at a snowplow driver while the driver was clearing a lot at the Golden Corral restaurant, 3111 Wellington Court, at about 4:18 a.m. Monday, according to a news release from the Janesville Police Department.

Police said officers located Thomas near where the shooting occurred.

Thomas initially was armed and ran to a nearby vehicle that was reported stolen out of Chicago, police said.

Thomas surrendered to police and exited the vehicle unarmed. Police recovered a handgun inside the vehicle, according to the release.

Thomas faces one count of attempted homicide and one count of operating a vehicle without the owner’s consent, police said.

It’s not clear what led to the shooting. Police said the snowplow truck was hit on the driver’s side door with one bullet from a .22-caliber handgun. The plow driver was not injured.

Janesville police Lt. Chad Pearson said police are still investigating the incident to determine the “context” of the shooting.

Pearson said he couldn’t give more details, but he said Thomas and the plow driver did not appear to know each other and police consider the shooting an isolated incident.

He said Thomas has been cooperative with police, and there is no danger to the community.

Police are asking anyone with information to call the Janesville Police Department at 608-755-3100 or the Rock County Communications Center at 608-755-2244. People also can submit a tip to Janesville Area CrimeStoppers at 608-756-3636 or through their smartphones using the P3 app.

The Chicago man charged with attempted homicide in connection to shots fired at a snowplow driver reportedly told police he was worried, “They were going to crush my car.”