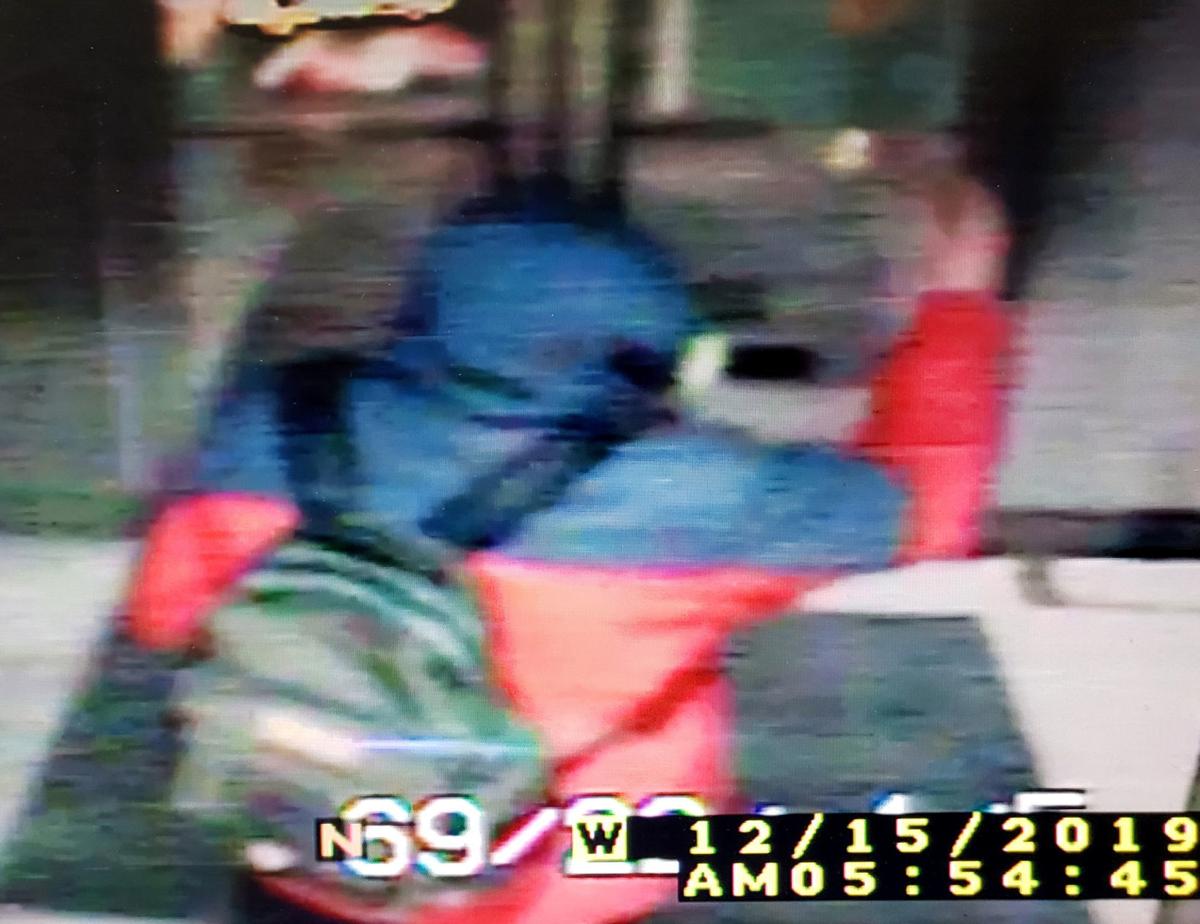 Janesville police are looking for a vandal who wrote graffiti on the front door of The Gazette’s downtown offices. 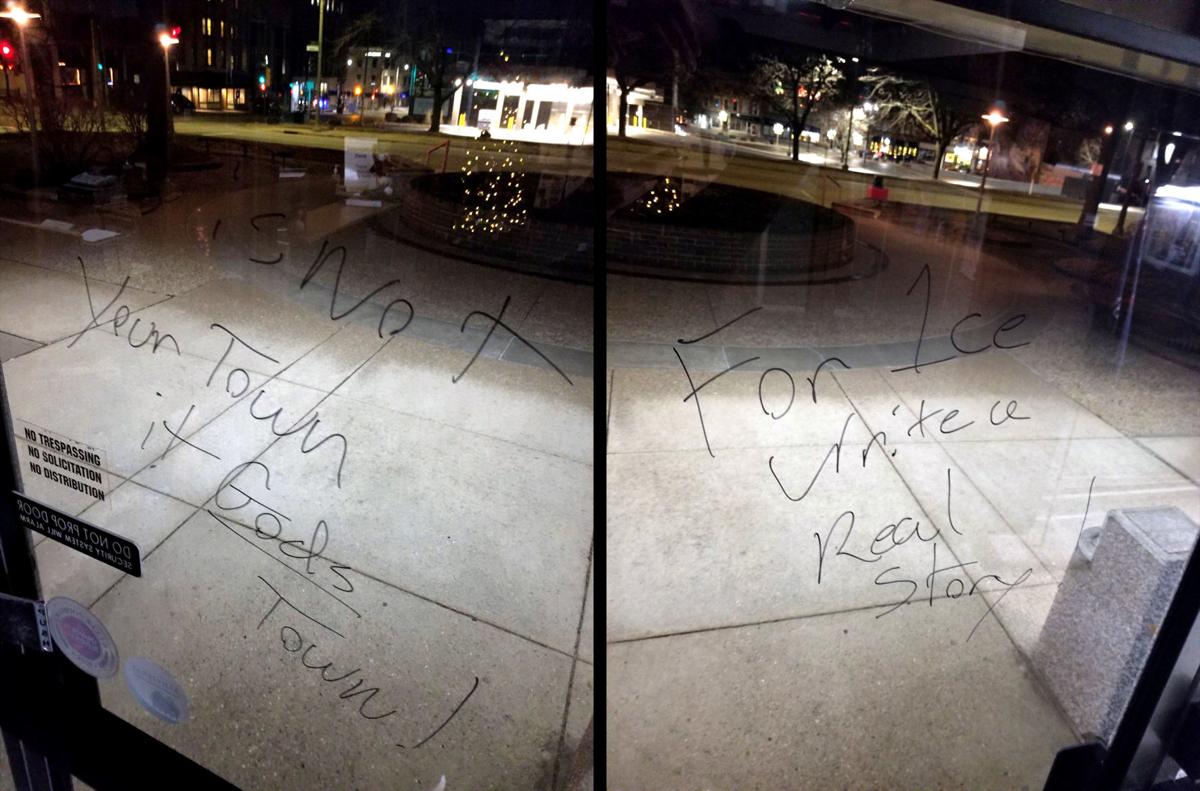 The graffiti on the front door of The Gazette’s downtown offices on Dec. 15, 2019. The photo was taken from inside the building and has been flipped for readability.

Janesville police are looking for a vandal who wrote graffiti on the front door of The Gazette’s downtown offices.

Police learned of the vandalism at 1 S. Parker Drive on Dec. 15. A similar incident was reported at Consigny Law Firm, 303 E. Court St., on Dec. 16, according to a police news release.

The Gazette’s surveillance cameras picked up an image of a person wearing a blue and red or orange hooded jacket or coat and carrying a blue or green backpack.

Gazette, WCLO radio and Channel 3 staff members saw a message on the glass front doors, written in what appeared to be marker, the night of and morning after the incident.

“For 1ce write a Real Story!” and “This is Not Your Town it Gods Town!”