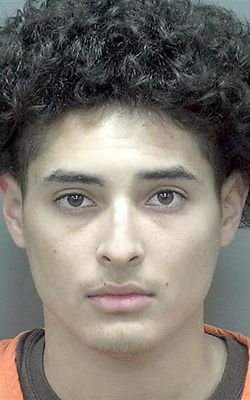 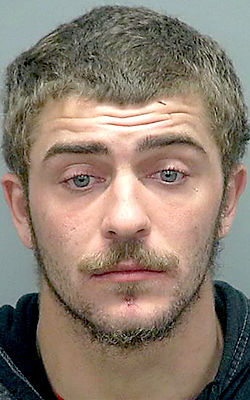 The Janesville Police Department arrested Evan J. Forrestal, 20, for trafficking marijuana while armed with a gun, and arrested Kobe N. Ayres, 20, and Dalton J. Petitt, 21, for possession of drugs at 9 p.m. Wednesday at 445 N. Parker Drive, according to a news release.

The arrest came after police used a search warrant to search 445 N. Parker Drive after officers stopped a vehicle at the residence because it had tinted windows. Police said the vehicle smelled like marijuana, and a search inside it yielded 14 grams of marijuana, cash, drug equipment and a 9 mm handgun.

Police then searched the Parker Drive residence and said they found “more than two pounds” of marijuana inside, plus marijuana edibles and drug equipment, according to the release.

Police conducted the stop and obtained a warrant for the residence after they observed Forrestal come out of 445 N. Parker Dr. and get in the car.

It’s not clear if all three men live at the residence, and police haven’t said whether the arrest came as part of any ongoing investigation, but the department’s patrol unit and street crimes unit teamed up on the search and arrests, police said.

According to the release, police used a Taser on Petitt outside 445 N. Parker Drive because he refused to cooperate and resisted officers. Petitt had an outstanding warrant, police said, and he now faces a handful of new misdemeanor counts tied to the Wednesday incident, including resisting arrest and possession of a “small amount” of synthetic marijuana, police said.