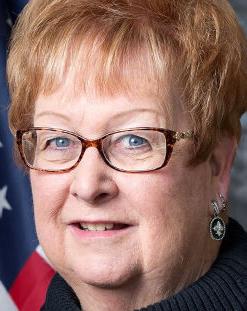 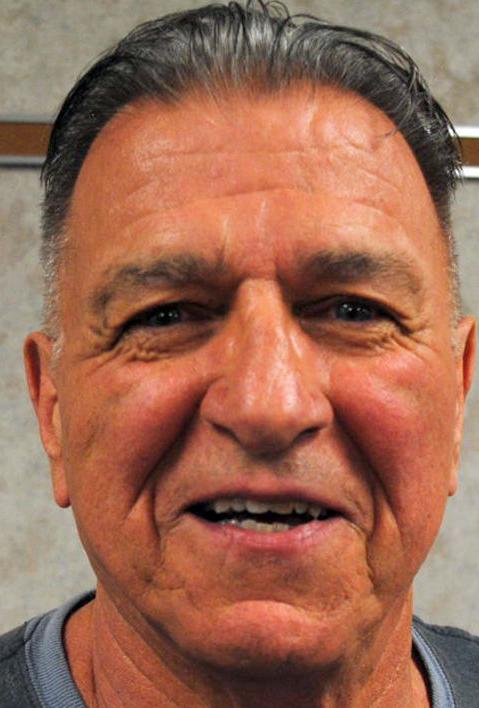 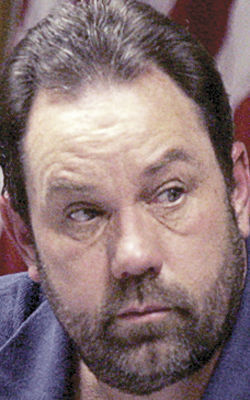 Four candidates are running for two spots on the Beloit Town Board, and one of them also is running for the town chair seat.

Incumbent Jim Stevens and challengers Diane Greenlee, James Packard Jr. and John Pelock all are running for two board seats in the April 6 election. Greenlee also is running unopposed for the town chair seat.

Stevens began serving on the town board in April 2010. He was off the board for about two years before being elected to the board again in 2019.

Greenlee, 73, previously served on the board from 2012 to 2018 as a supervisor and later as chairwoman.

She is a 1965 graduate of Beloit Catholic High School. She went to school for nursing before beginning her career at the Beloit Daily News. She later worked at a radio station and was a media sales manager with CSI. She retired in 2012.

Packard has been involved with The Stateline Boys & Girls Club, United Way, the Stateline Family YMCA, and Krueger-Haskell Golf Course and was a founding member of the Stateline Leadership Academy.

Packard worked at Regal Beloit for more than 35 years before he retired.

Pelock, 73, has undergraduate degrees in English, political science and history. He also earned a master’s degree in government with an emphasis on constitutional law.

Pelock taught at Beloit Turner High School for 37 years between 1972 and 2008. He currently serves on the Beloit Turner School Board.

The Beloit Daily News was able to interview three of the four candidates prior to the election.

Q: How as a board supervisor would you help facilitate continued residential and business growth in the township?

Greenlee: Greenlee said housing sales remain strong, the Turner School District is desirable, and business growth is healthy. She said several options could be on the table to attract further development, including potentially creating an uptown business district.

“Right now, we are in an unprecedented era of residential growth, which is great. We are very, very proud of that progress that we have made in the last few years,” Greenlee said. “We are happy to work with area developers to increase business in the area.”

Packard: He aims to familiarize himself with community stakeholders by “putting an ear to the ground, just trying to understand where we are, how we got here and see what our opportunities are for growth.”

Packard said development is necessary to continue to grow the community and its tax base. He wants to be a good steward of tax dollars. “I take that very, very seriously.”

Pelock: He said he is in favor of growth, but the township should be selective about which businesses are allowed in. “You want it to be done in the right way. Development certainly must be encouraged.”

Q: Do you believe it is important for the town to continue to find new ways of cooperating with neighboring municipalities?

Greenlee: She said the sharing of a fire chief and various resources between the city and town makes sense. She added that having continued representation on the Greater Beloit Economic Development Corporation is important.

“We’re always willing to work with our neighbors. Fire service generally throughout the country is facing staffing issues with volunteers and firefighters. I think this was a logical move,” Greenlee said.

Packard: “I think it’s very important to maintain good relationships with neighboring communities. We should keep a good, open, honest dialogue about these things. We have to be smart about that and work cooperatively.”

He added that not every instance calls for a full scale partnership, however, and the town should keep taxes down and be open to citizen input.

Pelock said the fire department partnership is “a great idea” and municipal boundaries should not cause division or stunt progress. He said a possible sunset clause to reexamine the agreement down the road could be a good idea.

Q: How do you plan to work together with the new town administrator?

Greenlee: Greenlee said she served on an interview panel that helped select Tim Wellnitz for the role. She plans to communicate with him often.

“I was very impressed with Tim. I think he’ll be a very good fit for our community. I look forward to working with him.”

Packard: He plans to work extensively with Wellnitz. Packard aims to understand the administrator’s goals and assist as needed while offering his guidance.

“I want to help him do a good job and make the best of it,” Pelock said.

Q: What are your expectations of Town Administrator Tim Wellnitz?

Greenlee: She encourages Wellnitz to continue to be available to meet with residents and push for continued business development and infrastructure or road repair projects.

Packard: He expects the administrator to strategize with other officials and have long-range plans. Packard wants to see public officials be accessible to residents.

“Anyone in a leadership position can be successful if they do those things the right way. We’re here to serve the public.”

Pelock: He said the town administrator should be transparent with board members and the public while also efficiently leading the staff and bringing information to the town board regularly.

Q: Once a new board chair is elected, how do you plan to work together with that person?

Greenlee: Because Greenlee is running unopposed, she is likely to be elected to her former post. In the event that Greenlee wins the number of votes to be elected as both chair and supervisor, when asked if she would appoint the next candidate behind her with the highest number of votes, Greenlee responded, “That would be the most logical to me. One way or another, we will get two people.”

Greenlee’s recommendation to voters is to elect two other candidates for a supervisor seat to streamline the process. Wisconsin State statues require Greenlee to run for both roles at the same time.

Packard: He plans to work closely with the board chairperson to understand vision and offer his guidance. He wants to set up a first 90 days plans and work respectfully with all board members.

Pelock: He said he looks forward to working with the board chairperson and anticipates a positive working relationship amongst the board. “I expect her to keep us informed, no surprises.”

Q: What goals do you have for the township as a whole in the next two years?

Greenlee: She would like to see the town board continue to update town ordinances as needed and address ongoing capital projects and infrastructure improvements.

Packard: He wants to avoid raising taxes if possible. He also wants to further discuss the idea of a new town hall and whether it is feasible and fiscally responsible.

Pelock: He wants to see the town set long-range plans on the maintenance of roads and facilities. He said he does not want to see another town hall building fall apart over time.

Q: Do you have any concerns you believe need to be addressed at the town board level?

Greenlee: She hopes to see more citizens take an interest in town business. She added the implementation of virtual or hybrid meetings has been beneficial during the pandemic.

“I just would like to see people get more involved in the process and seeing the reasoning behind things,” Greenlee said, adding she plans to communicate with residents continually and be transparent about town government matters.

Packard: He wants to meet with town staff members and other stakeholders to gauge their thoughts on local matters.

Pelock: He said he values transparency and has “no axe to grind.” Pelock said he wants to meet with various department heads to learn what might be on their “wish list” to be as efficient as possible and learn how town board members can be of assistance. He added that it is important for town officials to be responsible with taxpayer dollars while also planning for the future.