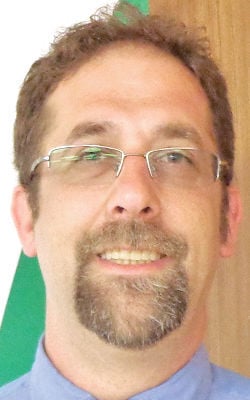 Rock County voters cast a record 29,000-plus votes by absentee ballot in the April 7 elections, obliterating the previous record, but an unknown number of those ballots were still in question, as they were in other counties.

Janesville City Clerk Dave Godek said the city had received ballots by mail that either didn’t have a postmark, or the postmark couldn’t be read, but the number of those was small. He didn’t have an exact count.

Because of a U.S. Supreme Court decision issued the day before the elections, all absentee ballots had to be postmarked on or before April 7, and they had to arrive by 4 p.m. Monday, April 13.

Godek said unclear postmarks were passed around his office to see if anyone could read them. Those that were unclear or without postmarks will be set aside, and the board of canvassers will have to decide whether to accept or reject them.

“That’s their role,” Godek said of the board of canvassers, “but there’s not a whole lot we can do with those because the court order is pretty clear. They have to be postmarked.”

Rock County Clerk Lisa Tollefson said she had heard a few reports of ballots with questionable postmarks received by clerks around the county, but the actual number was small.

Tollefson said the final tally of ballots won’t be known until Tuesday at the earliest. About 9,600 voted in person on April 7, so with the approximately 29,000 absentee ballots, the number of voters was about 38,600.

That’s in the mid-range for turnout in spring voting. About 29,000 voted in 2012, when, like this year, presidential preference primaries were on the ballot. The record is around 53,000 in spring 2016, when neither of the major parties’ presidential nominees had been determined.

Rock County has 87,151 registered voters this year. More are eligible but not registered.

Godek said the city issued 12,424 absentee ballots, and as of 3:30 p.m. Monday, 11,412 been returned. Godek planned a last-minute visit to the Janesville post office to see if more had shown up.

Janesville also set a record. The previous high also was in November 2016, when 9,686 ballots were cast absentee, he said.

Also unknown Monday night was the number of ballots that might arrive after the Monday deadline. Unless the court reverses its ruling, those ballots won’t be counted.

Godek said he was pleased at how the election went.

“The people really heeded the warning of doing the absentee balloting and took advantage of that,” he said. “I was impressed with the number of people that came to the polling places wearing a mask and bringing a pen and doing what we asked them to do.”

But Godek said he was not surprised at the cooperation, as it’s something he has come to expect in Janesville.

Tollefson said it was a “crazy” election, with local clerks scrambling to make polling places as safe as possible from coronavirus infection and last-minute changes to the rules because of lawsuits as Republicans and Democrats sparred over how elections should be held.

Tollefson said each clerk made different preparations to keep the coronavirus at bay based on the physical layout of each polling place.

Tollefson said she has gotten requests from other states about how Rock County ran its elections. Wisconsin has an advantage over some other states because each municipality runs its own elections and can adapt to local conditions, she said.

“I think we have a good template for the future, if we find ourselves later in the year having to conduct an election under these circumstances,” Godek said.

Godek said he learned a couple of things this time around. He should have done a better job of emphasizing that people must fill in the phone-number question on their absentee ballots, so his office could contact them with questions. The phone number is optional, but without it, the clerk’s office must communicate by mail, he said.

Godek said he also would stress this advice: If you don’t get your absentee ballot within seven days of requesting it, call his office.

Godek said Janesville mail goes to Milwaukee to be sorted, but he was happy with the Janesville post office’s response. They let him pick up ballots on Saturdays, for example, which is not normally done.

When he would bring in ballots his office reissued because people made errors or because ballots did not arrive, the post office made sure those were delivered quickly, Godek said.

He noted that when ballots are reissued, the original ballots are canceled. Ballots are tracked with bar codes, so a canceled ballot will be rejected by the vote-counting machines.