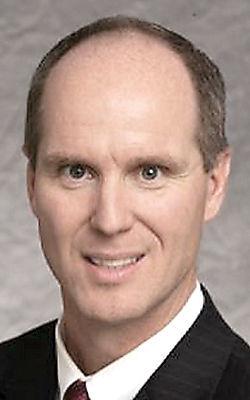 Voters on Tuesday decided to provide nearly $60 million in tax-funded aid to city schools as they approved both a $37 million operational referendum and a $22.5 million capital referendum.

Superintendent Steve Pophal said those decisions will make a big difference for students and staff.

“We’re just really pleased that the board was able to find the right solution that addresses the needs of the district and that the community could support. It’s real gratifying that we were able to hit the mark,” Pophal said.

About 75% of public school districts in Wisconsin currently use operational referendums, Pophal told The Gazette, so Janesville is not in the minority.

The tax impact of the operational referendum changes each year. Property owners will see increases of $39 per $100,000 of equalized property value in year one, $31 in year two, $29 in year three and $28 in year four. The referendum will cost the owner of a $100,000 home $127 over the life of the referendum

By approving the operational referendum, voters prevented the district from having to consider layoffs and program cuts, Pophal said.

“We’re really excited to be able to continue that work, and we want our taxpayers to know we are thankful for their support, and every single dollar will be used to deliver on the outcomes … and continue to have this productive relationship that we enjoy with our community,” he said.

Voters also approved the district’s $22.5 million capital referendum, which will be used to ensure that schools across the district have the appropriate infrastructure year-round.

The referendum funds will allow the district to add secure entrances and safety procedures to multiple schools, and it will also be used to replace old boilers.

Property owners will pay $5 more per $100,000 of equalized property value every year until the debt is paid off, which will take about 20 years, according to an earlier estimate from Dan McCrea, the district’s chief financial officer.

“As the community has said going all the way back to the survey, safety and security matter,” Pophal said. “We live in a world today where we just have to be hyper vigilant about that.

“Knowing that we’re going to be able to put those life safety systems in place and secure sequence pathways into all of our school buildings and the heating plants that work, the community got that. The vote was loud and clear.”

Pophal called Tuesday a big step for the district and thanked voters.

“At the end of the day, the district belongs to the community, and whether that’s the facilities or the operational side of our organization, we really felt like we were, at this moment in time, where we needed the community to weigh in on what it wants the district to look like for the next generation of kids, and they did that.”