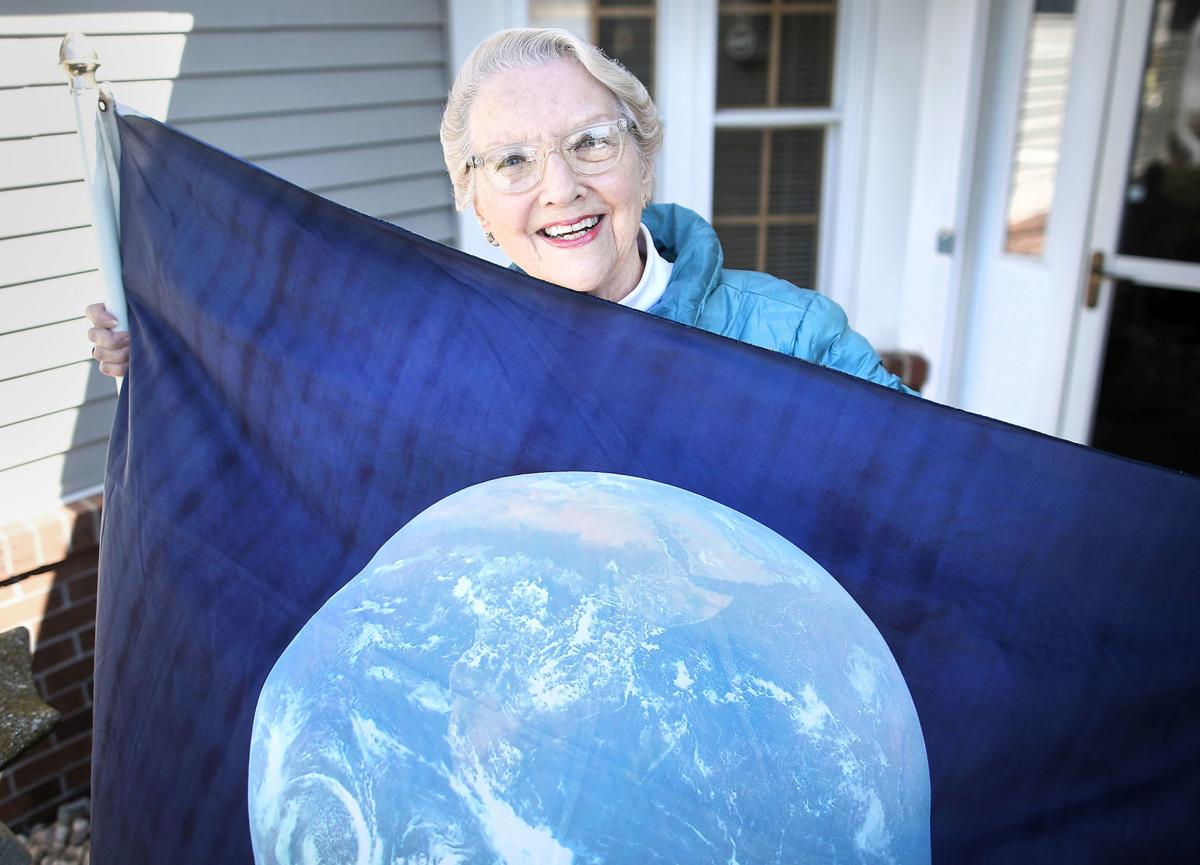 Martha Mealey of Delavan holds an Earth Day flag that depicts the fragile Earth from space. Mealey has flown the same flag since the first Earth Day on April 22, 1970. 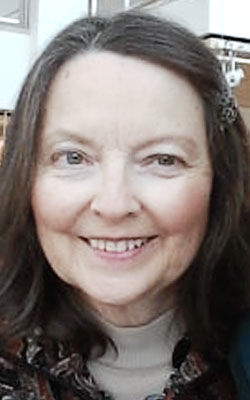 Carole Salinas of Janesville planned a special program for her students on April 22, 1970, while Martha Mealey of Delavan bought a deep blue flag showing fragile Earth from space.

Both women responded to a call by The Gazette for memories of the first Earth Day, which went down in history as a massive grassroots movement to raise environmental awareness.

Fifty years ago today, Salinas was a senior at Illinois State University majoring in elementary education.

Mealey was the mother of two and attended a special Earth Day program with her late husband, Robert.

The women were among 20 million Americans who took part in historic activities to honor the Earth.

Nationally, people participated in protests, demonstrations, speeches and concerts to shine a light on environmental degradation, including polluted air, drinking water and rivers, lakes and streams.

Environmental activist Gaylord Nelson, a Democratic senator from Wisconsin, initiated the day, which sparked what many call the modern environmental movement.

At the time, Salinas was student-teaching in third grade in Ottawa, Illinois. With three other student teachers, she planned a ceremony for the first Earth Day.

On a Friday afternoon, Salinas and students gathered on the school lawn to sing songs, recite poetry and perform a choral reading.

Cub Scouts presented a flag ceremony, and everyone took part in planting a tree.

“At the time, it was just a big assignment we had to do,” Salinas said. “Several years later, I took an environmental education class for elementary teachers as there was a big push for this.”

Throughout her life, Salinas has enjoyed outdoor activities with her family and as a Girl Scout leader.

Now, as a grandparent, she takes her granddaughters to activities at the Welty Environmental Center in Beloit and to programs at Janesville’s Rotary Gardens.

Mealey had a daughter, Sherry, in grade school and a son, Steve, in high school on the first Earth Day.

At a school program, she and her husband bought a special flag with a striking photo of the Earth as seen from space. The first photos of Earth taken during America’s historic Apollo 10 space mission inspired the flag’s design.

This morning, 87-year-old Mealey will fly the flag, just as she has on every Earth Day since 1970.

“I fly it because I care about the Earth,” she said.

Earlier this week, she examined her decades-old banner, which looks like new, and found a wrinkle in it.

She thought about ironing it but realized she could make a hole in the flag if the iron was too hot.

Mealey now lives in a retirement community, but she and her husband lived for many years on Cobb Road in Elkhorn, where they had large vegetable and flower gardens.

One year, they hand-planted 300 small evergreens they bought from the state on their acre property.

“My husband dug all the holes,” Mealey recalled. “My husband loved the Earth.”

When Earth Day is over, she will carefully roll up the flag and tuck it away for another year.

“It is a tradition to fly the flag,” Mealey said. “I’ve never seen one flown anywhere else.”