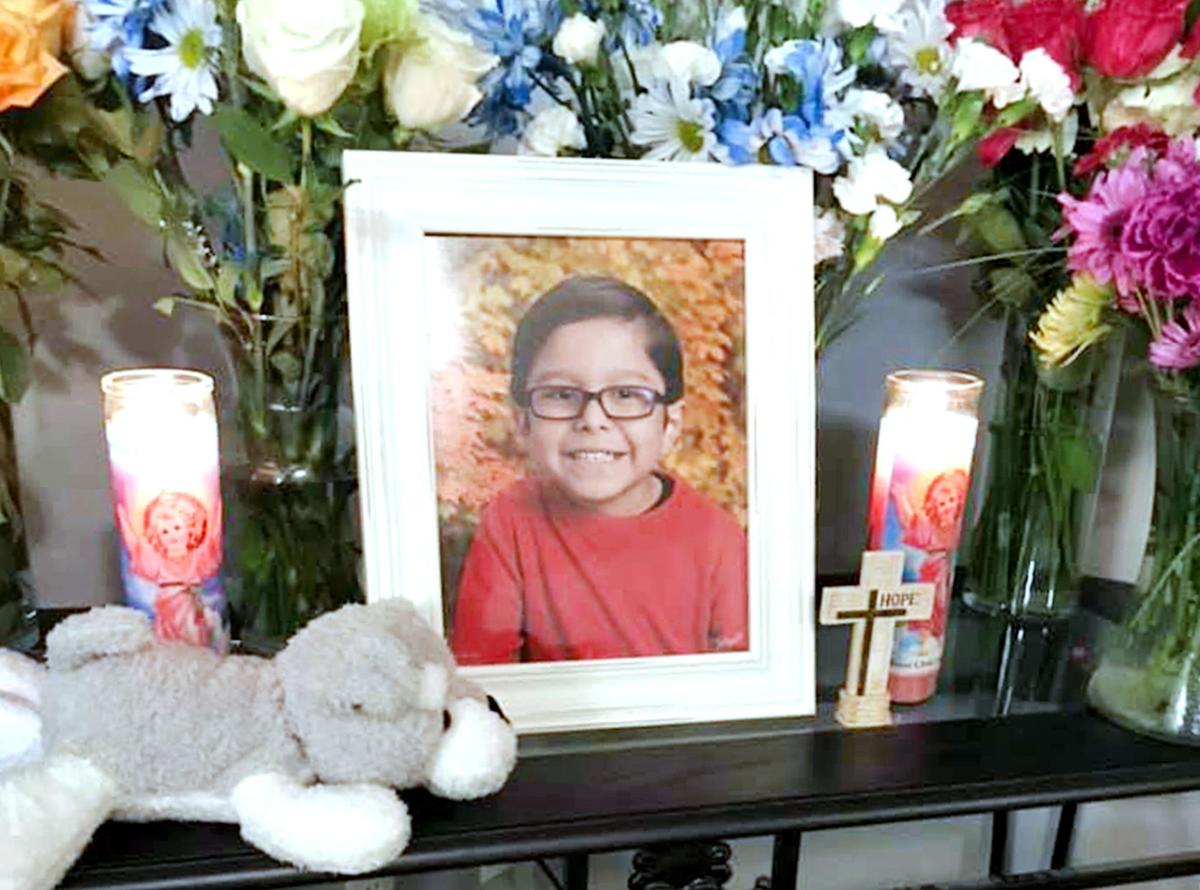 Christian Valdez, 7, of Whitewater, died Sunday from injuries he suffered when he was hit by an ATV. His family remembers him for his smile. 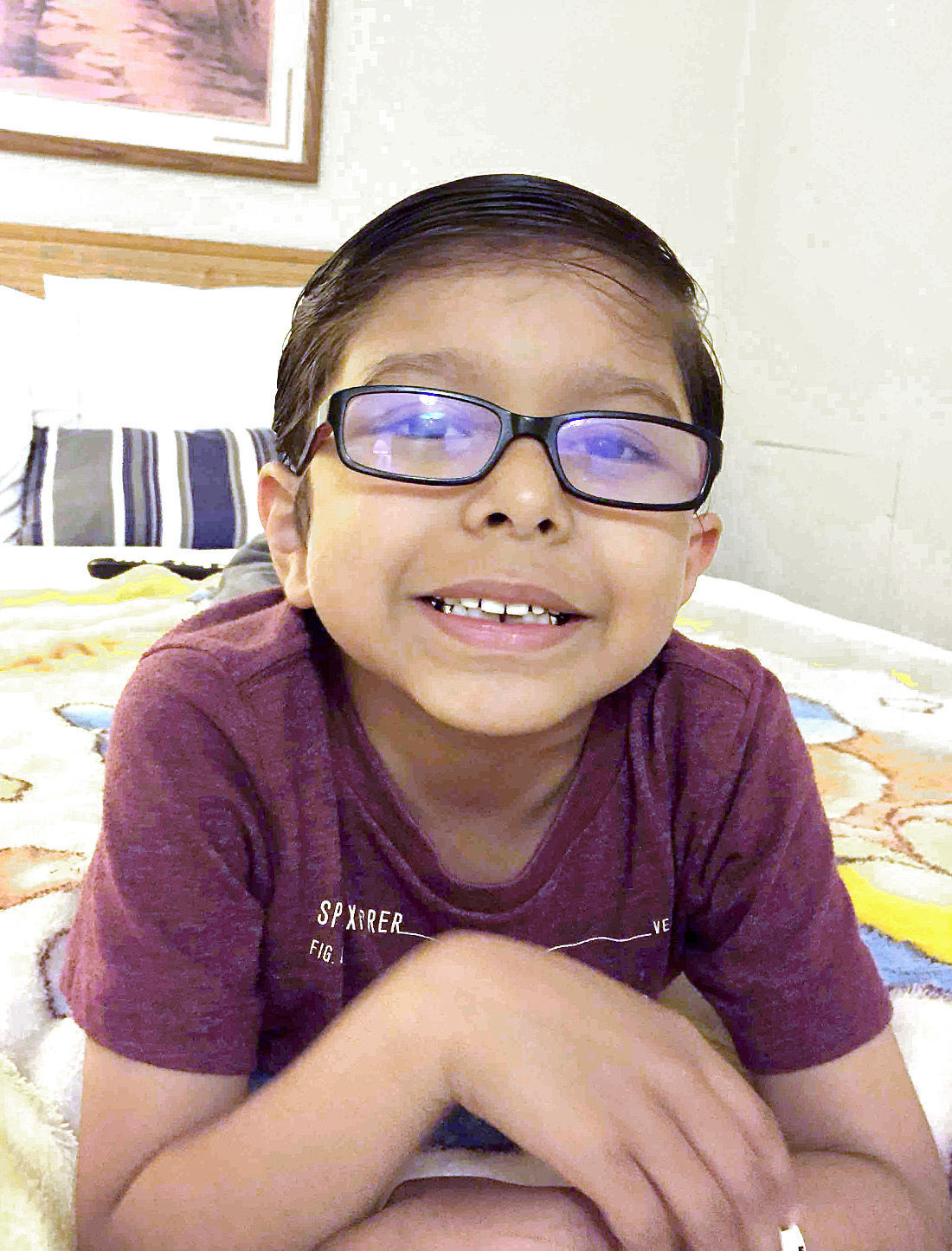 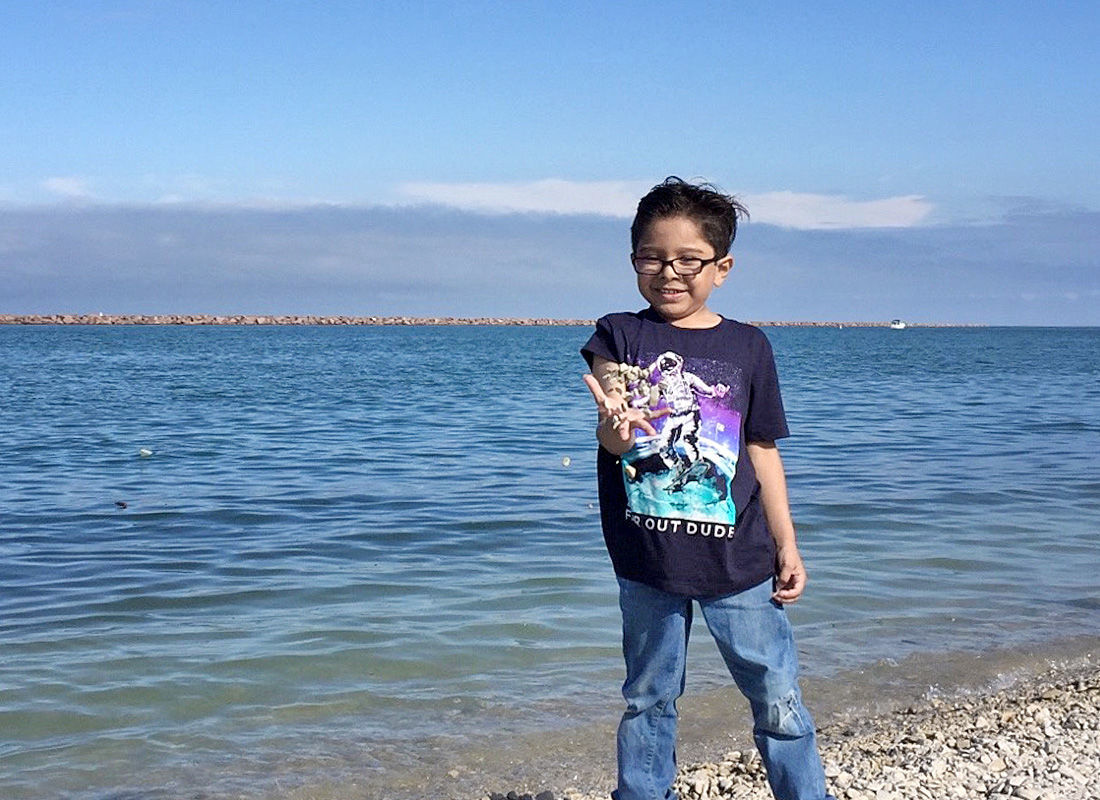 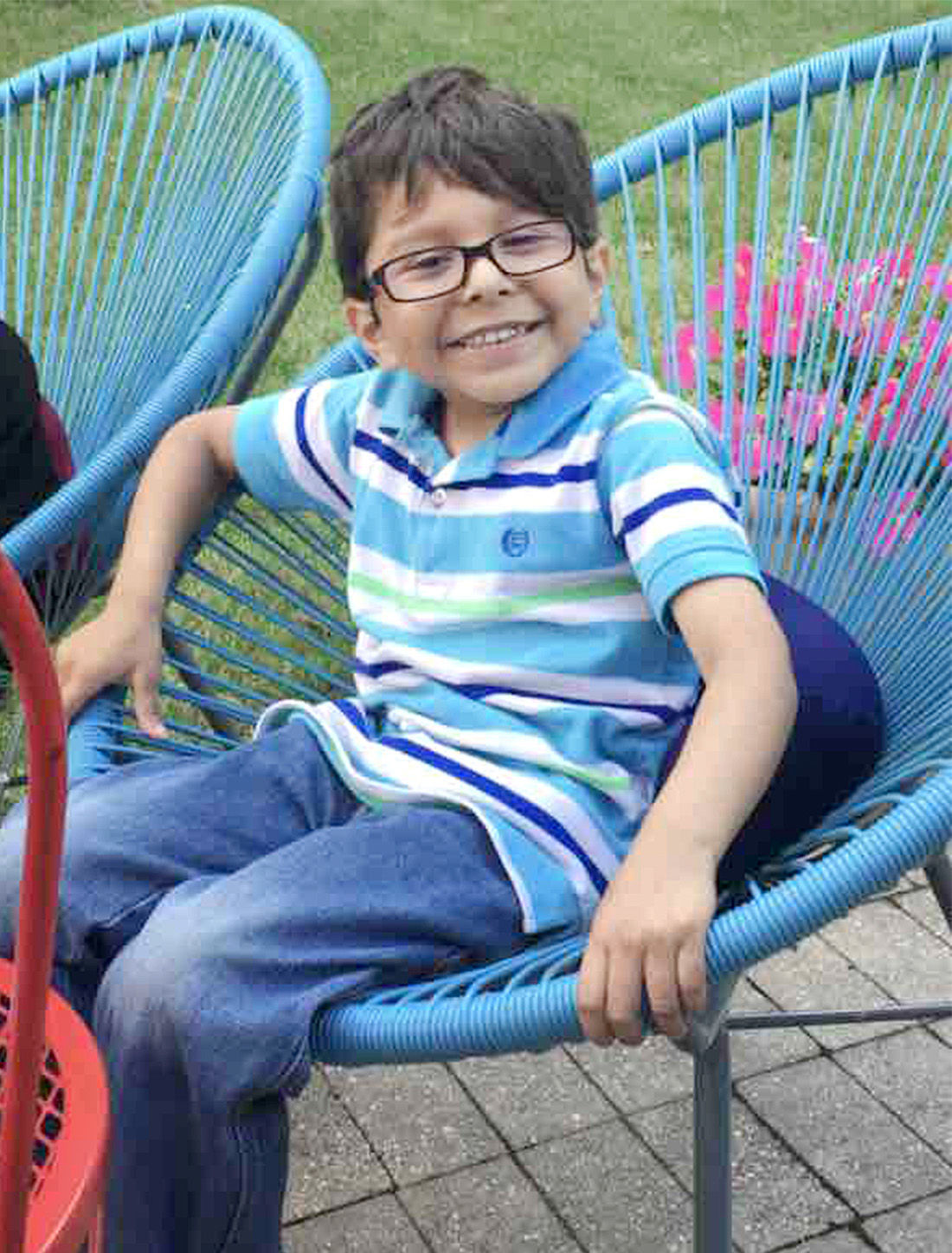 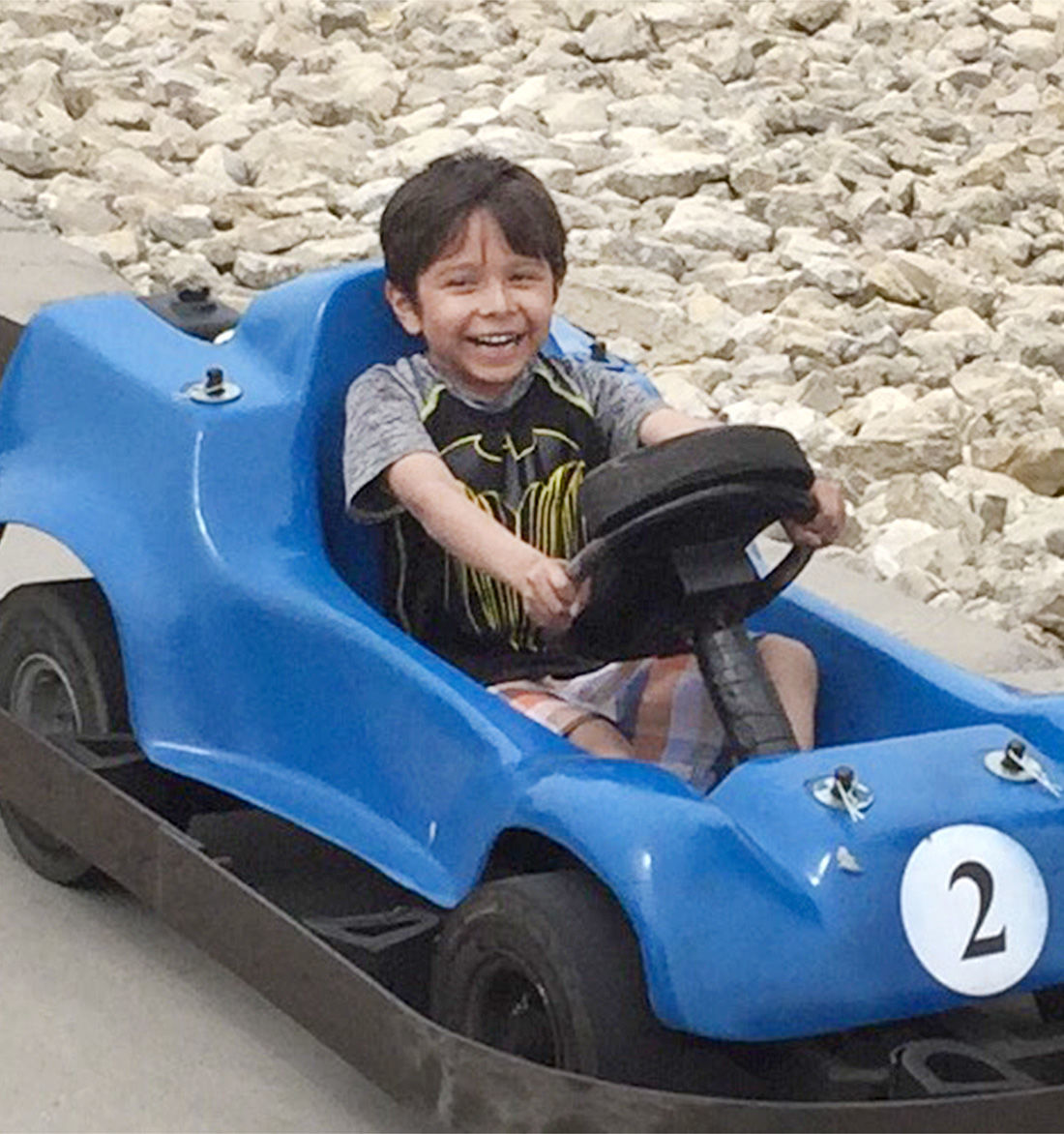 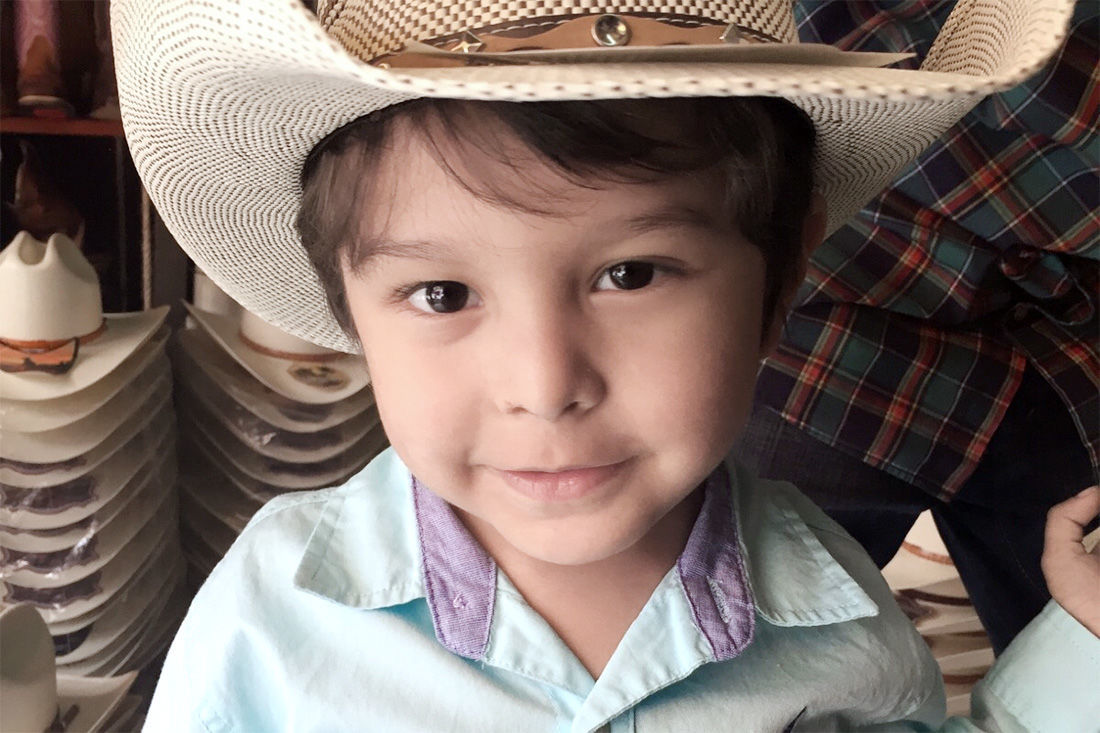 Christian Valdez, 7, of Whitewater, loved the confetti party his family held for him in April. 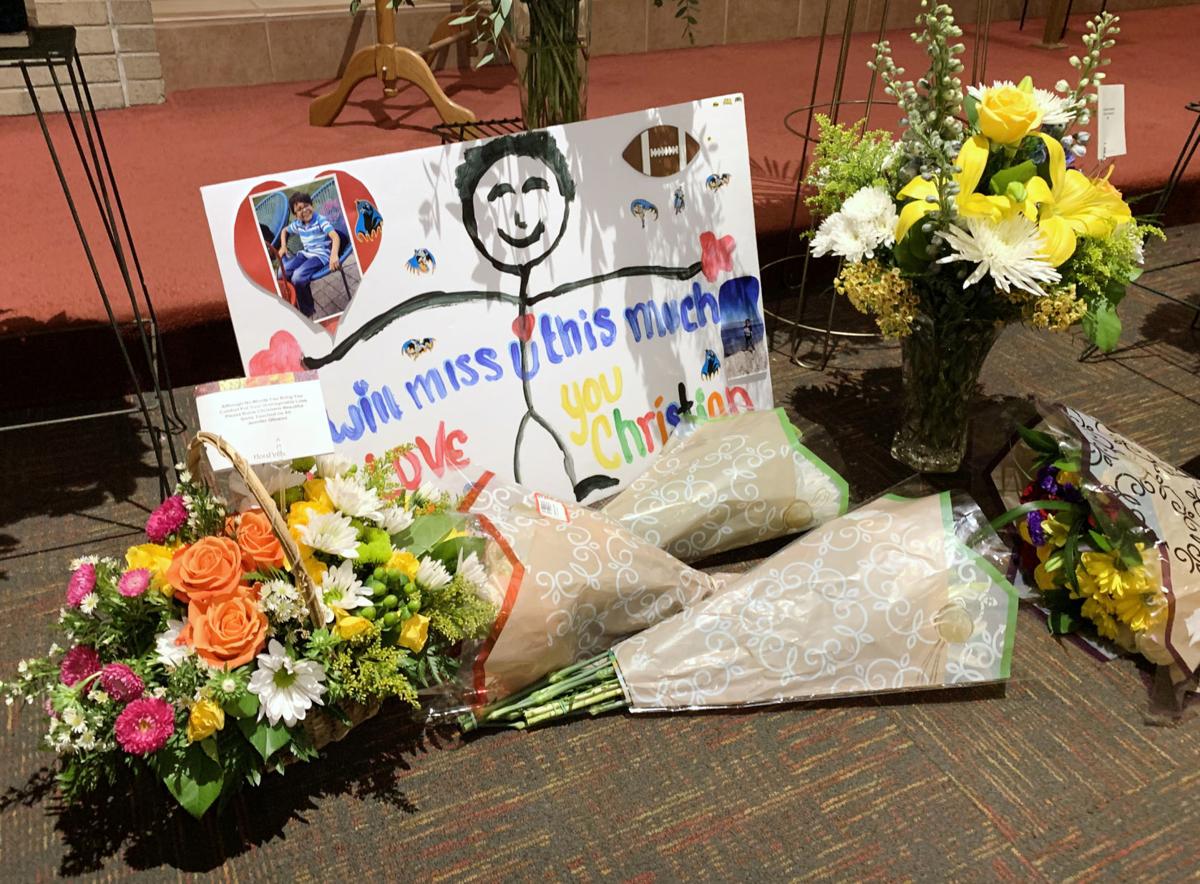 Flowers and a painted collage sit at the front of St. Patrick Catholic Church in Whitewater for the Mass of Christian burial for Christian Valdez, a 7-year-old boy who died Sunday.

Christian Valdez, 7, of Whitewater, died Sunday from injuries he suffered when he was hit by an ATV. His family remembers him for his smile.

During one of his family trips to Mexico that he loved so much, Christian D. Valdez saw bags of confetti sitting in a store.

Then it hit him—a confetti party. He wanted to have his family rain confetti on him as he came down the stairs of his Whitewater home.

So to celebrate his seventh birthday in April, Christian’s family made his wish reality—at a party 35 or 40 family members showered him in confetti “like there was no tomorrow,” said Christian’s cousin, Oscar Valadez-Valdez.

“I remember him coming down and just taking it all in because every one of us that was there was there for that moment,” Oscar said. “Ana, his mom, told us that he was really, really happy, that he told her that’s the happiest moment of his life.”

Christian’s seventh birthday was his last.

On Wednesday about five months after the confetti party, Christian’s family gathered again. This time, it was for a Mass of Christian burial at St. Patrick Catholic Church.

The service was a half-mile from where he was a second-grader at Lincoln Elementary School and just up Elizabeth Street from Whitewater’s middle and high school—schools he never got to attend.

Christian died after a Beloit teen hit him with an ATV on Saturday night during a birthday party in the town of Albion, according to the Dane County Sheriff’s Office. Christian was flown to UW Hospital in Madison for treatment.

Oscar was at home with his wife Saturday night when his mom called and said something happened to Christian, the boy who was full of energy and played with Oscar’s 6-year-old daughter during recess. They found a babysitter and drove to the hospital in the early morning hours Sunday.

He said Christian’s last heartbeat was at 10:18 a.m. Sunday.

That morning was a “blur” to Judy Valdez, Christian’s aunt.

Judy and Oscar answered questions about how they were doing by saying they were focused on taking care of Christian’s parents, Israel and Ana. Judy said they have given round-the-clock support to them since getting home from the hospital.

His smile, cat and Batman costume

Christian loved being around his family, whether it was playing with his cousins or hugging and kissing his mom, Judy said.

He loved animals. Christian would play with Judy’s rescued yellow Labrador, who was bigger than Christian.

Christian also adored his pet cat, which she said he “carried around like a baby.”

“I just keep expecting him to run down the hallway, smiling, chasing the cat,” she said.

He enjoyed his toys, school and making hand-made crafts for his mom.

With a smile like his, he was always taking selfies. Judy said his mom’s phone is full of pictures of him.

“That smile was everything. If you see pictures of him, you’ll see his big smile is everything,” she said. “He was always smiling and always happy.”

And, of course, there was his love of superheroes. Oscar said Christian would wear his Batman costume from Halloween until January or February—“Every day if he could.”

“He was full of life,” Oscar said.

Mary Kilar, principal at Lincoln Elementary School, said Christian’s smile would make your day. She called him a “bright light.”

After hearing about his death, she said students shared what kind of friend he was. Some students cried. Some said they would miss playing with him during recess. Some missed his laugh.

“He was a model for us all, and he will be deeply missed by all of us,” she said in an email.

‘I will miss u this much’

On the worrying drive to Madison early Sunday morning, Oscar said he and his wife were talking about appreciating every moment they have with their kids.

He said he has four daughters, and the youngest, Camila, is the 6-year-old who would join Christian at recess. In the days before the accident, she had been asking to go play with Christian.

But something kept coming up, and it didn’t work out.

“Now she doesn’t understand yet what that (his death) means,” Oscar said.

Christian had one sister and one brother.

This isn’t the first time Christian’s parents have lost a child. Oscar said their daughter was born with a twin sister, who died five minutes after birth.

The family planned to bury Christian next to her, Judy said.

As the church cleared Wednesday, one girl went to the front by herself to look at the flowers and pieces of art set up for Christian. One said “I will miss u this much,” and showed a stick figure spreading its arms as wide as the poster board could fit.

During the recessional, another young girl followed Christian’s family with his white casket as they exited the church—the same one where Christian was baptized.

She was holding a portrait of Christian—his smile beaming.

A fundraiser has been set up to support Christian’s family. On gofundme.com, the page is named “Remembering Christian Valdez.”