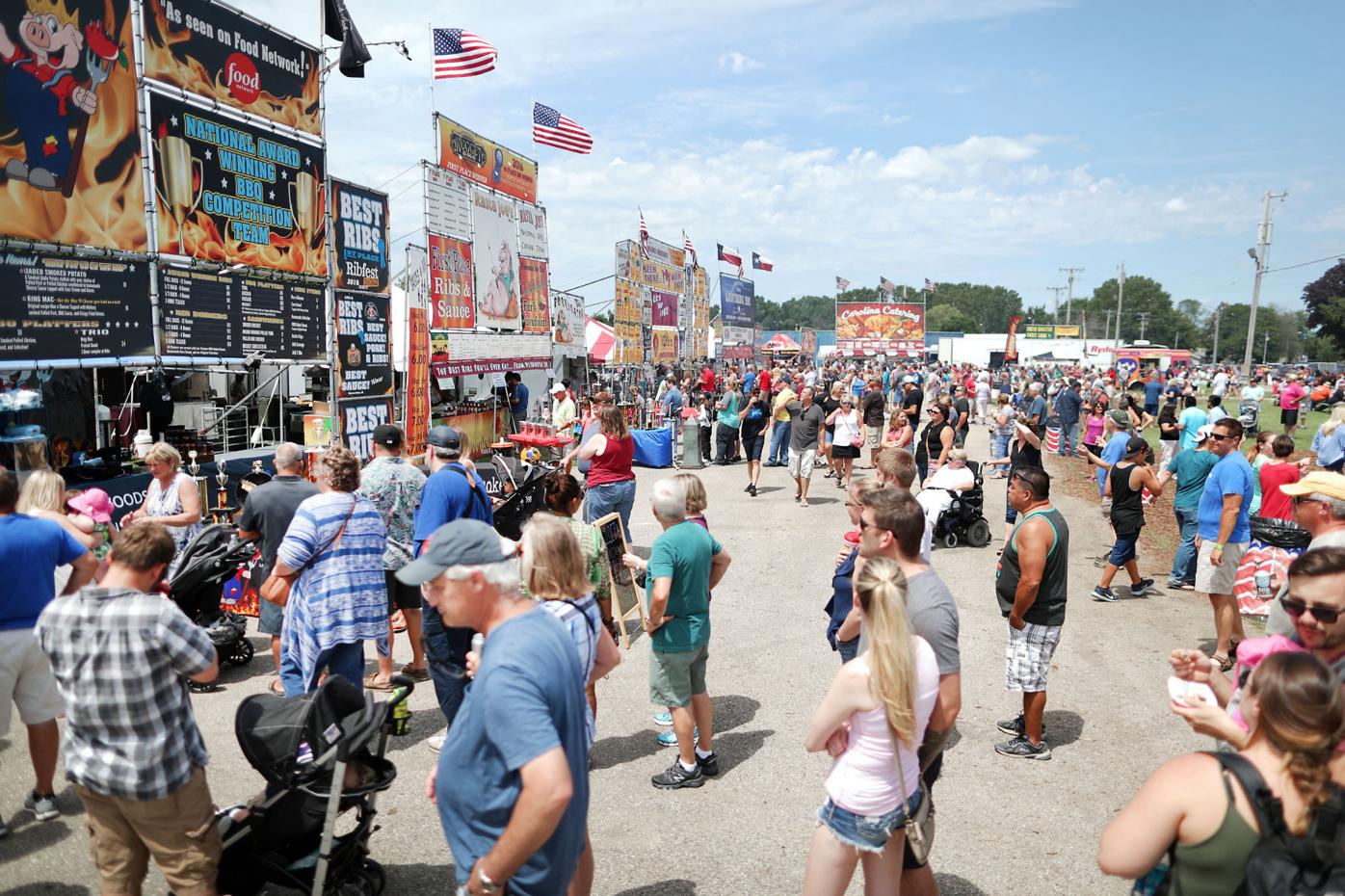 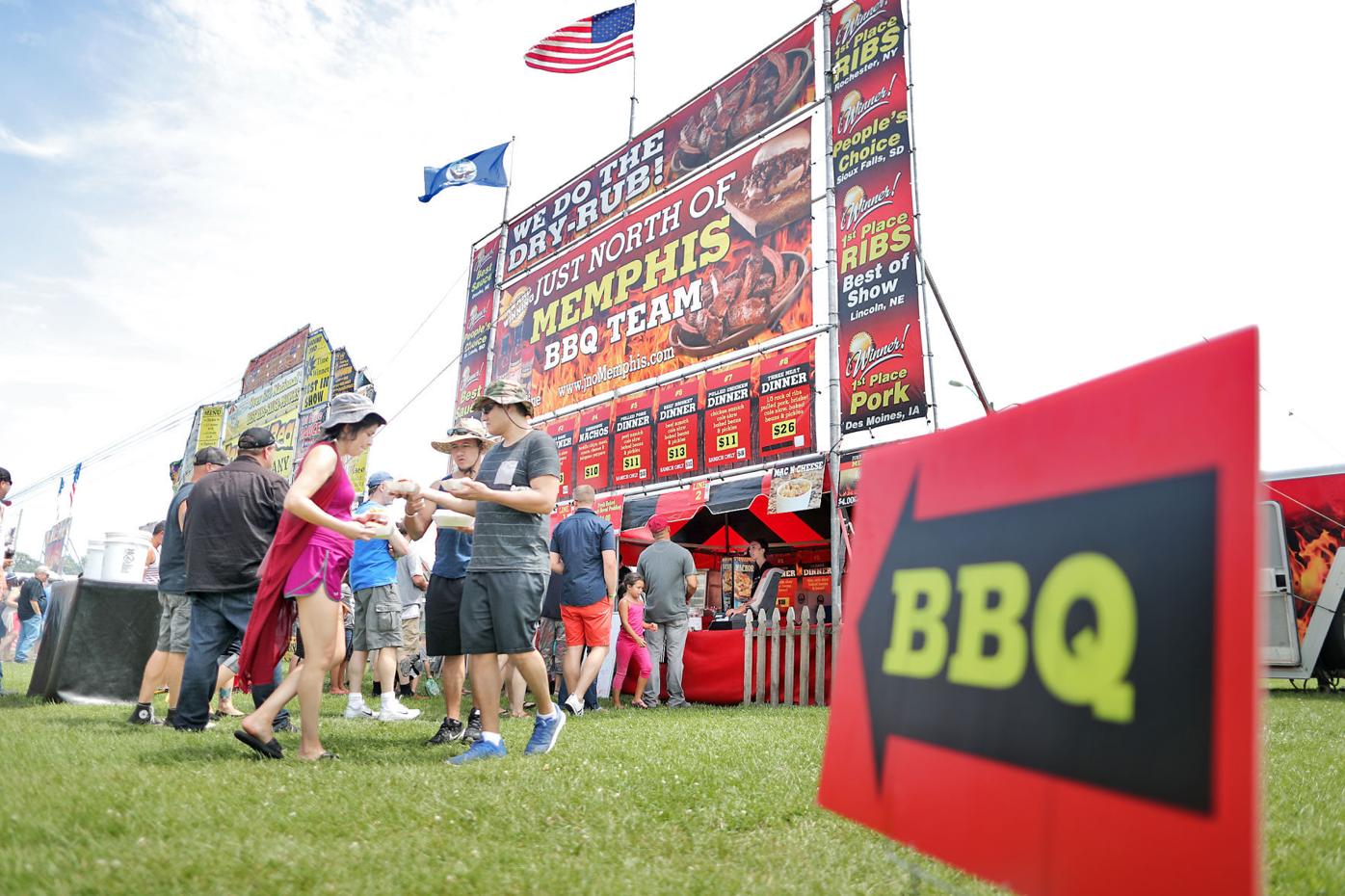 Lines form outside a row of professional barbecue competitors at the annual Ribfest at the Walworth County Fairgrounds in Elkhorn in 2017. 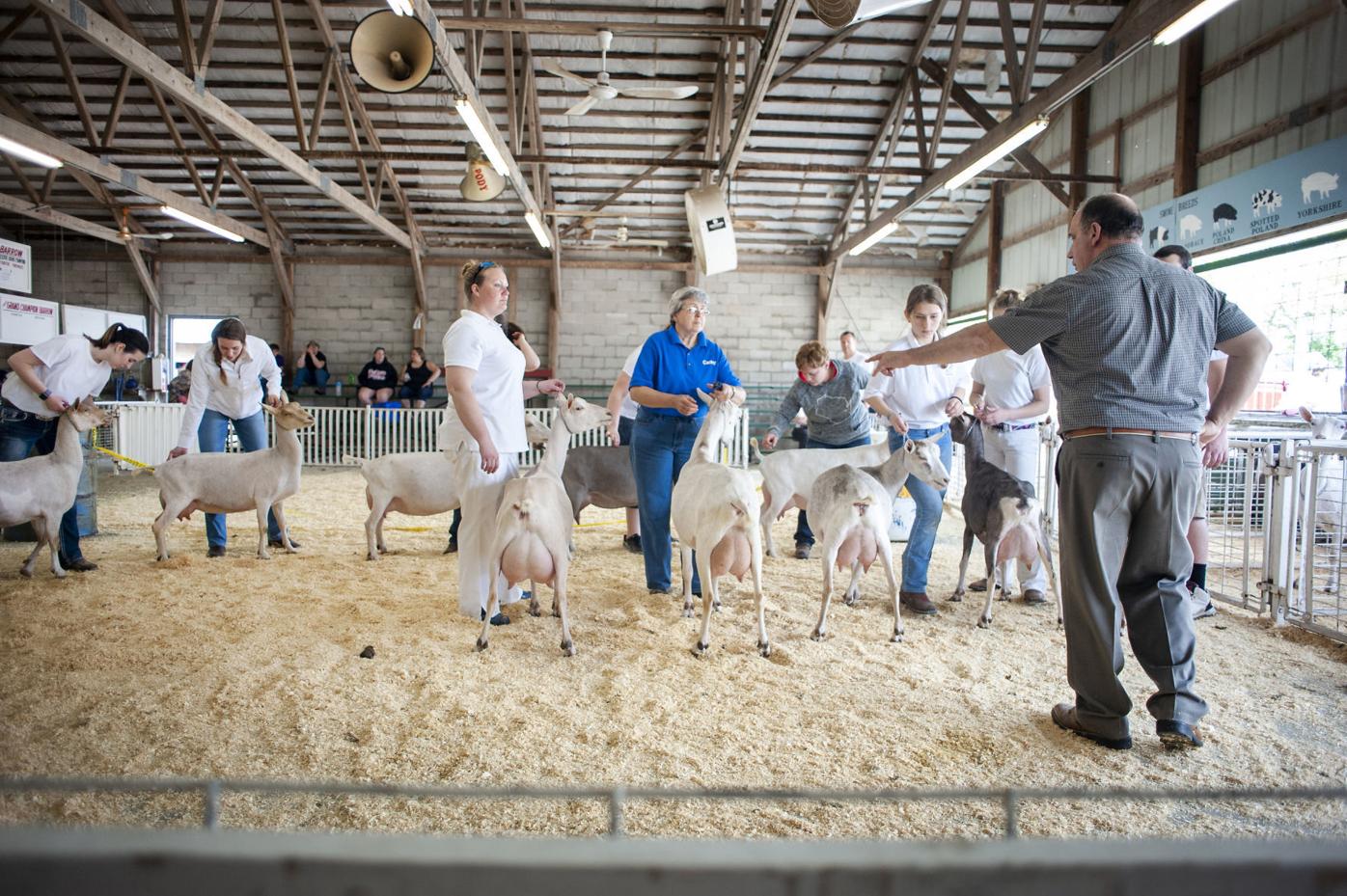 A judge directs goat handlers at the Walworth County Fairgrounds in Elkhorn in 2019. 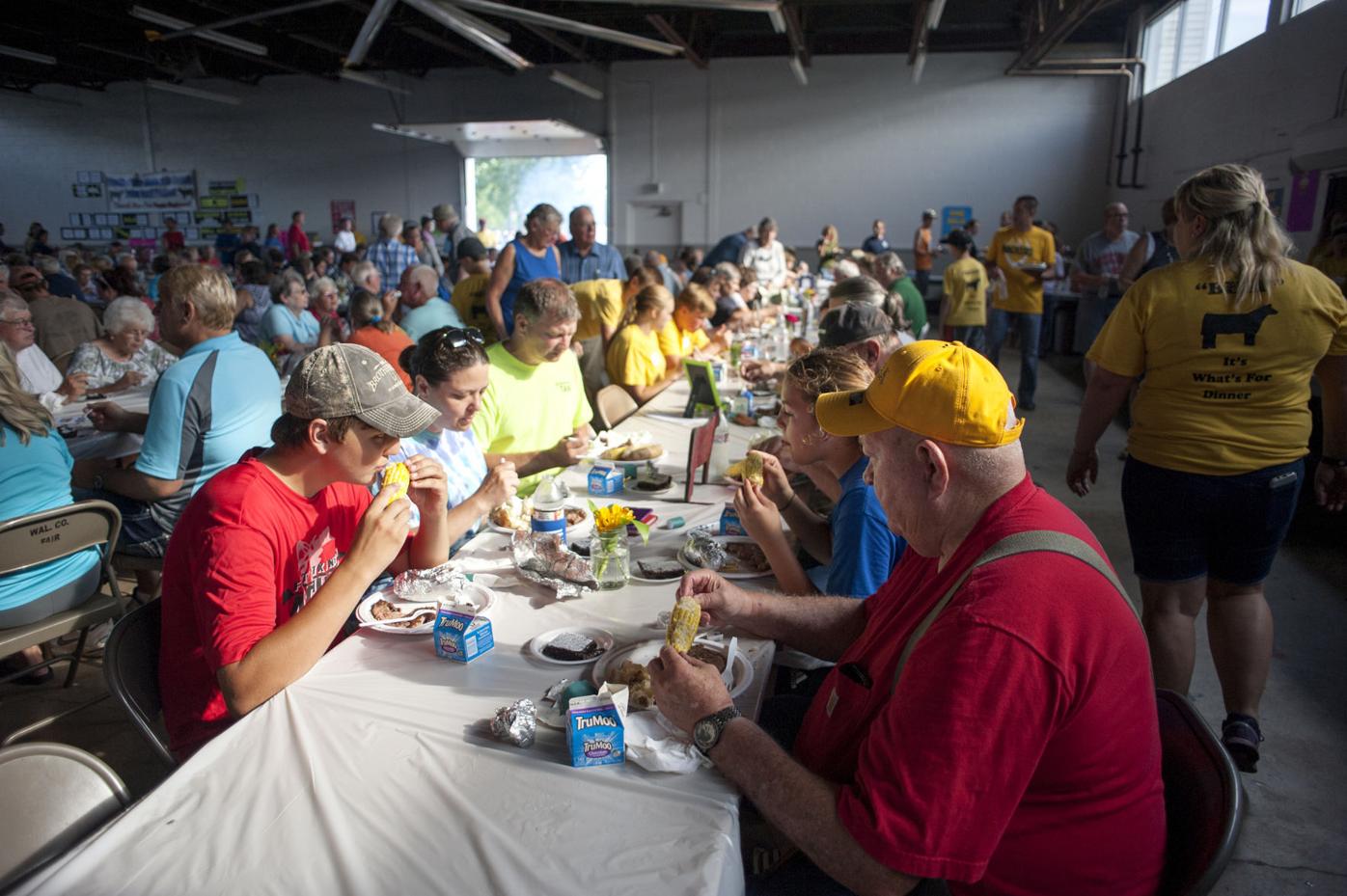 Nolan Volquardsen, left, takes a bite of corn on the cob during the Walworth County Steak Cookout at the fairgrounds in Elkhorn in 2017.

Lines form outside a row of professional barbecue competitors at the annual Ribfest at the Walworth County Fairgrounds in Elkhorn in 2017.

A judge directs goat handlers at the Walworth County Fairgrounds in Elkhorn in 2019.

Nolan Volquardsen, left, takes a bite of corn on the cob during the Walworth County Steak Cookout at the fairgrounds in Elkhorn in 2017.

The Walworth County Agricultural Society Board decided Thursday to cancel the county fair and Ribfest, the two largest events at the fairgrounds in Elkhorn.

“The board was concerned these events could pose a risk to Walworth County residents by attracting visitors from areas with much higher COVID-19 infection rates,” Larry Gaffey, Walworth County Fairgrounds general manager, said in a news release.

“Ribfest and the fair are the largest events we hold at the fairgrounds, attracting people from as far away as Iowa, Illinois, Minnesota and other counties in Wisconsin,” Gaffey continued. “The board feared the influx of visitors could strain the county’s public health system.”

The two events could have brought in tens of thousands of people, supporting the local economy.

The news release cites a UW-Madison study that found the fair annually creates more than 30 local jobs, contributes over $7 million to the local economy and generates significant revenue for area retailers, restaurateurs and hospitality companies.

The fair is also the largest fundraising activity for many local nonprofit organizations and church groups.

This would have been the fair’s 171st year, making it one of the longest-running events in Wisconsin.

The news release indicates the fair typically attracts hundreds of thousands of visitors to Elkhorn, but Gaffey said earlier that coronavirus fears had led to much lower attendance at other fairs this year, and he expected the same here.

The fair, already ailing financially from low attendance during flooding in 2018, had gotten the Elkhorn City Council to approve beer and wine sales for the first time ever in an attempt to increase attendance and income.

Organizers had worked with the Walworth County Department of Health & Human Services to develop health and safety plans to make the two events as safe as possible.

The acreage dedicated to both events had been expanded to make it easier for people to keep to the recommended 6-foot distance. Events were moved outdoors, and the fair’s carnival rides had been spread out to reduce congestion.

“The board became more concerned about the risk of infection as the number of COVID-19 cases increased steadily in surrounding states and other parts of Wisconsin,” the release states.

The Centers for Disease Control and Prevention show Walworth County with the fifth-highest rate of positive coronavirus tests in the state, with 946 per 100,000 population. Surrounding counties also have relatively high numbers.

CDC data show Wisconsin with a lower infection rate than its surrounding states.

Carlo Nevicosi, deputy director of the Walworth County Health Department, speaking Thursday just hours before the announcement, said it was impossible to eliminate all the risks of attending a large public event, but he praised the efforts planned at the fairgrounds.

Some fair activities will proceed. Junior exhibits featuring the work of young people, including livestock, photography, gardening, woodworking and arts and crafts, will take place on the fairgrounds but will not be open to the public, according to the release.

Announcements about these activities will come soon. Details are still being discussed, according to the release.

“We are concerned about the public health but also feel an obligation to the young people who have spent a year or more raising livestock, doing photography, gardening crops, woodworking and working on arts and crafts,” Gaffey said. “COVID-19 stole part of a school year from these kids. We will not allow it to ruin their dream projects as well.”

Charged with enforcing the state's mask mandate, police agencies in Rock and Walworth counties said they were going to focus on education rather than taking punitive action against those violating the order.