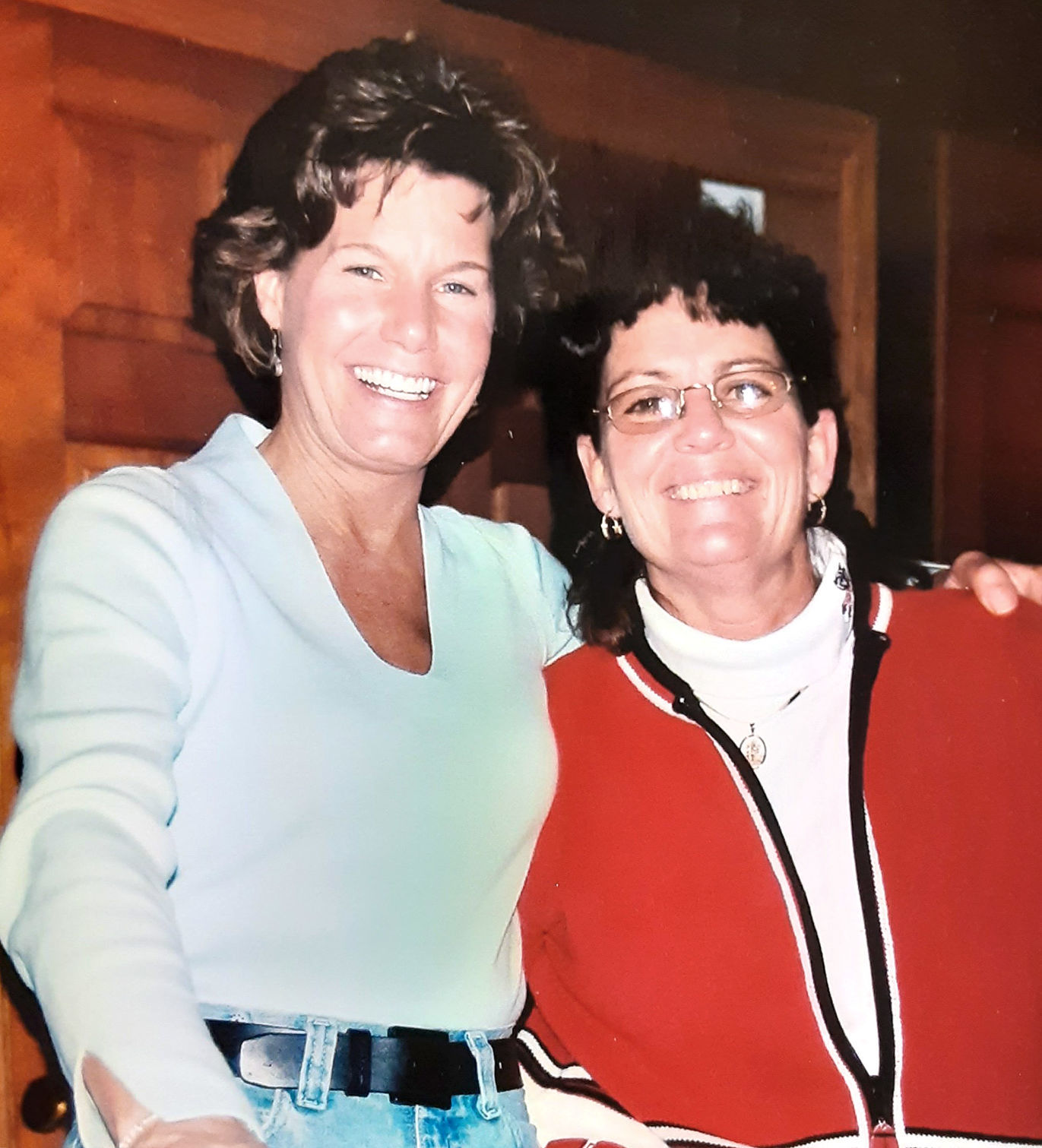 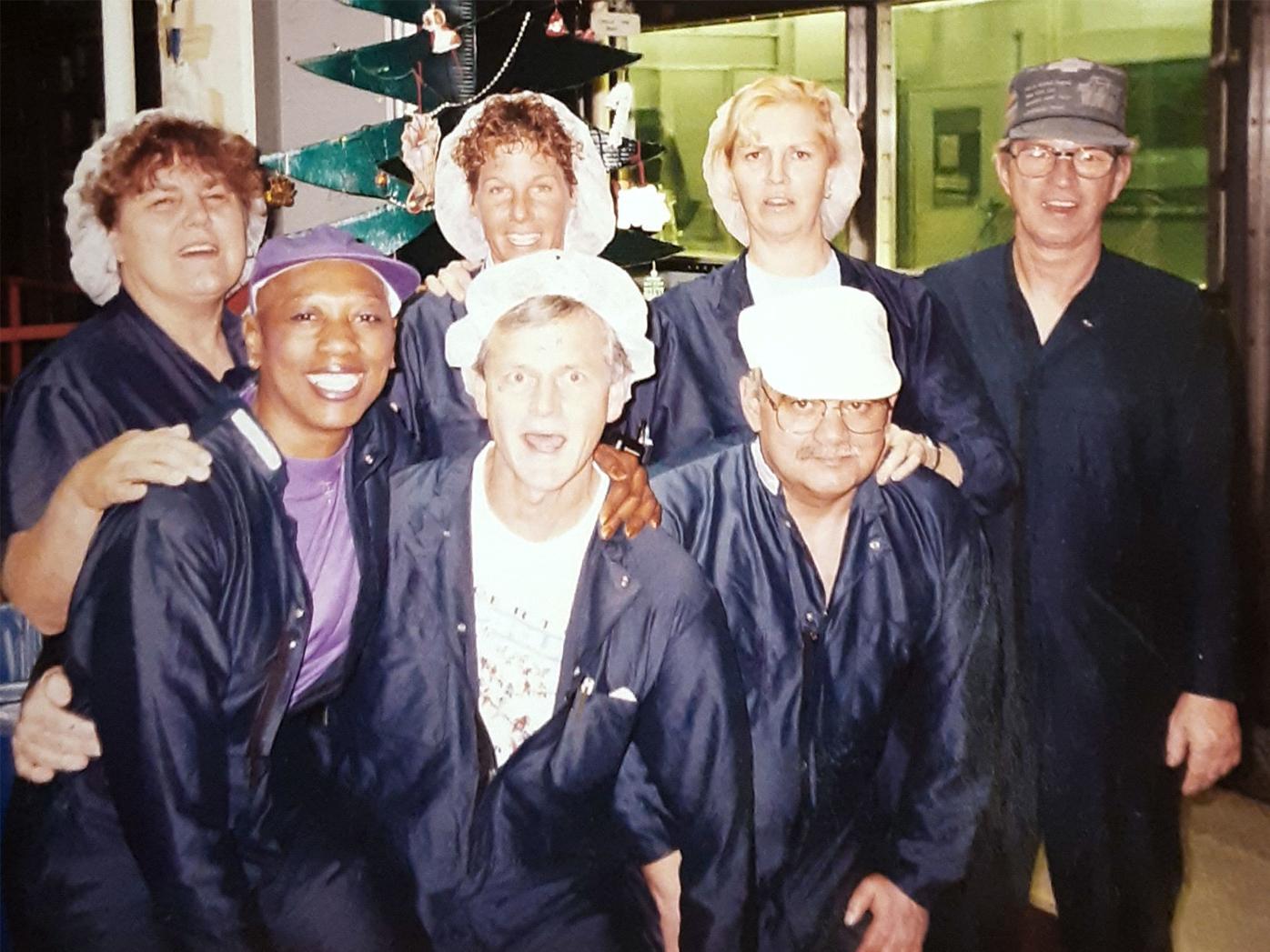 Judy Ludwig Scott, back row, second from left, joins her team near a painting booth in the Janesville General Motors paint department in 1993. 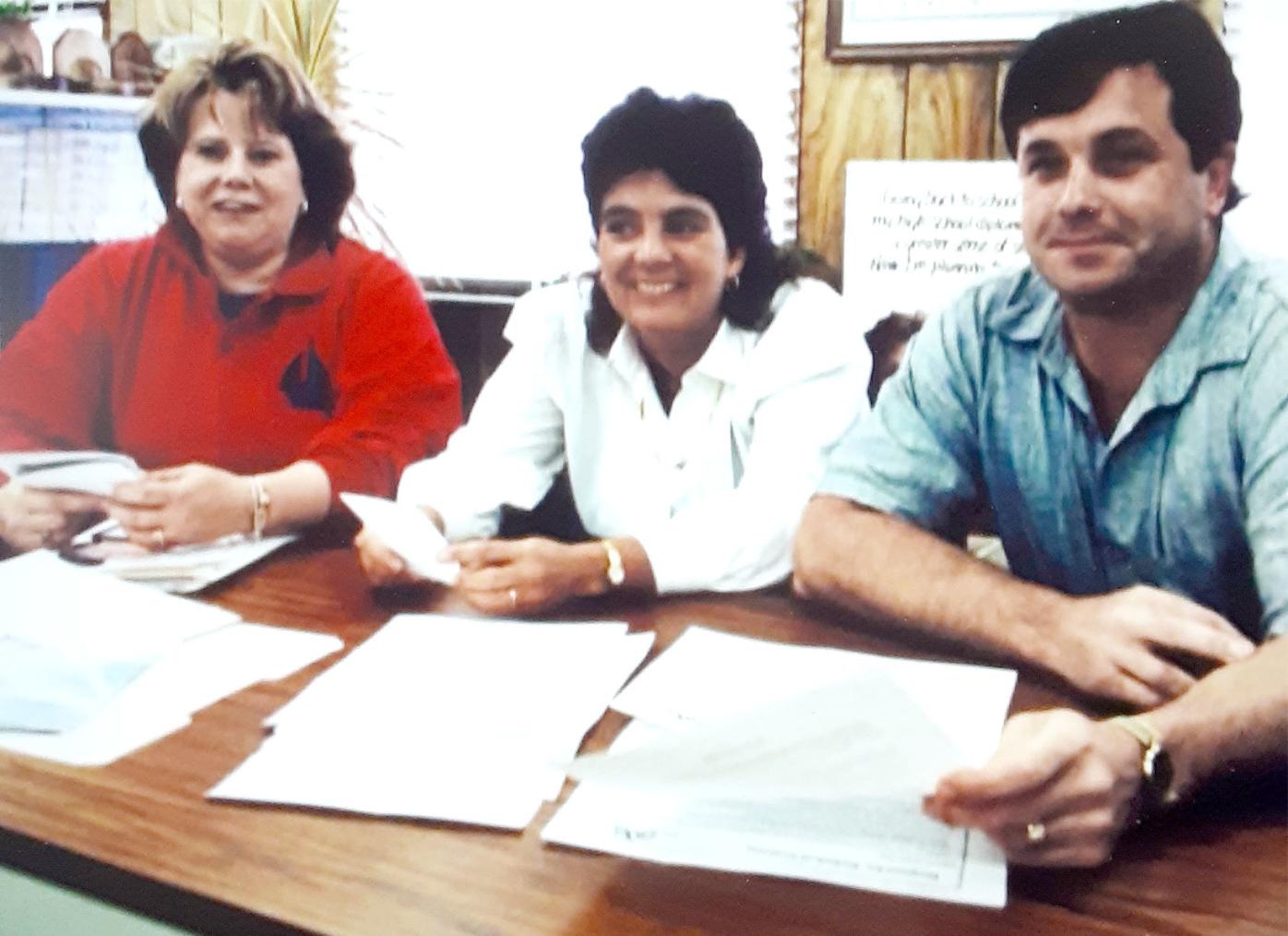 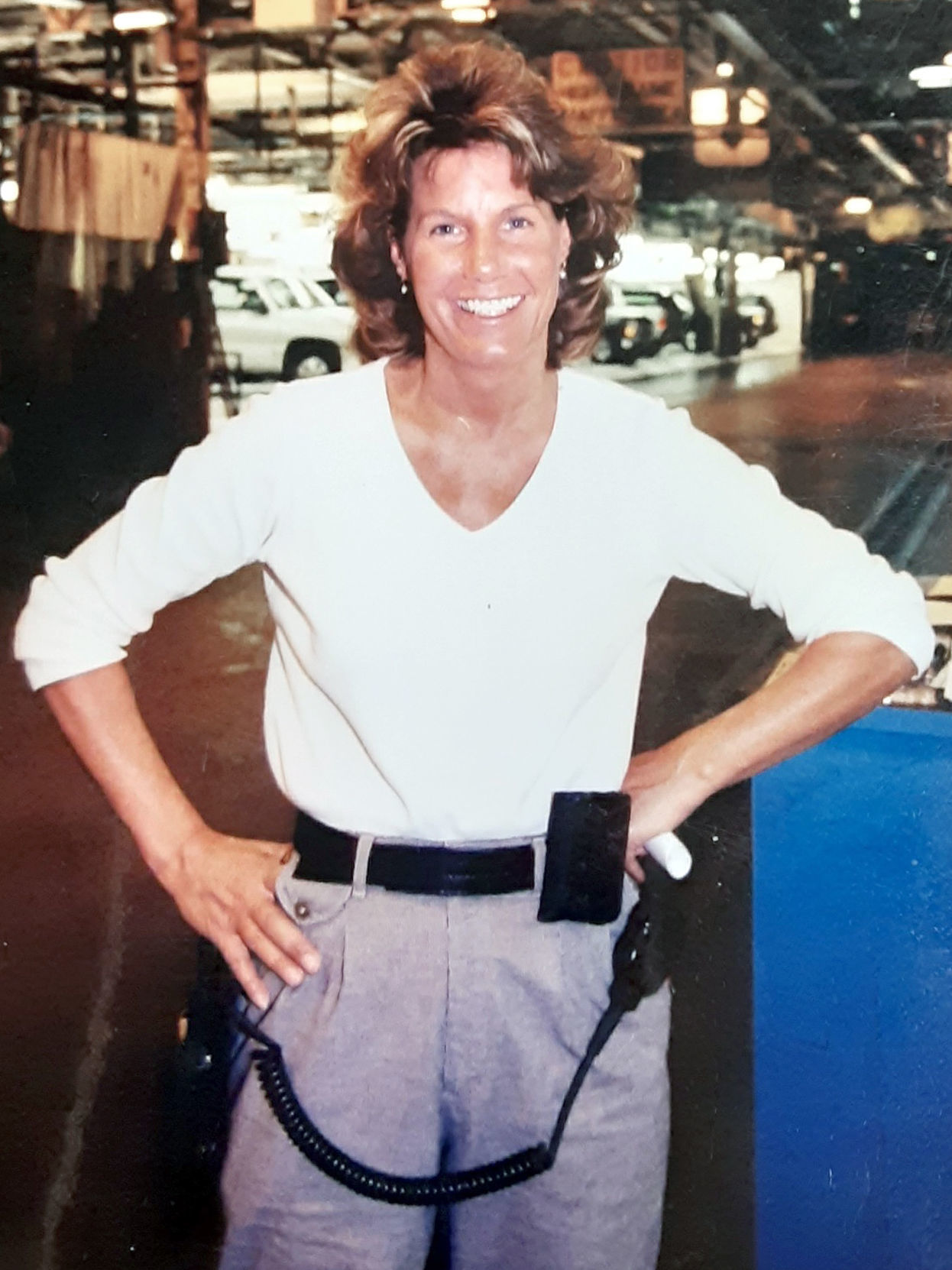 Judy Ludwig Scott is photographed at the General Motors Janesville assembly plant in 1999.

Judy Ludwig Scott, back row, second from left, joins her team near a painting booth in the Janesville General Motors paint department in 1993.

Judy Ludwig Scott is photographed at the General Motors Janesville assembly plant in 1999.

As one of the first-ever female supervisors at the former General Motors assembly plant in Janesville, Judy Ludwig Scott said she learned one way to earn the respect of some of the 6,000 employees in the factory that was more like a small city.

Ludwig Scott, a Milton resident, wasn’t trying to subvert gender roles, nor does she believe she was playing into gender stereotypes that were more closely followed in 1979, when she started as a GM line supervisor.

“If people would help me out, I would reward them with a carrot cake. I made a lot of carrot cakes in my life, and it meant a lot to people,” Ludwig Scott said. “Is that a ‘girl thing?’ Kind of. But my dad was a general foreman at the plant, and he had wild game feeds for his people. I learned from him that if you do gestures like that, take the time to connect as human beings, it really means something to people.”

Ludwig Scott and her contemporary, former GM plant supervisor Julie Monahan, spoke to The Gazette about their experiences as a couple of the first female manufacturing supervisors to be hired at the Janesville assembly plant. Their recollections come as today marks International Women’s Day, created to honor the contributions and impact of women in various facets of society.

Since the late 1970s when Ludwig Scott and Monahan started their GM careers, popular concepts of gender in the workplace have shifted. And while women workers remain in the minority in some fields (in American manufacturing, for instance, women now make up less than a quarter of the workforce and hold less than 20% of supervisory roles, according to federal employment data), much has changed.

Monahan, an Edgerton resident, was 22 and fresh out of college when she started at GM. She remembers being put in charge as a line supervisor in the truck production division at a time when the 53 employees she supervised were men—many her father’s or grandfathers’ age.

She said she and other women for a time weathered a perception that their being hired as plant bosses was a showy way for GM to “meet quota” for female workers.

But she remembers what her boss, a man, said when she earned a promotion from intern to supervisor within months. The boss recognized Monahan had exceptional skill as a people manager.

Monahan doesn’t think it’s a sexist idea or trope that women are naturally adept at one-on-one communication. She believes it was, and still is, an inherent strength women possess.

“My boss at the time said ‘The reason I’m hiring you, Julie, is you worked your way through college, paid your way through school working as a bartender. If you can manage all those different tavern patron personalities—the angry, the profane, the people who like you one minute and barking at you the next—you can deal with any personality, anybody. That’s who we need. We need you,’” Monahan said.

As Monahan advanced to managing business on the floor and labor relations for the plant’s thousands of union employees, and as Ludwig Scott eventually moved around the country to fill bigger management roles at GM plants in Michigan and Texas, the 1970s and ’80s passed into the ’90s and early 2000s. Attitudes changed.

Monahan said she remembers the late ’80s, when anti-sexual harassment and anti-gender discrimination policies began to emerge. Nude and swimsuit pinup calendars began to disappear from the plant floor, as did catcalls from assembly line workers.

Ludwig Scott remembers hearing vulgar language that might have offended men and women, and she remembers the trick she used to curb it.

“I asked the guys, and it wasn’t always the guys, it was women sometimes … I asked, ‘Would you say that to your mother or your spouse or your daughter? Then let’s not do it here,’” Ludwig Scott said.

Perhaps a bigger sign that women were gaining stature in a workplace that at times could be rugged was that some GM brass started to recognize the value of female leadership.

Ludwig Scott remembers a conversation she had with one former boss from Detroit when she was near age 40, stuck in middle management on the plant floor.

Ludwig Scott never felt her life in manufacturing cast her as a transplant into a “man’s world.” She simply embraced a life’s work that was part of a long family tradition in Janesville. Still, the Detroit boss’s words made her feel as though she had broken through an invisible barrier.

“I did go back to school. I did get promoted. It was not easy, but I did it. It was because of this Detroit gentleman’s words to me, it’s probably why I kept going for it,” Ludwig Scott said. “When somebody tells you they believe in you because what you’re doing is a good reflection and makes a difference, that means something.”

Manufacturing still faces gender-rooted challenges. One remaining hurdle, Monahan and Ludwig Scott said, is that women—particularly single mothers—continue to face the task of balancing work and life at home.

Ludwig Scott and Monahan said they would tell young women—and also young men—who seek leadership roles in business that there’s one main key: being able to listen and communicate face to face.

Both women, now retired, are closely watching Blackhawk Community Credit Union’s progress on its Legacy Center at the former First National Bank building on West Milwaukee Street in downtown Janesville. The Legacy Center will be a museum-like space dedicated to showing the history and legacy of workers at the former GM plant in Janesville.

“It’s why I’m so excited to see it when it’s complete in 2021,” Monahan said. “It’s so that everybody will always remember that General Motors was here and what it helped the community earn, men and women both: a good life.”