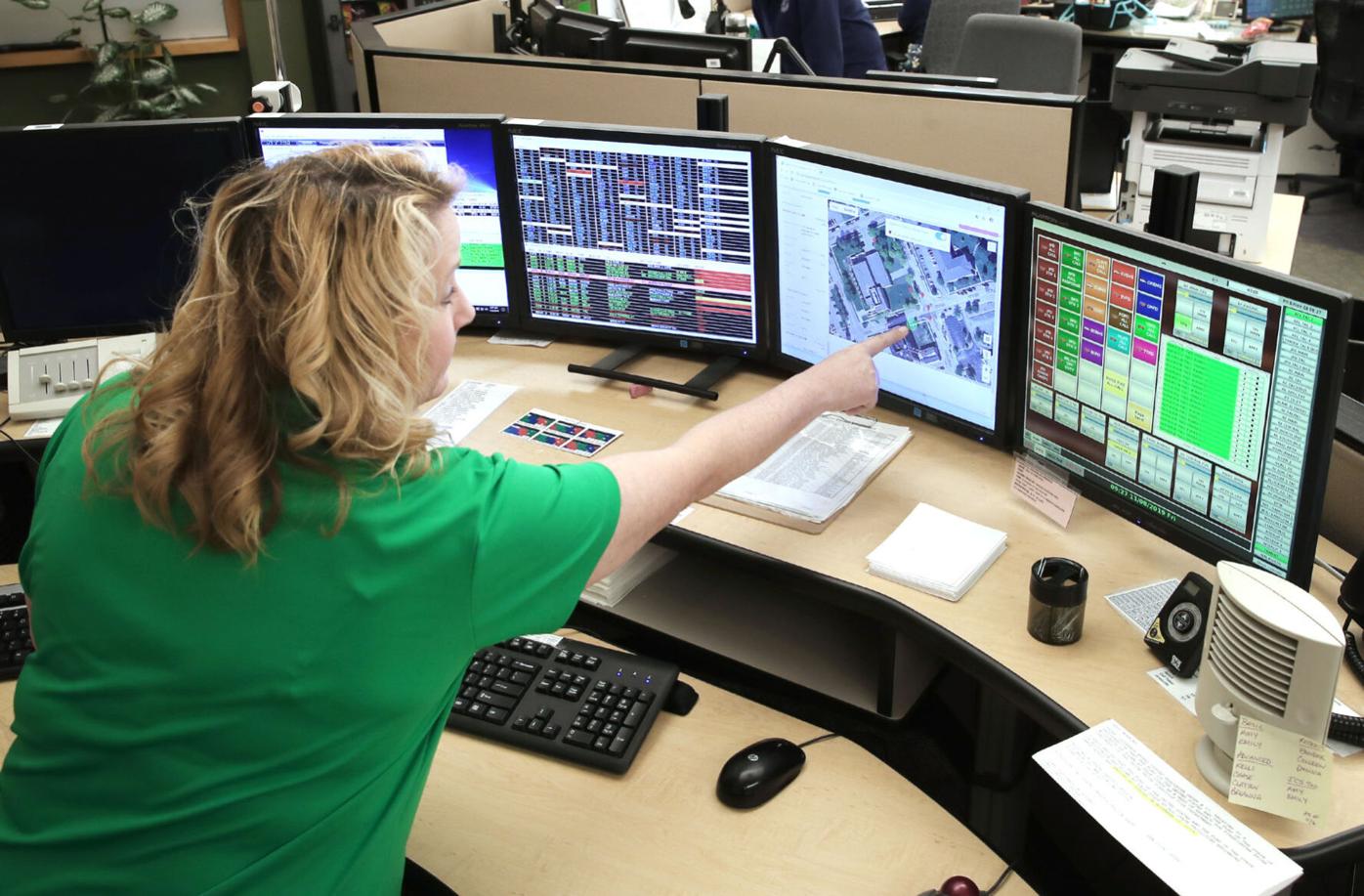 In this 2019 photo, Rock County Communications Center shift supervisor Kathy Churchill points to the location of a cellphone used to call 911, a function made possible through RapidSOS Clearinghouse technology. The center’s director, Kathy Sukus, says she hopes to get more money for wages in the county’s 2021 budget. 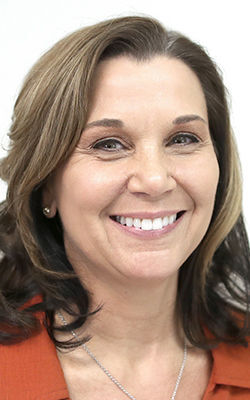 Most kids don’t grow up wanting to be 911 dispatchers.

Rather, their imaginations often fixate on being firefighters or police officers.

Kathy Sukus knows that. But she wants to change the perception of dispatchers, who she says play a crucial role in public safety.

Sukus, the center’s director, said the center has had trouble with staff turnover in recent years, something that is happening to 911 centers nationwide. What might make the problem in Rock County different, she said, is that the wages are lower than in nearby 911 centers.

“This is as important a public safety position as police and fire,” Sukus said. “Because if we don’t get it right, it affects the entire outcome of the call sometimes.

“So that’s why I just take it to heart. I have been here since the place opened,” she said. “And I don’t want our level of service to be affected because we can’t get good people applying.”

Sukus asked Rock County Administrator Josh Smith to raise the starting wage for a telecommunicator—a person who works as a call taker and a dispatcher—to $21.50 per hour from $19.85. The county board will consider Smith’s proposal.

Smith told The Gazette last week that the county could use new public utility shared revenue from the Alliant Energy power plant in the town of Beloit to boost wages and hire a new training employee at the 911 center.

The training employee would mean the center wouldn’t have to pull supervisors away from their normal work to train new employees, Sukus said. Those supervisors also take calls when the center is short-staffed.

She hopes raising the wage will attract more attention from applicants who might have stopped considering that career path because of the pay.

The job isn’t a typical Monday-to-Friday position, Sukus said, and workers can miss holidays, weekends or family events. But she said it’s an important job that deserves a pay boost, which could help the center compete with other types of jobs that are taking away candidates.

She said surrounding agencies in Jefferson County, Whitewater and Kenosha pay more than Rock County currently does. And although it has a higher cost of living, Dane County pays “a good $5 or $6 more an hour starting than us,” she said.

The Rock County Communications Center employs 32 telecommunicators and four workers who take calls without doing dispatching, Sukus said. Recently, it has lost an average of eight employees per year.

Sukus said Rock County’s turnover rate is about 3% to 5% higher than the national average.

The center’s staffers deserve more pay because they handle more than some dispatch centers, Sukus said.

For example, she said Rock County’s center is the only accredited agency in Wisconsin, and it has held that status for more than 20 years. The center dispatches for the entire county, which is not the case for all other centers.

The issue is important to Rock County residents because callers don’t want burned-out or overwhelmed employees answering their emergency calls, she said.

Sukus, who is in her 33rd year, has seen other agencies suffer from far higher turnover rates.

“It’s one of those positions that people forget about when things go right. They forget about us. It’s only when there’s a problem that we come to light, and I just don’t want that for our county,” she said.

“This is where I grew up. It’s important to me that we get excellent service and that these guys are treated the way they should be for the hard job that they have.”

‘Call of my career’: Rock County dispatcher guides lost hikers out of forest

Earlier this month, two hikers called 911 because they were lost northeast of Storrs Lake in Rock County and surrounded by swampy areas. A dispatch supervisor spent an hour guiding them to safety.