This bird’s-eye view of the proposed Ho-Chunk Nation casino-resort development in Beloit shows the project’s main campus. The application appears stalled at the state level as Gov. Tony Evers deals with the fallout of the COVID-19 pandemic. 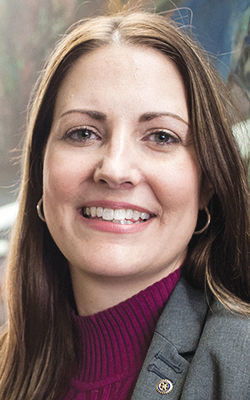 She added that the tribe “is taking that position, as well.”

“It’s just a matter of review and the steps (Evers) has to do to exhibit due diligence,” Luther told board members. “There’s nothing concerning about that.”

The project received federal approval April 16 from the Bureau of Indian Affairs, which sent the plan to Evers. The governor is required to make the second ruling in a two-part determination on the proposal.

A two-part decision is required for gaming fee-to-trust acquisitions under the Indian Gaming Regulatory Act. The Ho-Chunk plan calls for the transfer of 33 acres of land into trust status as part of a larger 73.5-acre plot near Willowbrook and Colley roads and adjacent to the Interstate 90/39 Welcome Center.

Evers has one year to make a decision, but he can ask for an extension of up to six months.

Luther said if the project receives final approval, the city and tribe must move quickly to finalize a development agreement—something she said both entities are not able to do because of the pandemic.

“We will assign the needed staff as soon as the governor approves it, but it would be difficult right now while, for example, we are preparing for community testing,” Luther said, referring to two new Beloit COVID-19 testing sites.

The casino-resort would also include about 45,580 square feet of food and beverage space with a 300-room hotel, a 40,000-square-foot water park and a convention center with about 45,190 square feet for meetings and entertainment, according to project documents.