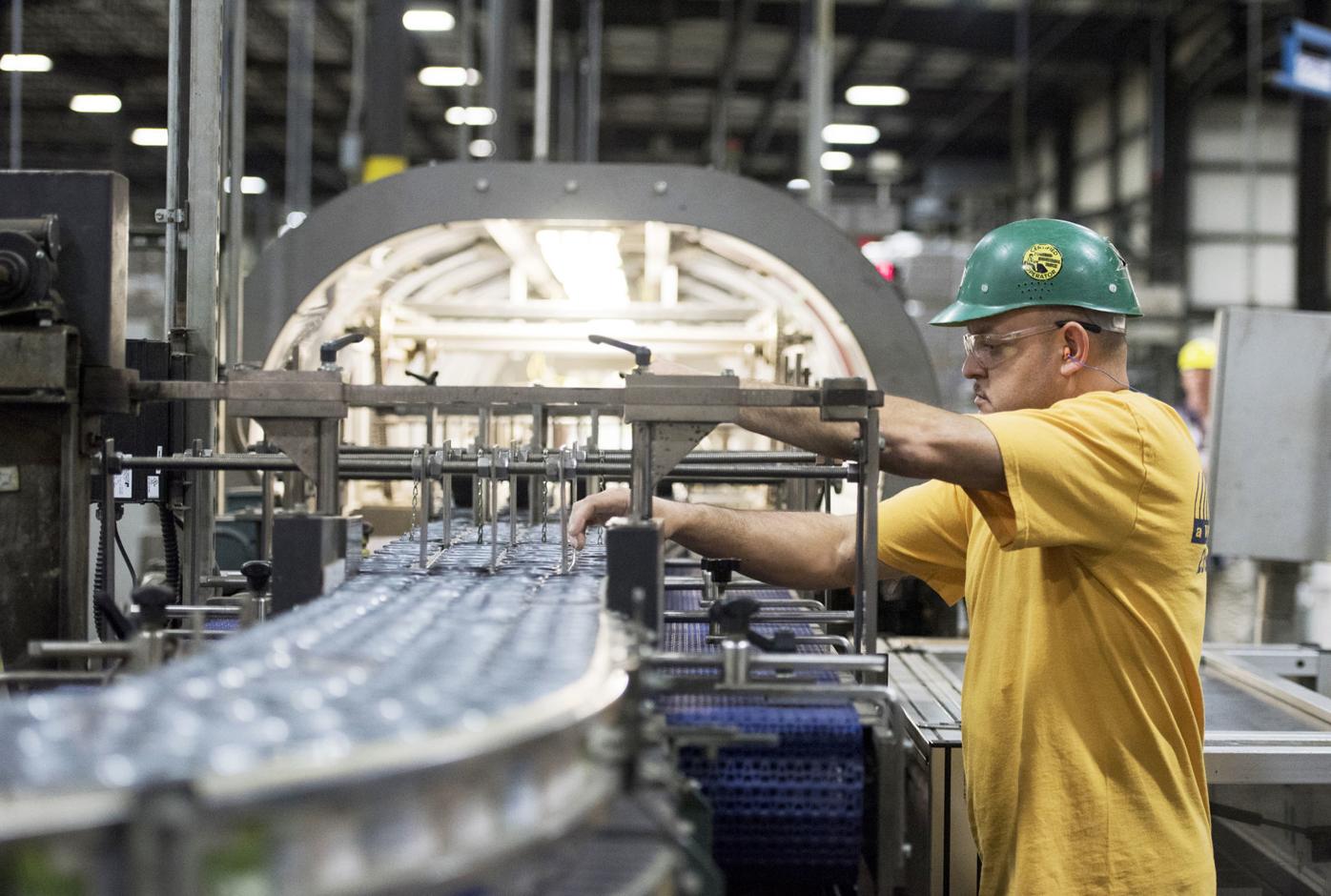 A worker at Seneca Foods in Janesville moves cans through a machine in 2017. 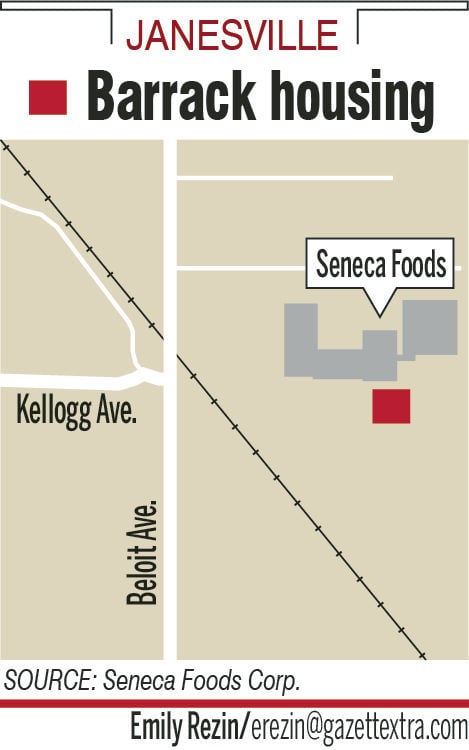 Seneca Foods unveiled a plan to build dormitory-style barrack housing for the more than 100 migrant laborers who work seasonal jobs at the food processing company’s plant in Janesville.

In a proposal sent to the city earlier this year, Seneca says it is seeking annexation and zoning changes that would allow it to build five barracks and other amenities to house about 145 migrant workers who work on the plant’s vegetable processing lines during the busy summer and fall seasons.

If Seneca gets city approval, it would build the barracks on land south of the plant for seasonal migrant workers who come mainly from southern Texas but also from Mexico, a company official said. In recent years, Seneca has been housing workers at local motels, the company said.

“This (motel arrangement) is not a sustainable option from a cost perspective, and further does not allow for quality amenities that we need,” including food, security, laundry service and a location near the plant, Eric Martin, a Seneca Foods vice president, wrote in the proposal.

The proposal, dated March 16, says Seneca has hired more seasonal help in Janesville in recent years, attributing the trend to a regional labor shortage and expanded productivity at the 1 million-square-foot plant.

A growing portion of the seasonal employees are migrant workers who work during the busy season and then return to where they live or move on to other parts of the country to pursue other work.

At other locations in Wisconsin, including smaller plants in Gillett and Oakfield, Seneca has barracks for seasonal workers under a program it refers to in its proposal as a summer “labor camp.”

Over the past few years, Seneca has seen some of its migrant workers become full-time employees. The company anticipates that in coming years, it will need about 260 seasonal workers, nearly half of which Seneca believes will be migrant workers.

Seneca’s Janesville barracks would be managed by a plant crew leader. Each barracks building would house about 30 workers in an open layout with partitions splitting living quarters into multiple dormitory pods to house a few workers each, a company official said.

The housing would include an outdoor green space, an indoor recreation area, kitchens, and a canteen that would provide meals and other services for the workers. There would also be transportation provided for workers to get to and from work, to go shopping, or to otherwise leave the Seneca campus, a company official said.

The Wisconsin Department of Workforce Development has regulatory oversight over such housing, Seneca officials said.

Janesville City Council President Rich Gruber said Seneca has been working with the city for “months” on the proposal and that the company has been considering building barracks for a few years.

Gruber said the barracks would be a step up for workers who have been put up in local motels during their seasonal employment, based on what the city has seen from Seneca’s plans and from touring other company barracks.

The city council is slated for an initial discussion on the proposal Monday, Gruber said.

The proposal would first require the city of Janesville to annex a 6-acre parcel where Seneca plans to build the barracks. The land, which Seneca already owns, is just south of the plant but is currently part of the town of La Prairie.

A Seneca official said the company would like to break ground on the barracks this fall and hopes to begin using the housing in June 2020.

Seneca Foods is one step closer to offering housing for seasonal migrant workers at its property on Janesville's south side.