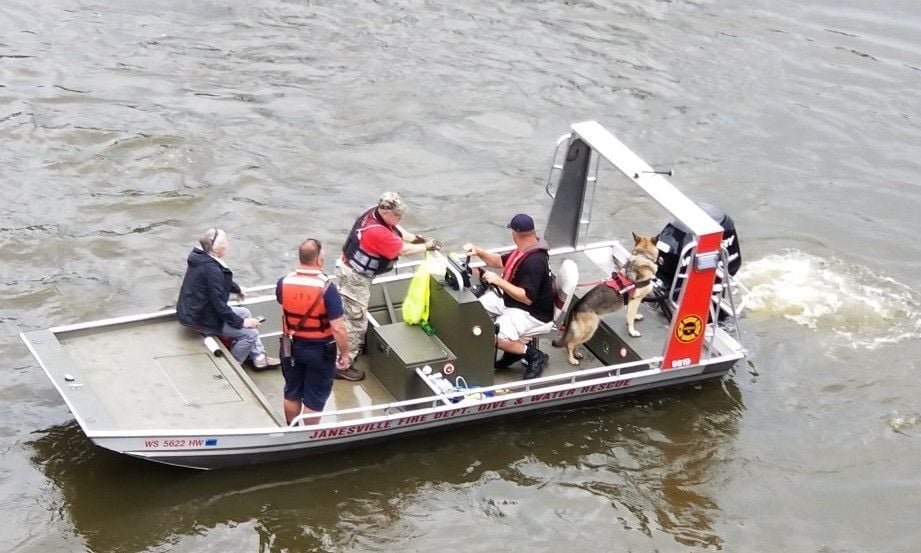 Authorities ferry a cadaver-sniffing dog to the site of the search for 9-year-old Madison Billups on the Rock River on June 26. Billups’ body was found a few days later. 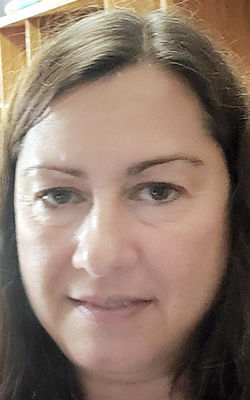 For Rachel Kravitz, the word “closure” doesn’t fully capture what her group of search-and-rescue dogs does for grieving families.

The volunteer nonprofit group Wisconsin K9 SOS responds for free across the state and sometimes to surrounding states and, among other things, helps authorities search for living or dead people.

The group has worked in the Janesville area on two recent cases: the searches for the bodies of Madison Billups, 9, and Johnny D. Hood.

“What we do when we return a family member back to their loved ones is allow them to move on to the next part of their grieving and recovery from their loss,” Kravitz, the group’s president, said in a phone interview. “And we find it a great honor to be able to do that for families.”

Kravitz said they respond to a lot of drownings this time of year, as the dogs are able to smell for bodies in water as well as under ice in colder seasons. The group also helps find people with dementia or autism who go missing.

She said the group has about a dozen dogs and 14 members across the state.

K9 SOS trains its own dogs, she said. When consulting with outside experts, members either travel for trainings or bring someone to Wisconsin.

Some members buy their dogs from breeders, while others have dogs that are donated. Others might adopt rescued dogs and train them, she said.

The group has two dogs that were on a career track to be service dogs, but they were “a little too exuberant for that line of work,” Kravitz said with a slight laugh.

One of those dogs is training to work in human remains detection.

Kravitz said most members train multiple times per week, and when they train depends on whether they’re working full time or retired.

The coronavirus pandemic has affected how often members can train as a group, but Kravitz said members continue to train on their own.

To train the dogs, the group uses human cadavers and follows standard practices for obtaining, handling and storing them, Kravitz said. It’s important to train with human bodies so the dogs can differentiate between those scents and that of a dead raccoon or deer, for example.

The group pays for its own gear, too, on top of paying for seminars and certifications, she said.

Kravitz has been involved with K9 SOS for 15 years but in search-and-rescue more broadly for 19 years.

Law enforcement or other emergency services can request help from K9 SOS, but Kravitz said members can respond with a larger network of search groups—known as Search Teams of Wisconsin, or STOW—when needed. That makes the process more seamless.

Among their services are ground searches and mounted searches on horseback.

“If you need everyone, you get everyone and all their resources,” she said.

Those interested in donating to Wisconsin K9 SOS Search and Rescue can do so by visiting its website at wik9sos.org/donate.php, calling 866-945-9767 (866-WIK9SOS), or emailing wik9sos@gmail.com.

The stretch of Rock River where a young Janesville girl drowned last week runs past Anglers Park, a city park where families congregate. But the river near the park is treacherous enough that authorities say it's unsafe even for trained rescue divers.