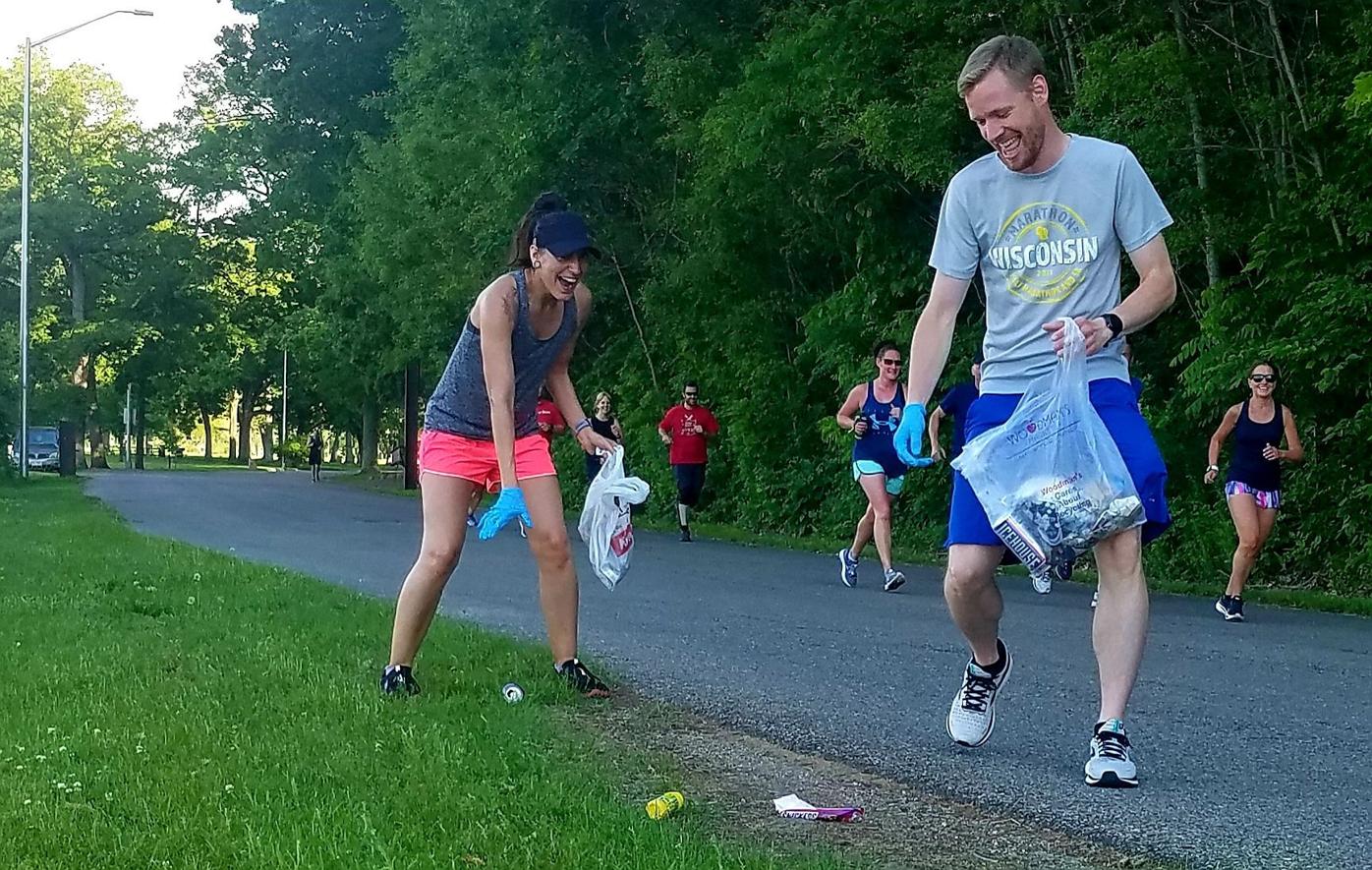 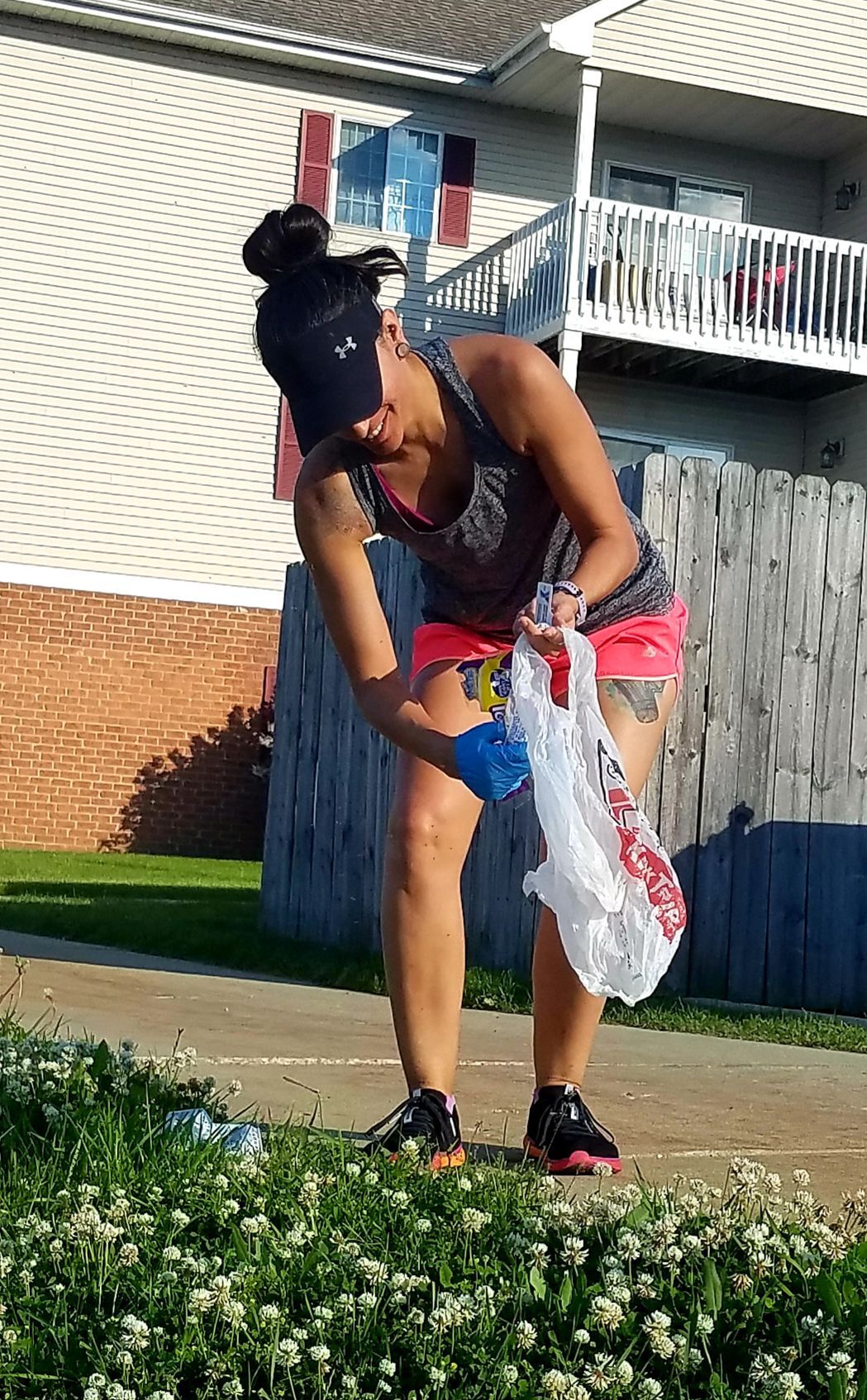 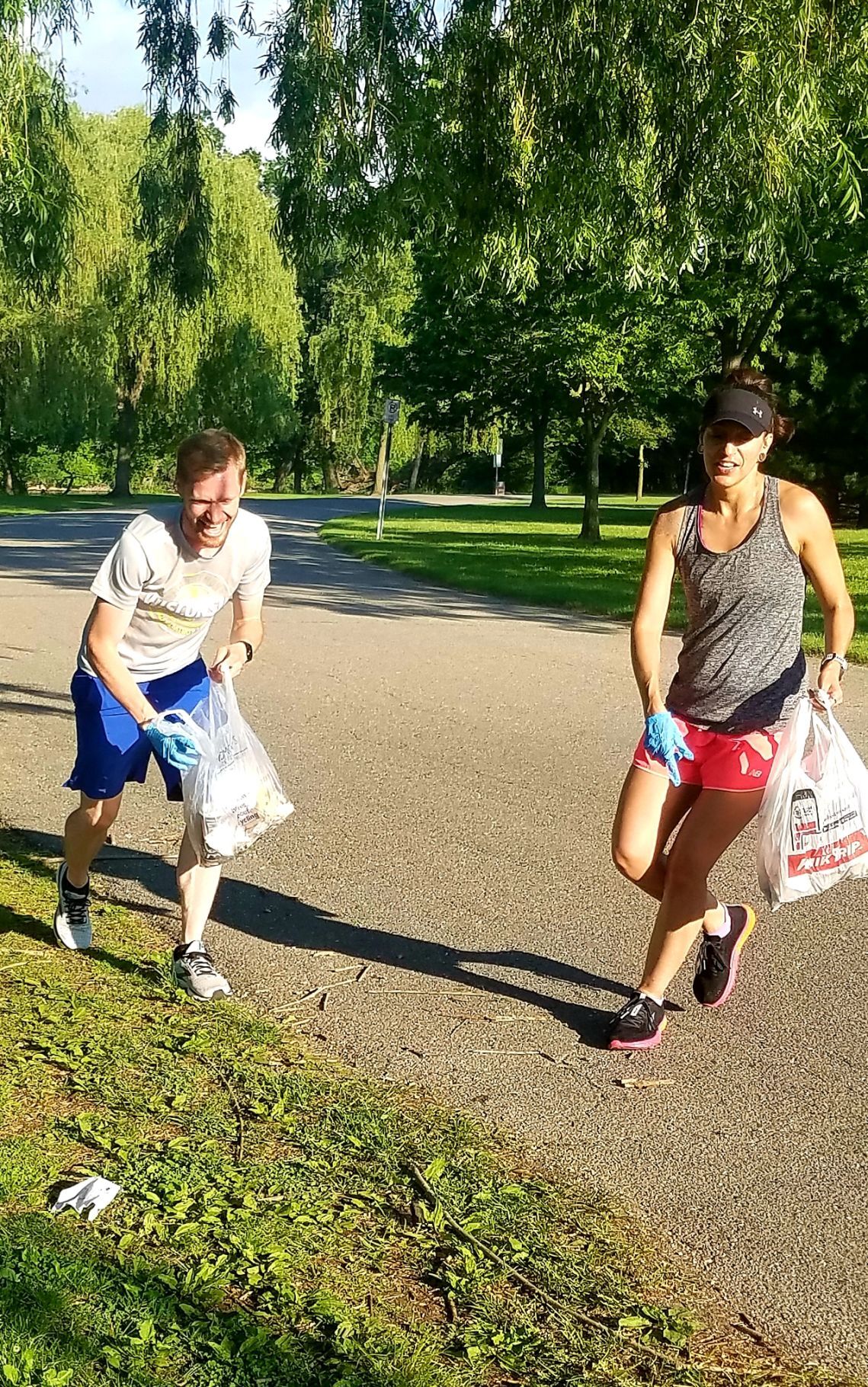 We expect government services such as clean water, snow plowing and garbage pickup. But some things we can do for ourselves. One of those things is plogging.

It’s a new word for most of us, but the idea is as simple as a walk in the park.

In fact, it involves a walk in the park or along a neighborhood street, where some members of our community—for reasons passing all understanding—will leave empty cans, food wrappers and other litter.

The idea of plogging occurred to members of the Janesville Morning, Afternoon and Night Run Group this spring, even though they had yet to hear the word.

The group runs in all parts of the city, and “we always see trash,” said group member Joshua Pickering.

Runners discussed the idea of collecting litter while on their runs, but nothing was done until Pickering attended a Downtown Janesville Inc. meeting, where longtime downtown activist Jackie Woods brought it up.

Woods had read about plogging in Beloit, where a group started in 2018. She suggested organizing ploggers here. And Pickering, well, he ran with the idea.

Time out for etymology: Plogging combines “jogging” with the Swedish phrase “plocka upp,” which means to pick up.

On Tuesday, members of the running group met at The Looking Glass tavern downtown and ran the Ice Age Trail out to the end of Riverside Park and back.

Several members ran with plastic shopping bags in hand and plogged along the way.

Again, it’s simple: You run, spot trash, stop, pick it up and stuff it in a bag. The runners collected about six grocery bags of stuff, even though the trail and park appeared fairly clean at first glance.

One thing they learned: One person can’t see all the trash. In places where one runner scooped some up, another runner came along later and found more.

They hope to make this a Janesville thing. Pickering has set up a Janesville event next Monday through Friday to get as many city residents as possible involved. The Facebook event page is called Plogging in the 608, which connects with the fact that Tuesday is 608 Day (June 8 is 6/08, and 608 is our phone area code.).

And anyone can do it. Running is not an essential part of it, at least as far as the Janesville version of plogging goes.

“You can walk. You can crawl if you need to,” Pickering said.

“If everyone did just one grocery bag, think of how much trash would be picked up,” Pickering said. “If everybody would do their own neighborhoods, a lot could get done.”

The event will feature no prizes, no music, no snacks or speeches. Just the satisfaction of making things a little bit better.

And if you want to follow the example of a certain local running group and rendezvous with friends afterwards at a local pub, well, there’s nothing stopping you.