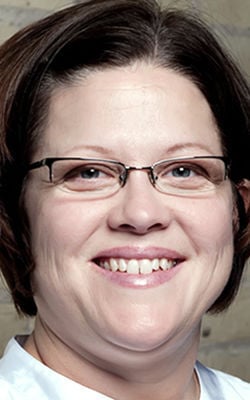 In hopes of addressing the racial disparities in the local youth justice system, Rock County officials want to target discrimination against youth of color in three key areas.

Racial bias—whether implicit or explicit—exists with everyone in every part of the youth justice system, she said, and targeting the decision points specifically and intentionally can help overcome what contributes to the disparities.

Racial disparities remain prevalent for Black youth in Rock County even though the total number of youth arrests has fallen over the last decade, according to data Schiffman shared earlier in fall.

And a Gazette analysis of police and school data published in June found that Black students at Janesville public schools were cited, arrested and referred to juvenile authorities at a rate that was more than seven times higher than that for other races.

Ryan Trautsch, youth justice program manager for the county human services department, said he hopes to create three subcommittees to focus on each of those decision points.

He ended Thursday’s meeting asking for volunteers to reach out to him, so the exact number of subcommittees could depend on how many people express interest.

Officials representing police, schools, lawyers, county human services and youth justice workers attended the meeting. Organizers hope to include parents whose children have been involved with the system, as well.

The youth justice system has other decision points, but Schiffman’s presentation highlighted arrests, detention and disposition.

With arrests, she said ethnic and racial bias can make someone view the misbehavior of Black and Latino children as more threatening, disrespectful and worthy of harsh punishment when compared to similar behavior by their white counterparts.

Those children of color are also perceived as being two to five years older than they are, according to her presentation.

Youth of color disproportionately receive the harshest forms of punishment in school discipline: suspension, expulsion and arrests, according to research.

Additionally, she said research shows only about 1% of police training hours concerned youth justice, mostly focusing on juvenile law. That was the case even though officers have a high number of contacts with and arrests of young people.

An example of reform in this area is creating an alternative to zero-tolerance policies in schools.

When it comes to the detention decision point, Schiffman shared research that showed 80% to 90% of American teenagers self-reported that they had committed an illegal act that would qualify for time behind bars.

And yet youth of color are more likely than their white counterparts to be detained for similar behaviors, she said.

Schiffman’s presentation also cited a survey that showed youth of color made up about one-third of U.S. adolescents but 60% of youth detained in juvenile detention facilities.

At the disposition level, Schiffman said youth of color are more likely to see their cases end with out-of-home placements or incarceration. A method to reduce that is to ensure access to and availability of alternatives, she said.

The Youth Assessment and Screening Instrument, an assessment tool used in Rock County since 2008, has helped address some racial disparities.

Her presentation also touched on how to effectively structure reform work, with one suggestion involving naming a coordinator who can keep matters on track and watch where progress is being made.

Schiffman said talking about race can be challenging because people get defensive. She said some might try to redirect the conversation to matters of poverty, for example.

But she stressed that officials should focus on what they can control to address the instances of racism that evidence overwhelmingly shows exist.

Janesville and Rock County officials want to bring a diversion program to a local middle school, with the goal of getting children the services they need sooner without going through the youth justice system.