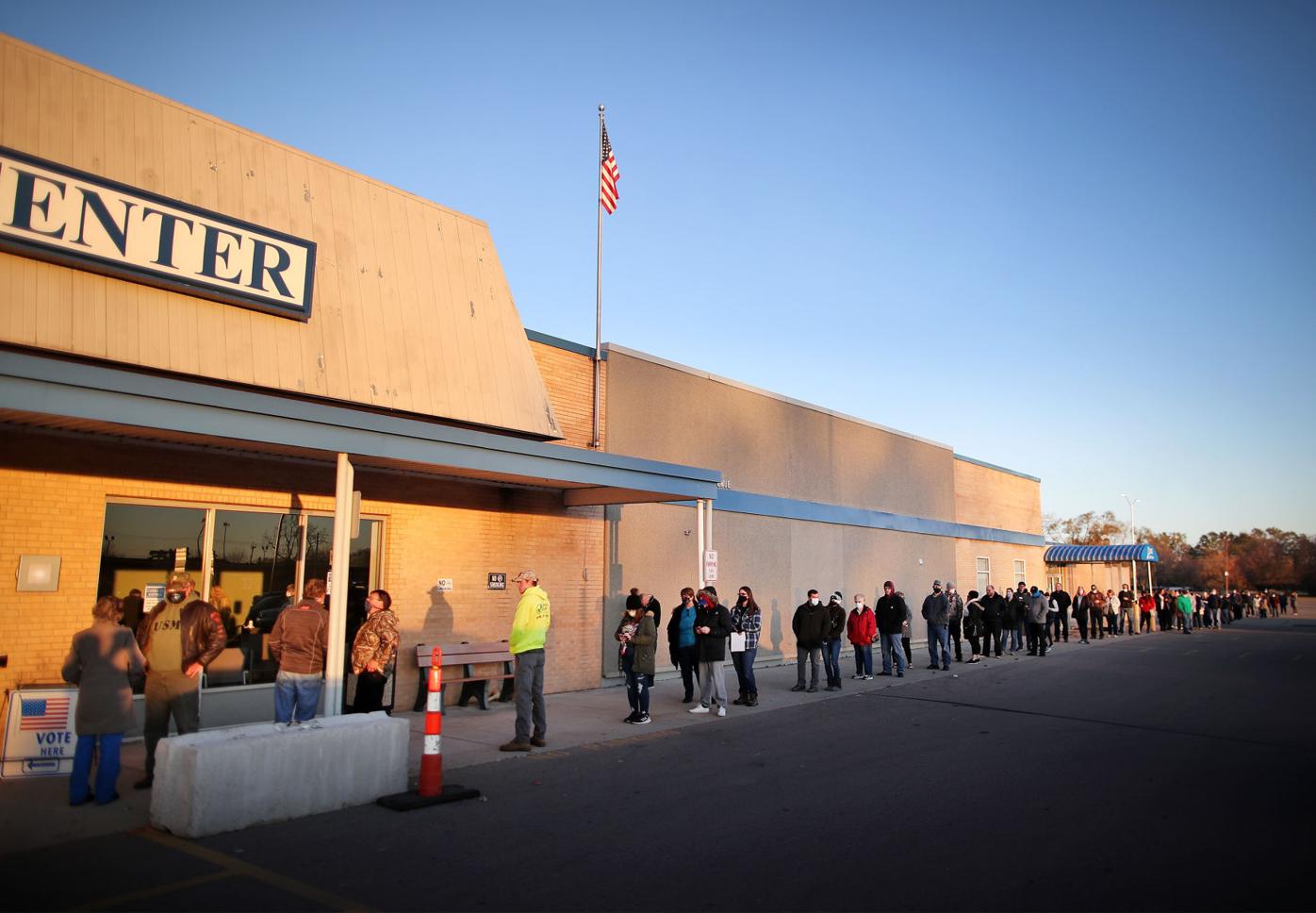 A line of more than 120 people stretches outside the Rock County Job Center as voters prepare to vote Nov. 3 on Janesville’s south side. Rock County Clerk Lisa Tollefson says she strongly disputes any claims of fraud or irregularities with Rock County’s election results.

Rock County Clerk Lisa Tollefson is pushing back against claims of vote tampering in Rock County during the Nov. 3 election.

A Monday article published by The Gateway Pundit, a conservative news and opinion website, claims that a source in Rock County observed vote totals being switched from President Donald Trump to President-elect Joe Biden. It alleged roughly 10,000 votes were switched in election night reporting.

The article shows screenshots of Rock County results, submitted by the anonymous source, that were part of Fox News’ election night reporting. The article does not include figures from the Rock County election website.

“It looks like the news outlet reported incorrect information,” Tollefson said. “That’s not the county’s website, and we’re trying to figure out where the information came from and where the discrepancy came from.”

The apparent glitch came when The Associated Press briefly transposed Trump’s and Biden’s Rock County numbers on Nov. 3, according to the fact-checking news website PolitiFact, which was not reflective of the accurate vote totals used by Rock County election officials.

“There was a brief technical error in AP’s collection of the vote count in Rock County, Wisconsin, that was quickly corrected,” Patrick Maks, an AP spokesman, said in an email to PolitiFact Wisconsin. “AP has myriad checks and redundancies in place to ensure the integrity of the vote count reporting. We are confident in what we have delivered to customers.”

Rock County held its official vote canvassing Monday, and Tollefson said fewer than 20 provisional and write-in ballots were added to the overall count. She strongly disputes any claims of fraud.

“Our reporting on election night was correct,” Tollefson said. “We stand by those results, and the canvass proved that we got it right.”

”I take that rather personally because without a doubt we had a fair elections process in Beloit and across the county,” Luther said.

Trump is expected to request a recount in Wisconsin after all counties report the results of their official vote canvasses on Nov. 17. If the current margin of 0.7% remains, the Trump campaign would be required to pay millions for a recount.

The Gateway Pundit also claimed there were incidents of voter fraud in the 2016 election.

Although it is labeled as a site that spreads conspiracy theories and hoaxes by other media, The Gateway Pundit was granted White House press credentials in 2017.

No recount for Rock County

Rock County's votes for president won't be recounted, but the threat of a recount affected county Clerk Lisa Tollefson's office.