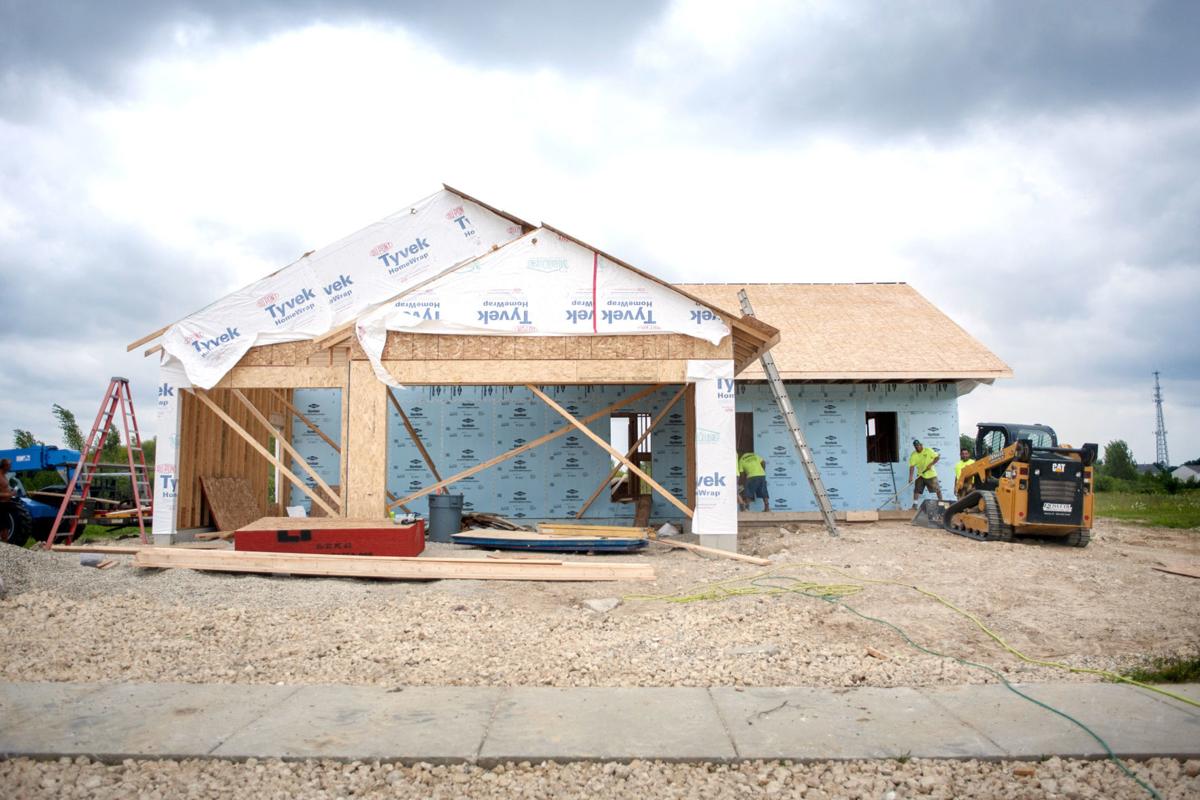 A crew builds a house in The Ridges subdivision on the north side of Janesville on Tuesday. 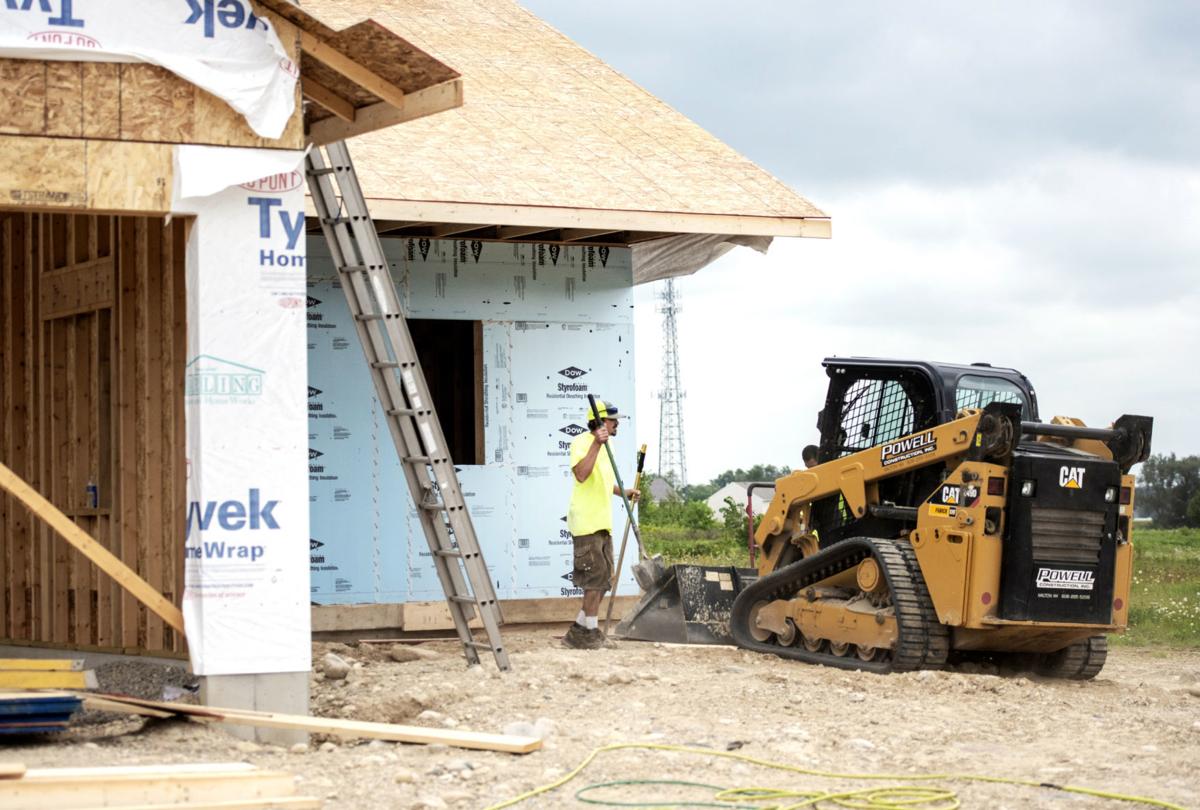 Workers construct a home in the Ridges subdivision in Janesville. 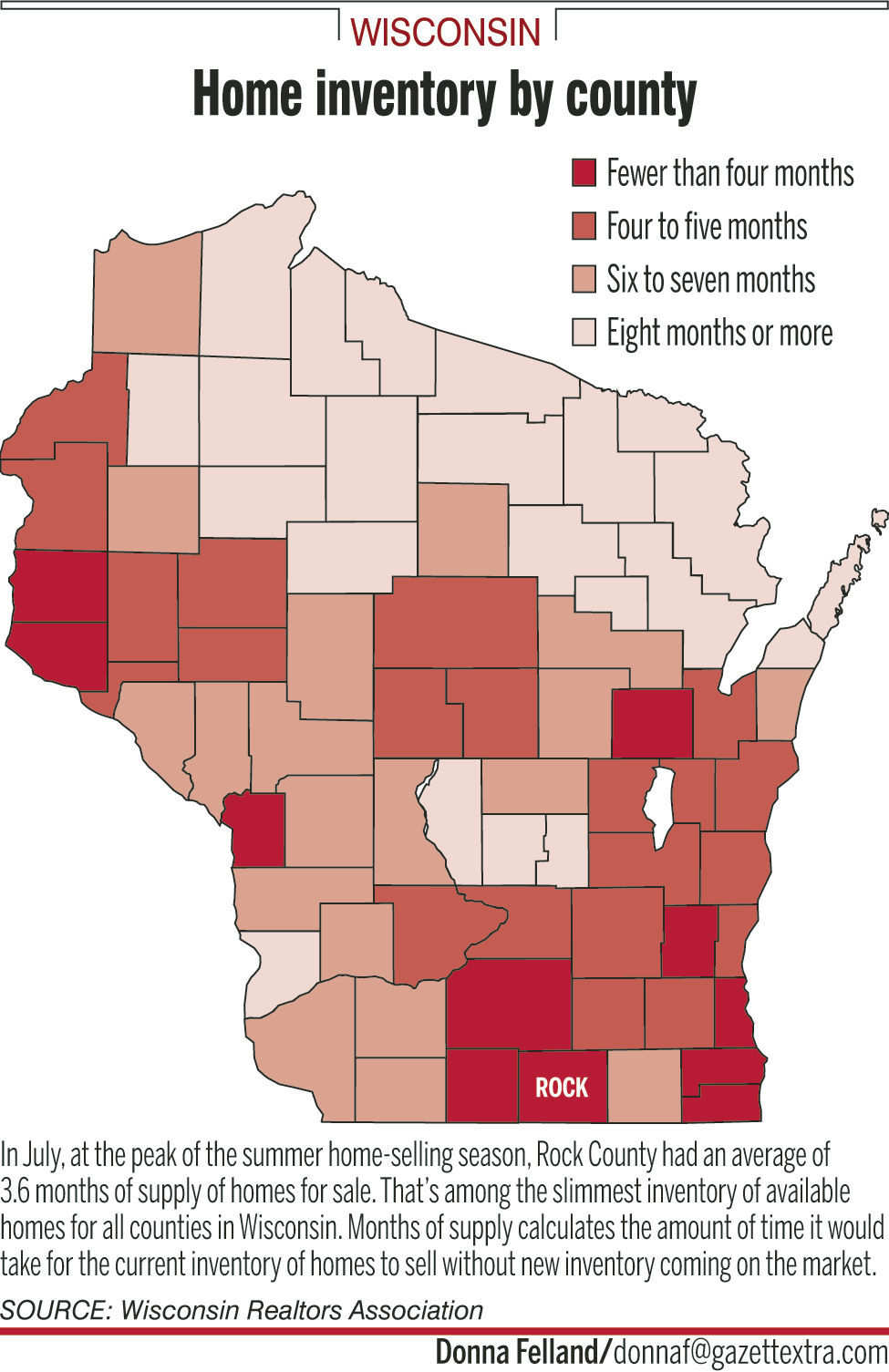 A crew builds a house in The Ridges subdivision on the north side of Janesville on Tuesday.

Workers construct a home in the Ridges subdivision in Janesville.

The Janesville-Beloit area is among the top “hot spots” in the U.S. housing market, according to one analyst.

According to a market report by the online home sale listing service Realtor.com, local housing markets in the Midwest have begun to overtake coastal and southern markets among areas where homes are selling the fastest.

Janesville-Beloit, according to the report, has the 12th-hottest market for selling homes in the U.S. The report lists the top 20 markets for home-selling. Only one other Wisconsin metro area, Racine, which is listed No. 8 on the list, ranks higher than Janesville-Beloit.

Local and state data on housing in the last few months show a swiftly moving but tight market for existing home sales. Bankers and builders said there are signs new home construction is on the rise in some pockets around the Janesville area.

Existing homes here now are selling within an average of 73 days, and some faster, depending on the market segment, local lenders say. In the hot markets of Racine and Kenosha, homes are selling in as little as 61 to 67 days on average, according to state Realtors association data.

Existing home inventories here remained tight—tighter, in fact, than almost anywhere else in Wisconsin. Rock County now has about 3.6 months of available inventory in existing homes for sale. Months of inventory measures how many months it would take a market to sell all its existing homes if no additional homes were added.

Analysts say a housing market is “balanced”—neither a buyer’s or seller’s market—if it has 6 months of available inventory.

Only two other counties, St. Croix and La Crosse, had inventories of existing homes lower than Rock County.

Loren Fellows, a vice president of Johnson Bank in Janesville, said the tight market for existing home sales and apartments in Rock County is starting to lead more home buyers to opt to build new homes rather than wait for an existing home to come on the market.

Fellows said new housing starts are emerging as one of a few trends in the local market. She said it’s being driven primarily by second-home buyers, although she said people moving here to work in or near Janesville and even first-time homebuyers are buying new homes or having them built on contract.

“Where there is a little bit less of an inventory, people are saying ‘Yes, I want to build my home.’ We’re seeing more people building now than in the years past as well as more people renovating homes they own,” Fellows said. “We’re seeing more of both than we have in a while.”

The cost increase could be a reflection of a low overall inventory of homes on the market, an increase in lot prices or a sign of emerging demand for home construction materials and labor that emerged last year in tandem with a tariff on Canadian lumber that analysts predicted would increase costs to build new homes.

Doug Scott, president of Advantage Homes in Janesville, said the Janesville market has a shortage of available lots for new homes. But he said a flurry of housing starts in outlying towns and in neighboring areas such as Newville is putting Rock County on the map as a key area for home construction.

Scott said the Wisconsin Builders Association reports 107 housing starts in Rock County in the first seven months of 2018, compared to 75 housing starts during the same period a year ago.

Scott is building new homes in The Ridges, a subdivision on the far north end of Janesville off County Y. On Tuesday, several new starts there were being framed up, and contractors were pouring concrete driveways.

Homes in The Ridges are being built in the $225,000 to $325,000 “sweet spot” that Scott said is attractive to second-home buyers, particularly those coming into the market from nearby areas where homes are selling for much more.

Scott said he’s seeing contractors and subcontractors coming in from both Madison and Rockford, Illinois, markets for jobs building new homes in Rock County. That’s in part because there is a relative scarcity of labor in Rock County but also because price points for new homes are still considerably lower here than the neighboring metros of Madison and Milwaukee.

“You’re not going to touch very much of anything up in Dane County for the price range we’ve got here,” Scott said.