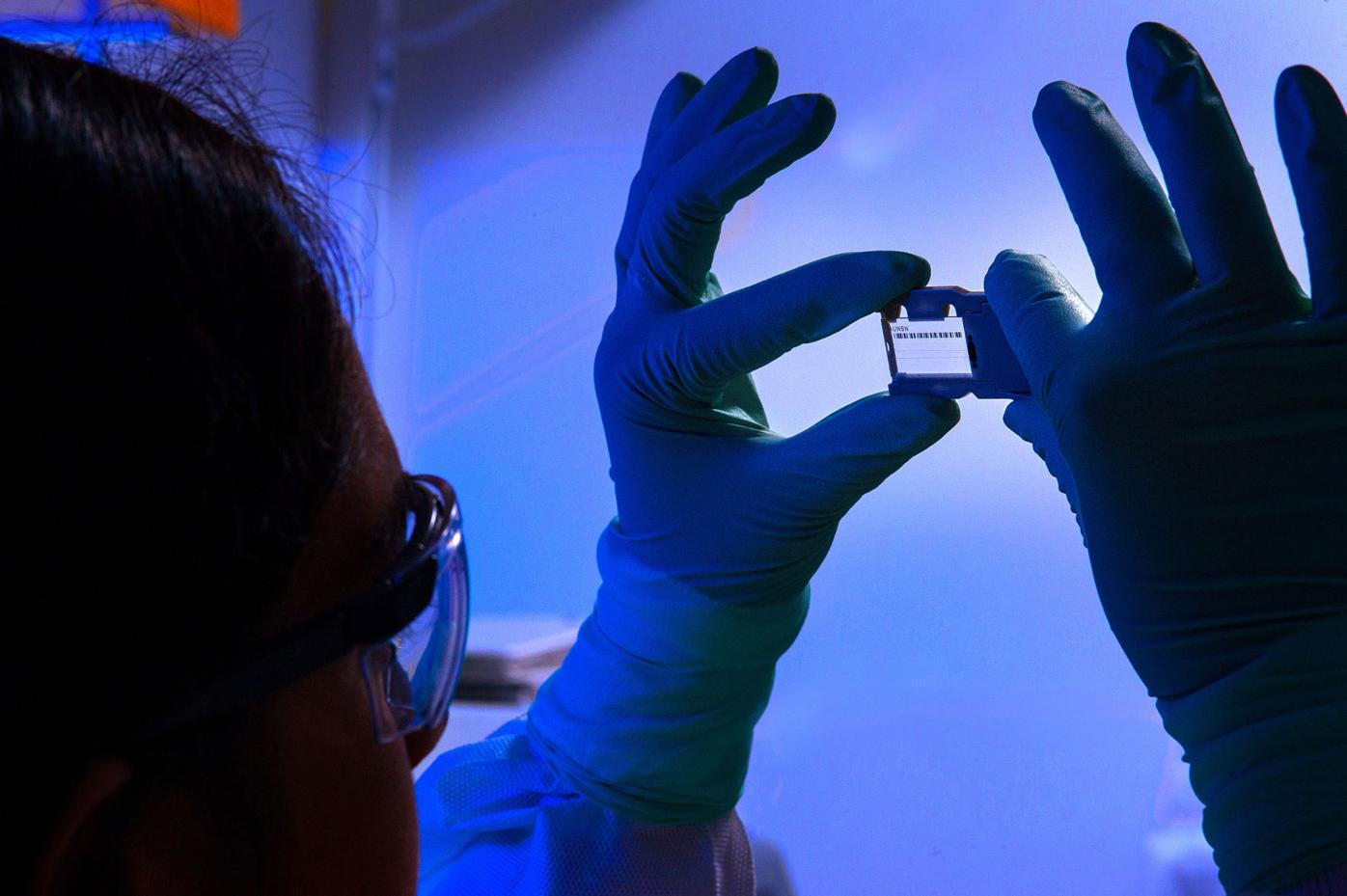 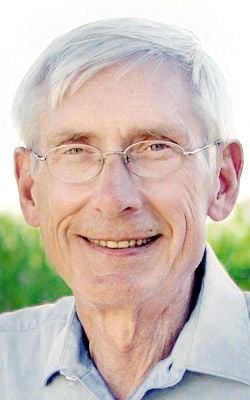 A bartender and patrons at downtown Janesville tavern Wiggy’s Saloon tuned in Tuesday night to hear Gov. Tony Evers issue an advisory recommending people stay home and businesses allow employees to work remotely as the coronavirus surged to a record peak across the state.

They said they didn’t hear anything new.

In a Tuesday night address, Evers said projections show the death toll could double in a matter of months, and he urged people to stay home and continue wearing face coverings in public under an order he set earlier this year that faces a legal challenge but otherwise isn’t set to expire until later this month.

Evers told Wisconsinites he plans a package of COVID-19 bills in days to come, but for now, the governor is advising people to avoid gathering in big numbers at bars and private social gatherings.

It’s a bell the governor has been sounding for months, and on Tuesday night patrons and staff at Wiggy’s said they didn’t think they heard anything new in the governor’s address.

One patron, Janesville resident Dave Thobe, sat among a group of six or seven other patrons drinking bottles of Miller High Life and eating an order of cheese bread.

“We weren’t really sure what it was the governor was getting at. It seemed like this kind of wishy-washy thing,” said a Wiggy’s bartender who identified herself only as Tammi.

“We were waiting to hear something different, some new rules or something the governor hasn’t been saying this whole time, but we didn’t,” she said.

Evers, a Democrat, announced the advisory in an unusual evening address the same day the state broke daily records for COVID infections and deaths. Evers streamed the address live on his Facebook page and YouTube channel.

He has sounded the same themes for months during twice-weekly news conferences to little avail. He warned in his speech that deaths could double to 5,000 by January if something doesn’t change.

“So I want to be clear tonight: Each day this virus goes unchecked is a setback for our economic recovery,” Evers said. “Our bars, restaurants, small businesses, families, and farmers will continue to suffer if we don’t take action right now—our economy cannot bounce back until we contain this virus.”

Evers’ administration has made no recent headway against the virus largely because of opposition from state Republican lawmakers and their conservative allies.

The governor issued a stay-at-home order in March but the Wisconsin Supreme Court struck the mandate down in May after a challenge from Republican lawmakers.

A state appeals court last month blocked Evers’ order limiting gatherings in bars, restaurants and other places. And the state Supreme Court is scheduled to hear arguments Monday on the latest legal challenge to Evers’ statewide mask mandate, which remains in effect.

The governor issued the stay-at-home advisory in the form of an executive order but it carries no weight in light of the Supreme Court decision in May. The advisory states that the governor recommends staying at home and businesses should let employees work remotely.

The advisory goes on to recommend that people avoid gathering with anyone from outside their homes, maintain social distancing and wash their hands frequently.

Other than to recommend people stay home if sick, the governor on Tuesday did not recommend any new COVID mandates or recommendations for how public schools should handle the statewide spike in the virus.

Evers did promise during his speech to present a package of legislation addressing the virus. He did not say what measures the bills would enact, and he didn’t give details about when those bills could be unveiled.

Republicans control the Legislature, which hasn’t met since April, when it passed a coronavirus aid package.

Pressure has been building for the GOP to act but so far Republican leaders haven’t signaled they plan to do anything.

“But now, as we put the election behind us, we are called upon to remember the things that unite us—and that includes the struggles that we share,” Evers said in his speech. “I am concerned about what our current trajectory means for Wisconsin health care workers, families and our economy if we don’t get this virus under control.”

The state has now seen 278,843 infections and 2,395 deaths since the pandemic began in March. Wisconsin was fourth in the nation in per capita infections over the last two weeks at 74,452 cases per 100,000 people, according to Johns Hopkins University. North Dakota was first, followed by South Dakota and Iowa.

The Wisconsin Hospital Association reported that 2,070 people were hospitalized with COVID-19 as of Tuesday afternoon, a record. The state has set a record for daily hospitalizations every day since Nov. 2.

Evers echoed statements he’s made in the past both months ago and recently, saying Tuesday night that “it’s not safe to go out. It’s not safe to have others over. It’s just not safe. And it might not be for a while yet.”

He said deaths from COVID “are not foregone conclusions, they are predictable and preventable.”

Evers suggested that people forgo large gatherings at bars and restaurants, and he recommended that people eschew big holiday gatherings that would include people outside immediate family, although nothing in his order Tuesday night required people to adhere to the advisory.

He said if there are no new or additional COVID control measures taken, epidemiology researchers believe Wisconsin could be on pace to reach as many as 5,000 to 5,900 COVID deaths overall by Jan. 1, 2021.

Under two other scenarios, the state’s source claims, the state could fare marginally better—or much worse.

Data the state uses shows that a “universal” public masking mandate could slow the growth in new COVID cases 16% to 20% over the next two months.

But under another scenario, an “easing” of public COVID mandates such as mask wearing and social distancing measures, the data projects that COVID cases could peak dramatically, perhaps somewhere between a 47% and 88% rise in cases.

The data indicates that if masking rules or other measures were eased or removed, Wisconsin could hit 6,900 total COVID deaths by Jan. 1—with as many as 11,200 deaths by New Year’s Day, the data source indicates.

All those projections come from recently updated data released by the University of Washington research group the Institute for Health Metrics and Evaluation. The group’s data is widely cited by state and local governments nationwide as a main method to track COVID-19 infections and deaths from the virus.

In Rock County, 15 new patients were hospitalized with COVID-19 between Monday and Tuesday. That’s a record for a single-day increase in hospitalizations for the virus, county health officials reported.

Wiggy’s Bar staff and patrons said that like some other bars, the tavern has seen a drop-off in business in the last couple months as a COVID-19 spike has hammered the state and Rock County.

Thobe said he opts not to wear a face covering while he’s in a bar drinking a beer, but he wears masks publicly, something he said is “out of respect for other people.”

He said he is worried about bars such as Wiggy’s that he said have responded to COVID and countywide recommendations by eliminating dart league and cards nights to limit crowds.

“I keep a pack of masks in my car, and I use them. But I feel like things have gone on to the point now that you can’t just go around encouraging people to stay out of businesses or to shut down small businesses again,” Thobe said. “It’ll destroy some of them.”

The Associated Press contributed to this report.