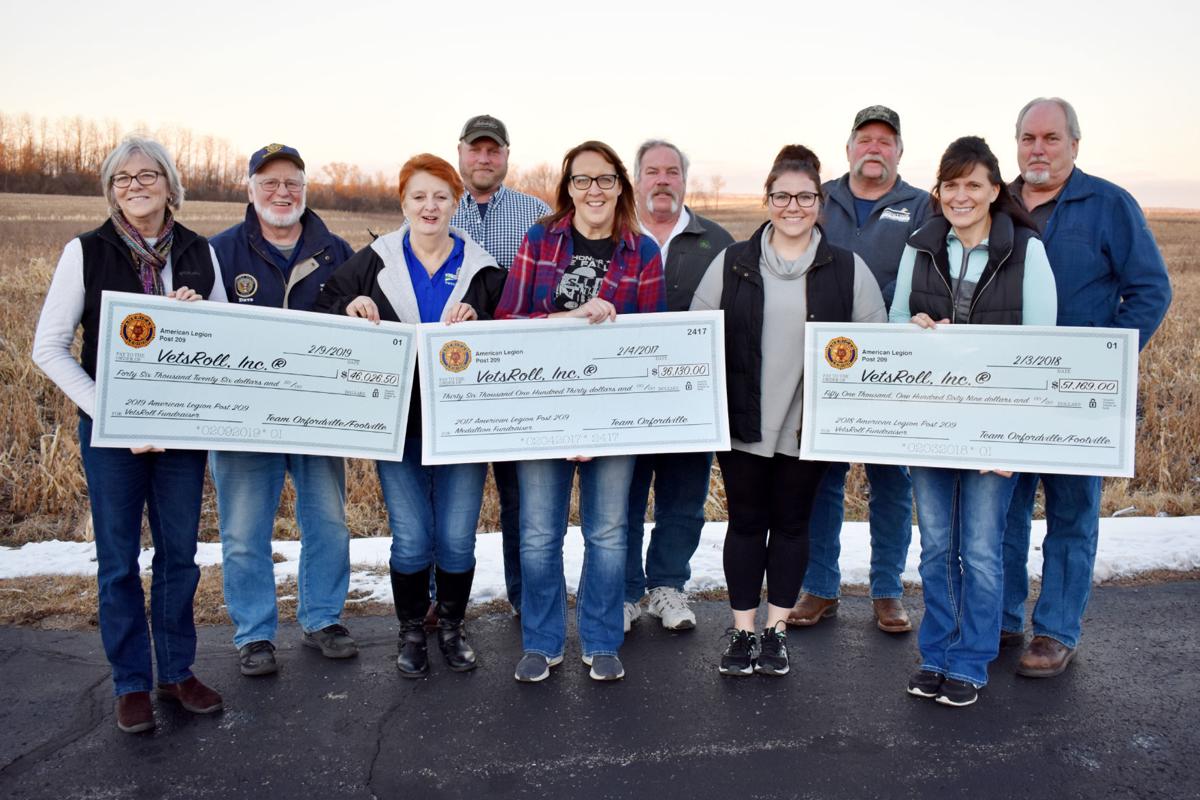 Volunteers with the Orfordville American Legion Post 209, Footville Patriot Days Committee and Friends of the late Cpl. Ben Neal gather for a photo near sunset in Orfordville. The VetsRoll Meat Raffle has raised more than $200,000 for VetsRoll over nine years. 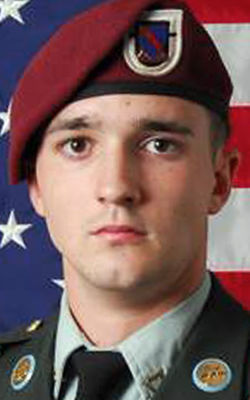 Love for one fallen veteran has helped bring closure and honor to more than 230 other veterans.

Since it started nine years ago, the VetsRoll Meat Raffle has raised more than $200,000 for VetsRoll, thanks to Orfordville American Legion Post 209, the Footville Patriot Days Committee and Friends of the late Cpl. Ben Neal.

This year’s event is expected to draw 400 or more people.

The VetsRoll 11 Meat Raffle will be held Feb. 8 at American Legion Post 209. The grand prize, which is worth $3,000, includes a quarter of a processed steer and half of a processed hog, a Weber Genesis gas grill and a patriotic vinyl-wrapped Amana chest freezer.

Much of the event’s support has been in memory of Neal.

The community’s love for Neal spurred a wave of generosity that has only grown over the years.

Dave Abrahamson, a Vietnam-era Army veteran and former post commander, recalls how he counted money from the first raffle on his kitchen table. For the past two years, the events have brought in at least $50,000 and he has needed five volunteers to help count.

Some members of the Friends of late Cpl. Ben Neal recall that Neal attended the first meat raffle with his family when he was home on leave. After his death, the Friends and others stepped forward to help.

In 2014, Neal’s friend Tina Aasen, cousin Denise Speich and aunts Julie Neal and Heidi Strzok helped launch the Footville Patriot Days Committee, which usually donates $5,000 to $7,000 to the meat raffle each year. The committee raises money through a softball weekend with beer gardens and a fun run.

The women said the community is so tight-knit—and the cause is so widely popular—that people donate whatever the committee needs. Speich said if committee members forget to send someone a donation letter, they get phone calls.

“It’s evolved to people reaching out to us,” she said.

Members of the Friends group and others—such as Nate and Stacey Woodman—often sell 3,000 raffle tickets each. They work for months to set up the event, secure donations and deliver VetsRoll medallions.

Those who sell tickets and medallions said it’s not difficult to raise the money because people are eager to help VetsRoll and give veterans the respect they deserve.

Penny Bastian, a volunteer VetsRoll assistant, said her work is a way to honor her son, who served in the Marines, and her late husband, Joe Bastian, a Vietnam veteran who died before he could go to Washington, D.C.

She said all of the effort is worth it when she sees the expressions on the veterans’ faces.

Tickets: $5 per ticket or three for $10. Tickets are available at Finnegans RV in South Beloit, Illinois, and various locations in the Orfordville area.

VetsRoll medallions also will be sold for $100. The 325 newly minted medallions are expected to sell out this year.